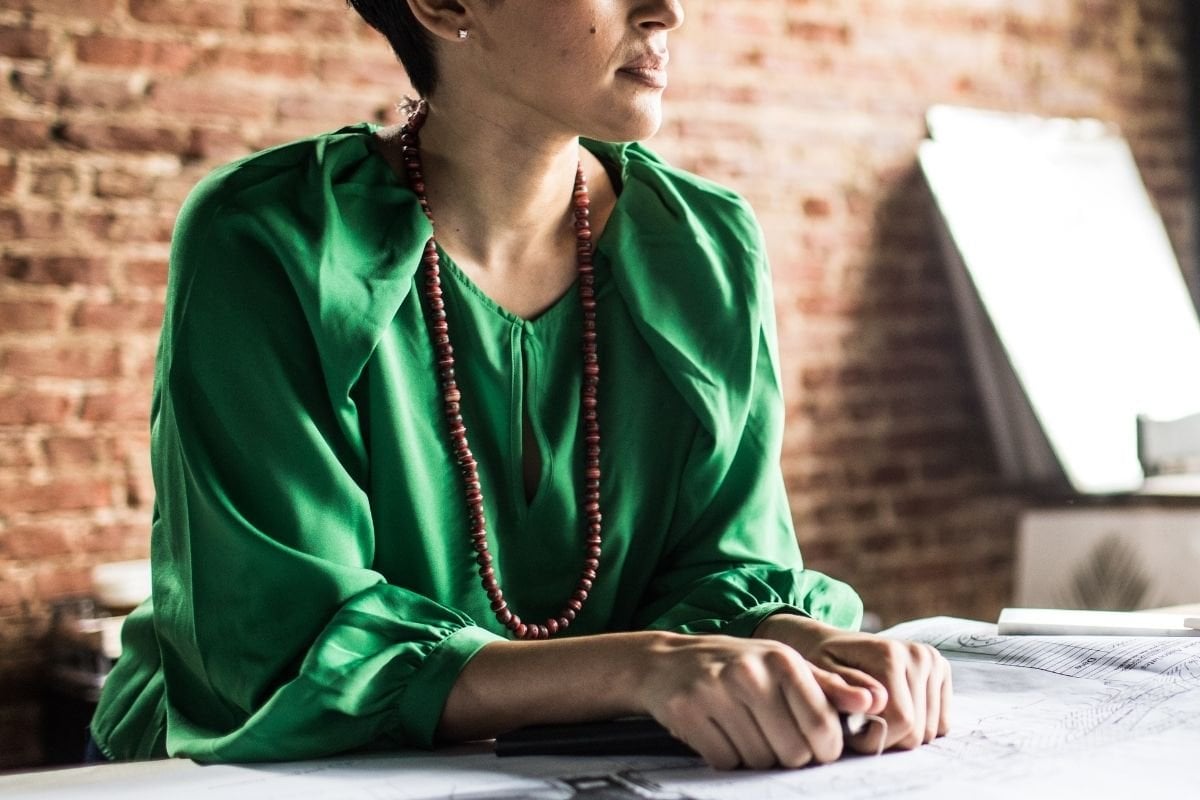 Tegan* finished her design and advertising course as Dux of her year.

Her lecturer told her cohort of an amazing opportunity with a high-profile brand looking to expand and really invest in design.

They were looking to hire five junior designers, and Tegan felt pretty confident she had a good chance of landing one of those spots given she had actually worked with the company itself while studying as an intern for six months. She had a good understanding of the business and how the design team worked.

So she, and her best friend Robert*, both applied.

"We were both fresh out of university with a few small differences. I had been the Dux of the class and I had also had about 12 months of additional design work experience. He had two weeks placement experience. He was a man, and I was a female," Tegan told Mamamia.

They were both offered positions with the company. The exact same role on paper. But when Tegan and Robert compared their offers there was one blatant difference.

"When we both were offered our roles, we were so excited about the possibility of working together in the industry. We had just studied together, gone through so much over the years, and it was an exciting new chapter. When we both opened our emails with our offers, I think we were both surprised... and not in a good way," Tegan said.

Tegan ended up rejecting the offer. She'd already been on the fence, but the discrepancy in pay helped her finalise her decision.

In March we were delivered sobering news. It could take another 26 years for Australia's gender pay gap to close.

According to research from Bankwest Curtin Economics Centre (BCEC) and the Workplace Gender Equality Agency (WGEA), humans could be walking on Mars before Australian men and women earn the same amount for the same work.

But as Dr Terrance Fitzsimmons, Senior Lecturer at The University of Queensland Business School, told Mamamia, he thinks projections of the pay gap being reduced to zero in the next 26 years are, at the very least, optimistic and seem to be based on the trend over the last five years, which is also misleading.

Watch: What is the gender pay gap? Post continues after video.

"The gender pay gap moves according to the cycle of the Australian economy and that cycle is quite a bit longer than five years. A 1.5 per cent reduction over 16 years means that, on current trends, we are not likely to see the elimination of the pay gap for several generations and unless long standing structural and cultural factors are meaningfully addressed, we will not see it at all," he explained.

Blatant discriminatory hiring, which we saw in the case study of Tegan and Robert, is only the tip of the gender pay gap iceberg.

While their story can be used to highlight just how blatant it can be, the reality is, the gender pay gap is weaved into the very fabric of the society we live in, the culture we keep and is the result of a number of complicated contributing factors.

Let's unscramble that egg: Why does the gender pay gap exist?

The reasons for the gender pay gap vary. According to the WGEA, it includes discrimination in hiring and pay decisions, female dominated industries attracting lower wages, women contributing to more unpaid and domestic work, a lack of flexibility in workplaces to accommodate responsibilities like caring for children and women spending time out of the workforce to have those children.

As Ian Watson, a visiting researcher at the Social Policy Research Centre at University of New South Wales told Mamamia's news podcast, The Quicky, "the people who find it hard to understand the gender pay gap are probably thinking of unequal pay, as happened in the 1960s and prior to that, when you actually had a female rate of pay that was less than a man. That doesn't exist anymore, but since the early 70s when that's been removed, we've still seen an ongoing gap between the average that men earn and the average that women earn."

Listen: To Ian Watson on The Quicky. Post continues after podcast.

While examples like Tegan's fall into the first WGEA category of purely discriminatory hiring, the general trends that contribute to the gender pay gap are much more complicated. Let's look at the current post-COVID climate as an example. As Watson explains, women are much more likely to be in low paid industries like retail and hospitality, which took a really severe hit during the COVID crisis. Men, on the other hand, tend to be in the higher paying industries like mining and construction, which are getting a boost with current stimulus packages.

On the surface the federal government is funnelling money into some industries and not others. But the more entrenched issue at play here, is the fact that women are still fighting occupational segregation because of what's called 'comparable worth.'

"There's many ways in which what the government does has an impact on occupational segregation, and one attempt to improve this is to say well let's revalue women's work. During the 1990s, there were efforts to do this and one of the celebrated comparisons was between the low wages paid to hairdressers and the high wages paid to mechanics and yet they both have similar levels of vocational training. But that didn't really go very far," Watson told The Quicky.

What it comes down to is a lot of these areas depend on government funding. If the government isn't going to fund them adequately, even though in theory the work should be revalued, it won't happen. In fact Watson says progress in this area is "glacial." We're seeing it with our own eyes right now with the Morrison government's 'Tradie-led recovery.' A male dominated industry is getting the focus, despite the fact women account for 55 per cent of job losses post COVID-19. 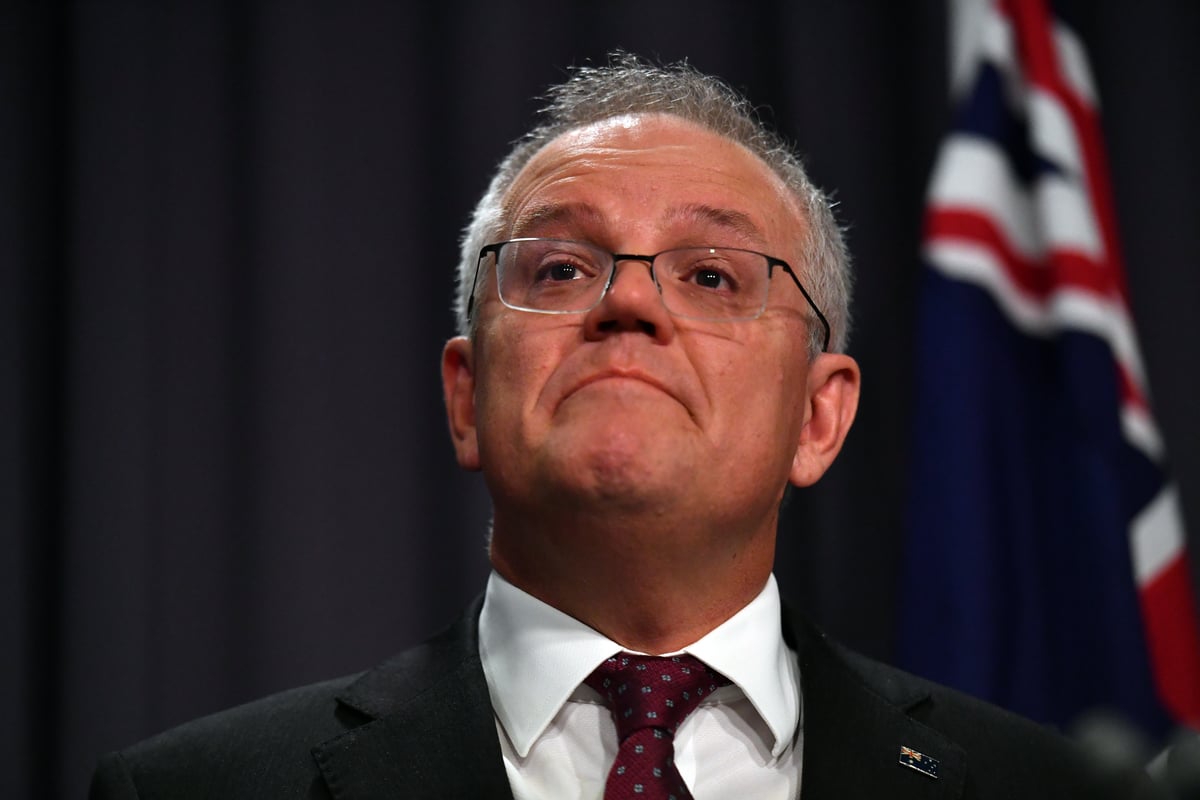 The other main driver of the gender pay gap is not enough women in senior roles.

"In the case of CEOs of our ASX200 companies, roles which are among the most highly paid in the country, only five per cent are occupied by women. Though the percentages are not as stark, the dominance of men in executive, senior and middle management roles across the Australian economy as a whole is also a significant factor," Dr Fitzsimmons told Mamamia.

One of the main reasons women don't progress to those senior roles is because we have a childcare regime that financially penalises women returning to work, forcing them to have longer breaks from their careers which puts them on the back foot when they do return to the workforce.

The third driver, the like-for-like gap where men and women occupying the same role in the same firm are paid differently, actually contributes the least towards the overall pay gap.

How can we close the gap, fast?

We need more women in higher paying industries and senior roles - which is easier said than done given that powerful societal norms direct women into caring professions and away from STEM and male-dominated industries.

Dr Fitzsimmons thinks we need to be doing our bit to change that perception from childhood.

"Children are picking up these signals from the moment they are born and not just from parents. Schools and the media also pay a critical role. The moment we treat one gender differently from the other, the moment we withhold one opportunity or experience from one child verses another, we are starting to create a divide," he explained.

From the moment a child is old enough to contribute to household chores, for example, Dr Fitzsimmons says there should be no allocation of duties based on gender.

On an industry level, Dr Fitzsimmons has three suggestions: A radical overhaul to recognise the work of female dominated industries as being worth more than they are presently being remunerated. Free universal childcare, and time bounded targets for representation of women in senior ranks. 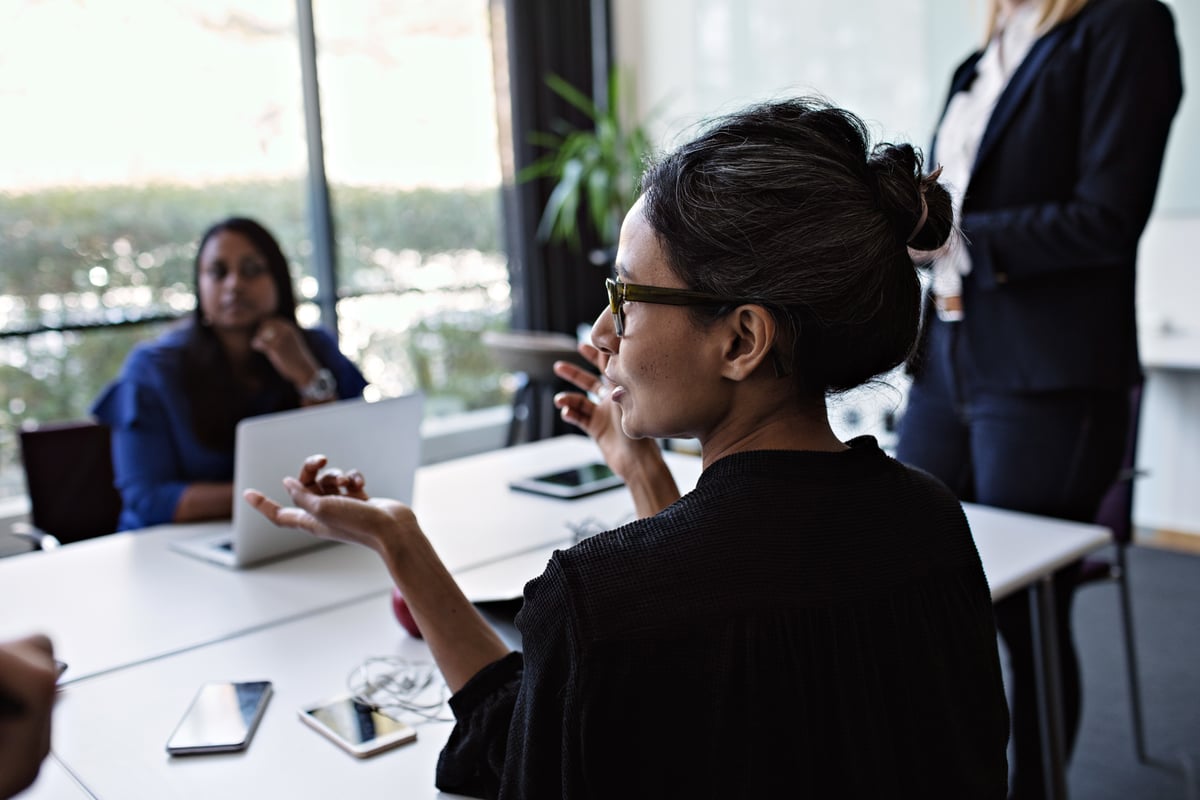 Unless we make some major changes, the gender pay gap will keep moving at a "glacial" rate. Image: Getty.

In terms of fixing pay disparity between men and women in the same firm, there's one major change that will exponentially change that.

In America and the UK, pay secrecy clauses have been banned in an attempt to decrease discrimination and disempowerment of employees. Here in Australia they are perfectly legal in employment contracts, and Jane Jackson, Founder of The Careers Academy tells Mamamia it means women are often just left 'suspecting' that they're being paid less, which can lead to dissatisfaction and reduced motivation.

According to SprintLaw, in the public sector where pay is transparent the pay gap sits at 12.2 per cent, whereas in the private sector where there is no requirement for pay transparency there is a gender pay gap of 21.2 per cent.

"The issue of the gender pay gap is complex and can be frustrating, but until there is legislation that transparency is mandatory in all roles, women will need to continue to advocate to be paid what they are worth," Jackson told Mamamia.

Reply
Upvote
In 2010, I took up an opportunity to manage an accountancy firm. My salary was $80,000. A few years later, I went on maternity leave. A new male manager was hired to contract my managerial position, his salary $125,000. Same job, same title, same responsibility. The thing was, the owner of the practice was a female. It’s not just men that co tribute to the gender pay gap.

Reply
Upvote
1 upvotes
@bnb It's well known that changing jobs is the best way to get an increase in salary. Perhaps that was the going rate at the time. I've had it happen to me too.

Reply
Upvote
Time for the tax system to address the gender pay gap if employers can’t - get all men to pay the difference between their hourly rate & women in their industry doing the same job & hours, then ATO can reimburse (via tax break) women the pay gap they deserve!

Reply
Upvote
@bookaholic yep! Though I prefer a broader approach, since entire industries get devalued because they are female-dominated (teachers, nursing). I suggest a tax levy on all men that can go directly into our superannuation. It should be indexed by male salary- 20% for the top bracket, working downwards to be about 10% at 100k p/a. And women should receive  up to a million dollars across their lifetime, since we know thats about the overall gap between men and women.

Reply
Upvote
3 upvotes
@bookaholic did you read the article? That's not the issue.

Reply
Upvote
1 upvotes
@cat so you're comparing government funded jobs to.... What?