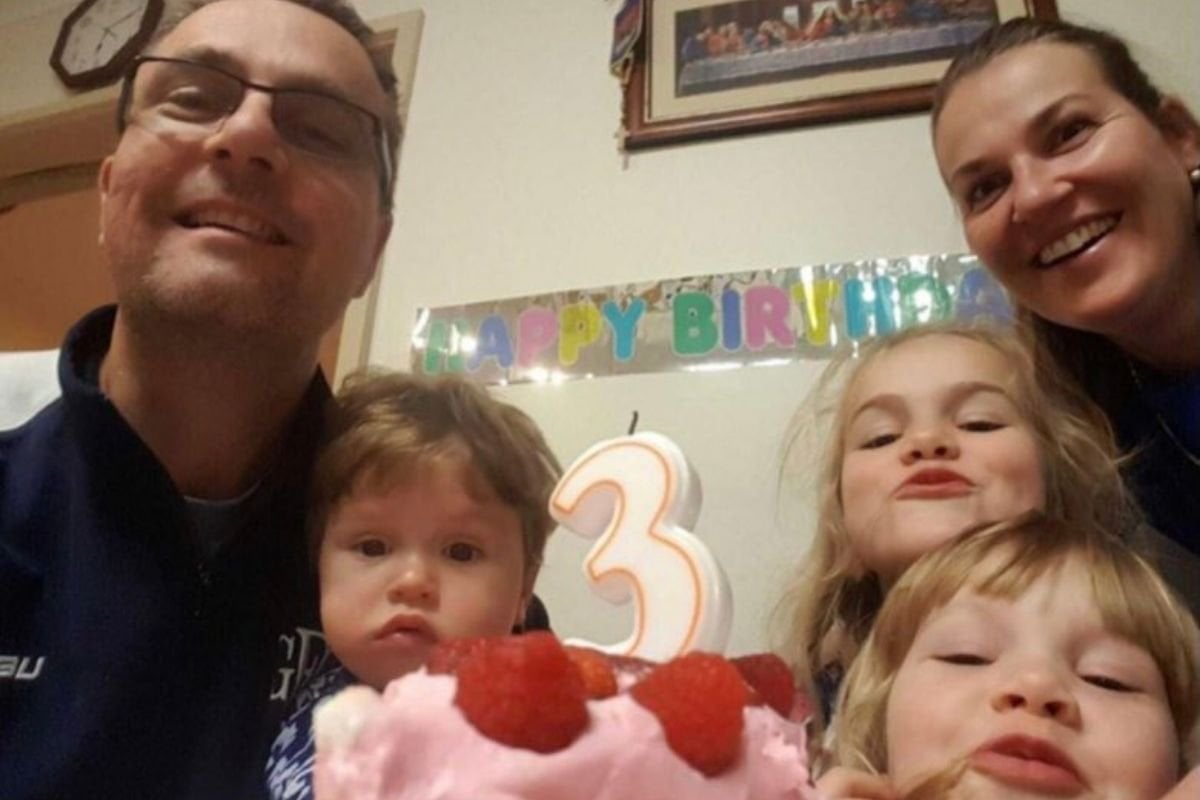 This article deals with suicide and family violence and might be triggering for some readers.

A court has heard new details about a Melbourne father who returned home to find his wife and three children dead inside their Tullamarine home.

Last month, the bodies of Katie Perinovic, 42, and her children Claire, 7, Anna, 5, and Matthew, 3, were found inside their family home, with Police believing the Victorian mother killed her three children before taking her own life.

On Wednesday, the Coroners Court of Victoria heard the children’s father Tomislav Perinovic had returned home from grocery shopping when he found his three-year-old son's body in the kitchen with stab wounds.

He rang triple zero and Police were alerted to the deaths just after 12.30pm. When paramedics arrived, Perinovic went into another room where he found the bodies of his wife and two daughters. A large knife was also found at the scene.

Police arrested Mr Perinovic, but he was later released.

"It quickly became evident that, from a homicide perspective, the responsibility for all four deaths lay solely with the mother," Detective Acting Sergeant Luke Farrell said on Wednesday.

Farrell also revealed that there was no history of family violence or involvement of child protection authorities but Ms Perinovic was receiving help for mental health issues in the months leading up to her death.

The court was told that Tomislav did not attend Wednesday’s hearing due to his grief.

The coroner is continuing to investigate.

Listen to No Filter, where Mia Freedman discusses the invisible threat facing many households. Post continues after podcast.

After the bodies were discovered on January 14, grieving locals left flowers outside the home on Friday morning, as crime scene cleaners later filtered in and out of the property.

A young girl and her mother came to leave flowers and a note.

Neighbours of the family were shaken by the incident.

"I used to see the children, they used to play in the cubby house at the back. It's really sad," one told reporters.

Another said: "They were beautiful, a lovely family. This is going to be felt for a very, very long time - not just the adults but the kids. The kids are really going to feel this."

"It's so close to home, these are people who've spent time in my home, my kids love their kids," Ms Groves said.

She said Ms Perinovic was a physiotherapist who had only recently returned to work after taking time off to care for Matthew.

According to the Herald Sun, Ms Perinovic left the clinic "unexpectedly" three months ago.

"This will have long-lasting effects on the police that attended, on extended family, the community, the neighbourhood, the emergency services and everybody else involved," he said.

Reply
Upvote
5 upvotes
In the same way we shouldn't show pictures of a father who murders his kids in happy "family time" photographs, we should not be framing this woman in that way either.
A
anonymous a year ago