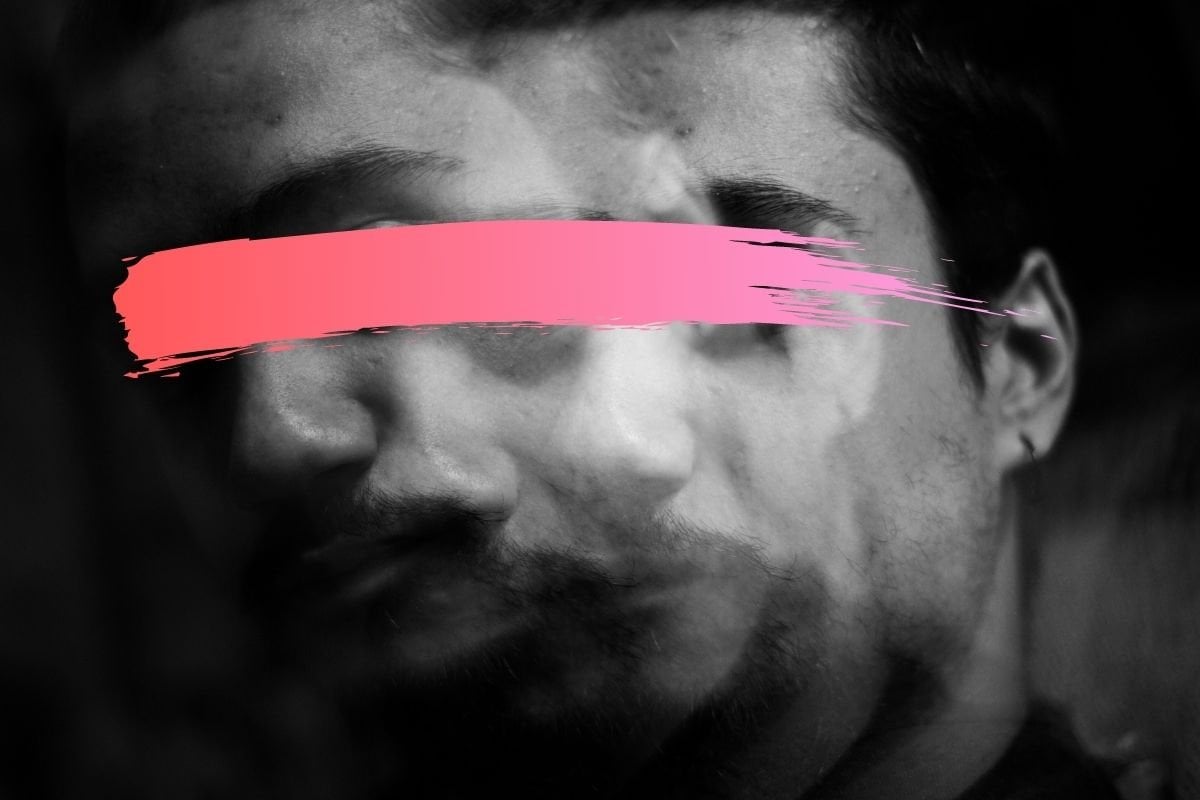 Warning: The following deals with self-harm and domestic violence.

There were three people in my first marriage. Me, my husband, and bipolar.

My husband and I were complete opposites, but we were best friends initially. I imagine with our differences, marriage wouldn’t have been easy for us even without mental illness. But with it, a happy marriage was impossible.

His bipolar disorder was only diagnosed in the final year of our marriage. The doctors treated him for depression for years but nothing worked for long. Every year or so, he’d be suicidal, self-harming, or in a deep numb low for months. The doctors regularly increased his medication strength and by our 11th anniversary, he was on a mixture of serious anti-psychotics. That’s when life went from difficult to dangerous.

The anti-psychotics set off a manic episode like nothing he’d ever experienced. He stopped sleeping. His speech and actions became illogical and aggressive. He screamed and yelled and wouldn’t sit still. He felt like ripping off his own skin. Then, one day, he held me by the throat. I saw the blind rage in his eyes and I thought, "Is he going to kill me and my kids?"

I am a huge advocate for mental health awareness. I’ve had a number of family members suffer from anxiety and depression, including myself, and I love that we’re talking about these issues more in society now. But with all of our awareness, we are glossing over a huge issue.

I believe that our politically correct acceptance of mental health issues, our mantra of understanding and "it’s okay", puts families at risk.

Knowing my husband was unwell stopped me from leaving. Even when he acted abusively, I felt guilty. I didn’t want to speak out and tell anyone what was going on because I didn’t want them to judge him. Even with society's increased awareness, there is still plenty of judgment for mental illness. I didn’t want to give up on him either — shouldn’t you stick by people when they’re sick?

We were regularly talking with doctors and I thought it was just a matter of time. I thought I just needed to wait it out. Wait for him to get better. I justified his behaviour. I thought, "It’s not really him acting this way." At the time it was too hard to separate his actions into him or bipolar. What was the illness and what was him? He was sick, so surely it wasn’t his fault?

Some people stay with abusive partners because they want to help them recover. And because they think their love will help.

Despite seeing doctors, my husband didn’t take his mental illness seriously. He would take his meds incorrectly - too much or not at all, he quit therapy and often did things he knew made his condition worse. Sometimes he lied to his doctors and told them he felt better, knowing they would reduce his treatment.

One evening, after I caught him self-harming, I told him I was calling the hospital.

"If you do, I’ll just say you’re the crazy one!" he yelled. I knew he would. He was convincingly calm when he needed to be. He knew how to fake it.

When you live with someone with a severe mental illness, it affects every aspect of your life. Mental illness is awful for the individual (and can also put people at risk of becoming victims of abuse themselves). But we rarely discuss the effect of mental illness on partners.

One effect is a decline in mental health for partners. Often both people in the relationship end up experiencing mental health issues, which can make the situation even more intense. In my case, my anxiety and panic attacks increased as my husband’s bipolar worsened. My partner’s badly managed manic and depressive episodes set off severe reactions in me and made me want to minimise conflict and avoid upsetting him. I walked on eggshells, hoping I could keep his moods stable.

Another effect is related to abuse.

Listen: Mia Freedman talks to Cathy Oddie, who took her experience from two abusive relationships and turned it into something good.

According to statistics, Australian police deal with 5,000 domestic violence matters on average every week — that's one every two minutes.

But there’s a misconception about abuse and mental illness. People assume all abusers have mental illnesses, but according to research that isn’t the case.

"Research demonstrates that those who commit violence in their relationships are no more likely to be mentally ill than the general population." — Resources to Recover

The issue is mental illness (real or not) is often used as an excuse, either by the victim or the abuser. Some people stay because, as I did, they excuse the behaviour and hope their partner will get better.

DomesticShelters.org surveyed nearly 2,500 abuse survivors and found that "the number one barrier that often prevents them from leaving their abuser is threats or excuses".

My husband was like three people: the one I loved, the depressed one who screamed at me and my kids "You want me to die, don’t you?", and the manic one who spent thousands of our savings on a whim and stayed up all night wanting to "talk things out". His mental illness became the excuse that kept me locked in chaos and tolerating abuse. I was also terrified if I left, he would carry out his suicide threats.

Lundy Bancroft, a counsellor who works predominantly with abusive men, told DomesticShelters.org, "believing abusers are mentally ill can be a 'trap of misinformation' that can lead, among other things, to victims believing their abusers will get better if they just get help for their mental illness."

Having a mental illness is no more likely to make you abusive than anyone else. Being abusive to your partner is not a symptom of mental illness. But when mental illness becomes an excuse — and it too often does —that’s an issue we need to be talking about.

Eventually, I realised I needed to leave and protect myself and my children. If you’re staying in a toxic relationship and tolerating abuse because your partner is unwell, don’t let it be an excuse, take the step to reach out and get help.

This post originally appeared on P.S. I love You and has been republished here with permission.

If you or a loved one is experiencing domestic violence or coercive control, help is available. Please call 1800 RESPECT on 1800 737 732.

If you are experiencing a mental health problem or a personal crisis and need someone to talk to, call Lifeline on 13 11 14.

Reply
Upvote
I've been there and done that.  My ex was bipolar, and also very abusive.  For a long time I tied myself in knots doing everything I could to make our family work.  I realised that there was no way to change him, so I desperately tried to change myself so as not to trigger his abuse.  I remember sobbing in a therapist's office, pleading with her to just help me figure out how to survive.  But, of course it didn't work (there was no predictable logic to when he would go off).
For a long time I tried to figure out if his abuse was the result of his mental illness, or if it was just him.  In the end I realised it didn't matter - either way it was unbearable for me and the kids, and I couldn't stay.  Since I left him his life has deteriorated a lot.  Sometimes I feel sorry for him and start to feel guilty, but then I remind myself of all times he abused the crap out of me when I was begging for his help.
mamamia-user-893622181 10 days ago

Reply
Upvote
Wow, this hit home. It wasn't until I found the strength to leave my ex (a relationship which has trigger depression, anxiety and PTSD in me) that I realised dealing with a mental illness isn't justification for deliberately hurting those closest to you. My ex was also conveniently able to switch it on and off with his public persona enormously different to what I experienced at home. I wish that this was discussed so much more. Had I known, I would have left much sooner.
News
General
Opinion
True Crime
Politics
Sport
Explainer
Entertainment
Celebrity
Reality TV
Movies
TV
Books
Rogue
Royal
Lifestyle
Beauty
Fashion
Weddings
Home
Wellness
Health
Fitness
Travel
Food
Parents
Before The Bump
Pregnancy
Baby
Kids
Teens
School
Parent Opinion
Work & Money
Money
Finance
Career
Lady Startup
Relationships
Sex
Dating
Separation
Friendship
Family
Real Life
Couples