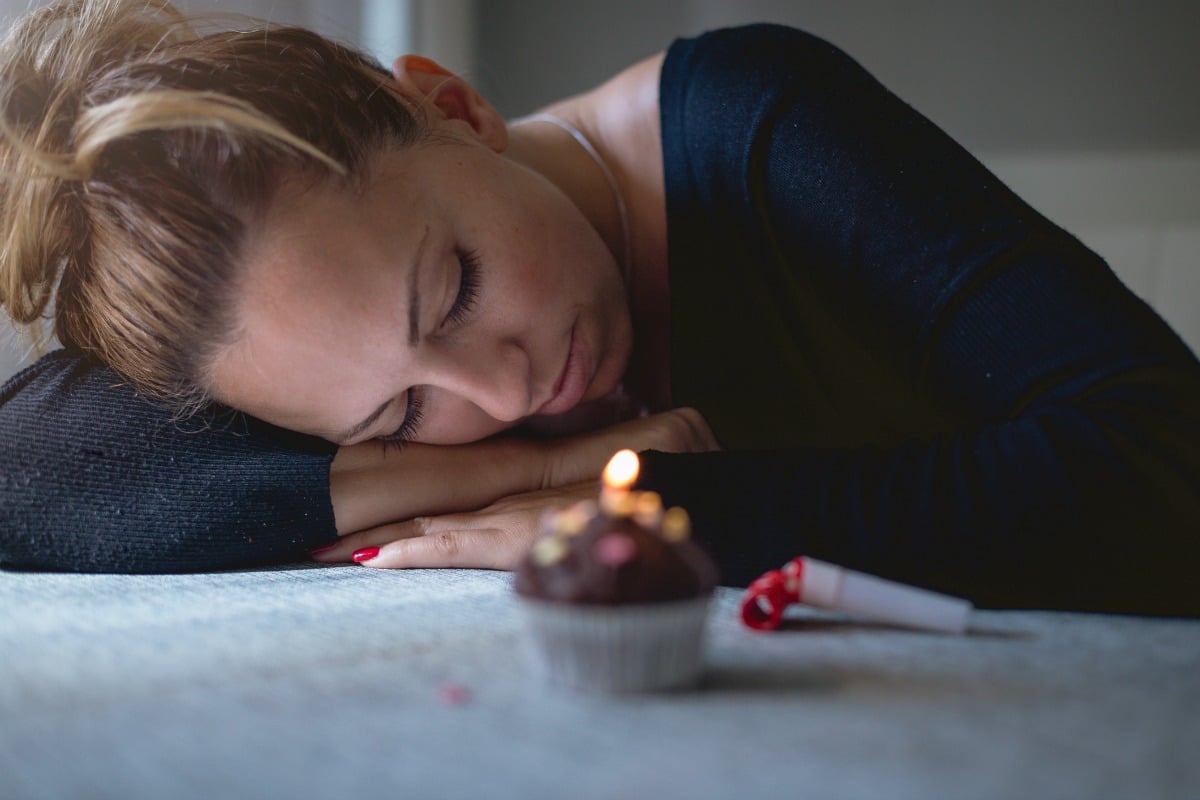 As someone born in the first week of January, I’ve often found it extremely difficult to rally people together for a birthday celebration.

I usually celebrate later in the month instead when everyone’s back from holidays and recovered from their Christmas food coma, or opt for something low-key so not to clash with the back end of the festive season.

Well – one woman in the same boat bravely decided to throw a party between Christmas and New Year, only to be met with the disappointment of having only three people show up. Yes – three.

To make matters worse, it was a milestone birthday, in a venue 500km from the woman’s home.

Posting to Mumsnet, she asked if she was being unreasonable to be “gutted” by the dismal turnout.

“It’s my birthday today, a big one,” she wrote.

“I don’t live in the UK anymore but decided to throw a party back home to celebrate this milestone, with drinks, food and entertainment laid on.

The mum added that she had organised the birthday bash months in advance, choosing not to celebrate on New Year's Eve - as previous events she'd hosted on this day had been poorly attended in the past.

She went on to describe this year's party attendance as "humiliating".

"So we travel 500km, kids in tow, the evening comes and... 3 people turn up. 3. A few people did message that they/their kids were ill, but plenty of others simply didn't show. It was, quite frankly, humiliating," she wrote.

Her post triggered an influx of support and sympathy - with many wishing her a happy birthday and suggesting she should confront the no-shows.

"How horrible and disappointing. You are amazing and generous throwing a big bash and putting in all effort, and they really don't deserve you as a friend.

"I wonder if there's a bit of envy there that you have forged a new life in another country. People can be very resentful of success," one wrote.

"How rude and inconsiderate of everyone. I normally don't like to cause a fuss but in this instance I would message everyone and tell them what trouble you went to and how hurtful it was they didn't attend," another said.

Others speculated whether the lack of attendees might be down to the fact that she's moved away.

One said: "That is horrid and you are not being unreasonable to be upset. People absolutely should have told you beforehand whether they were coming or not.

"I did find, however, when I lived abroad, that relationships with people back home changed. Not maliciously, but your lives move on separately.

"For a few people, you can pick up exactly where you left every time you see each other again, but for most, the distance does change things."

But the best response was simply: "People can be so sh*t."

I remember my sixteenth birthday, my friend had organised a 'surprise' lunch st a local cafe we went to regularly. Only when we turned up, none of my friends had arrived yet. So it left my poor friend stuttering embarrassed that she had organised a surprise but no one had yet arrived though the start time was half an hour prior. Everyone turned up eventually, one who was 1.5 hours late. But I felt so humiliated that none had actually bothered to show on time, sort of defeating the purpose of a surprise. So I can totally understand where this person was coming from...

I have a couple of follow-up questions: What day was the party scheduled for? Was it the weekend or a weekday? This was still the holiday, were they even in the city? Have you kept in touch with the people you invited or has your friendship dropped to the wayside. Did you ask them to RSVP so that you would have some idea of who would be attending or did you just assume people would be happy to see you and show up? I think the answers to these questions might help explain the lack of attendance.