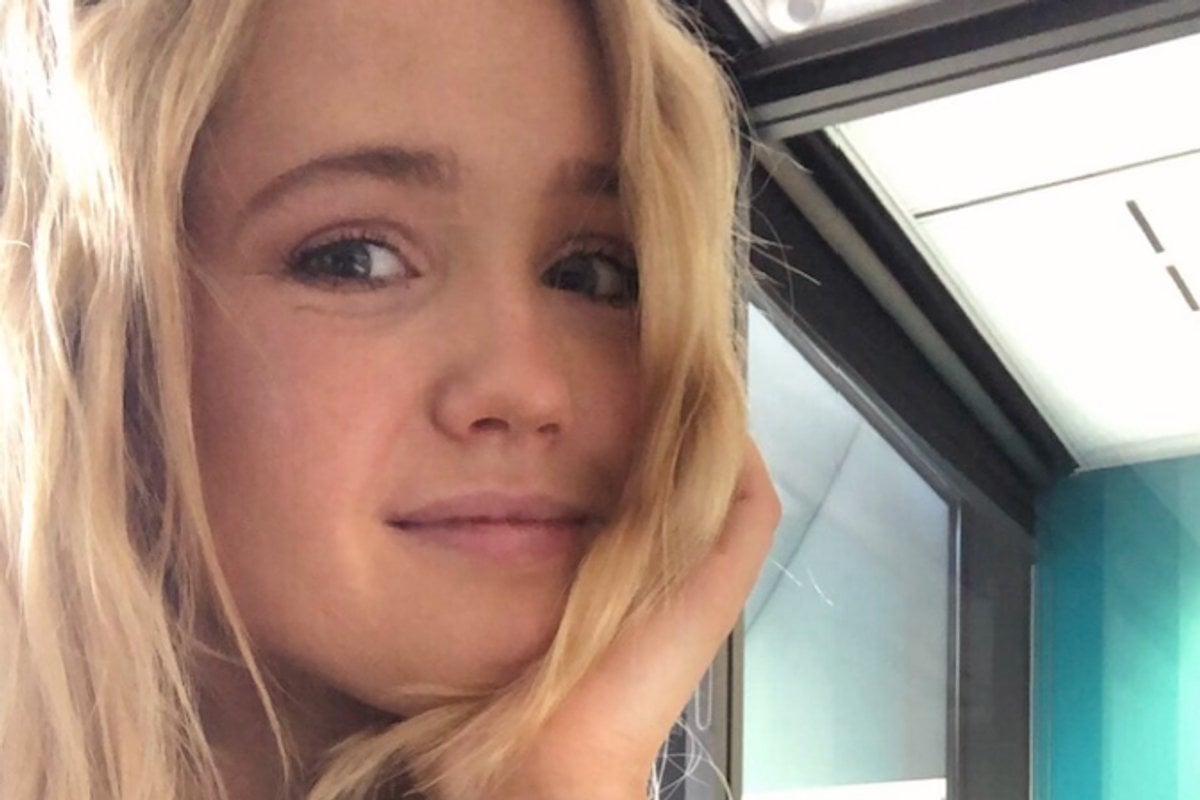 I am a white, middle class, university educated feminist. Am I fighting for my fundamental human rights or the equal opportunity to participate in capitalism? I think I’ve lost my way.

In my life, and for many of the women I know, feminism and corporate success are inextricably linked.

I am inundated with blog posts by “boss ladies” and event invitations from female-focussed business groups.

I am told to “create, evolve, overcome” by The Female CEO.

Listen to the latest episode of Mamamia Out Loud. Post continues after podcast.

My well-intentioned mother tells me that if I can’t find the fortitude to battle through day after day of deadlines and client meetings, I’m quite simply, “not a survivor”.

Despite my exhausted tone, she will proceed to congratulate me on a 70-hour work week and then segue into some chit chat about dieting.

I was seventeen when Julia Gillard delivered her historic takedown of Tony Abbott.

She opened my eyes and filled me with rage.

I was in my first year of law school at the ANU when I came face to face with the behemoth; a college of former private school students seemingly determined to popularise rape culture and annihilate all opposition to it.

After a night out, we would walk home via what was colloquially referred to as “Rape Oval” and we were nonchalantly informed about Rockspidering.

Rockspidering is the practice of knocking on a younger female resident’s door while she is sleeping and assaulting her on the basis that her unlocking of said door was an invitation. All for a good laugh of course. I was furious.

Watch: Women and violence, the numbers. Post continues after video.

I remember studying criminal law and lamenting a system in which fewer than one in 10 sexual assault charges result in a conviction.

We were taught Blackstone’s Ratio, “it is better that 10 guilty persons escape than that one innocent suffer”.

Although I do not refute the premise itself, we live in a world where a survivor of sexual assault who bravely takes the witness stand will be subject to an even more traumatic line of questioning.

To instil reasonable doubt, a cloud is cast over her character, her integrity… her purity.

I was heartbroken, but I was ready to wage war.

I recently celebrated my 26th birthday. As usual, the day triggered some serious reflection. Reflection that was painfully exacerbated by having been broken up with just a day earlier. His justification: “you were only ever a curiosity to me.”

Alas, what is misogyny but death by a thousand cuts?

What bothered me more than any boy from down the road was the realisation that for all my anger and determination to drive change, I had found in myself a tired corporate consultant.

Feelings of guilt pinched in my chest while my friends and family congratulated me on my success.

Yes, I had graduated law. Yes, I had been admitted to the NSW Supreme Court, trialled working as a lawyer and moved into a Big Four consulting firm.

I wanted to be proud, but my future felt bleak, and I was ashamed. My job wasn’t, and isn’t, the problem.

It was that I had fallen into the trap of using other people’s perceptions of success to define my own. I was “making it” in a man’s world.

21-year-old me had no interest in any success that was relative to men. She lived and breathed creating a world where all women, of all backgrounds, could walk home safely and live a life unscathed by soul-sucking patriarchy.

At what point did my feminism become a game of corporate parity with Hollowmen on Zoom?

The machinations of patriarchy necessitate the exploitation of everything that isn’t male.

Why then, are we women kidding ourselves into thinking that to assimilate with this system is enough? Capitalism and patriarchy are the veins and arteries of the Goliath we need to obliterate, not medicate.

So, Feminism and Feminists, I’m writing to ask you to help me find my way home.

I know there is no map, no 10 commandments and no Gospel According to Germaine Greer (can we write one?), but I want to fight back.

I need you, and we need each other if we are to persist with the rebellion. And persist we must until we’re not looking over our shoulders anymore, wondering if tonight it’s our turn to never return that “did you make it home safely” text message.

Edwina is a white, middle-class feminist who wants to do better. Alongside her day job she loves to write, ruffle a few feathers and treat her poodle Alfred like the king he is.

Reply
Upvote
This is amazing!  Edwina, I desperately need women like you to help me lobby for government funding of a program, successfully operating in Brazil, which, while not the whole answer, will effect real change. This site has my email.  Please contact me and I will outline how it works.  We are 51% of the population.  Together, we are a powerful force for much needed change.  Our current justice system has  an 86% success rate of protecting predators.  Only 14% of rape charges brought are successful.  All women know that number doesn’t reflect the reality of those that never report, let alone proceed to charges.
G
grumpier monster 4 months ago