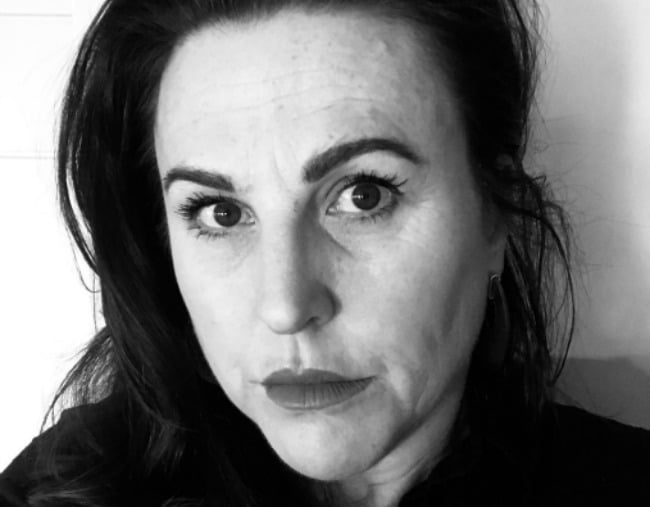 Warning: This post discusses the death of a child and may be distressing for some readers.

Nichola Krey is the Head of Humanitarian Affairs at Save the Children Australia. Here, on International Day of the Girl, she writes about the abomination that is female genital mutilation.

This post was originally published in 2018. We are sharing the story again today, February 6, for International Day of Zero Tolerance for Female Genital Mutilation.

I have been a humanitarian for 15 years and have seen some of the worst violations of human rights you could imagine.

But last month I witnessed the saddest and most distressing thing I have ever seen.

I watched as a 10-year-old girl screamed in pain and slowly died from the effects of tetanus contracted during female genital mutilation.

To set the scene, I was visiting one of Save the Children’s programs in Somalia focused on supporting drought-affected children and their families displaced from their nomadic lives as pastoralists due to a lack of water. These families are living in temporary camps as all their livestock is dead and their livelihoods have collapsed.

On this day, I expected to meet babies and children under five being treated for severe and acute malnutrition at a clinic run by Save the Children at a local hospital. It’s not easy to see a young child or baby on the brink of starvation. So, I mentally braced myself for distressing scenes, but didn’t expect to see the horror of FGM.

Instead, the nurse showing us around took us to a room where she wanted to show us an FGM case that was “complicated”.

Video by Save The Children

Having just visited a maternity ward, I was expecting the complication to be a woman who had to be cut open to give birth and had contracted an infection. There are varying degrees of FGM ranging from a clitorectomy to a full removal of the inner and outer labia, as well as sewing the vulva up, leaving only a small hole – for no medical reason. This means that when a woman menstruates, has sex or gives birth it is an unnecessarily difficult, and sometimes excruciating, process. During labour, a woman needs to be cut open – and then she is sewn back up again after birth.

But what I saw when I walked into the room was not a woman who was suffering complications. And it was not what I had mentally prepared myself to see.

Holly Wainwright speaks with Jade Hameister, the youngest woman to hike the Polar Quest, on our I Don’t Know She Does It Podcast. Post continues after.


Lying on a hospital bed was a 10-year-old girl, writhing in pain and screaming with a look of desperation and disbelief in her young eyes. The pain she was experiencing was excruciating. Suhayba had been circumcised just days before – this involved the full removal of her external genitalia. A female elder in her village had administered the procedure using a dirty instrument and Suhayba had contracted tetanus.

As a mother of a nine-year-old girl, I know how vulnerable and scared children that age can be. And they blindly trust adults to make choices on their behalf. When that trust is violated it is crushing for children.

I tried to gently whisper to her that it would be alright, over and over again. While Suhayba would have no idea what I was saying, for a moment, she stopped the blood-curdling screams to listen. Her eyes were confused and pleading for help. I have never felt more helpless in my life. Her screams cut through to my bones.

It is horrifying to think up to 98 per cent of females in Somalia have their genitals mutilated between infancy and age 15 and more than three million girls are estimated to be at risk of being subjected to FGM each year worldwide. The World Health Organization says the procedure has no health benefits for girls and women, but can cause severe bleeding and problems urinating, and later cysts, infections, as well as complications in childbirth and increased risk of newborn deaths.

No tradition or custom that exposes a child to such a painful and barbaric practice should be accepted. A 10-year-old girl has little knowledge or choice about what is ahead of her except that she trusts in the elders in her village. What must go through a little girl’s head as she is held down, spread legged and mutilated? There is no pain relief and she has no choice over this custom and what it means for her future.

Suhayba died the day after I met her in the hospital. She had her whole life ahead of her.

Three other girls from Suhayba’s village bled to death from FGM procedures in past few months. During the same period more than seven other girls, between the ages of eight and five, were rescued by Save the Children staff after they were cut and were treated in different hospitals in Goldogob and Beletweyne. All the girls were bleeding excessively when they were brought to the hospital. This is just the tip of the iceberg because many more cases go unreported.

Despite efforts by the Somali government and civil society actors to raise awareness on the risks and effects of FGM on the lives of girls, the practice continues unabated. But FGM is a behaviour. And human behaviour can be changed – it happens all the time.

When people have access to education, healthcare and strong governments that look after their people, societies change for the better. Somalia and other countries need stronger laws that will protect girls and allow the perpetrators of this harmful practice to be punished.

FGM violates the rights to health, security and physical integrity of girls as well as the right to be free from inhumane or degrading treatment, torture and cruelty, and many times, the right to life.

Join us to help the girls of the world secure a bright future where they can develop, go to school, gain employment and live in dignity. Girls should no longer be subjected to this violation of their human rights based on cultural practices deeply rooted in gender inequality.

Connect on Twitter via #EndFGMInSomalia and #IStandWithSomaliGirls to find the messages and posters being shared.

This is an extraordinary article that must be published everywhere! The Global Media Campaign had been working to fight FGM via the media for 6 years now (we began as the guardian in London). But have rarely read anything more powerful . An sharing now with every journalist and editor I know. May it serve . Maggie. Global Media campaign to end FGM .

This is what we should be fighting against and spreading awareness about, not some bitter betty and her hatred of being told to smile. That is an extreme first world problem. Devote your energy to more important shit, use your platform and voice to lash out against this practice, this disgusting cultural norm will never end while people pussyfoot around it for fear of being called racist.

It's amazing, Casey (and FF below), that we can actually concentrate on more than one issue at a time. Paying attention to one doesn't rob the the other - we actually don't need to adhere to a quota of issues we care about.

Like I said feminism's dilemma is do they go hard on this issue and be accused of being racist or do they just go hard and ignore that.

We can't concentrate on ONE issue, let alone a multiple. The 24-hour news cycle leaves the important issues in the dust while we catch up on the latest bachelor eviction. And, the irony is lost on all the women clamouring to identify as feminists (and demanding others do too) while the most egregious atrocities are being done to young girls BY WOMEN.