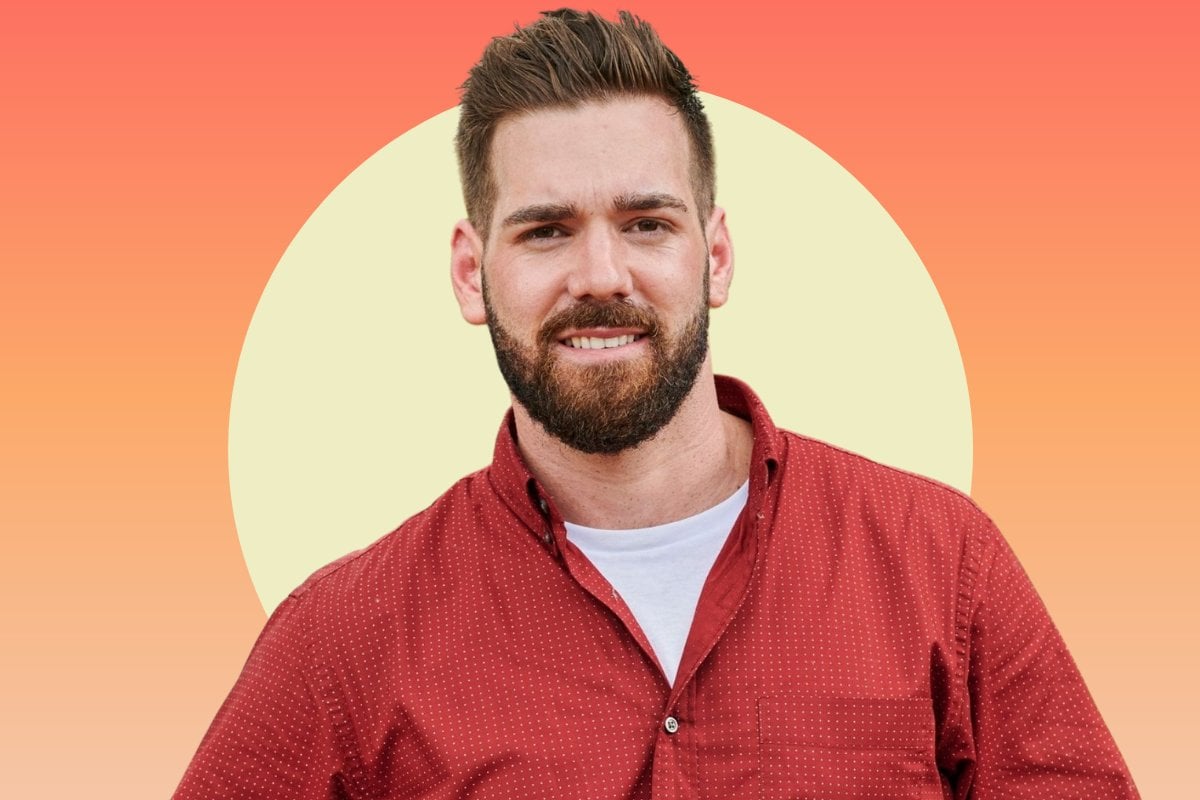 Farmer Wants A Wife has even more behind-the-scenes gossip than Married At First Sight.

Yes, it seems the reality show that led to nine marriages and 23 babies is not quite so wholesome after all.

Watch the trailer for the Farmer Wants A Wife finale below. Post continues after video.

As the series wraps up for another year, we decided to round up the juiciest behind-the-scenes gossip from the show.

From a rumoured secret girlfriend to a pregnancy scandal, here's what we discovered.

Well, this is... unexpected.

On Tuesday, The Wash reported that they received "multiple messages from various (reliable) sources" claiming that a contestant had "hooked up" with another farmer behind her farmer's back during the group camping trip.

"They continued secretly seeing each other throughout the rest of filming," the entertainment website shared.

"She is apparently 'now pregnant with his child' and he 'has made it clear he wants nothing to do with the baby and ghosted her.'"

The publication added that a number of people "connected to the show" have spoken out about the apparent pregnancy scandal.

"Until we get it confirmed or either of them comment publicly, it felt a bit weird naming the people (apparently) involved," The Wash shared on Instagram.

"We suspect there will be an official announcement soon enough, or denial if the whole thing is completely made up given how many people are talking about it... but it seems there’s so many messages and tips that it might not actually be fake news?

"When it comes to rumours like this from so many different people that old saying 'no smoke without fire' is usually pretty accurate."

Since the show kicked off at the start of the month, Farmer Want's A Wife's Sam Messina has faced rumours that he's a 'fake' farmer.

Before the series even began, a TikTok video claimed that the 24-year-old was actually using his brother's farm in Canowindra in NSW's Central West during filming.

Likewise, residents from Canowindra commented that they didn't even recognise Farmer Sam as a local, while others claimed that Sam worked as a truck driver.

"This dude isn't even a farmer or from Canowindra," one local wrote.

"Yup, when they find out he isn't a farmer and used his brother's farm to get on the show..." another wrote.

"It's actually the family farm. He had to borrow stock and machinery from local farmers. It's not even a farm, it's only four paddocks. It's a block," another said.

Earlier this week, Sam responded to the criticism on Instagram.

"The farm you see in the show is a family farm. I have a partnership with my brother and I never once claimed that it is explicitly mine. I would hate to take that away from my brother," he wrote.

"I split my time between the farm and nearby Orange, where I took Mackenzie for our date. My brother and sister-in-law are great people, but you don’t always want to be the third wheel," he continued.

"I’m just like every other person out there – sometimes two incomes are needed to pay the bills. I drive trucks as a second income and that’s never been a secret.

"Life is still going on while filming is happening. On the few days we had off, I still had to attend to work and life commitments and it was pretty challenging.

"My mum’s health has been a recent issue, and this was something I had trouble processing, so some days, like every human, I’d have a hard time. I didn’t want to have to talk about this out of respect to my mum's privacy, but I feel I need to address this to be completely transparent."

Amid allegations that Sam was a 'fake' farmer, the 24-year-old faced rumours that he had a secret girlfriend during filming.

"My friend knows this guy, and he had a long-term girlfriend whilst filming this," one person shared on TikTok.

Interestingly, Sam turned off comments on the lengthy post.

Farmer Wants A Wife airs on Channel Seven at 7.30pm.