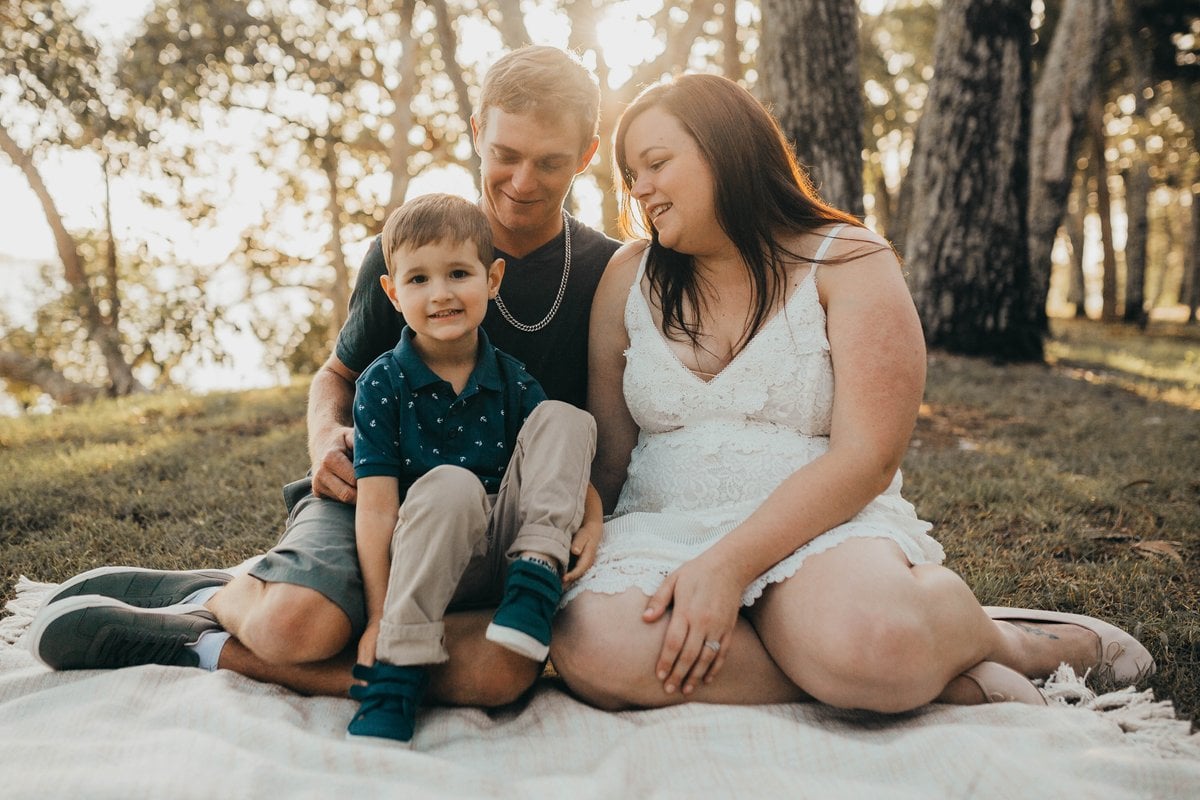 This week we profile Tanya Fischer from Queensland who experienced an extremely traumatic birth five years ago with her son Ben.

Tanya was only eight weeks pregnant when her partner and the biological father of her first child left her to go it alone.

"I was diagnosed with polycystic ovary syndrome (PCOS) and doctors had said it might be hard to conceive naturally," Tanya says.

"We decided to try anyway and were lucky to be successful immediately after I came off the pill.

"Soon after we found out I was pregnant however, my partner told me he didn’t want the baby anymore, so I went through it all by myself."

At 20 weeks pregnant, Tanya felt there was something not quite right.

"I had swollen ankles and was told three different due dates due to the large size and growth of my son. I required three iron infusions during the pregnancy and I was very unwell. By the end, I could not walk well, I couldn't drive, and I spent most of the day laying with my feet up.

"I have since been told I probably should have been treated as having gestational diabetes but due to the PCOS and insulin resistance, this did not show on my glucose test."

After a long and challenging pregnancy, Tanya’s dad Brett drove her to the hospital when she was 40 weeks and four days pregnant. He was so worried about her; he told staff he wasn’t taking her home.

"Medical staff did a urine test and found out I had pre-eclampsia. They induced me at 6pm using the gel.

"At midnight they applied the second lot of gel and were preparing to put in the Pitocin drip when I felt like I needed to go to the bathroom. When I stood up, my waters broke on their own and went all over the floor. This was when they realised there was meconium in the fluid and that I needed to be monitored."

A nurse put the drip in at around 1am and Tanya had a very slow labour until 5am when they increased the flow and intensity of the drip. This was when the pain of contractions began to really hit.

"I asked for an epidural and after about two to three hours I said I could still feel everything and asked them to turn the drip down because it was too much for me. Hospital staff refused and said it was all normal. I continued to labour in very intense pain until 4pm when they told me it was time to push."

When Tanya started to push, she felt as if her baby was stuck behind her hip. She later discovered that his shoulder blade was behind her hip bone and every push was dislocating his and her joints. She was understandably in complete distress and when staff checked her epidural site; they realised it had fallen out, and she was no longer receiving any pain relief.

"It was excruciating, but they told me it was too late to do anything now and that I had to keep pushing. I could feel every movement and contraction in full and I couldn't bear it. I told them I wasn't doing it anymore, so they prepped me for theatre to do a forceps or vacuum delivery."

It was at this point Tanya says the head obstetrician saw her for the first time and realised she had no pain relief. He put her under general anaesthetic to do a c-section and her son Ben was born 24 hours after the labour began at 6.28pm, weighing 4.45 kilograms. He was just half a kilogram off being the biggest baby to be born at that hospital. 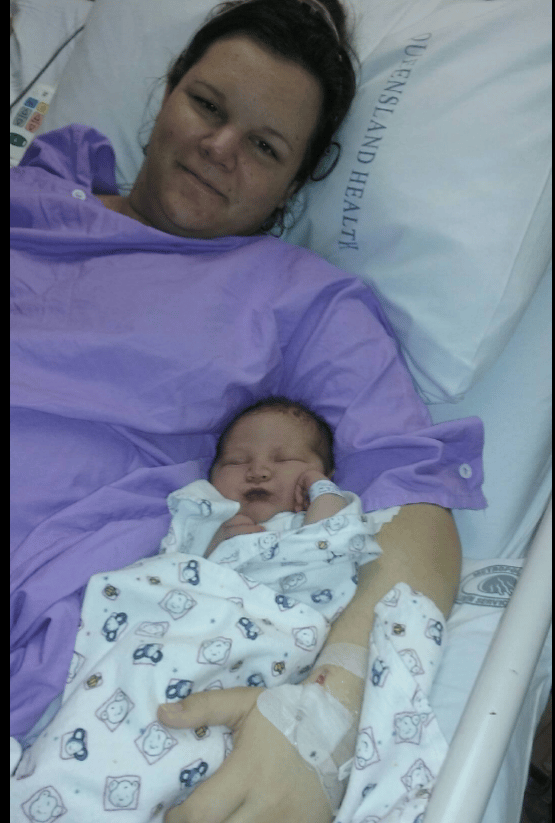 But even after the birth of beautiful Ben, Tanya and her family’s trauma was not yet over.

While Tanya was in recovery, her mum Ann met Ben before they took him to NICU to be cared for while Tanya came around. Staff told Ann to go home and that Tanya would wake in a few hours to be introduced to her baby.

But alarmingly, at 10.45pm, they telephoned Ann to ask if they could take Tanya back into surgery. She had not woken from the c-section and had lost her total volume of blood twice over.

"My dad has a universal blood type, and he rushed back to the hospital to donate as I have a rare blood type and they did not have enough for me.

"He arrived and was told to say his goodbyes to me and to sign a form authorising a hysterectomy and any other emergency life saving actions they required whilst I was in surgery."

Thankfully, Tanya woke up in the ICU two days later.

"It was horrible as I did not know if my baby was okay or what had happened to me. They had cut me from hip to hip and pubic bone to rib cage - like a cross or upside down 'T' on my abdomen.

"I found out that during my c-section, my son was so far down the birth channel that the doctor had to reach down and pull him back up. This tore my uterus, which they missed when stitching me back up so I had internal bleeding."

Tanya spent nine days in hospital recovering. She had to watch her son’s first bath and let hospital staff feed him because she could only lay down flat because of the severe surgery cuts. 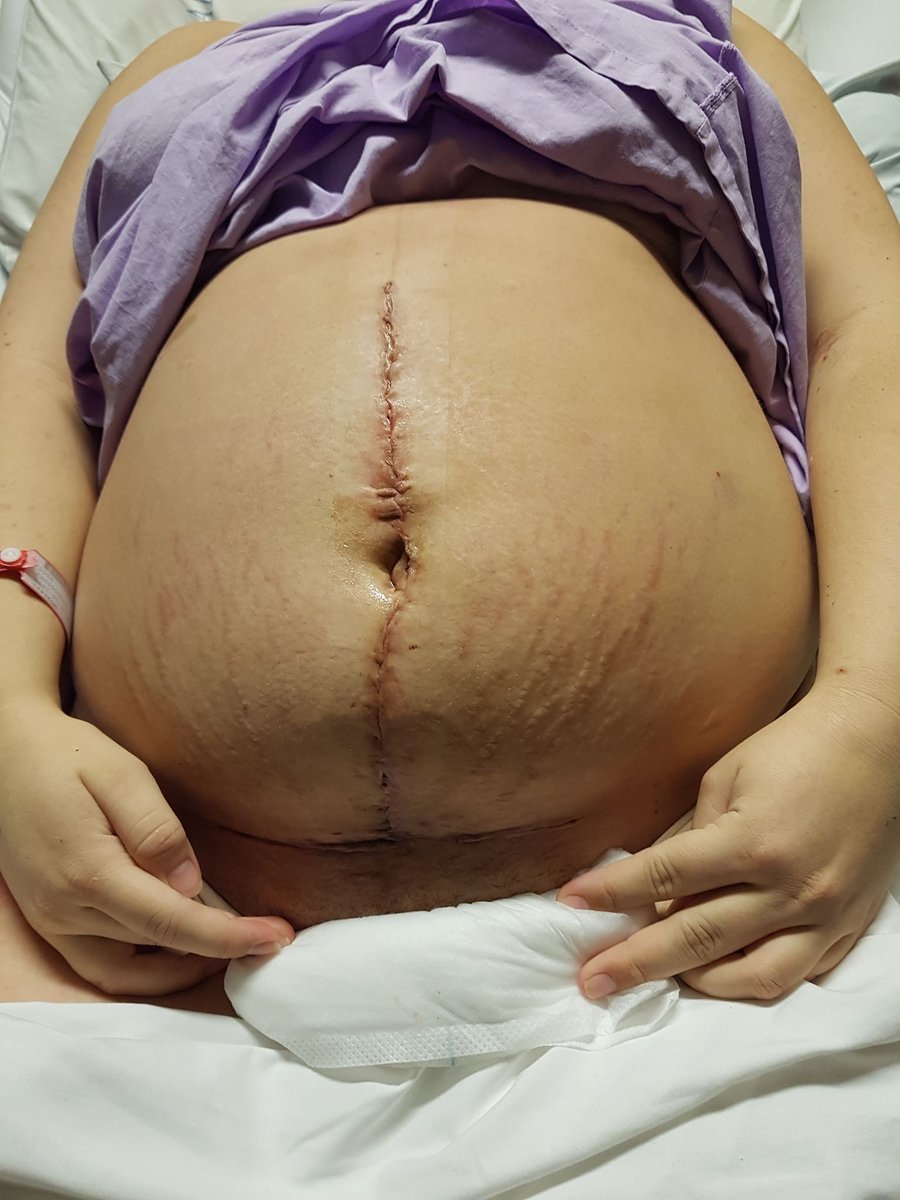 "The number of doctors and medical students who came to see me and could not believe that I was alive was incredible.

"I could never breastfeed Ben and this was the biggest failure for me. I also struggled to bond with my son, even after I returned home, as I could not hold him.

"My mum had to take time off work to care for him and me. Luckily my grandmother also lived at the property and she cooked and cleaned and helped me as much as possible.

"The family support I had was just amazing. It really did take a village to raise this baby."

Five years on and Tanya says she still struggles with everything that happened. But through it all, her husband Paul has been her absolute rock.

"I have spent years in therapy dealing with the birth trauma. My husband, Paul (step-dad to Ben) and I have only just started trying for baby number two.

"I still have nightmares about giving birth. I have had four follow-up visits with the obstetrician who has apologised for everything that happened and I had scar revision surgery to try to fix my abdomen.

"Every day I look at my scars and cry, ashamed for hating them so much but so thankful for the beautiful baby boy they gave me. Paul tells me how beautiful my body is and the love he shows me and Ben means I know how truly blessed I am."

If you have a unique birth story to share, let us know by emailing a couple of short sentences to: [email protected] and including 'My Birth Story' in the subject line.