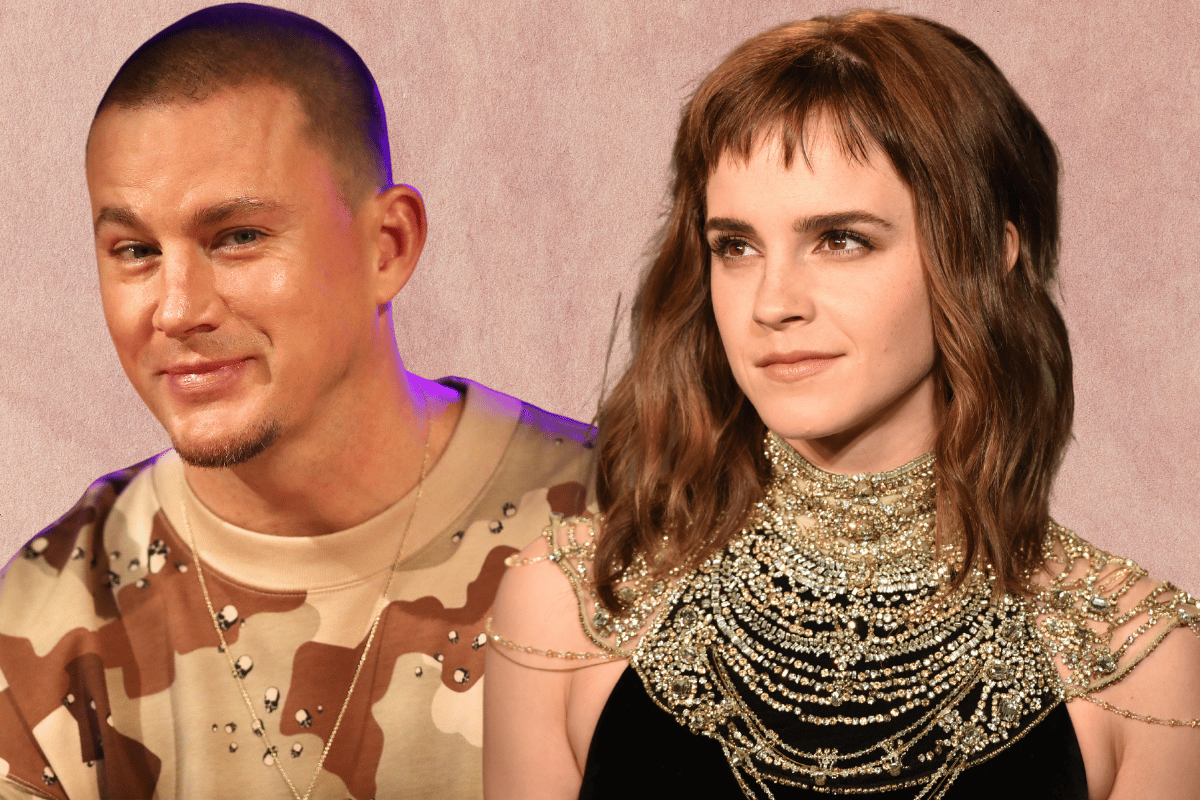 For years now, rumours have persisted that Emma Watson "stormed off" the set of This Is the End.

The 2013 film, which starred Seth Rogen, Michael Cera, and Jonah Hill, followed a group of Los Angeles celebrities after they became trapped in James Franco's house amid the apocalypse.

During production on the film, a user on blogging platform Tumblr alleged that Watson walked off the set of the film following an uncomfortable encounter with actor Channing Tatum.

Watch: Emma Watson is our feminist hero. Post continues below.

Like the rest of the cast, Watson and Tatum were playing heightened versions of themselves in the film.

However, during filming, Tatum reportedly took things a little too far.

The incident occurred during a scene featuring Danny McBride as a cannibal and a masked Channing Tatum on a leash.

"The scene was as raunchy as it could be," an extra from the film, who shared their alleged experience on Tumblr, said.

"Emma knew [Channing] was going to be in a thong for the scene and everyone knows he used to be a stripper. Emma steps onto the set and looks at the scene... and kind of has a freak out moment," they continued.

"Before we started to film, she stormed off set with her publicist. Then she came back and filmed about three minutes of the scene.

"During the scene, Channing decided to do some of his breakdancing in front of Emma but alas he was in nothing but a thong. So, Emma storms off set. Everyone was like, 'Where is she going?' She walks all the way down the street. We wrapped the night five minutes later.

"I came back [to set] last night and found out she quit because the scene was too raunchy and she was really pissed that Channing was drinking while filming. He was obviously smoking weed as well.

"But who can blame her right? She has a good image to uphold. But her quitting made last night filled with Emma jokes. The ground was wet and muddy and Channing said we were stepping in Emma’s tears." 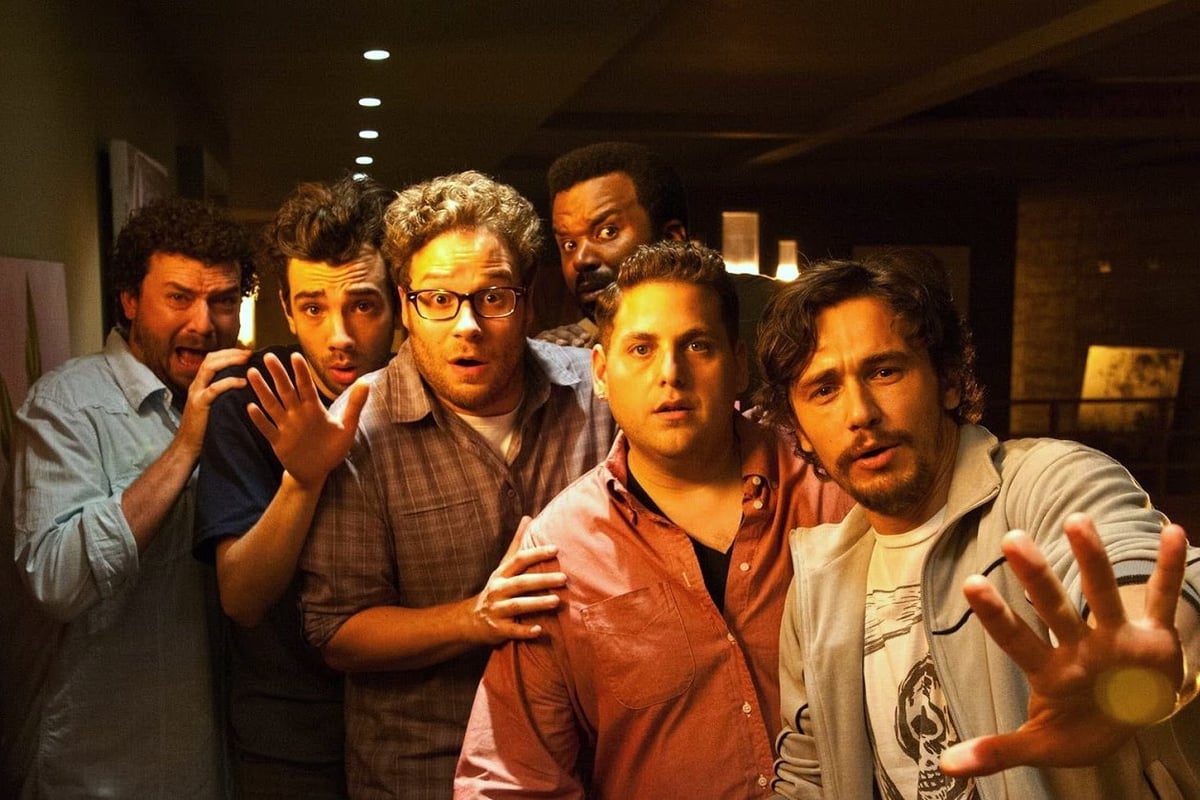 The cast of This Is the End. Image: IMDb. 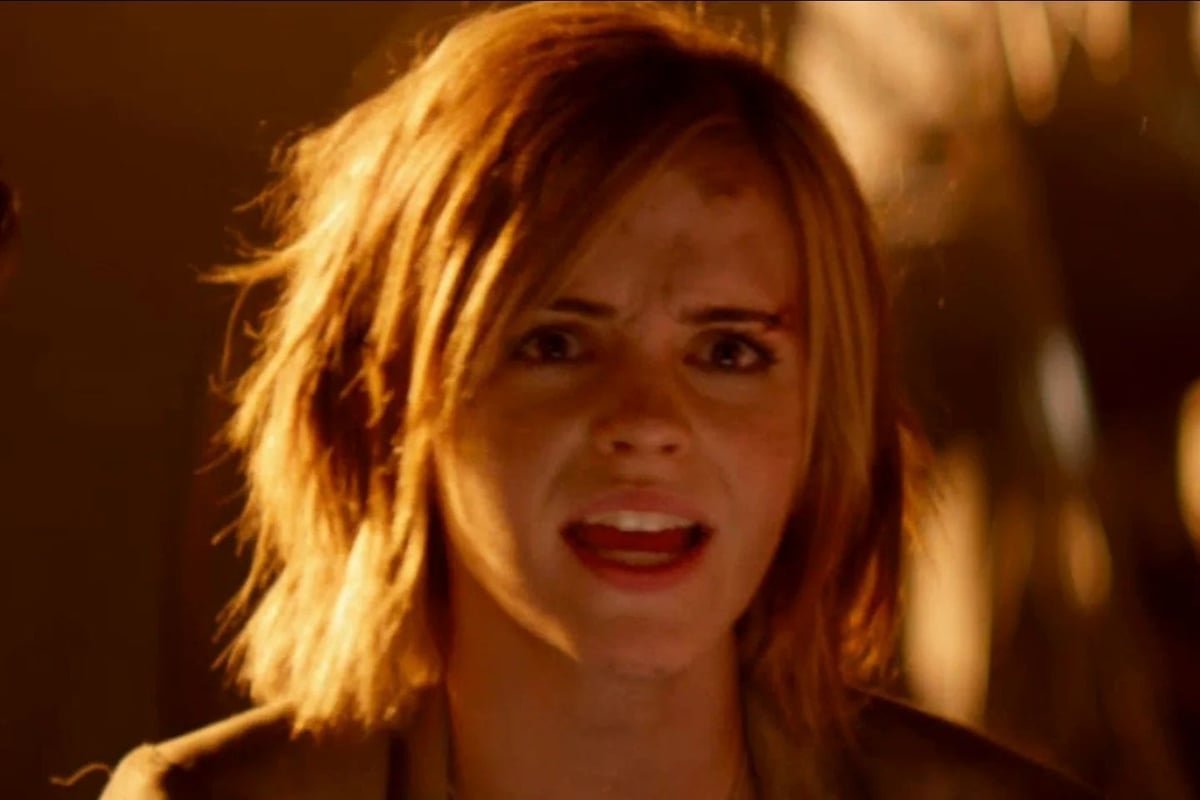 Emma Watson in This Is the End. Image: IMDb.

After being shared across social media, the unconfirmed account was later deleted from Tumblr.

But now, eight years later, Seth Rogen has responded to the years-long rumour.

Speaking to British GQ on Friday, Rogen confirmed that the on-set incident occurred. However, the 38-year-old confirmed that he has no hard feelings with Watson.

"I mean, I don’t look back on that and think, 'How dare she do that?' You know? I think sometimes when you read something, when it comes to life it doesn’t seem to be what you thought it was," he shared.

"But it was not some terrible ending to our relationship. She came back the next day to say goodbye. She helped promote the film. No hard feelings and I couldn’t be happier with how the film turned out in the end."

He also shared that the original scene was later changed after Watson departed the set.

While speaking to Interview in 2012, James Franco alluded to the on-set incident.

"The movie is a comedy, but it’s kind of an outrageous one, and this actress — I won’t say who, but she had a smaller role in the film — walked off the movie in the middle of a scene," Franco shared.

"The scene we were doing was pretty crazy. There’s not any nudity, but it is pretty outrageous. It’s not as if the scene wasn’t in the script, though. In any case, I didn’t see any of this go down, but I guess she basically went up to the directors, Seth [Rogen] and Evan [Goldberg], and said, 'I don’t think I can do this,'" he continued.

"She, by the way, didn’t have to do anything crazy in the scene. But what was going on around her was, I guess, too extreme for her. So Seth was like, 'Well, what can we do to fix it?' And she said, 'There’s nothing you can do to fix it. It’s just everything.' And he said, 'Well, let’s just shoot it and I promise you can come to the editing room, and, if you don’t like what we’ve cut together, then we will not put it in the movie.' And she said, 'No, that’s still not good. I just can’t do this. I can’t be here.' And he said, 'Do you want to leave?' And she said, 'Yeah, I’ve got to leave'."

Emma Watson was one of many short celebrity cameos in This Is the End. The film, which featured Los Angeles celebrities playing heightened versions of themselves, included appearances from Rihanna, Paul Rudd, Aziz Ansari, and Mindy Kaling.

Earlier this year, multiple publications reported that Watson had "retired" from acting to focus on her relationship with her partner, Leo Robinton.

"Emma Watson has gone 'dormant' according to her agent," the Daily Mail reported in February. "That appears to be movie-speak for she's 'given up acting'."

The 30-year-old most recently starred in Little Women in 2019.

Reply
Upvote
2 upvotes
If the comments about "stepping in Emma's tears" are true, then Channing Tatum has gone way down in my estimation. Sounds like the classic male 'lighten up, it was only a joke, you're such a prude' response.
S
snorks a year ago

Reply
Upvote
@rush Looks like it was in the script, she knew it was going to happen.
Obviously there's a difference between what is written on a script and how it looks when it happens right in front of you, but it doesn't sound like the generic 'it was just a joke' response.
C
cat a year ago

Reply
Upvote
@rush I’ve been on enough film sets to be confident there’s zero chance Channing Tatum was within earshot of the extras anytime the cameras weren’t rolling. And what an extra decided was Emma ‘storming off in years’ was probably a lot of phone calls between agents and producers. She would  have been under contract to Disney at the time.
R
rush a year ago

Reply
Upvote
1 upvotes
@snorks Seth has said on Twitter that Emma didn't "storm off", and that the scene was being improvised and changed drastically from what was originally scripted.
@cat, I'm taking the original report with a huge grain of salt, an alleged extra on Tumblr isn't exactly the most reliable source!
C
cat a year ago