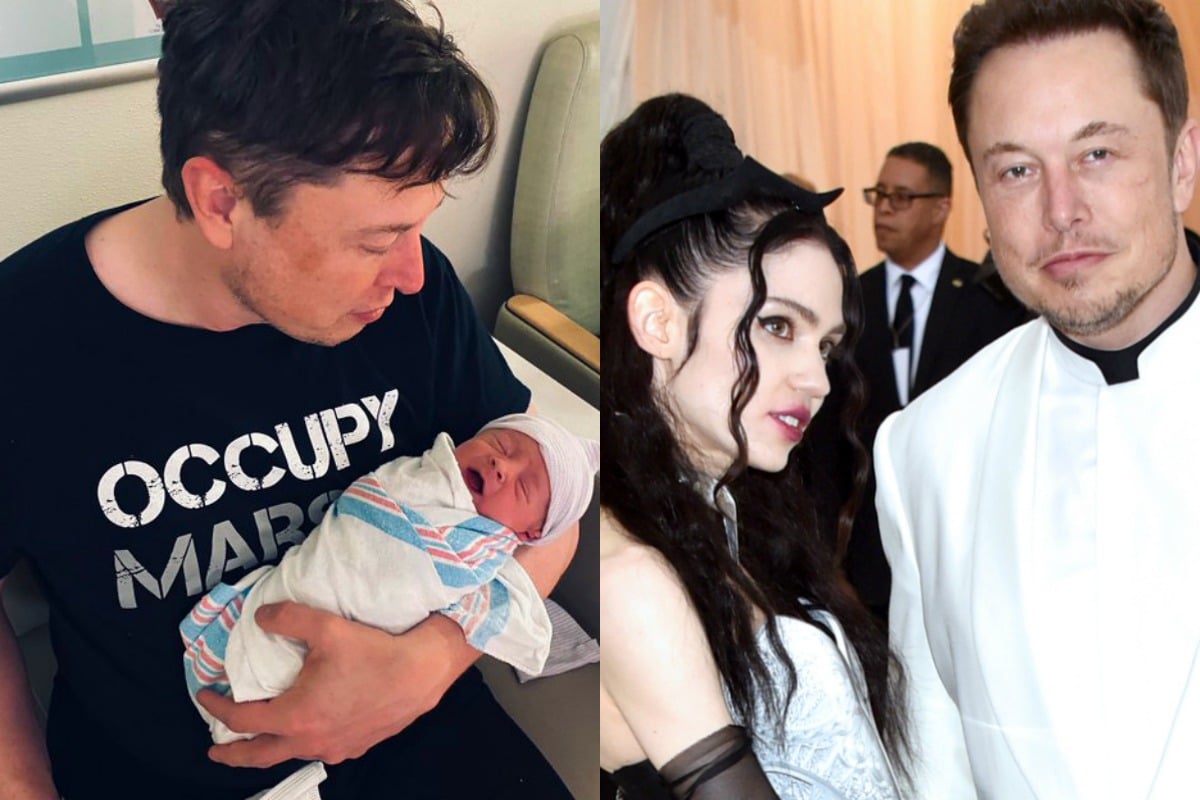 Lovely news to be celebrated at any point in time, especially in the middle of a pandemic when the rest of the news cycle is rather dire.

The baby is Musk’s seventh (his first child with ex-wife Justine Wilson sadly died of SIDS at 10-weeks-old, and they have five other sons; a set of twins and a set of triplets, together), and Grimes’ first.

Yes, it's very confusing. Nobody knows how to pronounce that or even what it... means, but most upsettingly, now I have to come up with a new name for my firstborn goddammit.

Today, an entire, excruciatingly long day later, there has still been no confirmation that this is us being trolled.

So here we are, believing the newest Musk child is named X Æ A-12.

BUT IS HE REALLY? I have no sound reasoning or evidence, but I truly feel like this is something Elon Musk, who once tweeted "Evian, the first bottled water, is naive spelled backwards" (true), would troll us over.

Elon Musk is a troll before he is a scientist

But then again, if any couple were going to name their child X Æ A-12 it would be these two.

Anyway, some internet sleuths have tried to figure out how the name is pronounced, with the most common theory 'X Ash Archangel', based on a tweet Musk liked.

It may look more like an equation than a name, but the character Æ is apparently pronounced 'ash' and A-12 has been used as a code name for a type of plane known as the archangel. I suppose that makes... sense.

Here are some other theories, which I apologise for, as they hurt my brain and are likely to hurt yours too:

X = 10 in Roman numerals, 10 is an angel number representing god and his government on the earth, ‘god said’ appears 10 times in Genesis I. Grimes has a song titled Genesis. Maybe X means Genesis. ????

Theory: this is true and the baby will be called Ash (representing the world tree of Norse mythology perhaps?). The song 4ÆM on Grimes’ new album is a coded dedication to their son. 4ÆM = ‘For Ash Musk’

According to an article by Slate, the name is unlikely to be legal anyway - at least with that spelling.

California, where it is presumed Grimes gave birth, defines names as consisting of the 26 letters of the English alphabet, so 'X' is the only legal part of 'X Æ A-12', and while it's easier to type (and pronounce), that is still wildly impractical.

Whatever the truth, the announcement has left us with some spectacular memes, and for that, Elon, we thank you.

X Æ A-12 when Grimes says he can stay up past his bedtime pic.twitter.com/O9IyB95n3O

X Æ A-12 after elon n grimes put him to sleep pic.twitter.com/OM0cq47Ll3

Grimes when X Æ A-12 takes a bath but starts short circuiting pic.twitter.com/rv8KbA7quv

Elon Musk and Grimes naming their baby X Æ A-12 doesn’t bother me. What DOES bother me, however, is that there are potentially 11 other X Æ A’s that we haven’t even heard of yet.

X Æ A-12 going on his first hike pic.twitter.com/agZEdedaCP

Reply
Upvote
1 upvotes
Love all the people coming up with the most convoluted explanations for the 'name'. I guess we've all got too much time on our hands right now.
N
nell 2 years ago