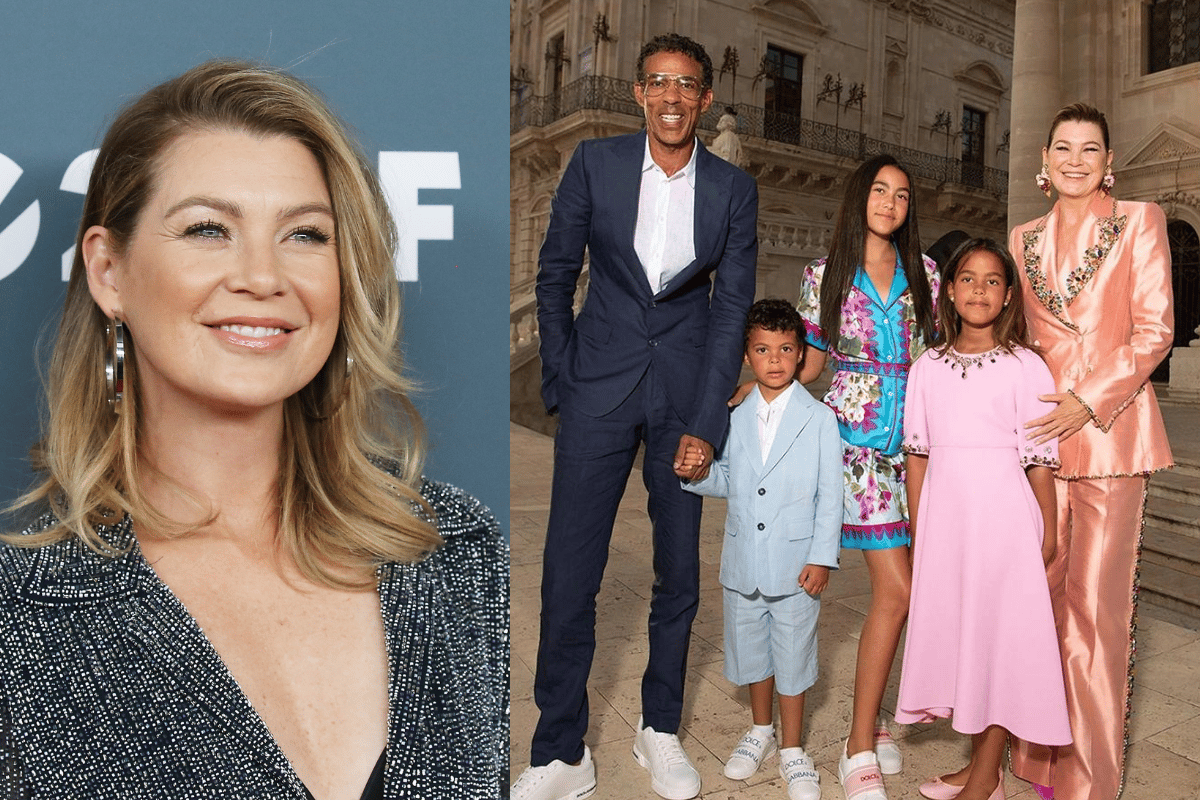 Ellen Pompeo is one of TV's best-paid actors, as well as one of the most iconic too, thanks to her 16+ years on Grey's Anatomy.

But there's little known about Pompeo's private life – and she says that's been a conscious decision.

In 2003, Pompeo met and fell in love with record producer/writer Chris Ivery at a grocery store in Los Angeles. For six months, they were just friends – but as Ivery said to PEOPLE: "Then one night she just looked different to me."

The pair felt as though it was meant to be, especially since they had grown up in the same area in Boston and had similar friends, yet only met one another as adults.

"We were six degrees our whole lives, so I feel like we were sort of meant to be," Pompeo said.

By 2005, Pompeo was becoming a household name thanks to Grey's Anatomy. And as her profile increased, she tried to slide further and further away from the limelight – as well as keep her relationship on the down low.

But a year later, news broke that Ivery had proposed to Pompeo, with the pair marrying in a quiet ceremony in New York City. "She just didn't want a big thing," Pompeo's father told the press.

Watch: Ellen Pompeo calls out the lack of diversity in the room. Post continues below.

By 2009, Pompeo and Ivery had welcomed their first child, Stella Luna.

As Pompeo later recounted, "the writers and producers were really gracious" with her Grey's Anatomy character Meredith, so that the season's storyline would put Meredith in a hospital bed for most of it – therefore being able to conceal her growing stomach.

In 2014, they had another daughter, named Sienna May, and in 2016, they welcomed their son Eli Christopher.

Reflecting on family life, Pompeo said on the Unbothered podcast that maintaining a stable income via Grey's Anatomy has always been her priority, in order to support her kids.

"For me, personally, a healthy home life was so important to me – more important than a career. I didn't grow up with a particularly happy childhood. So the idea that I have this great husband, these three beautiful children... to have a happy home life was really something I needed," she said. "And so I made a decision to make money and not chase creative acting roles."

As for the realities that parenting brings, Pompeo said she has always been able to keep herself humble just by having her kids around - because they are very good at telling the brutal truth.

"I make a lot of mistakes. Kids are just so open and honest, and you could get down on yourself a lot as a parent… But you can't adopt a sort of victim's attitude, you have to adopt an optimistic, can do, 'how do I fix it?' attitude with kids!" she said.

Raising three kids who are Black, Pompeo has said it's been a priority for her and her husband to teach their kids about the injustices in the world, and build them up to succeed.

"I'm already a super emotional person, and life can be quite painful for me sometimes because I feel things so deeply, and I feel things even more deeply now that I'm a parent. You worry so much about them, and it's really hard. We're living in a crazy, polluted, violent, angry world.

"There's a lot to be fearful of for them," she explained, noting that her fear levels have only increased as her children get older.

"My daughters are Black so it's very important to me that they see a lot of images of beautiful, powerful, strong Black women," Pompeo said to PEOPLE in 2020.

"Every time there is a Black woman on a magazine cover, whether it is Kerry Washington or whoever it is, I make sure that magazine is in my house and on my table. For me, that's super important."

A few years ago, Pompeo took part in an all-women panel interview for Net-a-Porter, alongside Gabrielle Union, Emma Roberts and Gina Rodriguez.

During that interview, she noticed something that made her feel uncomfortable: there were hardly any people of colour in the room. When the on-camera discussion turned to issues of racial representation she decided to call out Net-a-Porter for what she saw.

"When I show up on set, I would like to see the crew look like the world that I walk around in every day. As Caucasian people, it's our job, it's our task, it's our responsibility to make sure that we speak up in every single room we walk into, that this is not okay, and we can all do better. It's our job, because we've created the problem."

Reflecting on the clip that went viral, Pompeo said it was important to her to talk when she saw something she was uncomfortable with. Not only for her children's sake, but to raise a wider issue and make a point publicly. 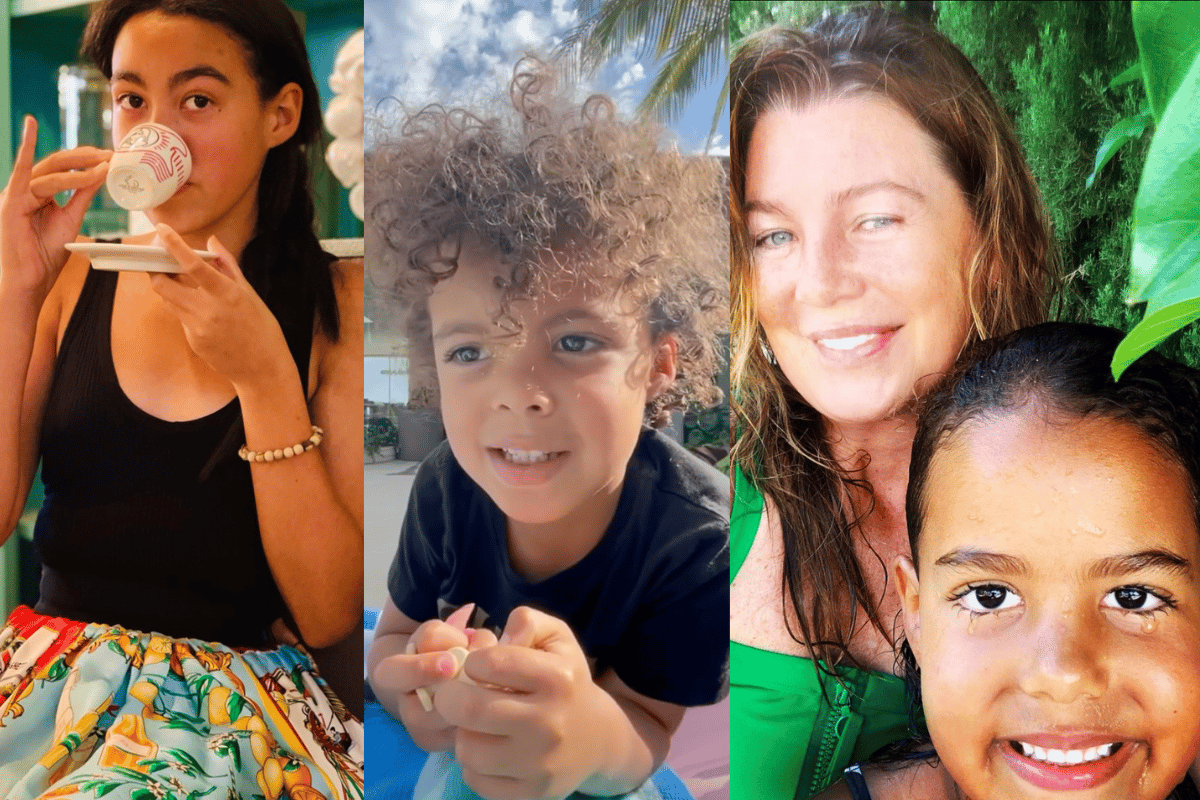 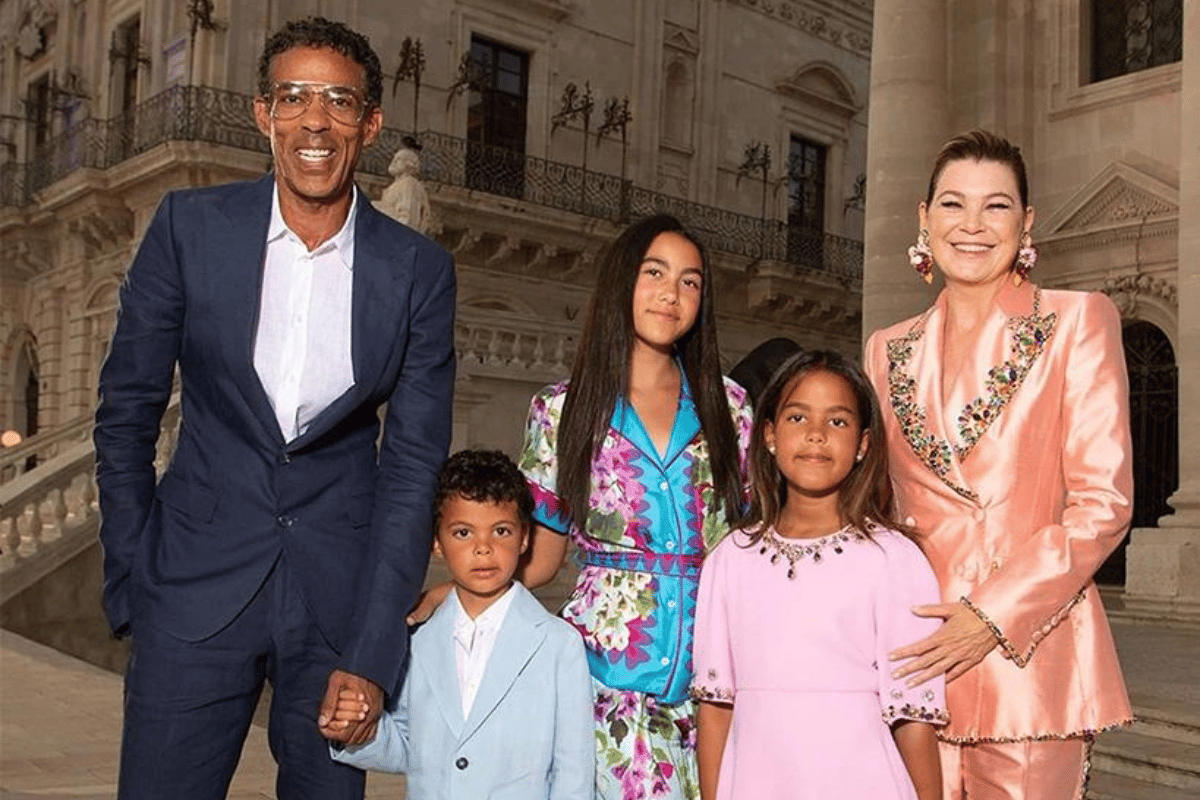 Ellen Pompeo and her family this week at a Dolce & Gabbana show. Image: Instagram @dolchegabbana

It's a sentiment she has continued to push, particularly amid the Black Lives Matter movement around George Floyd's murder. So when asked during an interview what she wants to teach her kids, she said she wanted them all to be vocal and stand up for causes they're passionate about.

"I wish someone had told me that when I was young, but you can't worry about what people think of you, because they are too busy wondering what you're thinking of them!"