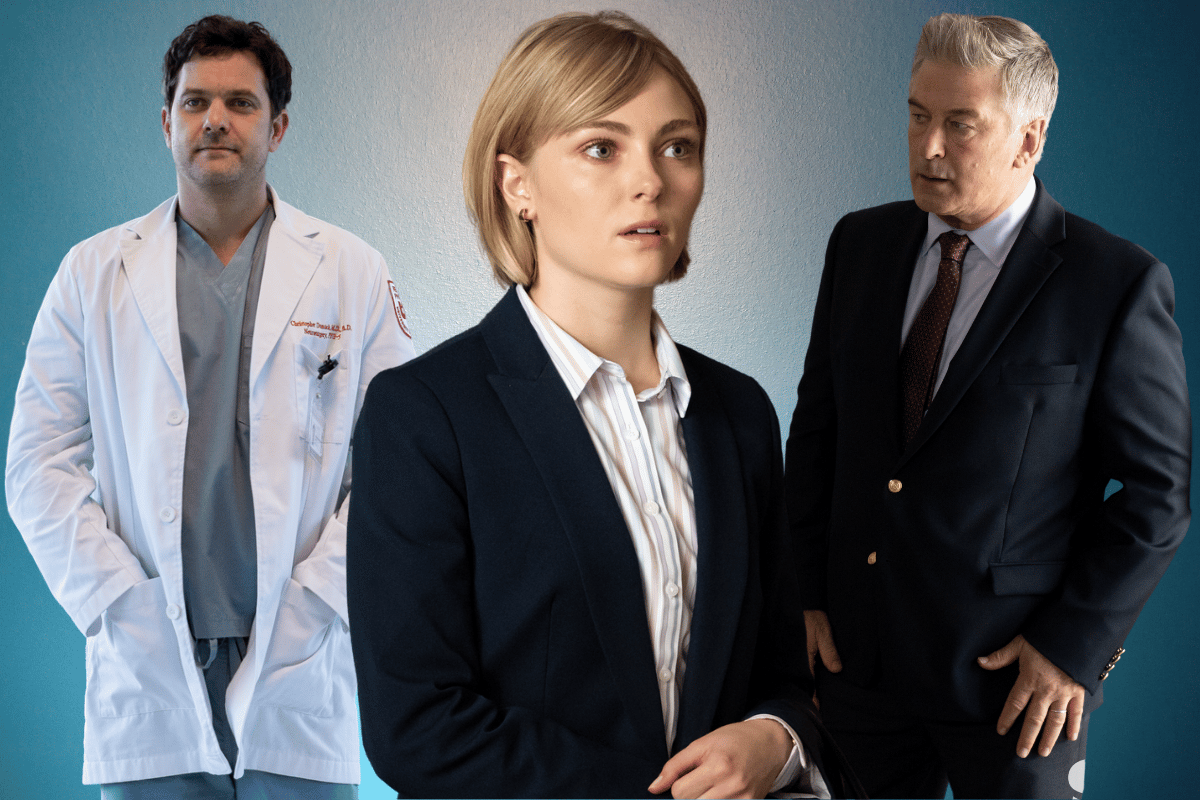 Stan's terrifying new drama Dr. Death is all the harder to watch once you know it's based on a true story.

The eight-part series is based on Wondery's hit podcast of the same name and tells the true story of former American neurosurgeon Dr. Christopher Duntsch, who became known as 'Dr. Death' after it was discovered that he left a trail of severely injured and maimed patients across various hospitals in Texas.

Dr. Death stars Joshua Jackson as the charismatic but dangerous Christopher Duntsch, who attempts to cover up his terrifying medical practices after Dr. Robert Henderson (Alec Baldwin) and Dr. Randall Kirby (Christian Slater) discover just how many patients he had left injured or dead.

The two doctors team up with Dallas ADA Michelle Shughart (AnnaSophia Robb) and begin working towards an unprecedented goal: convicting a negligent doctor in criminal court.

It's a troubling story, but one very much worth telling. So here are four interesting facts you didn't know about Stan's chilling crime drama Dr. Death.

Listen to The Spill's WATCH CLUB: The Terrifying True Story Of Dr. Death.

1. Joshua Jackson didn’t rely on special effects to transform into Christopher Duntsch at different times in his life.

Before filming started, 43-year-old Joshua Jackson was a little concerned about playing Duntsch in the show's flash-back scenes, which show him in his early twenties and even in his college years. At the same time, he didn't want the character to be picked up by a younger actor, because he had a very nuanced understanding of how the doctor should be portrayed on the show.

While VFX did a "digital wipe" on his face to make him look younger, Jackson told Variety that most of the transformation to play Duntsch was done practically and through his own methods.

To film the young Duntsch scenes, Jackson trained himself to walk in a different way and altered the register of his voice.

If you look closely at Dr. Death, you'll see that Jackson has cultivated a slightly different walk for each phase of Duntsch's life, to make it more believable that he was aging.

According to the actor, eventually, prosthetics began to take over his look.

"We spent a lot of time getting the gradations of the prosthetic so that you don’t really notice it through the first couple of steps and then and then at the very end it’s quite a significant leap that’s happened because he’s internalised all of this angst and chaos and he’s literally, physically wearing it on his body," Jackson told Variety.

2. The series sticks pretty close to the events highlighted in the podcast, but one important scene never happened in real life.

Dr. Death showrunner Patrick Macmanus set out to keep the events in the series very close to what happened in real life, as chronicled on the Wondery podcast, with the exception of changing small things like patient names for the sake of confidentially.

However, there was one crucial moment that was written into the script that never took place in the real world and it plays out in Dr. Death's fourth episode entitled An Occurrence at Randall Kirby’s Sink.

In real life, Dr. Kirby and Dr. Duntsch did meet each other, but Dr. Henderson never came face to face with the dangerous man he was trying to block from practicing medicine and operating on patients.

However, Patrick soon realized that writing the story out in that way, while true to life, wouldn't gel with what audiences really wanted to see, telling the Los Angeles Times: "It would be problematic that Alec and Josh were never going to be able to be on-screen together."

So he invented a sequence where Henderson and Duntsch have a heated encounter, and I think we can all agree it adds an extra layer of drama to the show.

3. One of the main cast member's mothers is one of the most famous women in Hollywood.

One of the most compelling characters in Dr. Death is Kim Morgan, Duntsch's physician's assistant-turned-girlfriend who initially turns a blind eye (and flushes some drugs) to his bad behavior, until she realises what he is really capable of.

Kim is played brilliantly by Grace Gummer, who is the daughter of multiple Oscar winner Meryl Streep and celebrated sculptor Don Gummer.

Along with her famous mother, the 35-year-old actress is part of a showbiz family. Her older siblings are musician Henry Wolfe Gummer and actress Mamie Gummer, and her younger sister is model and actress Louisa Jacobson Gummer.

The actress made her on-screen debut in the 1993 film The House of the Spirits which her mother also starred in.

Lately, Grace has been making headlines thanks to her highly publicised romance and engagement to British-American DJ, songwriter, and record producer Mark Ronson, but she's also a successful actress in her own right.

Grace has a long list of film and TV credits to her name, including roles in shows like American Horror Story, The Newsroom and Good Girls Revolt and movies like Jenny's Wedding and Frances Ha. 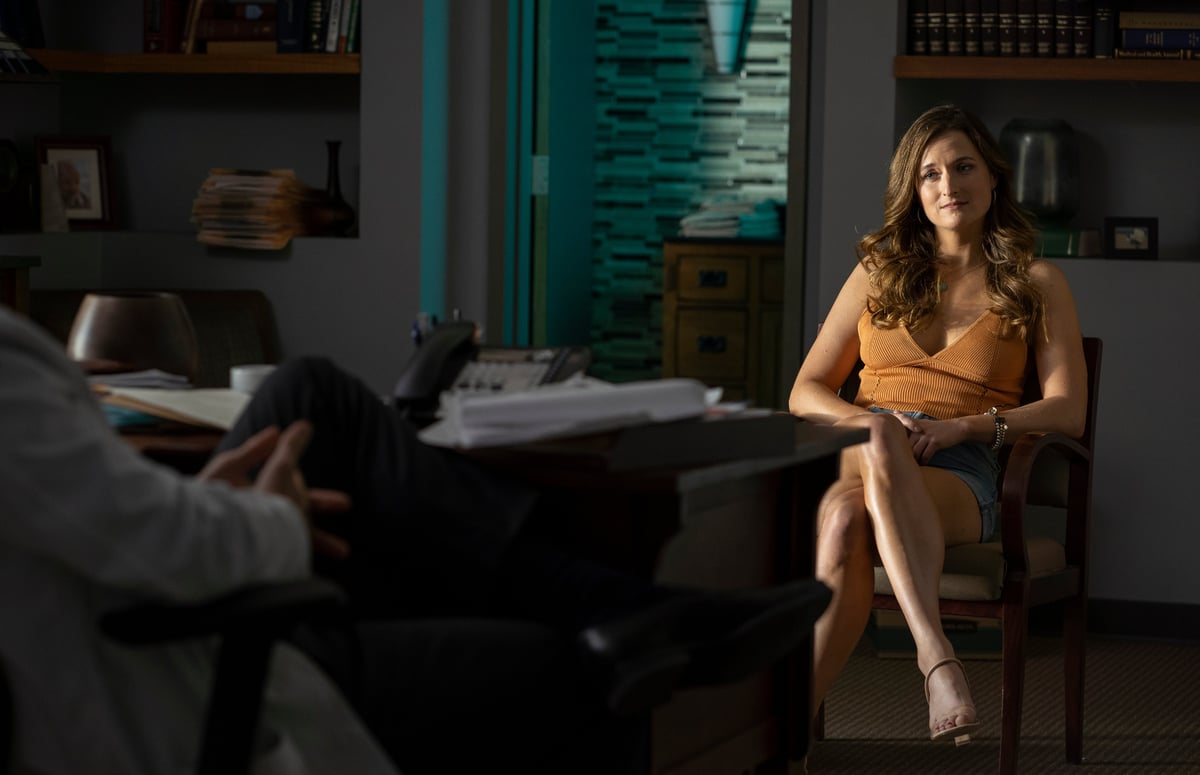 The Dr. Death podcast makes it very clear that there's no real answer as to why Duntsch continued to operate, although its hypothesis was that it could be to do with his upbringing or a suspicion that he was a narcissistic sociopath.

In the series, showrunner Patrick Macmanus instructed Joshua Jackson to lean into Duntsch’s God complex and sociopathic ways as a way to shape the character.

After spending more than three years entrenched in Christopher Duntsch's life, the showrunner believes that only the ex-neurosurgeon himself could ever really explain his actions, but he does have his own theories.

"I firmly, fundamentally believe that he was a product of nature, nurture and the system that enabled him in terms of nature," he told Los Angeles Times. "Beyond a shadow of a doubt, he was a narcissistic sociopath who had a great deal of natural talents."

"That narcissistic sociopath was nurtured, I believe, by his upbringing, which sort of fanned the flames of that need to be the best at whatever he does via football or wrestling or research and surgery."

He said he believes Duntsch felt he was "infallible", adding: "If you ask me, 'Do I believe that he was purposely maiming and murdering people?' No, I do not. Now, the caveat is that the man deserves to be in jail for the rest of his life."

All eight episodes of Dr. Death are available to watch now on Stan.