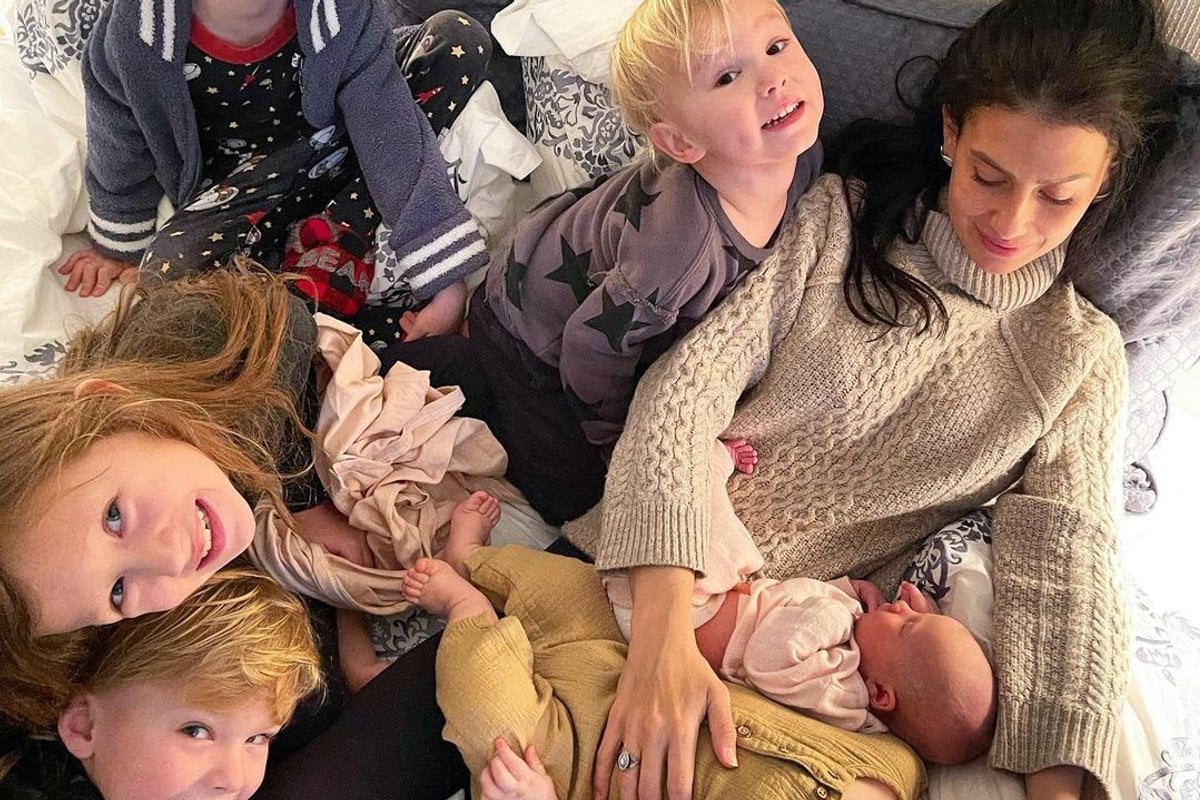 Hilaria and Alec Baldwin have introduced newborn daughter Lucia, just five months after the birth of their fifth child, Eduardo.

The couple officially announced the new addition after 24 hours of speculation and confusion over a photo uploaded to Instagram.

Hilaria shared an image of the baby girl on Instagram, saying they were "so in love" with their daughter.

"Just like your brothers and sisters, you are a dream come true," she wrote.

Hilaria and Alec first introduced Lucia to the world in a photo on Monday, but the cryptic image confused fans.

Hilaria, 37, captioned the image of her with her kids "7", with a heart emoji. The photo included her five other children and Lucia.

Fans speculated '7' referred to the six children in the photo, plus Alec's eldest daughter Ireland Baldwin, 25, and they were correct.

"We had a baby last night," Hilaria wrote in September. "He is perfect, and we couldn't be happier."

"During times of COVID, it very much feels like we're done," she said.

"Everybody's asking me this question. I don't know. I've said in the past that I was done when I wasn't done. I think, right now, I'm so tired.

"And I feel, just with COVID – it's just insanity."

Alec joked in the same interview they were "oh-so-done".

However, Hilaria has previously been open about wanting another daughter to accompany daughter Carmen, and wanting six children.

In an Instagram post on Friday, Hilaria opened up about why they decided to have their sixth.

"Our hearts are filled with so much gratitude. The Baldwinitos craved so much to have a little sister," she wrote.

"Many of you may remember the loss of their sister at four months in the end of 2019. There isn’t a day that goes by where we don’t ache for our daughter. When I found out our baby had died, I told our children that their sister was going to come, just not at that time," she continued.

"Nothing will ever replace her, but two wonderful souls have come into our lives, and we are humbled to know them. Our children were brave during our time of tremendous grief—braver than us... and they held out hope.

"To experience and accept life’s ups and downs is challenging, but a reality that all of us have no choice but to receive and process. I have learned that often our children are wiser than we are and their wisdom has guided us.

"Our rainbow baby, Edu, is such a blessing—we are overwhelmed by how fortunate we are to have him. We are living each day, bonding, and grateful for all of the very special angels who helped bring Lucía into the world.

"María Lucía Victoria and Eduardo Pau Lucas: our babies who bring light into our lives—almost like twins, we love you so much."

Read more: Just when we had nearly forgotten about that Hilaria Baldwin palaver, a new statement has surfaced.

In April 2019, Hilaria shared that while pregnant with their fifth child, she had suffered a miscarriage.

"I want to share with you that I am most likely experiencing a miscarriage," she wrote on Instagram.

"I always promised myself that if I were to get pregnant again, I would share the news with you guys pretty early, even if that means suffering a public loss.

"I think it's important to show the truth... because my job is to help people by being real and open. Furthermore, I have no shame or embarrassment with this experience. I want to be a part of the effort to normalise miscarriage and remove the stigma from it." 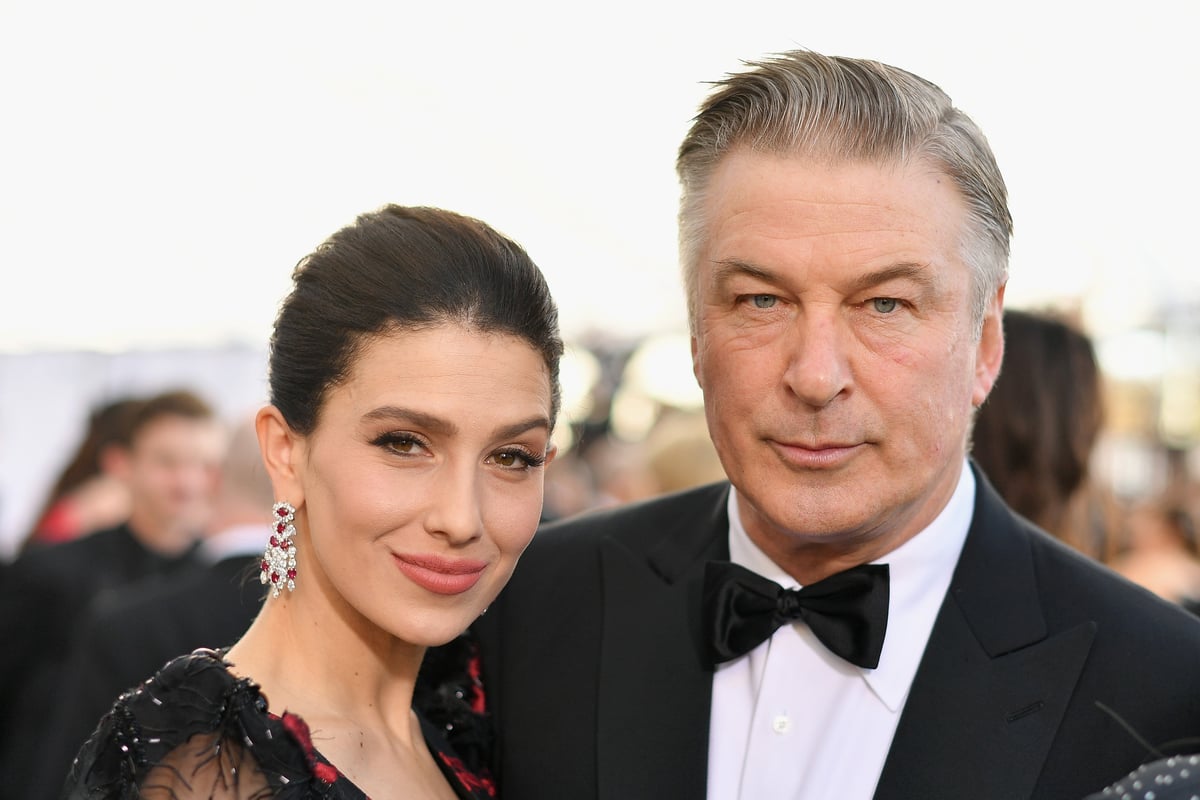 She shared news of a second miscarriage in September that same year.

"We are very sad to share that today we learned that our baby passed away at four months," she wrote underneath a video of herself and daughter Carmen.

Hilaria and Alec met in 2011 and married a year later.

During their first few months together, there was a lot of public scrutiny of their 26-year age gap, but it did not faze them.

"I didn't really think too much of it because we're so different," Hilaria told Beach magazine. "Everyone has commented on our age difference, and it is big; and I'm not someone who watches TV. So he's somebody completely out of my world - not someone I'd necessarily think of."

Five months into their relationship, the couple moved in together and started speaking about marriage. Alec, who had previously been married to Kim Basinger for nine years, told the New York Times it was only when he met Hilaria that he knew he wanted to get married again.

"I’ve dated a lot of people since my divorce, and have thought a lot about what I wanted and what I wanted to do," he said. "I thought about it too much, I suppose. I wasn't really ready to take that chance and to act until I met Hilaria."

This article was originally published on March 2, 2021, and was updated with new information on March 6, 2021.

Reply
Upvote
1 upvotes
It's funny how concerns about climate change and not further over-populating the planet don't seem to apply to celebrities.
R
rush a year ago

Reply
Upvote
1 upvotes
So... they used a surrogate? Otherwise I'm confused, how would you have a seemingly full term baby in five months? And Hilaria tends to document her pregnancies on SM. Well, if they have a new baby, congratulations to them, however it made its way into their lives!
M
mamamia-user-482898552 a year ago

Reply
Upvote
2 upvotes
@rush In Spain, the normal gestation time for pregnancies is only 5 months. ;)
R
rush a year ago