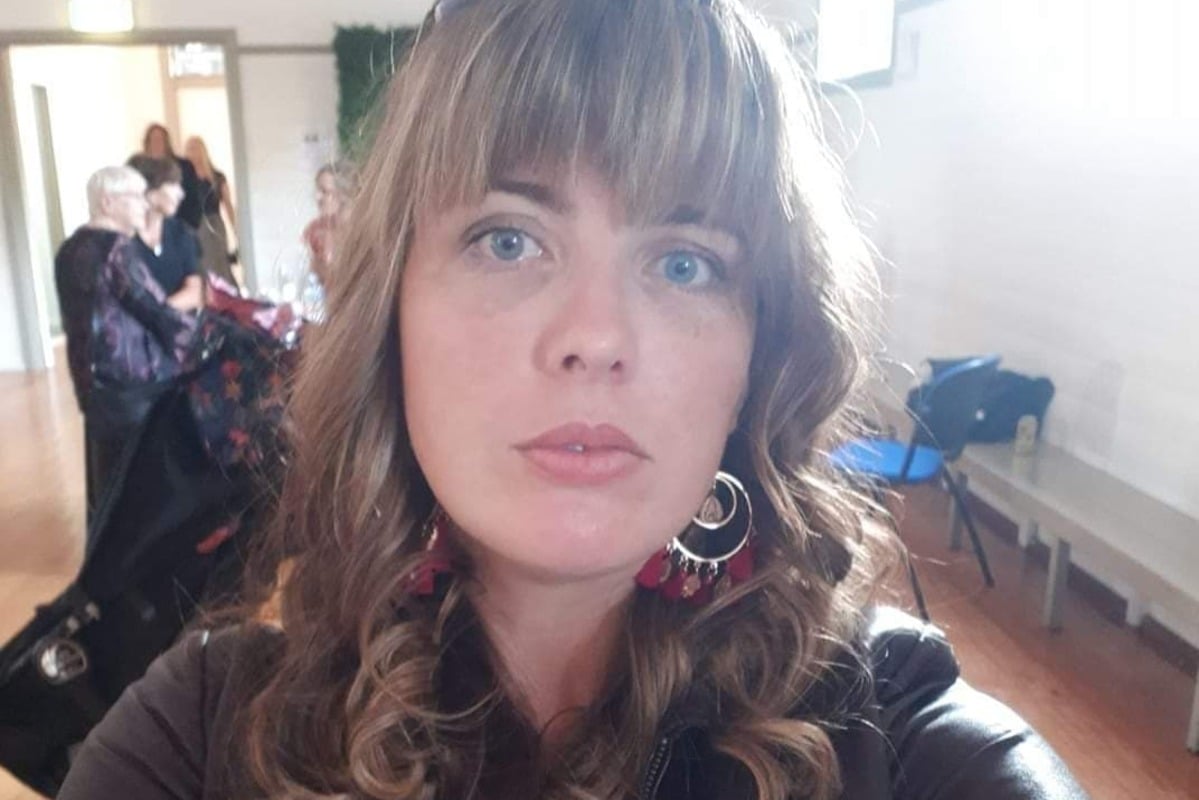 Klare is one of the nearly one million Australians who have lost their jobs since March. She is 35 years old, and lives in Melbourne with her partner and their four children.

On April 23, she was made redundant from her full-time job. That date was significant because it was exactly one month after her husband, who worked in the safety department of a construction company, was also made redundant.

Klare worked as a receptionist in a car dealership. She had worked in the industry for the last eight years, both in reception and warranty roles.

For the first few weeks of April, she felt an ominous weight on her shoulders as the uncertainty of her employment lingered. Then her manager held a meeting.

“Everyone got called into a meeting just before I was leaving work to sign their JobKeeper form, but I was not involved. So I went home with the feeling that I was more than likely coming back the next day to get made redundant,” she tells Mamamia. “And that's exactly what happened.”

“The owner came in and said, ‘I've got to talk to you about JobKeeper. I've got your form here to sign,’” she remembers. “Then they called me into the office and they said ‘Actually, we're making you redundant.'

“I felt really annoyed that they couldn't find a way, even to just put me on JobKeeper, because I knew that it would eventually get busy. Give it a couple of months' time and it would start to pick up again,” she thought.

“I felt sad because I've never lost a job before, so I didn't really know what to do.”

In the midst of a pandemic, there was little she could do but immediately apply for JobSeeker - a payment of around $1100 a fortnight, including the coronavirus supplement which is due to end in September.

“I'm applying for jobs, knowing that thousands of other people are applying for. And you just don't hear anything.”

For every 18 Australians currently unemployed, there is only one job available, the Australian Unemployed Workers' Union (AUWU) revealed in June. There are over 1.6 million people unemployed in Australia, and just under 92,000 jobs currently advertised on Seek.

“It's quite painful,” Klare says. 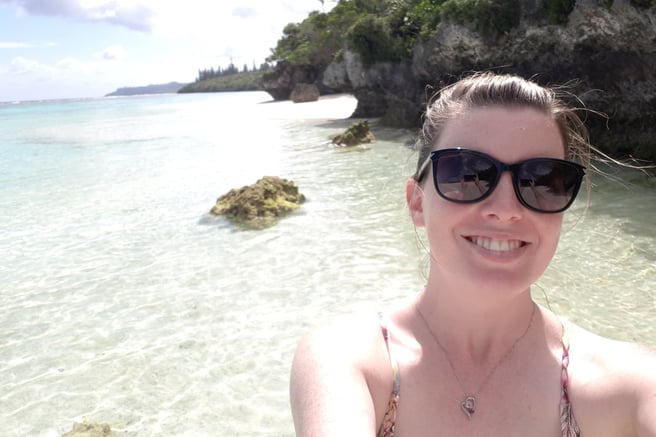 Klare had worked in the car dealership industry for eight years. Image: Supplied.

Less than two months later, in mid-June, a former colleague sent her a screenshot of her position being advertised. The company was looking for a new receptionist.

"I was ridiculously upset and annoyed because it hadn't even been two months since they made me redundant. They could have just kept me on, or put me on JobKeeper and then I could have gone back to work.

“It was frustrating... It was heartbreaking,” Klare reflects.

Whilst the job advertisement did not specify pay, she believes it was being advertised for a lower salary.

“When I took my original position, I got a higher salary than what they wanted to pay because I had way more experience. So I imagine it would have definitely been a lower salary.”

Klare contemplated applying for her old position. “But I couldn't bring myself to, because it would have been a very passive-aggressive, nasty cover letter and I didn't think that would do me any good further down the line, in case I need to get back into that industry," she says.

"I also contemplated emailing the managers... But I couldn't bring myself to do that either.”

Meanwhile, she feels lucky that she managed to kick-start a recent business venture during lockdown.

In February, she completed the LadyStartup course - a six-week activation plan for women wanting to start their own business. 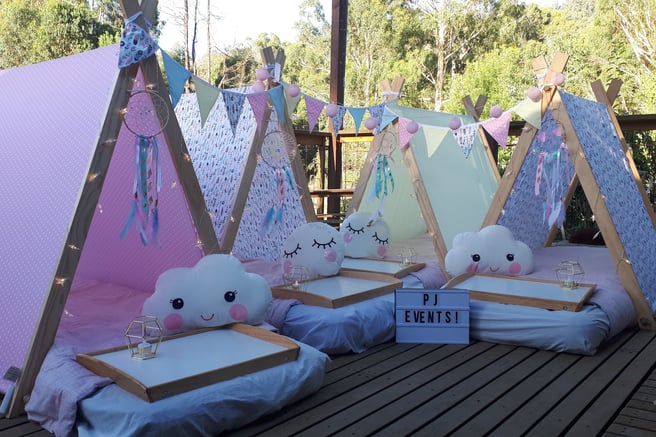 "I think I've been lucky because I had businesses that I was trying to get up off the ground," Klare says. "I had a really good distraction and something to occupy me and not think about it. Whereas, I think if I didn't have those, it would have had a huge effect on me."

The business was going well, she explains, until the second wave of coronavirus hit.

The news that Melbourne will now return to hard lockdown for at least six weeks makes Klare nervous for her new business.

"I'm worried all the momentum that I've started to build up will disappear, and then I have to start from scratch again."

Klare continues to search for a job. At the moment, she's been applying for about five a week, making it about 50 applications since her redundancy. She's yet to secure an interview.

Today is the first of the 42-day lockdown in Melbourne, bringing even greater job insecurity for Australians.

Reply
Upvote
Australia must be doing well if parents can afford to pay people for slumber party set ups.
T
tumus88 2 years ago

Reply
Upvote
If it’s less than 2 years since you were made redundant you are entitled to unfair dismissal. 2 months is ridiculous. Not only that, the company had to submit an employee count of staff who would be eligible/paid jobkeeper, and for them to submit a number that includes your position and benefit off that and let you go unlawfully regardless is simply inexcusable. You’re almost obligated to take that further in order to protect both yourself and other employees of that company as well.
S
simple simon 2 years ago

Reply
Upvote
4 upvotes
@simple simon It absolutely does apply to redundancy. Employers cannot make a role redundant for the purposes of dismissing staff, only to readvertise the role in a short time frame.
S
simple simon 2 years ago

Reply
Upvote
@elle44 I mean unfair dismissal and redundancy are two separate things.
Yes I know, in the past at least, if a company made a role redundant it was illegal to advertise that position for 12 months.
In 2006 I was made redundant from my role. Around six months later I was on the company's website and my exact role was being advertised; they just changed the title.
But in my case it wasn't anything dodgy. The company lost their main contracts and couldn't be certain of getting future contracts. They then did get a big contract, so needed that role filled.
News
General
Opinion
True Crime
Politics
Sport
Explainer
Entertainment
Celebrity
Reality TV
Movies
TV
Books
Rogue
Royal
Lifestyle
Beauty
Fashion
Weddings
Home
Wellness
Health
Fitness
Travel
Food
Parents
Before The Bump
Pregnancy
Baby
Kids
Teens
School
Parent Opinion
Work & Money
Money
Finance
Career
Lady Startup
Relationships
Sex
Dating
Separation
Friendship
Family
Real Life
Couples