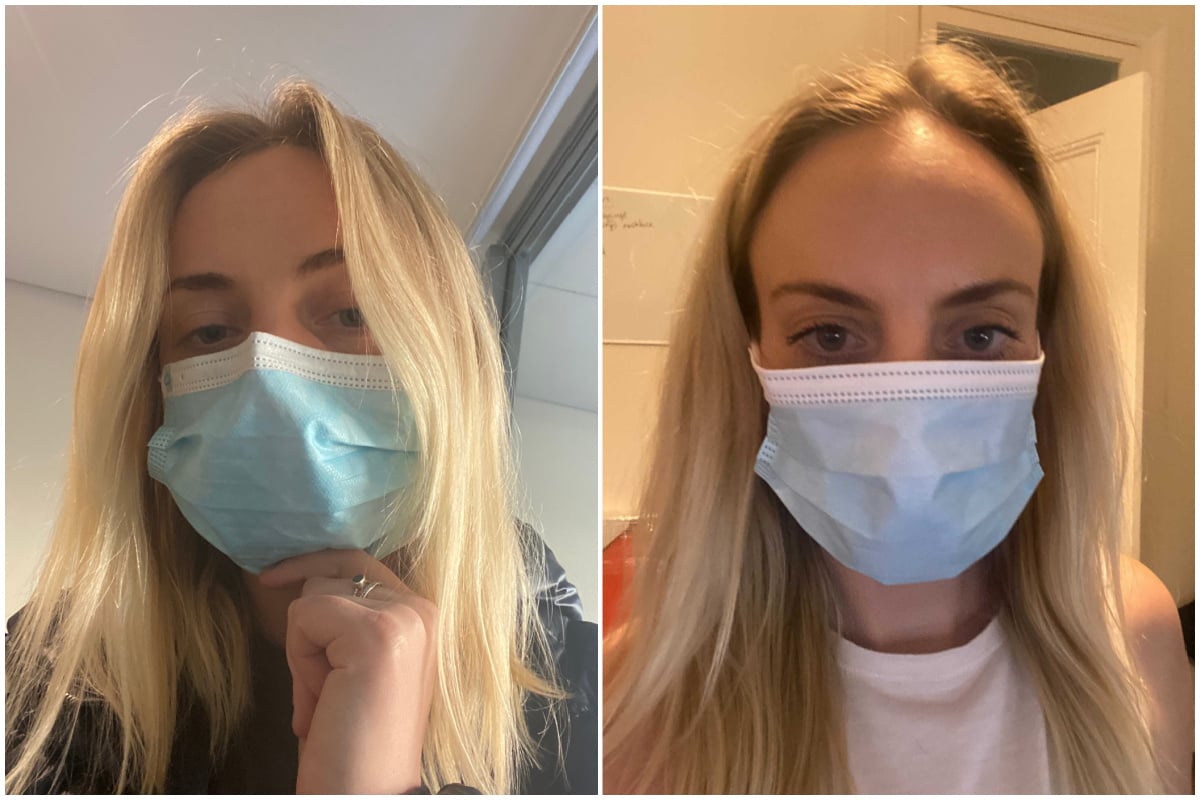 We've tried so hard to be grateful and patient and respectful but right now we do not feel any of those things.

We're angry that a virus changed the world and that our only holiday this year was cancelled.

We're angry that there wasn’t any warning. Or maybe there was and we weren't listening.

We're angry that it feels like our lives are on hold. That our decisions are confused and that time continues to go by even though we're not doing anything. We're begging it to stop and to go faster at the same time - to give us a moment to breathe and to catapult us into another year, when life isn’t restricted.

But then that's what we hoped from 2021. Is that the lesson, universe? To suspend hope? Optimism? Years are going by as though we don't all have a finite amount of them.

We're angry that in order to preserve life we must put millions of lives on hold. That for some, livelihoods must be sacrificed. We know it's the right decision. We know Australia has done the best we can with the information and resources we have. But that doesn't mean we don't get to be angry about it. Sometimes, logic can't talk you out of anger.

We're angry at anti-vaxxers and how sure they are of themselves. But equally, we're angry at the way we shut down anyone who asks questions or expresses any worry, as though anything about this situation is normal or reassuring.

We're sick of all the talking and the fighting and the person on the internet who thinks they know better than the premier and, sometimes, on a bad day, we wonder if maybe they do.

We're angry about the death toll. More than four million worldwide. Nearly one thousand in Australia. We've learned that to be angry, there doesn't have to be anyone to blame. In fact, often there is more fury when there isn't.

We're angry that we feel trapped - stuck inside this fortified island so far from the rest of the world. Relatives have babies and they marry and maybe they even die and they're not a plane trip away anymore. They exist in another dimension.

We're angry that when we look around the world, we're not seeing hope. Even in the countries that are months ahead of us - vaccinated, with borders open - the virus isn't going away. There's no blueprint for a future we want to be a part of.

We're angry that the news is all f**king COVID which is depressing and boring and unyielding. We're angry when the news tries to cheer us up with a distraction, and don't you know there's a deadly pandemic ravaging the world right now? What is wrong with you?

We're so, so angry that we haven't seen our cousin, who has an intellectual disability, for seven weeks. We're angry that he's mostly stuck inside, waiting. That we can't even drop him off a coffee and we certainly can't give him a cuddle, even though he is fully vaccinated and we're halfway there.

We're angry that our motivation is gone. We don't want to write or create or brainstorm because it feels like there's no point. What's the rush? What isn't done today can be done tomorrow. Or the day after. Or in a week's time.

We're angry that every lesson this lockdown or this pandemic is teaching us we've already learned. We already f**king did this.

We're angry about our hair. And if you saw us, you'd understand why.

We're angry that the end of the week doesn't mean much.

We're angry we can't see our brothers this weekend. Or our grandfather. We're angry that someone told him he needed to purchase a web camera in order to log in to a Zoom call and at 95 has the poor man not been through enough?

We're angry because we're not allowed to be angry. Because millions of people have it worse. Because the things that make us angry are less legitimate, less significant, less than what’s making other people angry.

Most of all we're angry that we're not even sure if this is anger anymore, or just a new emotional baseline we're all learning to live with.

Things will change. They always do.

But today, we need the space to say that this is hard - with no caveats or preamble.

Today, we are angry.

And we bet you are too.

A
azzuri a year ago

<deleted> a year ago

Reply
Upvote
I'm not angry or furious.  Why should I be angry of situations outside my control? I might as well rage at the weather.
I'm grimly stoic, keeping my sense of humour, marvelling at the amazing sense of solidarity with others facing a crisis, feeling rather tired and dreaming to see the end of this whole wretched Covid business. Yet I still remain hopeful. No, I'm not angry at all.
Except for the toilet paper hoarders - these people make me fume and seethe like Gordon Ramsay being served an under cooked chicken.
News
General
Opinion
True Crime
Politics
Sport
Explainer
Entertainment
Celebrity
Reality TV
Movies
TV
Books
Rogue
Royal
Lifestyle
Beauty
Fashion
Weddings
Home
Wellness
Health
Fitness
Travel
Food
Family
Before The Bump
Pregnancy
Baby
Kids
Teens
School
Parent Opinion
Work & Money
Money
Finance
Career
Lady Startup
Relationships
Sex
Dating
Separation
Friendship
Family
Real Life
Couples