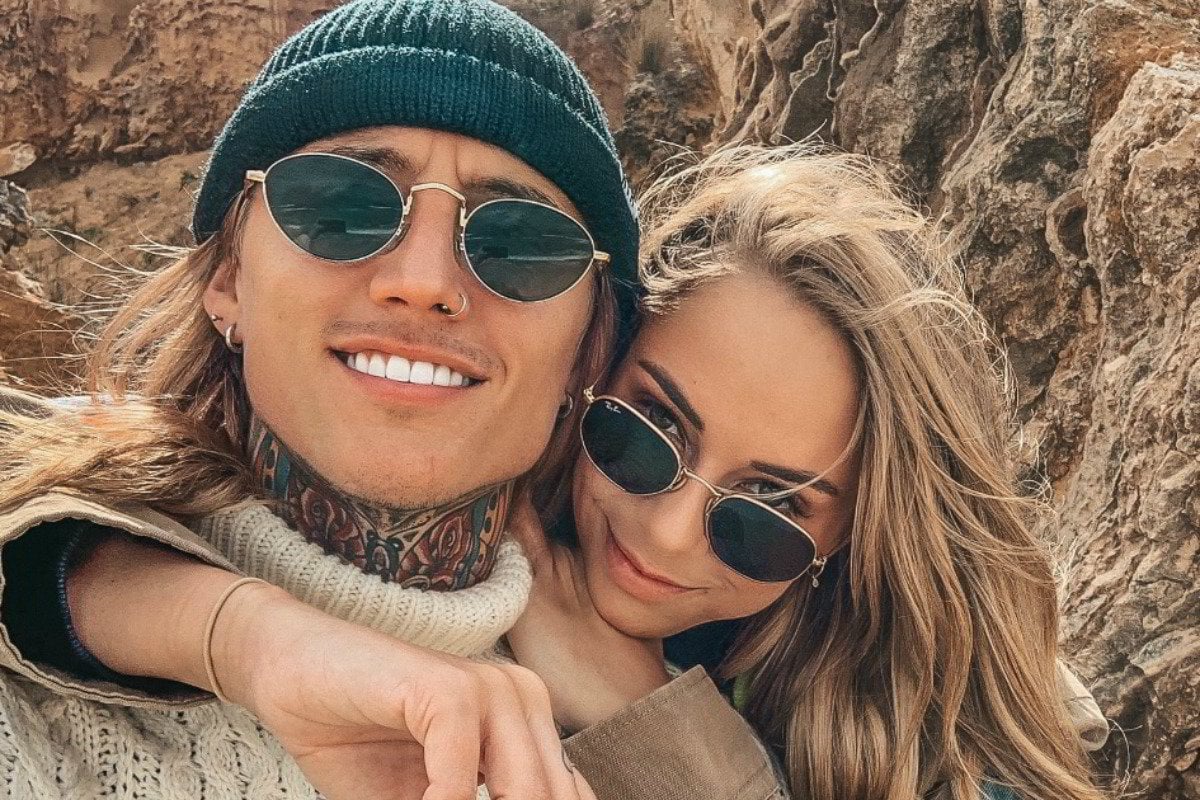 There is nothing worse than seeing your ex, or someone you’ve dated, with another woman.

Whether you’ve bumped into them at a bar, scrolled past a loved-up photo on your feed or just heard about them through the grapevine… it sucks. It can make you feel nauseous, angry, nostalgic or sometimes all three at once.

In a perfect world, we’d break up with somebody and then they’d immediately pack their bags and hop on a spaceship, heading for whichever planet is the furthest from Earth. (Quick Google tells us it’s Saturn so, jog on then.)

Sounds like some form of torture, doesn’t it? Screw waterboarding or scalping… just threaten to tie me to a chair in front of Bachelor In Paradise and I’ll tell you anything you want to know.

By now, it’s no secret that BIP’s resident f*ckboi and self-proclaimed “Naughty Boy” Ciarran Stott and I had a “thing” at some point this year. (You can hear all about it on my podcast, Too Much Tully, right here).

Watch: Ciarran and Jess broke up on last night's episode of Bachelor in Paradise. Post continues below...

However, he’s not the first person I’ve been with to appear on a reality TV show and statistically, I’m sure he won’t be the last.

Some of them have been surprises.

There I am, sitting on my couch with an oversized glass of rosé all snuggled up, innocently awaiting my favourite trash reality TV show to start and BAM.

In walks a very familiar, tall, dark and handsome gentleman that I have once shared a bed with. (Obviously not Ciarran.)

If the speech bubble fits... 😜✨ Dress: @retrofete via. @beyondyourwardrobe

Because it’s weird, isn’t it? It’s not normal to have to watch someone you used to have feelings for, actively attempt to develop feelings for someone else.

To watch them flirt… you see them pull the same cutesy faces or drop the same lines that were once used on you.

To see them put on a shirt they’ve worn on a date with you or tell the same stories you’ve heard yourself over a shared bowl of pasta.

It’s not normal to see your ex go on these super romantic, over the top fantasy dates. To be having picnics in fields of wildflowers or be swooped up in a fucking helicopter and flown to a deserted island when he didn’t even shout you Nandos.

To watch someone you once imagined yourself with make out with someone else for way too long. Their tongues and saliva mingling in HD, their ever-present microphone necklaces ensuring you don’t only get to SEE the spectacle but you also get to HEAR it. Lovely.

I take comfort in the fact that here, in Australia, we don’t allow sex scenes to make it to our primetime shows, but the old night-vision footage of dancing dooners and sleepy Walk-Of-Shames are almost worse.

Because they let your imagination fill in the blanks and let me tell you - my head is a fucking dark and twisted place.

They probably only spooned, but in my head they were re-creating the boat scene out of 365. (Ladies, if you don’t know what I’m referring to, do yourself a favour and watch it on Netflix. Alone. Preferably on your laptop in the bath.)

In saying all that… it’s also hard to watch people who have hurt you, hurt others. That was something I wasn’t prepared for.

To see other smart, beautiful, caring women being messed around by the same person who hurt you, to see the same excuses being used… the same feeling of rejection and embarrassment… the internal monologue that’s wondering “Why am I not enough?” - that’s probably the worst part of all.

At the end of the day, your ex (or person-you-used-to-sleep-with-quite-regularly-for-an-extended-period-of-time) is your ex for a reason.

And remember that you are more than enough.

You can listen to Tully Smyth's brand new podcast, Too Much Tully, right here.