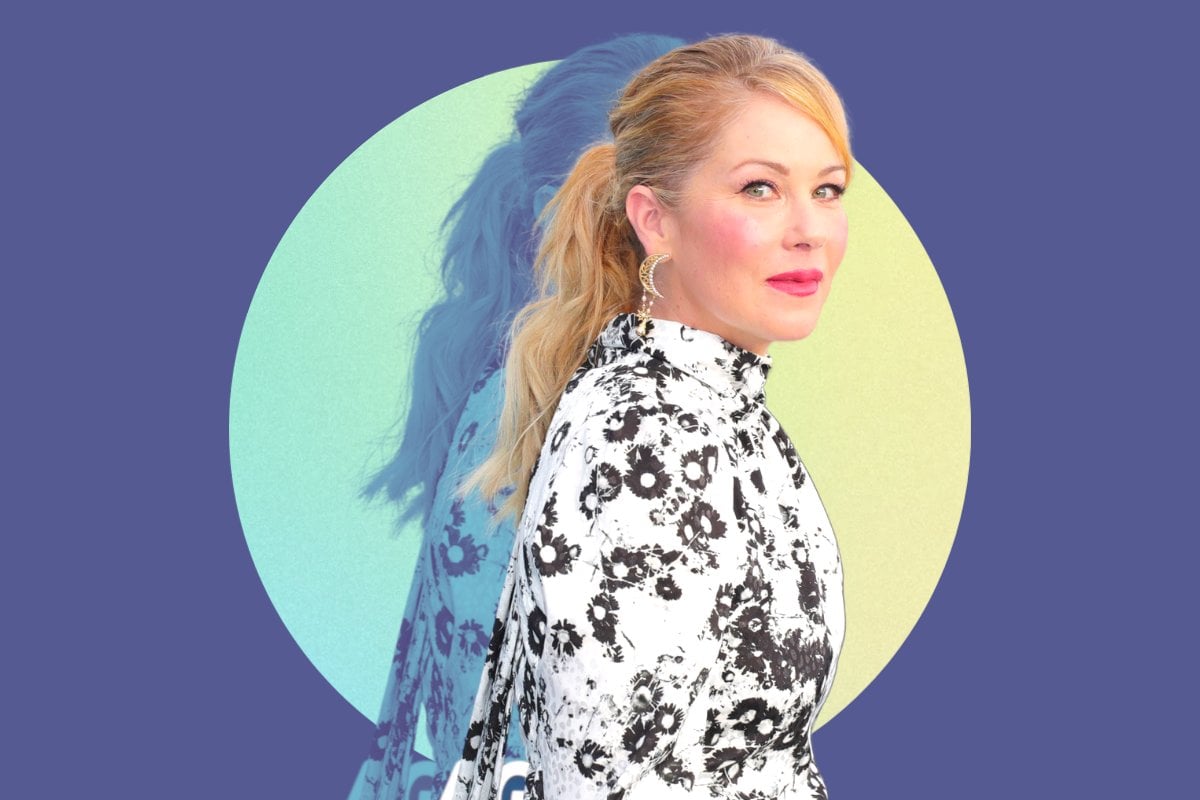 Christina Applegate spent her 50th birthday with her head on her pillow.

"Sending so much love to all of you this day," Applegate continued, referencing the fact it was also Thanksgiving in the United States. "Many are hurting today, and I am thinking of you. May we find that strength to lift our heads up. Mine currently is on my pillow. But I try."

Yup. I turned 50 today. And I have MS. It’s been a hard one. Sending so much love to all of you this day. Many are hurting today, and I am thinking of you. May we find that strength to lift our heads up. Mine currently is on my pillow. But I try

The actor has been on a "strange journey" since being diagnosed with multiple sclerosis a few months ago and she has intermittently shared details of the illness with her followers.

She shared her diagnosis on Twitter on August 10, writing: "Hi friends. A few months ago I was diagnosed with MS.

"It's been a strange journey. But I have been so supported by people that I know who also have this condition. It's been a tough road. But as we all know, the road keeps going. Unless some a**hole blocks it."

She continued: "As one of my friends that has MS said, 'We wake up and take the indicated action'. And that's what I do.

"So now I ask for privacy. As I go through this thing. Thank you."

Hi friends. A few months ago I was diagnosed with MS. It’s been a strange journey. But I have been so supported by people that I know who also have this condition. It’s been a tough road. But as we all know, the road keeps going. Unless some asshole blocks it.

As one of my friends that has MS said “ we wake up and take the indicated action”. And that’s what I do. So now I ask for privacy. As I go through this thing. Thank you xo

Multiple sclerosis (MS) is a disease that affects the central nervous system and consequently most functions of the mind and body. Symptoms and severity can vary from person-to-person, and may include vision loss, pain, fatigue and impaired coordination.

There is no known cure.

In late October, Applegate directed fans to watch Selma Blair's Introducing, Selma Blair, a documentary about her own journey with the disease.

"Being technically disabled is what it is. I didn’t know what MS was before I had it. My life is changed forever," Applegate wrote.

"But my girl Selma Blair documented the first year. Which is hard. Please watch her documentary. Introducing Selma Blair. An intimate look inside a person with MS."

In response to fans, she said she cries "so much and eat burritos".

"I'm not a strong woman. I'm a person with MS. I'm sad about it all the time. But I hope one day I will be a fighter," she wrote to another.

I’m not a strong woman. I’m a person with MS. I’m sad about it all the time. But I hope one day I will be a fighter

Applegate was previously diagnosed with breast cancer in 2008 and had a double mastectomy. She has been cancer-free ever since.

"Girls who go through this, we say to each other, 'Yep, it's been 10 years,' but you're never not aware that that's something you've been through. Everything looks different. You have to shower and you're like, 'Oh, there they are. That happened.'"

As the daughter of a breast cancer survivor, Applegate was vigilant about getting regular mammograms, as she explained in an interview with Oprah Winfrey in 2008.

"I'm a Sagittarius," she said. "We need things done now. So, for me, I had to get in now, and I wanted to have my surgery now." 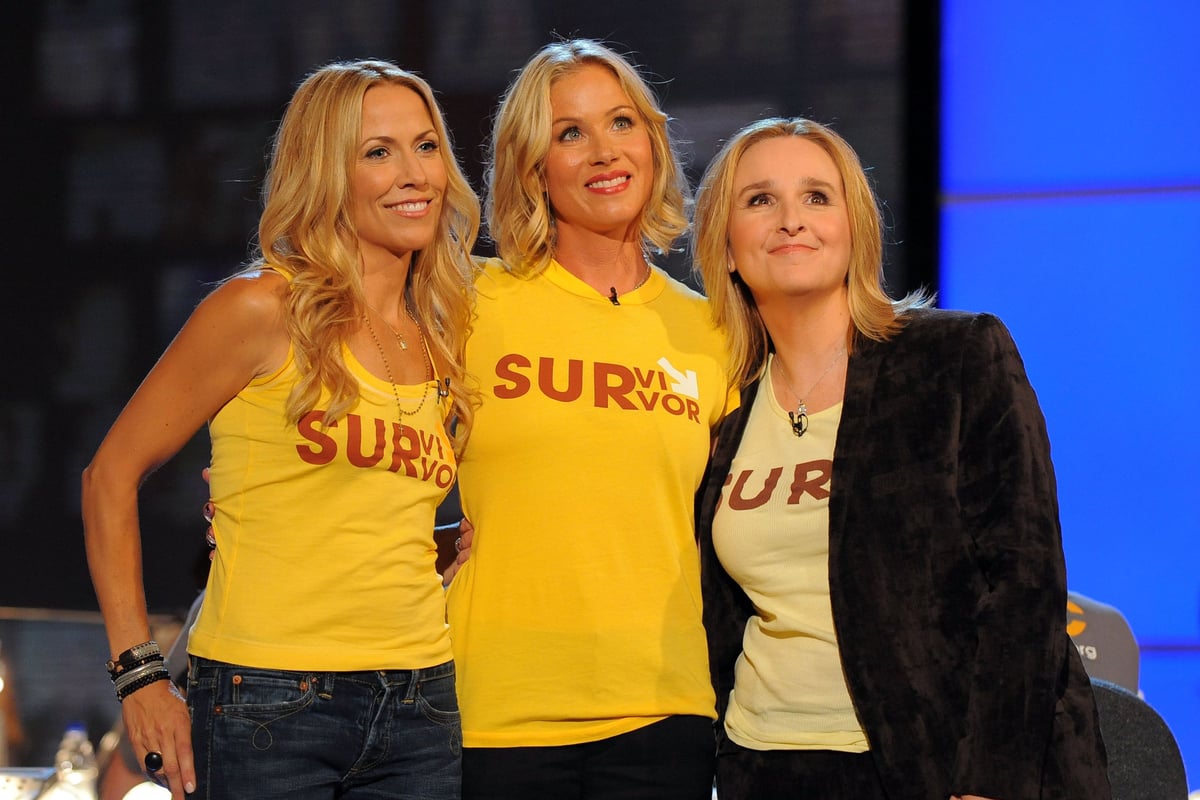 Sheryl Crow, Applegate and Melissa Etheridge at a Stand Up To Cancer event in 2008. Image: Getty.

Within a week, Applegate had her first lumpectomy, and was told she needed six weeks radiotherapy instead of chemotherapy. She also tested positive for the breast cancer gene, which meant the chances of the cancer coming back were potentially higher.

"That sort of changed everything for me," she told Oprah. "Radiation was something temporary, and it wasn't addressing the issue of this coming back or the chance of it coming back in my left breast. I sort of had to kind of weigh all my options at that point."

She opted for a double mastectomy, explaining she just wanted "to be done with this".

Afterwards, she spoke of the emotional and physical toll, saying she "cried a least once a day".

"It's hard to overlook it when you're standing there in the mirror. When you look down, it's the first thing you see... So you're reminded constantly of this thing – this cancer thing that you had," she explained to Oprah.

Applegate has a 10-year-old daughter named Sadie with her husband Martyn LeNoble, who she met just months after her surgery. 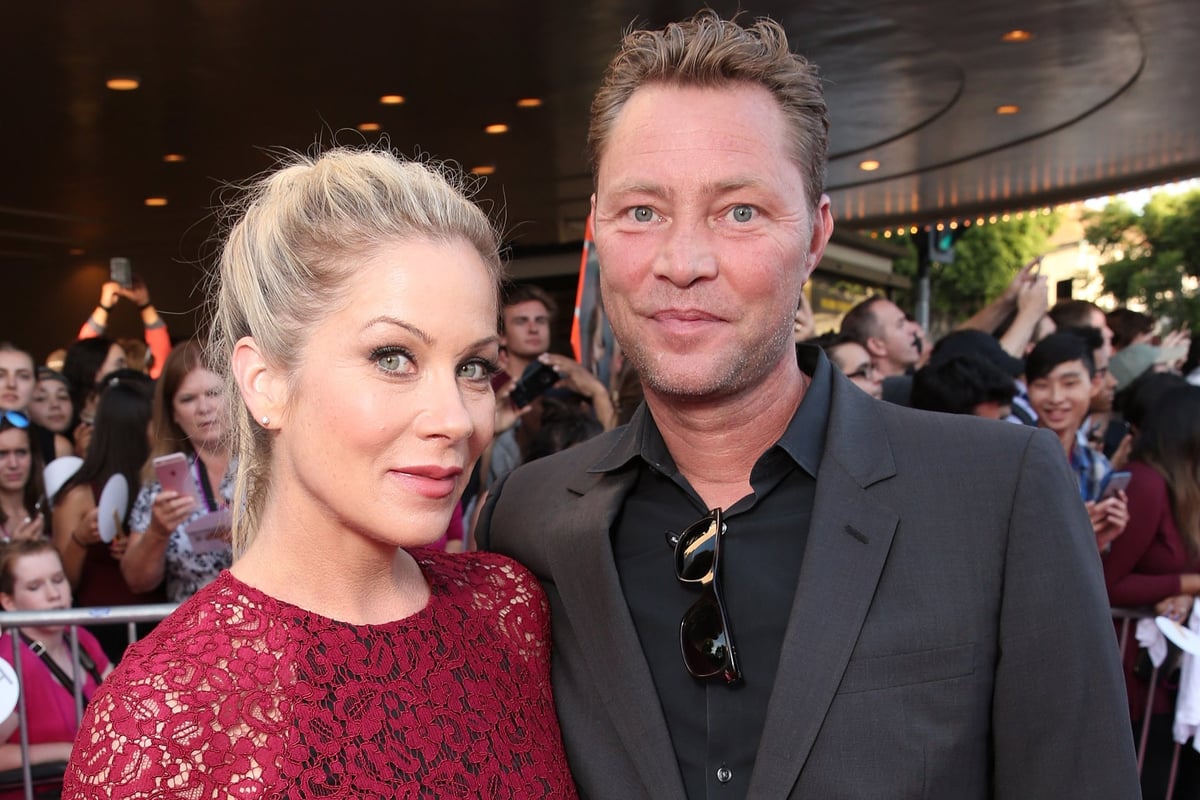 In 2017, she said she was concerned about passing the BRCA gene onto Sadie.

"The chances that my daughter is BRCA positive are very high," she told Today.

"I look at her and feed her the cleanest foods. I try to keep her stress levels down. I'm doing everything I can on my end knowing that in 20 years, she'll have to start getting tested.

"Hopefully by then there will be advancements. It breaks my heart to think that's a possibility."

When Applegate took on the role of Jen in Netflix series Dead To Me, she saw an opportunity to raise awareness and make women feel seen.

In episode four of season one, Jen, a resentful widow who unknowingly befriends her husband's killer Judy, shared that she had her breasts removed as a precaution after her mother died of breast cancer. 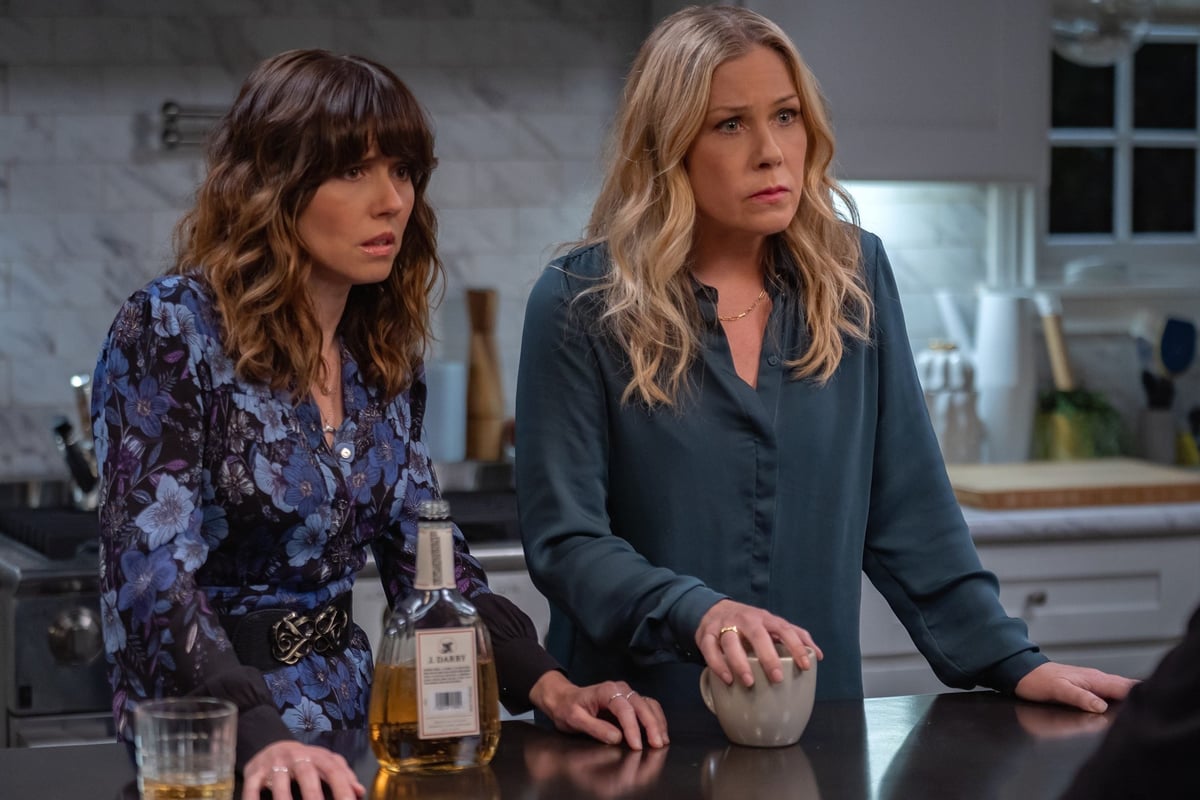 Applegate had the detail written into the show to shed light on what she sees as an under-represented trauma so many women go through.

"It hasn't really been discussed on shows before; I don't think there's a lot of characters out there with double mastectomies," the actress told USA Today.

"But I went through it, and it's a horribly painful process – emotionally, spiritually, physically – and I never really talked about it. I thought this was my chance to tell a little bit about me, but also all the women that have gone through that."

In 2017, Applegate shared that after surviving breast cancer, she also had her ovaries and fallopian tubes removed.

"Two weeks ago, I had my ovaries and [fallopian] tubes removed," she told Today at the time. "My cousin passed away from ovarian cancer in 2008. I could prevent that."

After Applegate tweeted her MS health update, she was inundated with messages of support from fans and friends.

Among them, her The Sweetest Thing co-star Blair. Blair was diagnosed with MS in 2018 and has spent years documenting her journey online.

"Loving you always," Blair replied to her friend's tweet. "Always here. As are our kids. Beating us up with love."

Loving you always. Always here. As are our kids. Beating us up with love

The National Multiple Sclerosis Society thanked the actress for talking about her diagnosis.

"Thank you, Christina, for your courage in opening up about living with MS," the organisation tweeted read. "We all appreciate the awareness that you are bringing to the disease. Please know that we at the MS Society are here to help in whatever way that we can."

This article was originally published on August 11, 2021 and has been updated.