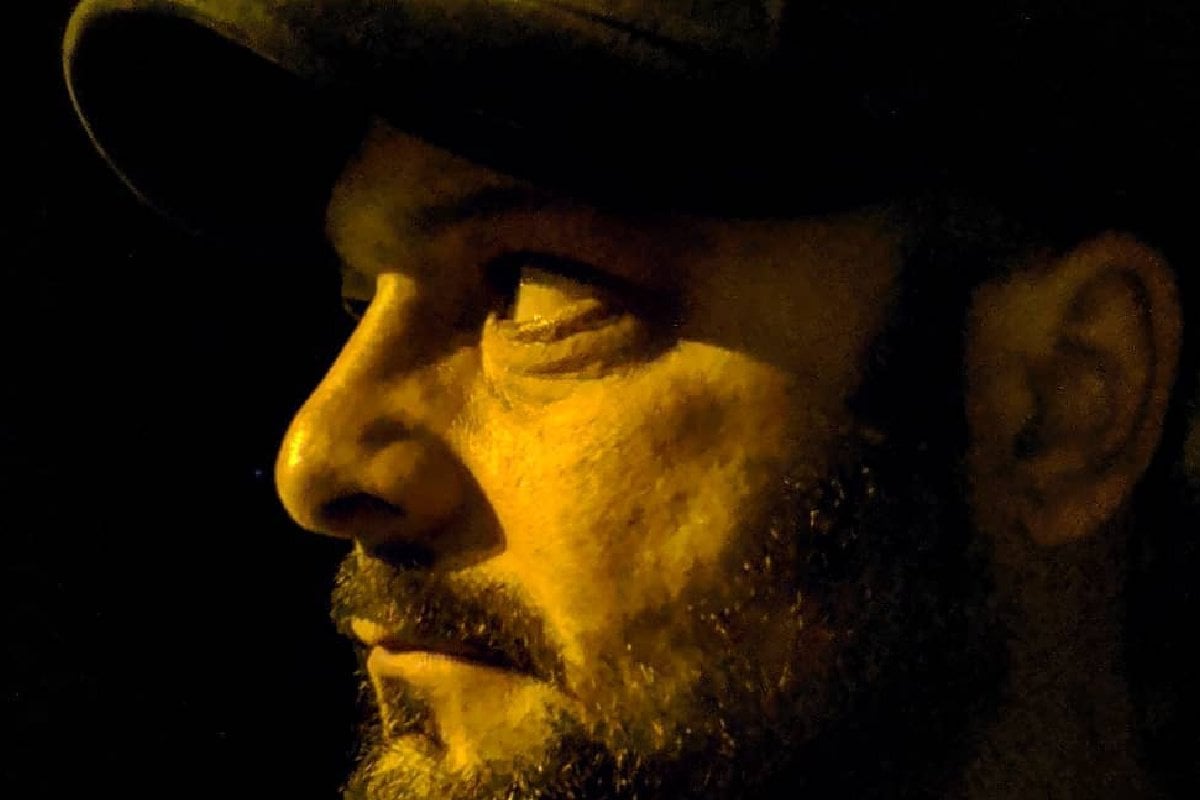 In 1987, at the age of 14, Christian Picciolini was recruited into the neo-Nazi movement in America where he would remain for the next eight years.

The son of Italian immigrants - who were the victims of prejudice themselves when they came to the United States in the 1960s - it wasn't racism that initially drew him in.

As Picciolini told Mamamia's news podcast The Quicky, "The ideology isn't the first draw, although it remains the glue once you're there. Instead, it's a search for identity, community and purpose and what I call a combination of life's potholes that we encounter. Things like trauma, abuse, loss, grief, poverty. Even privilege can be a pothole if it keeps us too separate from humanity."

Listen: To Christian Picciolini on The Quicky. Post continues after podcast.

In Picciolini's case, he grew up feeling abandoned by his parents who were always out late working three jobs to keep the family afloat, and had been bullied for years at school.

The former neo-Nazi still remembers the conversation that started it all.

He was standing in a back alley smoking a joint when a man with a shaved head sidled up, removed the joint from his mouth and said, "That's what the communists and the Jews want you to do, to keep you docile."

The man in the alley was Clark Martell, and the group Picciolini subsequently found himself recruited into was America's first neo-Nazi skinhead group: the Chicago Area SkinHeads - also known as Cash.

"They were the more violent street thug part of the white supremacist movement," Picciolini told The Quicky.

WATCH: Picciolini explains what he believed in his own words. Post continues after video.

He would go from being a member of the group, to being a leader within it by the age of 16 - with his days spent engaging in street fights to terrorise people, making and selling racist music via his band 'Final Solution' and flying the white pride flag in a show of strength.

"I have to be honest and say I had doubts every day that I was involved, but that's not to say I ever voiced them. What pulled me out aside from having those doubts was along that journey of eight years, meeting people who I thought I hated," he told The Quicky.

"While they didn't have the responsibility to be nice to me or show me compassion, or have empathy for me, some choose to do that. And it was those meaningful interactions that really forced me to see them in the reality of who they were verses what was in my mind. Again I say that, but it wasn't their responsibility to do that. They didn't have to be nice to the bad guy but I am so glad they did, because it really saved my life at a time when I was struggling with uncertainty," Picciolini explained.

The rise of white supremacy in Australia.

In a rare public address from inside ASIO's heavily fortified Canberra headquarters in early 2020, Burgess said: "In Australia, the extreme right-wing threat is real and it is growing. In suburbs around Australia, small cells regularly meet to salute Nazi flags, inspect weapons, train in combat and share their hateful ideology."

In September, ASIO revealed during a parliamentary hearing that far-right violent extremist groups made up 40 per cent of its counterterrorism workload, up from 10 per cent a few years ago.

Under Trump's America we watched far-right group Proud Boys gain momentum from their president's words, which culminated in a storming of Capitol Hill on January 6. A number of Proud Boy members were among those arrested.

Proud Boys, who identify as misogynists, believe men and Western culture are under siege from feminism. According to The Daily Beast, though the group officially rejects white supremacy, "members have nonetheless appeared at multiple racist events".

On January 26 here in Australia, a lone man draped in an Australian flag and sporting a Proud Boys logo interrupted an Invasion Day march in Melbourne.

The Proud Boys Australia site has 815 members who post things like support for Margaret Court's recent honour, "West is best" and criticisms of Black Lives Matter being nominated for a Nobel Peace Prize.

On the January 26 weekend, another far-right group gathered in Victoria's Grampians National Park.

30-40 men with Nazi tattoos and paraphernalia gathered in the town of Halls Gap where they chanted "white power" and practiced Nazi salutes.

As The Age reported, they told locals they were the Ku Klux Klan.

For the last two decades former neo-Nazi Picciolini has been helping other people disengage with hate groups, and most of the time he's found that - like him - the ideology was not the initial drawcard.

As he explains to The Quicky, it's an important point to make if we're to understand how to get through to these individuals.

"What I do with the people that I work with is that I do a lot of listening for those potholes. I don't engage with them in a political way, I don't debate them, I don't even tell them that they're wrong - although I certainly know that they are. I listen for those potholes and I try to repair them by recommending them to service providers. Sometimes that's therapists, life coaches, job trainers, tattoo removal artists, and things like that, that help repair those potholes and create a firm foundation under them, so they can find their way to a more positive sense of identity, community and purpose."

He also says it's pointless trying to debate with them.

"It's important to understand that you can't win an illogical argument using logic," he said. "You must replace the toxic sense of where they were with something more positive. And it really takes a safe space to be able to do that."

That being said, Picciolini is also very passionate about the fact that "redemption without accountability is just privilege."

"We must hold people accountable for that redemption to be genuine," he said.