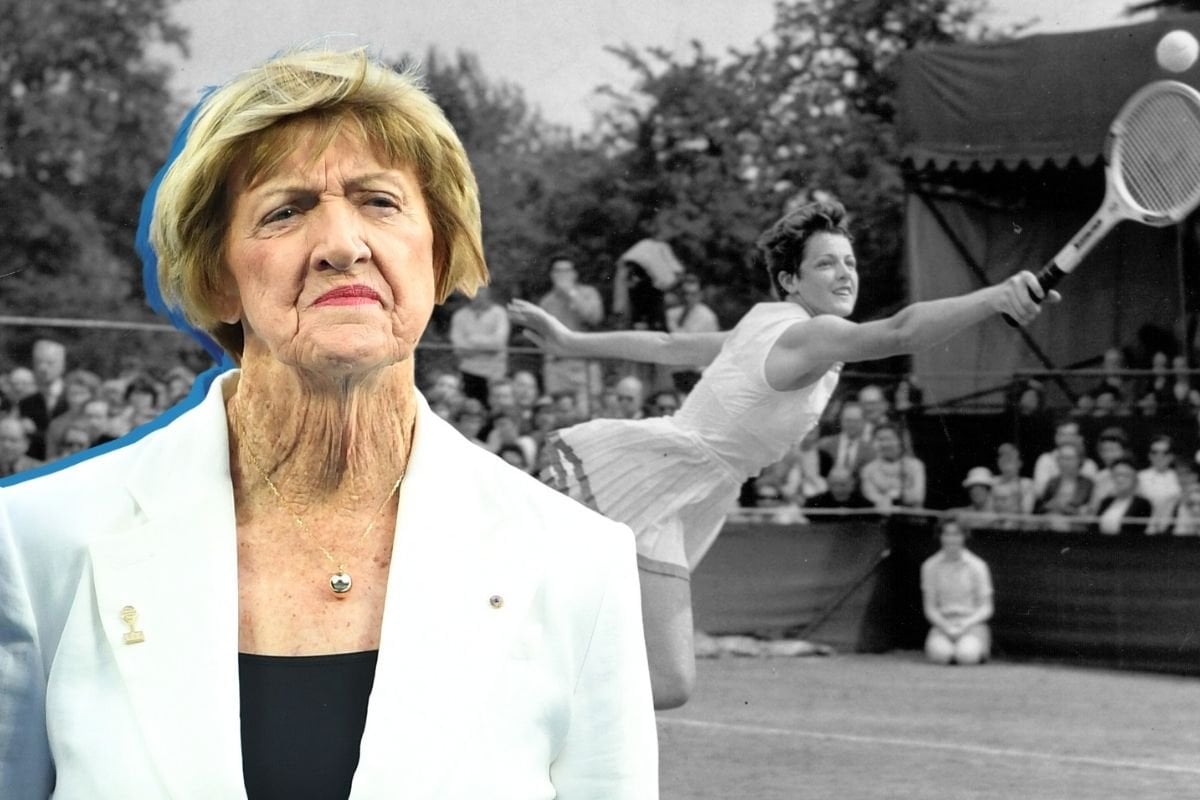 Two Australians have now handed back their Order of Australia Medal in protest against controversial tennis great Margaret Court also receiving the honour in 2021.

Dr Clara Tuck Meng Soo, who was recognised in 2016 for her work as a medical practitioner with LGBTIQ+ and HIV positive communities, and TV veteran Kerry O'Brien who was awarded this year, have called the decision to award Court "deeply insensitive" and "very distressing."

While Court might have received the Order of Australia for her tennis accomplishments - as the winner of a record 24 Grand Slam singles titles and a mentor for young athletes, the outrage at her receiving the honour has nothing to do with tennis. It's in reference to her outspoken and derogatory comments about the LGBTIQ+ community.

WATCH: Margaret Court says her views are based on the Bible. Post continues after video.

Tennis might be the reason the 78-year-old is famous, but she then decided to use her platform to espouse homophobic and transphobic views.

We didn't make tennis political, she did. And she did so over and over again when she chose to have her opinions broadcast across our TVs, radios and in our newspapers.

In 2011, during the marriage equality debate, Court publicly said: "To dismantle this sole definition of marriage and try to legitimise what God calls abominable sexual practices that include sodomy, reveals our ignorance as to the ills that come when society is forced to accept law that violates their very own God-given nature of what is right and what is wrong."

In 2013, Court penned an open letter decrying the birth of Australian tennis player Casey Dellacqua's child in a same-sex relationship, lamenting: "It is with sadness that I see this baby has seemingly been deprived of his father."

In 2017, she urged Australians to boycott Qantas over their corporate support of same-sex marriage, forcing even the tennis court named after her to distance themselves.

She then voiced her opinions further, telling Vision Christian Radio that homosexuality was an "ungodly lust for the flesh" and that LGBT tendencies in young people were "all the devil".

She went as far as to liken the 'influencing of young minds' to mind control "like Hitler did."

In 2019, Court told worshippers at the Pentecostal church in Perth where she is a minister, "When children are making the decision at seven or eight years of age to change their sex ... no, just read the first two chapters of Genesis, that's all I say. Male and female. You know what, God's made us that way."

The comments roll on and on and on, and have done for many years now.

Speaking to the ABC over the weekend after the 2021 honours list was leaked to the media, Court said she was entitled to freedom of speech. 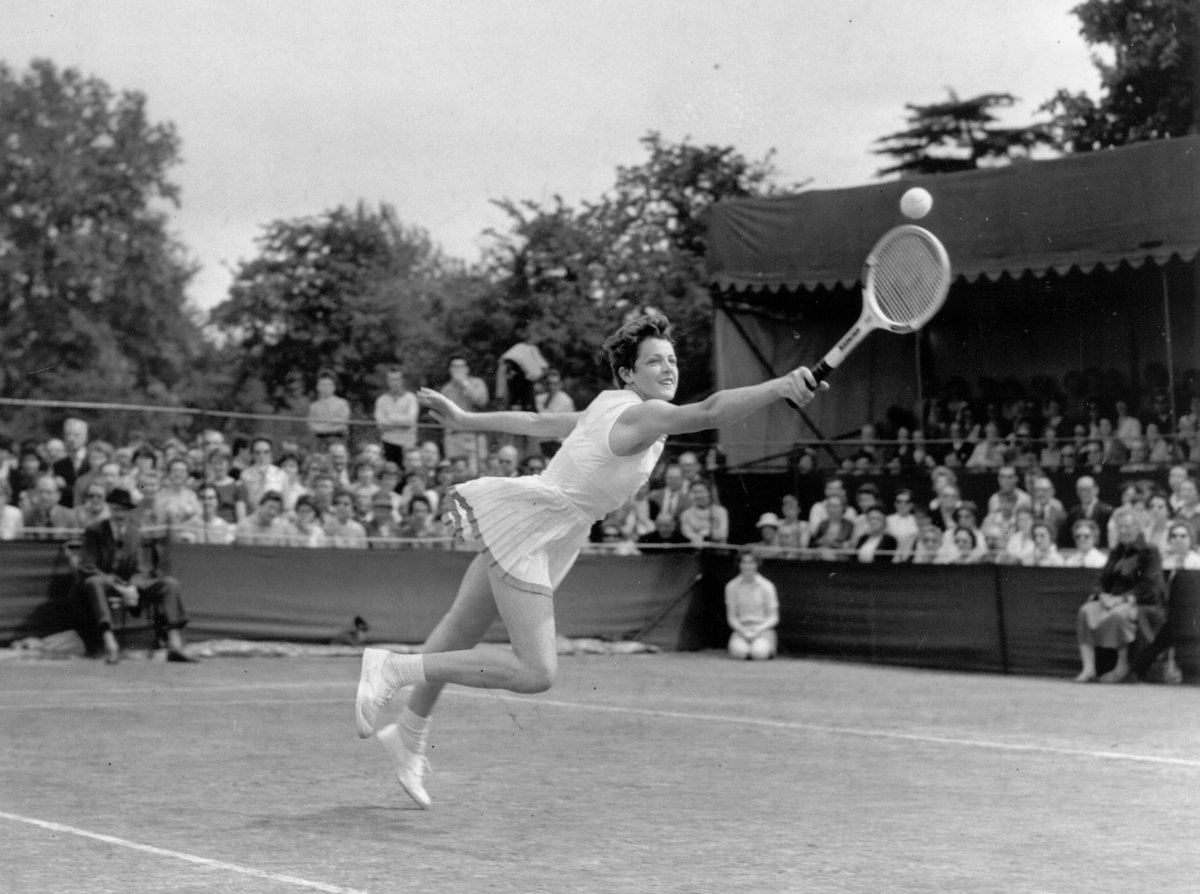 Yes Court is entitled to freedom of speech in Australia, but the right is not absolute.

All human beings are equal and should be treated with equal dignity and respect, and hate speech is not a reflection of what Australia stands for when it comes 'freedom of speech.'

There is plenty of discourse around in the wake of Court's controversial inclusion in the 2021 honours list that, 'everyone has views that others find offensive.'

Former Order of Australia winner, radio broadcaster Neil Mitchell wrote for 9NEWS, "I don't agree with much of what many people on the honours list say or believe. But I am not going to bother looking through the list and highlighting people who don't deserve to be highlighted at such a controversial moment."

He argues that Court, like everybody on that list, is being recognised for their contribution to Australia, not their "wacky views."

But Court's offensive views have become synonymous with her contribution to tennis. She is arguably more famous, and makes more headlines in today's day and age for her bigotry, than her abilities on the court. And by giving her an Order of Australia we are telling her that we, as Australians, are prepared to look the other way when it comes to her offensive views. 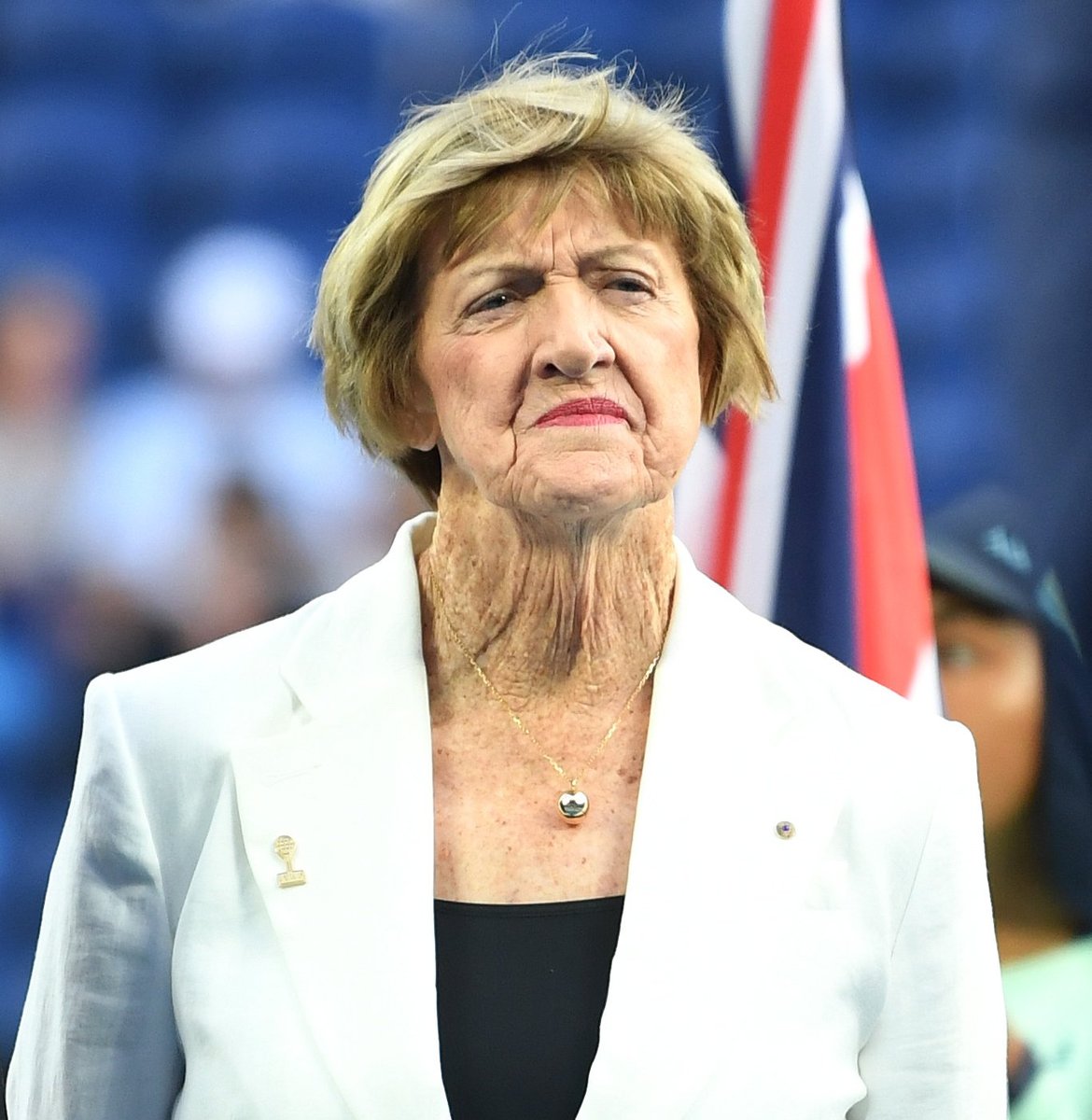 In the decades since her tennis career, Court has made a name for herself as a consistent critic of LGBTIQ+ rights. Image: Getty.

While there are others on this year's list that most certainly have views that "others might find offensive", they haven't made a name for themselves inserting those views into the public discourse.

There's a lot at a stake by publically celebrating a woman, and a public figure, who the LGBTIQ+ community has come to know as one of their loudest haters. As someone who thinks their very existence is "wrong."

According to the National LGBTI Health Alliance, in 2020 there were still a disproportionate number of lesbian, gay, transgender and intersex Australians experiencing poor mental health outcomes, and a higher risk of suicidal behaviours. These health outcomes are directly linked to experiences of stigma, prejudice, discrimination and abuse on the basis of being LGBTI.

According to those outcomes, LGBTI young people under the age of 27 are five times more likely to attempt suicide in their lifetime. And yet on Tuesday morning they woke up to see a known bigot receive this country's highest honour.

What does that teach them? That the bullies can get away with it, as long as they are successful in their chosen career?

Writing for the Sydney Morning Herald, Dr Tuck Meng Soo wrote of her decision to hand back her own Medal of the Order of Australia, "By opposing her elevation, I am not denying her right to freedom of speech. I am only concerned that she has used her position as a public figure to disseminate her harmful comments."

I don't want to give this person's disgraceful, bigoted views any oxygen.

But when others insist on rewarding them with this country's highest honour – I think it's worth saying again:

Grand Slam wins don't give you some right to spew hatred and create division.

Margaret Court made her tennis about bigotry every time she chose to publically spew hatred about another group of Australians, while being invited to share her thoughts as a 'former grand slam tennis champion.'

It wasn't a one-time comment. It was repeated, offensive, dangerous and inappropriate commentary delivered to large audiences over many years under the guise of 'free speech'.

The Australian honours list is supposed to be about recognising and rewarding the good work of those that call this country home. The least our government could do is not honour someone who doesn't even see all Australians as equal.

P
pippa a year ago

Reply
Upvote
5 upvotes
It seems to me that Margaret Court has been the subject of far more hate speech than any of the people who’ve taken offence at what she said. I don’t agree with her views but, in the great scheme of things, with what’s going on worldwide, I really don’t understand why people keep harping on about it.
She made her insensitive remarks a couple of years ago.  She’s only spoken about it since, when questioned. Her critics however, continue to drag it up every time her name is mentioned. Whether we like it not, the fact remains that she’s the greatest tennis player ever, male and female. The records prove this.
The stunt pulled by John McEnroe and Martina Navratilova at the Australian open last year was a disgrace. Can you not step back a bit, and see that for what it was? It was overt bullying by two guests in our country and Tennis Australia should never have allowed it to happen.
G
guest2 a year ago

Reply
Upvote
3 upvotes
@pippa I don't agree with Margaret Court's views, but Daniel Andrews referring to Margaret Court as 'that woman' was disgusting.
L
laura__palmer a year ago

Reply
Upvote
5 upvotes
@pippa She doubles down on her remarks every chance she gets. Her bullying of LGBTIQ people is unacceptable and it overshadows anything she's done in the sporting area. She doesn't get a pass because of "what's going on worldwide". She is part of the problem and people keep "harping on about it" because her attitude (and those who agree with her) have no place in a diverse society where LGBTIQ people just want to get on with their lives without comments like that. There is nothing wrong with being LGBTIQ and it's none of her business what others do in their private lives and the sooner people like Margaret Court understand that, the better. If that means making it unacceptable for her to win awards like this, then so be it. I am so sick of this disgusting behaviour being given a pass at the expense of vulnerable members of our community.
M
michael a year ago

Reply
Upvote
1 upvotes
@laura__palmer Whatever happened to being tolerant? Being tolerant means tolerating everyone's views including Margaret
A
anonymous a year ago

Reply
Upvote
2 upvotes
@pippa Spoken like someone with little education or compassion on the topic.
Court’s views have no place in this progressive country. It is always the religious who segregate and hate. Such hypocrites!
Court played tennis well but her persona as a star is ruined forever. We should no longer hold her, as a hater, in high esteem. Ask any young child and they wouldn’t understand why Court is ‘being mean’ to others. They are the future of Australia. Court’s kind with her ‘white Australia-like’ views are on their way out. Their Conservative politics will go with them.
A
anonymous a year ago

Reply
Upvote
4 upvotes
So, if a footballer beats his wife one drunken evening, we should still award him a Brownlow ‘for his footy’??
Court’s tennis was only an achievement because tennis fans gave her that status. Without fans, she was just playing games of tennis. Without fans at the ground, footy players are just kicking a ball around.
Professional sport is about role-modelling and about the fans and what the fans think about the sportsperson. Court may have played great tennis then but now, due to her bigotry, is no tennis champion. She lost all she achieved.
G
guest2 a year ago

Reply
Upvote
2 upvotes
@anonymous Can't you see the difference between an elderly woman expressing unpopular opinions(which were and may still be, held by some Australians) and a drunken footballer bashing up another person?    She has not lost her status as Australia's greatest female tennis player, despite her views and from what I have read about this subject, intolerance and bigotry is certainly not confined to Margaret Court's opinions.
A
anonymous a year ago