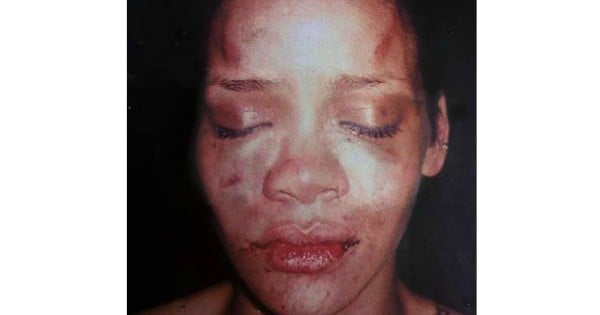 For some unknown reason (for ‘unknown reason’, read money and sympathy), singer Chris Brown is making a documentary about his life. In a trailer for the documentary, ‘Welcome To My Life’ he says he considered suicide after attacking then girlfriend Rihanna in the pre-Grammy incident that shocked the world in 2009.

“I felt like a fu**ing monster,” he says. “I was thinking about suicide and everything else. I wasn’t sleeping, I wasn’t eating. I just was getting high.”

There are some things that you respect with silence. Forcing Rihanna to relive this nightmare is grossly selfish and narcissistic. Saying you contemplated suicide is not a fast-track to receiving our sympathy. There is a difference between feeling suicidal and being wracked with guilt and self-loathing.

I remember walking into the office of the magazine I worked at and looking at the image of her broken face, eyelids closed and bruised, on a colleague’s computer screen. My blood ran cold imagining the terror she must have felt in those petrifying minutes when he was attacking her.

The pair got into an argument after leaving a party. He punched her, bit her and choked her, leaving her with visible facial injuries which required hospital treatment. This was a horrifying, sickening ordeal and the heartbreaking image of Rihanna’s face transported important conversations about domestic violence away from dusty political debate into the language a younger generation speak; pop culture.

There have been claims that Chris Brown was made a scapegoat for domestic violence but if we look at his behaviour after the assault it’s hard to give them credence.

In 2012 he was involved in a brawl in a NYC nightclub and the following year a serious altercation over a parking space in West Hollywood. In 2013 he was arrested for felony assault in Washington DC; police reports detail that he broke the victim’s nose. He was forced into rehab, kicked out for breaking the rules and sent to jail. His rap sheet goes on. If Anger Management was a record label he would be the first in line to be signed up.

This is not a man who startled himself by behaving intensely out of character and then diligently focused all his efforts on reforming himself.

In the trailer for his documentary he says, “I went from being on top of the world, number one songs, being kind of like America’s sweetheart, to being public enemy number one.” Yes, that’s right; that is exactly what happens when you lay your hands on the beautiful woman you supposedly love. His words are drenched in ego.

At 1:41pm on 30 March 2016, Chris tweeted in response to 20-year-old Grammy nominee Kehlani Parrish’s alleged suicide attempt. Let’s look at how this ‘reformed’ young man reveals his deep understanding about mental health and compassion for personal struggles which push people to the edge.

Domestic violence is never excusable. We need to show young people where the line is. Post continues after video...

Video via The Line

He tweets, “There is no attempting suicide. Stop flexing for the gram. Doing sh*t for sympathy…” Rightly, he came under furious fire on Twitter for his idiotic response.

Perhaps we shouldn’t be surprised that the music industry has continually supported this man; after all how appallingly was Kesha treated in her recent court battle? We stood up for Kesha then and now it’s time, once again, to stand against Brown.


If you or a loved one is struggling with domestic violence, Mamamia urges you to contact 1800 RESPECT or visit this website.

What Chris Brown did was despicable. No doubt about it. However, when is he ever going to be forgiven for this? The pitchfork mob seem to want to go after him for the rest of his life. If this is the case, why didn't we just give him life in prison if we truly believe that he is beyond help? Do we believe that people are worthy of second chances or not?

If you were the victim of DV... would you be ok if the world decided your abuser was a good person? Forgave him? What about if he profited off your story/abuse?

You just answered my question really. I hope you never commit a criminal act. No forgiveness for you.

He has been involved in other aggressive incidents since then so he really hasn't learn has lesson. It wasn't a one off incident.

They don't have to decide he's a good person, but they can acknowledge that he did something terrible and then move on.
The story claims he is not the victim, from what's here I can't see he ever said he was a victim.

Please, you were able to make Mamamia a Gabbi Grekko free zone, can you ghost this awful man too?

No more CB articles thanks.

But if we ignore him and what he did, what does that say to DV victims? That we're not taking it seriously?

It simply says you're not giving him more publicity. I believe Mamamia treats the issue of domestic violence seriously. Not giving Chirs Brown space here doesn't impact that.