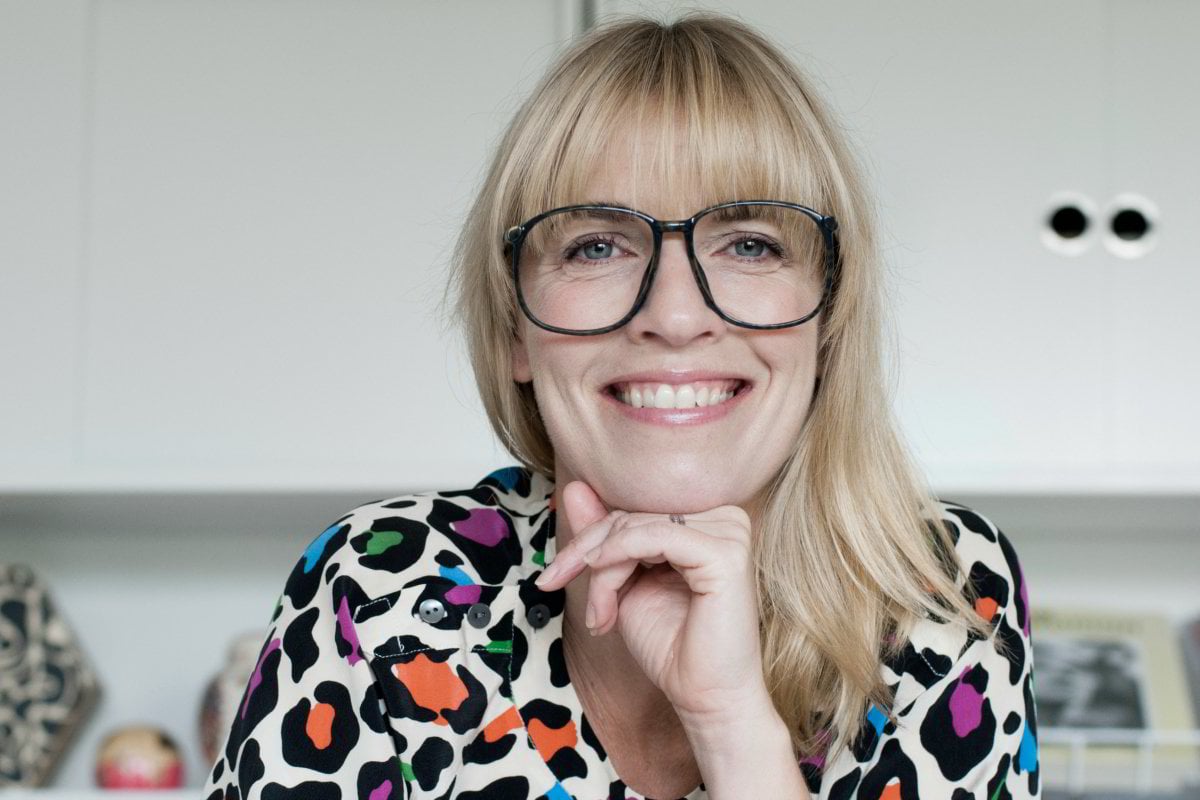 I was married and I lived in a lovely home, but I also felt restless and unfulfilled. I’d spent years building a career in HR that I wasn’t sure I really wanted any more.

Questions about childbirth (answered by mums and non-mums). Post continues below.

“What you need is a baby,” sniffed a family friend. This was the first comment in what was soon to be an ever-growing cacophony.

I’d never have to worry about what to do with myself ever again, I was told, because I could focus all my energy on a new little person instead.

People reasoned that it might actually be selfish not to have at least one child, because my husband and I had the means to care for it, and besides I’d make such a lovely Mum (when plants are known to wither and die in my presence).

Casual acquaintances I’d meet in the gym would explain just how much I’d regret not having a mini-me around when I was old and I needed my bottom wiping. People I’d only just met would ask me what on Earth I did all day, as though children are the only possible time-fillers for women over 30.

Reader, I responded by getting divorced, turning 40 and ditching a dull-but-stable career for the financially insecure world of freelance writing.

Though I still get the occasional kid-related comment, most of them crumbled to dust in the face of that fearsome triumvirate: advanced age, broken marital status and unstable career. Plus, I’d finally solved that niggling issue of not knowing what to do with myself.

This could really be shaping up to be the "...and they all lived happily ever after" kind of ending we all love so much, right?

Well... it might have been, except I’ve found that lots of people don’t quite know what to do with women of my age who don’t come with human cargo.

It’s not all their fault, I suppose. When people ask if you have any children, a “no” never explains the whole story. Instead, it’s the beginning of a whole new one.

Or is it actually none of the above?

Now you could say that the subject of children is a sensitive and potentially charged issue for many women, and therefore not really anyone else’s business.

And although you’d be absolutely right, that isn’t a very practical thing to say, because people do ask if you have kids all the time. The problem is that after you’ve reached a certain age, most of those people tend to expect an automatic “yes”.

Instead you throw the “no” curveball, and the nice person you’re talking to will look quickly down at the floor, out of the window or into their drink, not quite knowing what to say next. Because you’re a nice person (most of the time, anyway), you will try to make them feel better by hastily justifying your barren state.

This will usually lead on to something along the lines of: “I do like children — honest! I’ve got loads of nieces/nephews/godchildren!” (delete as applicable). Just in case — perish the thought — anyone got the impression that there might be something a bit wrong with you. Something a bit unnatural.

The words that have evolved to describe female barren-ness don’t exactly help matters. “Childless” and “childfree” are supposed to determine whether you actually wanted to have a child and failed, or you made a choice not to have any.

Be honest: what sort of person do you immediately picture when you hear the words “childless” and “childfree”?

The first is probably a lonely woman crying in a bobbly cardigan; the second a hedonist who drinks too much wine and spends lots of money on shoes. Both of them probably have at least one cat. One of them is cursed by her inability to have children; the other hates them instead, so both are probably best avoided in polite company.

Just as men will typically bond over conversations about sports and gadgets, mothers will typically bond over school-run traffic, messy breakfasts and prom preparation. There are dedicated business networking groups for women with children, all of them acknowledging how hard it is to be a working mum (never mind the fact that on some days it’s hard to be a working whatever).

Could a business networking group specifically for non-mothers, with meetings deliberately held during the school run, even be allowed to exist? I doubt it.

But then I don’t feel the need to join one. I don’t want to spend all my time talking to people with whom I have just one biological factor in common. I want to talk to and learn from people of all ages, backgrounds, music preferences, political persuasions and parental situations.

Childfree or childless, if you’re a middle-aged woman who isn’t a mother, you’re living a life that isn’t for the faint-hearted. Your individual way of being will be hard for others to instantly define.

You will have to endure alienation from your closest friends as they have their children and start drifting away. People will look pityingly at you at parties and say stupid things like, “don’t worry dear, there’s still time!”, or “it must be great to have no responsibilities/so much time on your hands!” (those are popular myths, I promise you).

You will be judged, and you will be defined by your biological status, just as mothers are by theirs.

It’s just that yours is a little bit more... complicated.

And cheers to that.

You can read more from Nina Jervis on her website or purchase her book I’d Rather Get a Cat and Save the Planet — Conversations With Child-Free Women here.

Reply
Upvote
I’m at a point in my life where I would rather social isolation than to see my friends when their children are present. The disrespectful behaviour and how it continues after having a “talking to” (soft calm talking to at their level as to not make them cry) drives me mad. So, I choose going to work and doing my errands over seeing friends when their kids are present.
K
kiwicat a year ago

Reply
Upvote
YES!! I have experienced this for years, although most who know me know there are elements of choice and elements with no choice. I have 3 beautiful stepsons, and people assume I am their mum, and I often just let that through to the keeper because I can't be bothered. Friends who become parents that drift away... that's a big one for me. I have been a stepparent for 28 years, and was a baby nurse before that, but am excluded from the "you don't know until you've experienced it" get togethers. But mainly, I know this: if I had really wanted kids, I would have had them, because that's who I am.
News
General
Opinion
True Crime
Politics
Sport
Explainer
Entertainment
Celebrity
Reality TV
Movies
TV
Books
Rogue
Royal
Lifestyle
Beauty
Fashion
Weddings
Home
Wellness
Health
Fitness
Travel
Food
Parents
Before The Bump
Pregnancy
Baby
Kids
Teens
School
Parent Opinion
Work & Money
Money
Finance
Career
Lady Startup
Relationships
Sex
Dating
Separation
Friendship
Family
Real Life
Couples