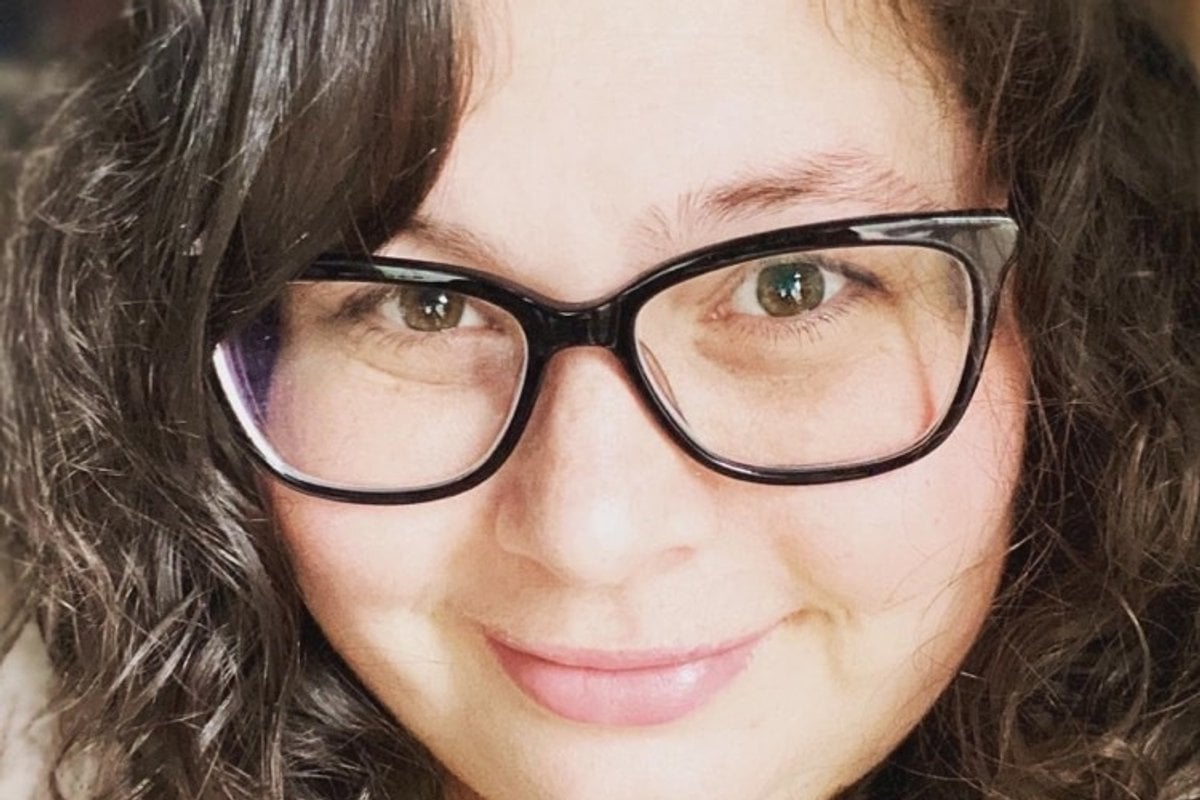 All I can think about is him.

I can remember vividly, fragmented moments that are so real it makes reality look like a faded memory. I hear his voice, see his face, the smell of his deodorant – time stops in these moments. I can feel my heartbeat become slower, my breath is shallow but they’re a distant sensation. I’m lost in this looping fragment. Over and over again it plays in high definition each time a new detail emerges – the colour of his eyes, individual strands of his hair. Each detail is carefully examined before the loop restarts.

Abruptly, I’m jolted back to the present. In a strange and confusing swirl, the present moment and memory switch and I find myself rocketed back into the reality of sitting in a cramped office, opposite a young woman who looks impatient. Where am I, again? Oh, yes. The job services provider.

She asked a question. Do I know the answer? She asks, and by the look on her face, for the third or fourth time. "Why can’t you find a job?" I shake my head. It only helps to clear it a little. How do I explain to her, what I can barely put into words myself?

How do I tell her about him, about all of the hims? Why does she have to know what I can barely acknowledge?

In Australia, 43 per cent of women who experienced childhood abuse rely on a government benefit or allowance as their main source of income. Reading this data shook me to the core. I wasn’t alone. There were enough of us in this crucible that we could be identified and quantified, at least for the survivors who were willing and able to be counted.

"We can’t keep giving you extensions," she tells me. "Maybe you should see our psychologist, you get six sessions."

How do I tell her that six sessions with a stranger will not make me 'job ready'? How do I tell her about the terror, the deep depression, and horror? I can’t. But if I don’t, she has the power to cancel my payments. Anger swells in my gut and it spills over – I feel my cheeks redden, my heart beats faster. She pushes again to know, and I come within a breath of losing my last shred of dignity. I can’t afford to lose my welfare payment. My phone is already cut off and three months behind, and I don’t know how we’re going to pay rent this month, or any month. 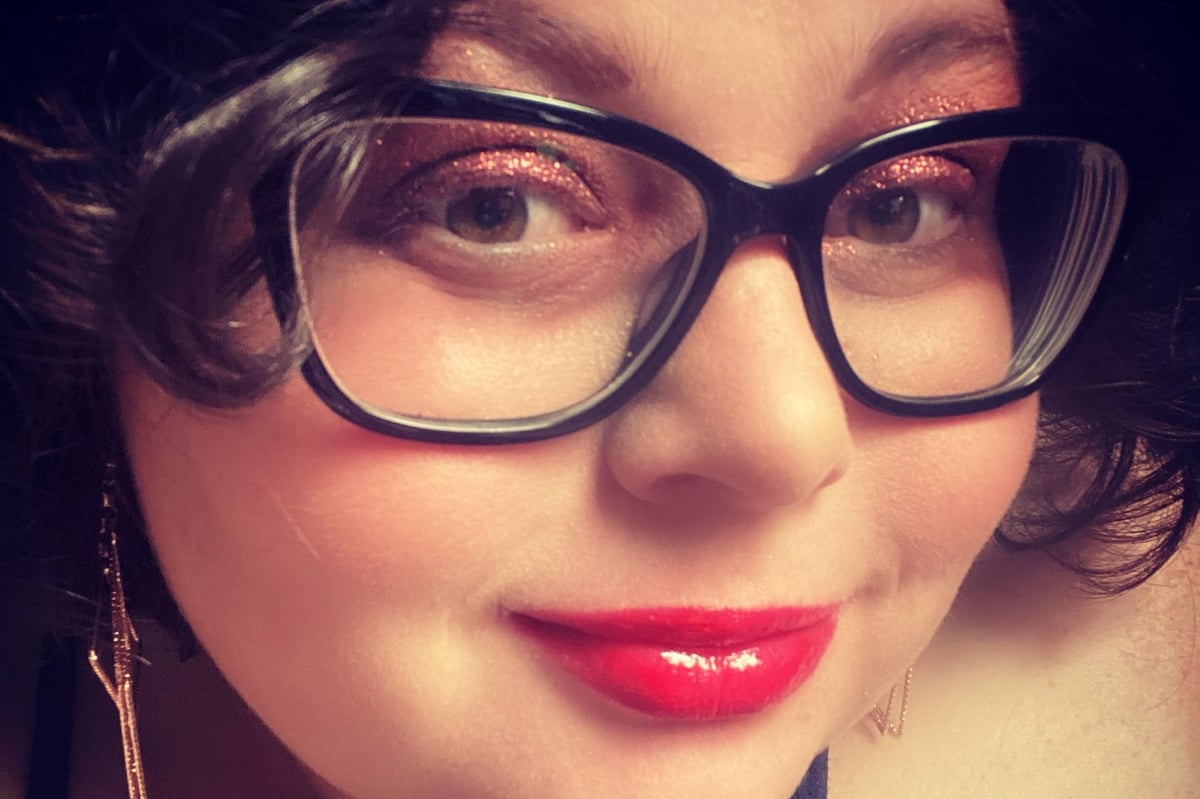 Ashleigh Rae is one of the 43 per cent of women who have experienced childhood abuse and rely on a government benefit or allowance as their main source of income. Image: Supplied.

I’m desperate. I’m angry. I almost scream at her, but instead a different voice comes out of me that I haven’t heard before – it’s coiled and deadly.

"I do not have to share that information with you. It’s private, and you have not earned the right to hear it," I tell her.

She looks at me blankly for a moment, then she explains that unless she hears an acceptable reason for my lack of job readiness, she’s going to cancel my payment.

That’s it. That coiled voice lets loose and reels off every reason it can articulate – the police investigation, court hearings, lawyers, depression, anxiety, terror, post-traumatic stress – the list goes on, and on. I don’t care if she keeps up with it.

I leave the appointment in a rage. It’s impossible to know how all-consuming being the victim of sexual assault is, unless you’ve been through it. It seeps into every part of your life.

Already, it’s cost me several jobs, two from the same company. It’s irreparably destroyed my family, and alienated me from people who I thought were friends. I’ve had people question how much of a victim I really am, including a clinical psychologist who asked if I enjoyed it. Every effort to confuse and undermine me was made – and it rendered me broken and vulnerable. Instead of being supported, I felt punished for something that was never my fault.

What little bit of clarity and functionality I had left was dedicated in its wholeness to surviving each day. I became masterful at stretching what little money I had, but it was never enough. People around me would say, 'You just need to budget better, trim the fat,' and I would think, there’s no fat to trim. There comes a point when it’s really not about what you spend money on, and it's actually about having enough money to begin with.

I couldn’t afford a new bra that fit me, so I told people that bras were an instrument of the patriarchy – you know, free the nipple and all.

I needed winter clothes, but I couldn’t afford those either.

I couldn’t remember the last time I could afford an orange, mandarin, or kiwi fruit, or the cheapest cut of steak. My bed was broken, and I lived in fear that my dryer or fridge might suddenly break. How would I get them repaired? How would I survive without them? Not to mention the flood of unprocessed memories fighting for my focus, the longing for everything to just... stop, to curl into a ball enveloped by my favorite blanket and have everything fade away into nothingness. Or the countless call outs to the Crisis Assessment Team.

When you live in this much fear every day, your priority isn’t having a pretty resumé and attending job interviews.

Ashleigh Rae is an Advocate for Survivors of sexual violence, Disability Rights, and Anti-Poverty. She lives in Melbourne, Victoria and loves coffee. She is a Social Work student, and dedicates much of her time and energy to educating the public and is building a community on  TikTok.

Reply
Upvote
So sorry to hear what happened to you. I hope you receive the support you need. Sending you love & healing.

Reply
Upvote
@azzuri Thank you, those are kind words. I hope this piece helps others in a similar situation recognize they are not alone.

Reply
Upvote
I have no idea if you will actually see this Ashleigh, but I would be happy to give advice on applying for NDIS for mental health. It is only since becoming a participant that I have been able to truly start healing.

Reply
Upvote
@ak87 Thanks for your comment ak87 - I'm actually already in the process of this, but for a different disability - I'm legally blind. NDIs is such a critical support for so many, I'd like to see it's reach deepend, and accessibility increased.

Reply
Upvote
@ashleighrae I have another disability myself too but even though it affects my daily life because I hadn’t been hospitalised or needed to see a specialist in the 12 months prior to applying it wasn’t approved 😒 my mental health one was approved in less than a week because I had just got out of hospital for mental health related issues. Thankfully I can get some of the supports for my other disability though under mental health as they cross over a bit. I’m glad you are already applying though, it’s a tedious process but worth it in the end.
News
General
Opinion
True Crime
Politics
Sport
Explainer
Entertainment
Celebrity
Reality TV
Movies
TV
Books
Rogue
Royal
Lifestyle
Beauty
Fashion
Weddings
Home
Wellness
Health
Fitness
Travel
Food
Parents
Before The Bump
Pregnancy
Baby
Kids
Teens
School
Parent Opinion
Work & Money
Money
Finance
Career
Lady Startup
Relationships
Sex
Dating
Separation
Friendship
Family
Real Life
Couples