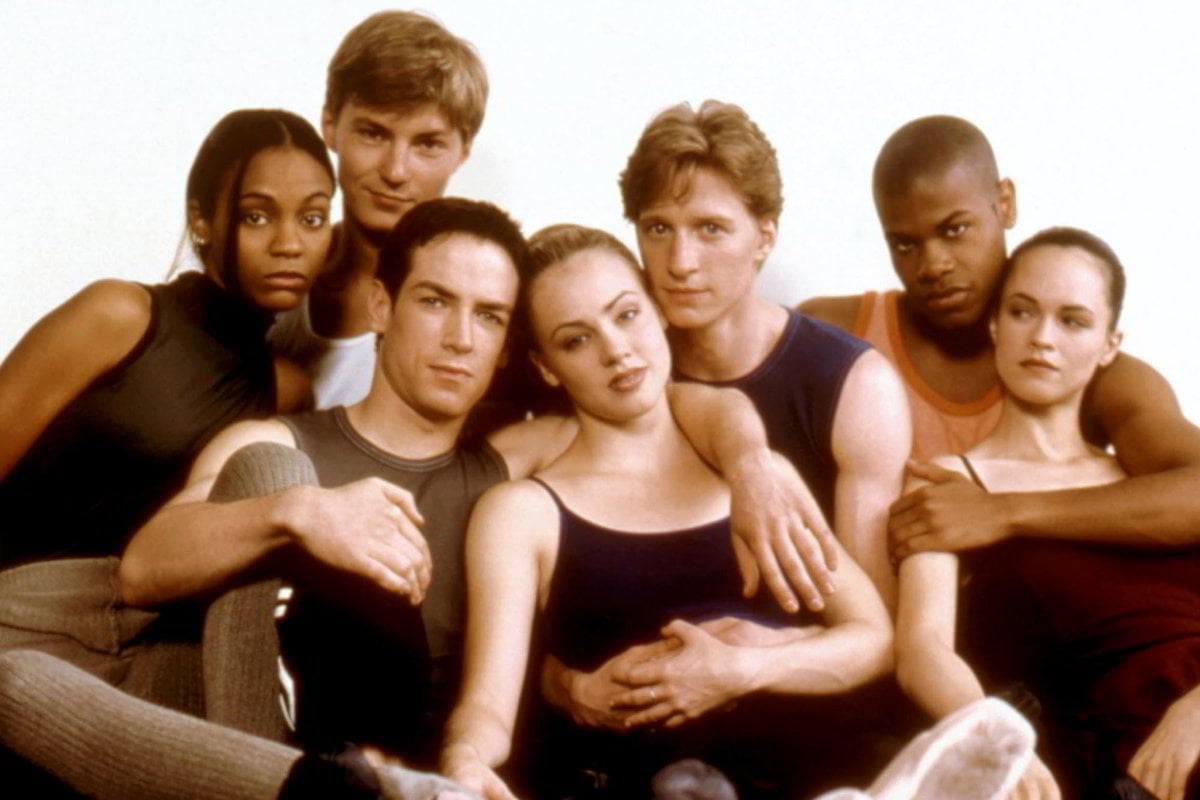 Center Stage undoubtedly gifted us the most iconic sleepover movie of the early 2000s.

We’d watch the movie about a group of dance students at an exclusive ballet school in NYC over and over, from the comfort of our mattresses on the floor of our mate’s bedroom. Then we’d fall asleep, dreaming of wearing red ballet shoes and… Charlie (Sascha Redestsky).

Watch: Relive the memories with the Center Stage trailer. Post continues below video.

I know, I know – that’s a bit scary, but the 2000 teen drama celebrated its 20th birthday in May, and it got us thinking about what our favourite dancers (plus Zoe Saldana) have been up to in the years since they wore leather pants and tearaway tutus.

Here’s how things panned out for the cast of Center Stage.

Amanda Schull played the determined Jody, the main character and one-third of the movies love triangle.

Schull, now 41, was a real-life ballerina - her mother Susan Schull is the current president of Ballet Hawaii, and she herself studied ballet at Hawaii State Ballet, Indiana University and the San Francisco Ballet School.

Center Stage was the beginning of Schull's acting career, which continued when she was cast as Davina Mayhan, the title character's older sister on sitcom, My Family and Me.

She also continued dancing for seven seasons with the San Francisco Ballet, which she retired from in 2008, around the same time her acting career hit another stride.

In 2009 she starred in Mao's Last Dancer, and in 2010 landed guest and recurring roles on TV shows like One Tree Hill and Pretty Little Liars.

Beginning in 2013, she starred as Katina Bennett in Suits, alongside Meghan Markle. Her character was upgraded to a main role for the final two seasons.

Most recently, she starred in an episode of MacGyver.

Center Stage was Zoe Saldana's first role in what has become a very successful acting career.

As Eva Rodriguez, Saldana, now 41, was a talented ballerina with an attitude.

In real life, Saldana's first passion was ballet. She eventually quit dancing because she did not "have the feet" and had too much pride and ambition to just be in the corps de ballet, she told Vanity Fair in 2009.

And now? Well, as of 2019 she's the second highest-grossing film actress of all time, on account of being in some of the most successful franchises ever: Avatar, Guardians of the Galaxy and Avengers: Endgame among them.

And her money-making is set to continue for a while yet, as she's set to star in James Cameron's Avatar 2 and Avatar 3 sequels - scheduled for release in 2021 and 2023, if COVID-19 filming delays don't push them back.

Then he went on the play an even more iconic character: Sandy Cohen, aka sunshine personified in The O.C from 2003-2007.

He's also had roles in Californication, How I Met Your Mother, The Good Wife, New Girl and Grace and Frankie. Gallagher currently stars in Zoey's Extraordinary Playlist (which you can find on Stan in Australia).

Ilia Kulik was already an Olympic Gold Medallist when he starred in Center Stage as Russian dancer Sergei, after he took out the men's figure skating at the 1998 Nagano Olympics.

Center Stage was his only venture into acting, but his figure skating career continued.

He coached Filipino figure skater Michael Christian Martinez, who came in seventh at the 2014 Winter Olympics in Sochi and was the first skater from Southeast Asia and a tropical country to ever qualify for the Games.

Ethan Stiefel, now 47, was a real-life dancer cast as Cooper Neilson, the "modern" choreographer who butt heads with the more traditional choreographers at the Academy, and another third of the movie's love triangle.

He also appeared in TV sequel Center Stage: Turn It Up, and was a principal dancer with the American Ballet Theatre from 1997 until 2012. He was the artistic director of the Royal New Zealand Ballet from 2011 and 2014.

Two fun facts for you: He starred as himself in season four, episode eight of Gossip Girl, and appeared in a 2007 episode of the original Queer Eye series to meet a "straight guy" who idolised him.

This week, he met up with his Center Stage castmates via Zoom and fans couldn't help but notice that he looks quite different. But you know, it has been 20 years. 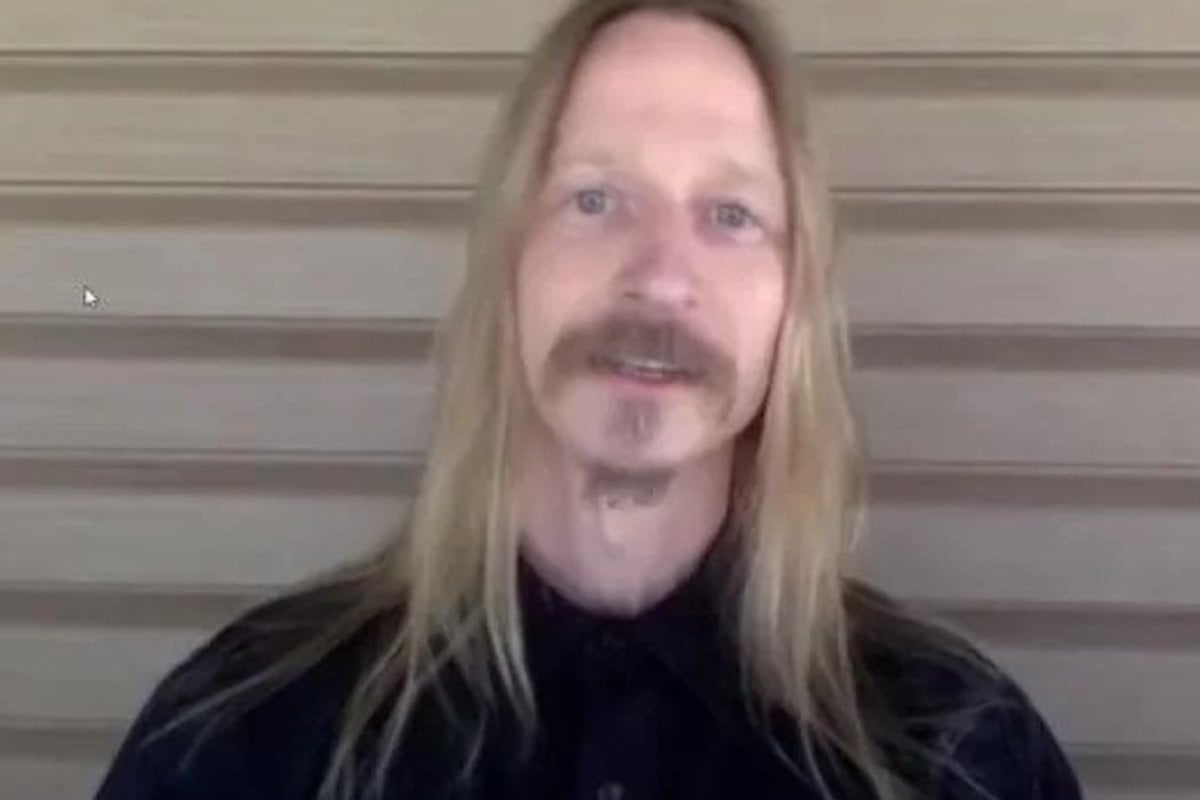 Sascha Radetsky was a real-life ballerina who took on the role of Charlie, the final piece of Center Stage's love triangle and the one precisely everyone was rooting for.

Radetsky continued to dance after Center Stage, as a soloist with the American Ballet Theatre and a principal with Dutch National Ballet.

He retired from dancing in 2014 and returned to acting, with roles as Ross in TV drama Flesh and Bone, in the Hallmark Channel movie A Nutcracker Christmas, and in Center Stage: On Pointe where he returned to the role of Charlie.

Thankful for so much... especially for this one ???? #sascharadetsky ????: @erinbaiano

Now 43, he was selected as the artistic director of American Ballet Theatre's Studio Company in 2018.

Susan May Pratt previously starred in movies 10 Things I Hate About You and Drive Me Crazy before staring as Maureen in Center Stage. Her character was the Academy's star student, whose heart just wasn't in it.

Pratt, 46, did a pretty convincing job, especially considering she had no formal ballet training.

In 2015 she was finishing her bachelor's degree in Business while working on prerequisites for a Master's program in occupational therapy.

That same year she told Buzzfeed she had struggled with knowing her career peaked while she was so young.

"Center Stage changed my life. It was the first time that strangers on the street recognised and approached me. But it didn't, unfortunately, as you know, change my career that much," she said.

"It's kind of disappointing to have one's career peak in your mid-twenties and have it be a downhill slide since. [It's] been hard for me in the last 15 years that my career has not progressed."

Another of the casts real-life dancers, Julie Kent played Kathleen Donahue - the reason Jonathan and Cooper had such beef.

She was a principal dancer with the American Ballet Theatre from 1993 to June 2015, meaning she's danced in basically any ballet you've ever heard of. Romeo and Juliet? Tick. Swan Lake? Tick. The Nutcracker? Tick, tick, tick.

Basically, she's somewhat of a ballet legend: Following her final performance in 2015, she received a 23-minute long standing ovation.

In 2016, she was named the artistic director of The Washington Ballet.

He toured with Disney's High School Musical on Stage! as Chad Danforth in 2007, and also starred in Fame on 42nd Street! and Mamma Mia! stage shows.

His TV credits include Sabrina The Teenage Witch in 2000, and he had a small role in 2010 Will Ferrell comedy The Other Guys.

Evans is now a yoga and HIIT teacher.

Happy 20 year anniversary to Center Stage (and if you're feeling nostalgic, the movie is available to watch on Netflix- we'll see you there).

This post was originally published in May 2020 and was updated on September 3, 2020.