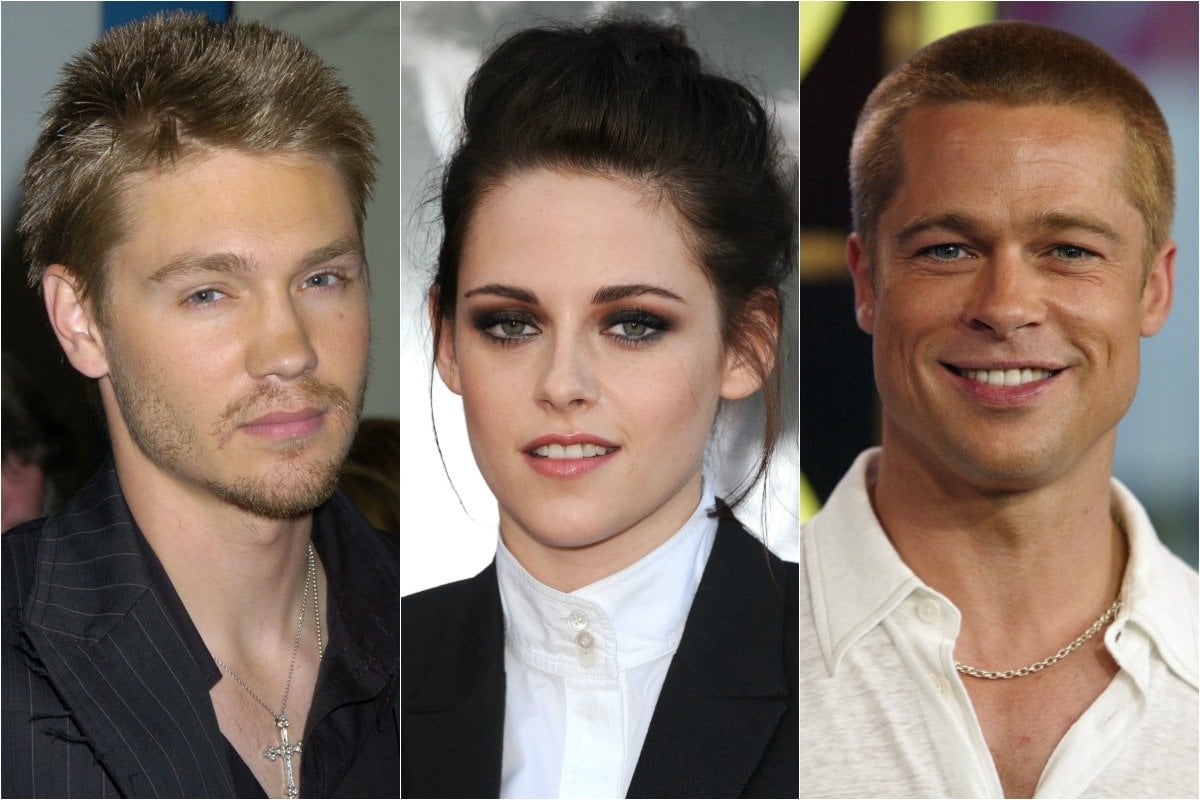 Just a few weeks ago, the world stopped to watch as two well-known celebrities became embroiled in an old-fashioned cheating scandal.

"A famous man was photographed with a famous woman who was not his wife, and the internet momentarily lost its addled, overwhelmed little mind," as Mamamia's Holly Wainwright observed.

But as is so often the case in Hollywood, that's not the first time it's happened, and it won't be the last. In fact, it's alarmingly common for celebs to embark on affairs with their co-stars. It must be all the time spent together (and away from their partners and/or families).

Watch: Here are some celebrity friendships that will shock you. Post continues below.

So here is a not-so-comprehensive of all the celebrities who have cheated with their co-stars (because we'd been here all day if we listed all of them). 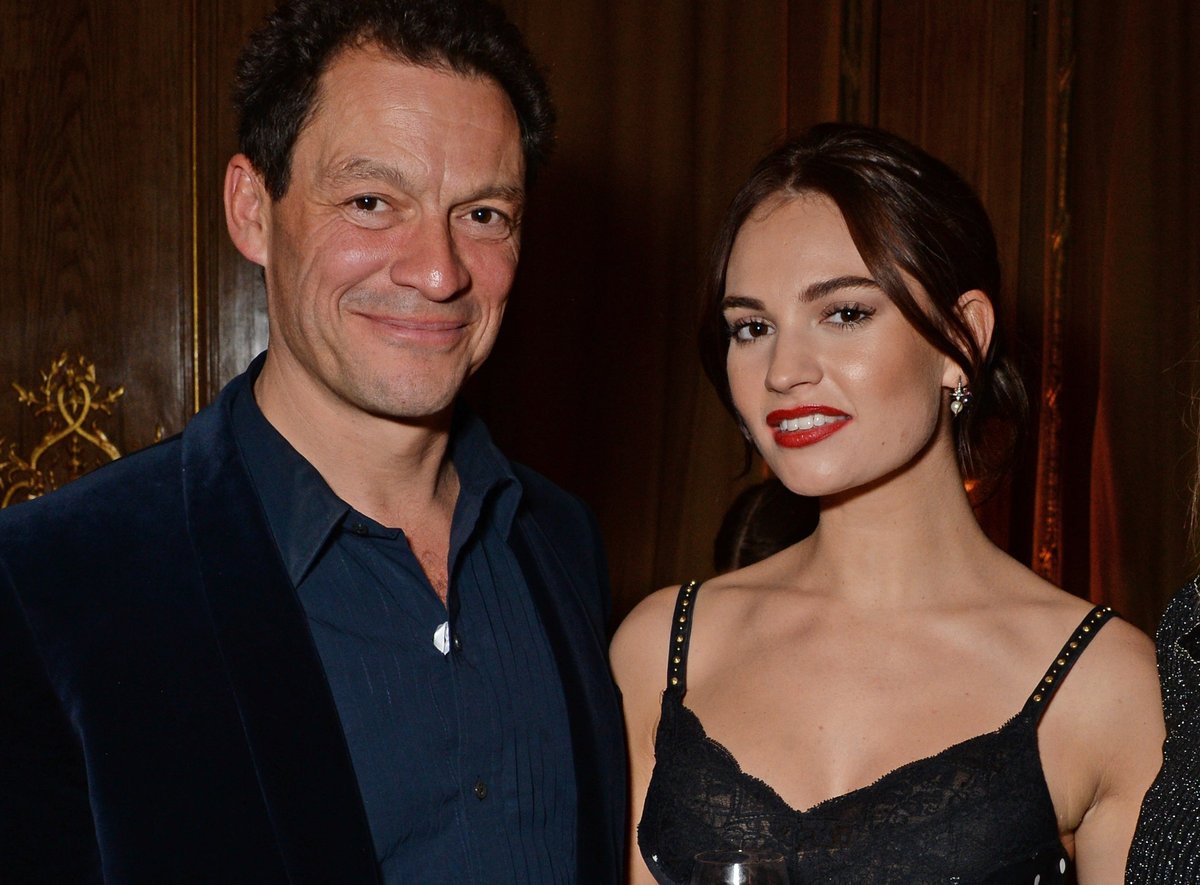 Actors Dominic West and Lily James recently hit the news when they were papped canoodling in Rome, Italy, while filming their new movie The Pursuit of Love. The photos captured West, 51, and James, 31, sitting at a cafe, standing on the Spanish Steps and riding tandem on a scooter. In every photo, they appeared close.

James is single, while West has been married to Catherine FitzGerald for 10 years. They have four children together.

"Catherine has seen the pictures and she's devastated. I came over to speak with her as soon as I knew about them," a source told The Sun.

"Catherine has been trying to speak with Dominic, but he's not answering his phone. She's totally shocked because she didn't know anything was going on."

Days later, West was photographed in front of their UK home with his wife by his side. The couple also placed a note outside saying, "Our marriage is strong and we're very much still together. Thank you." 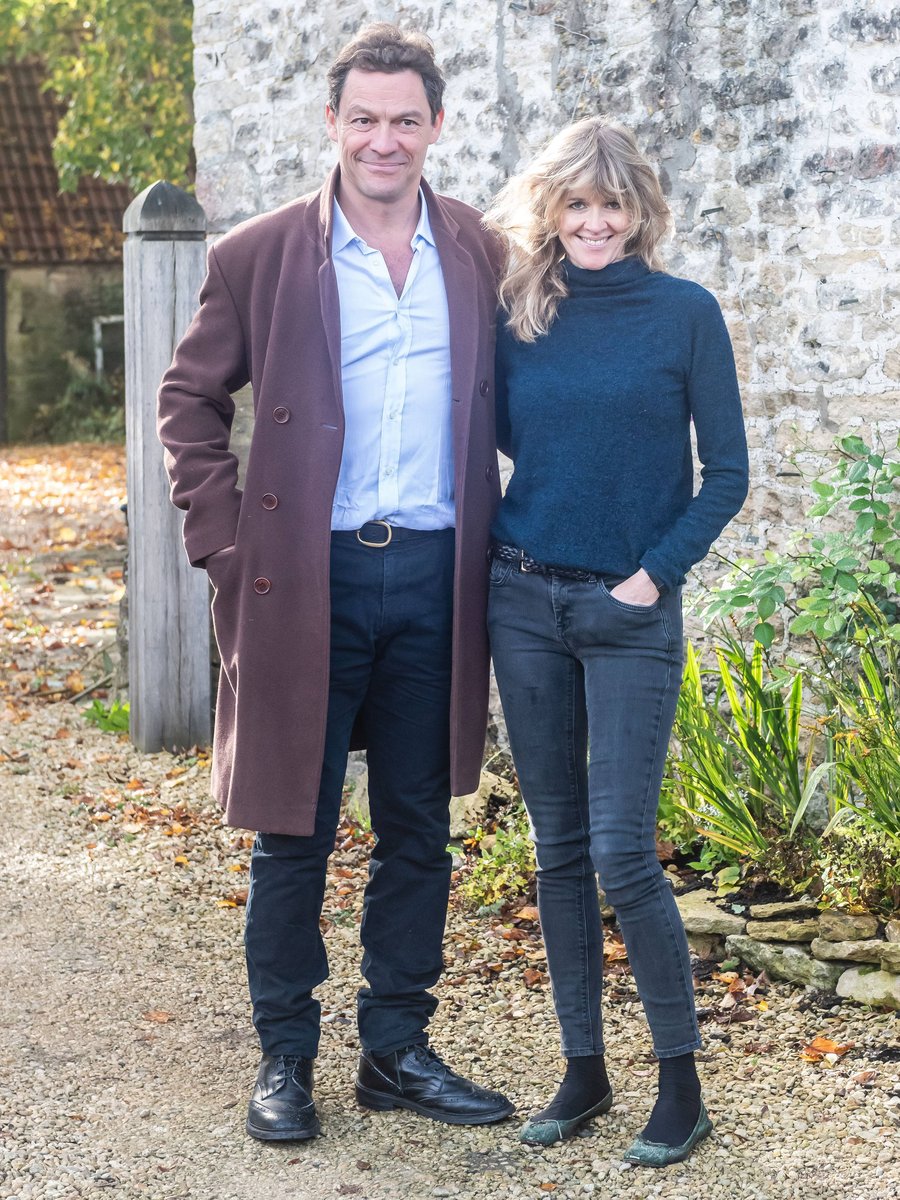 West and FitzGerald in front of their UK home. Image: Getty.

Since the incident, James has kept quiet and cancelled various interviews to promote her latest film, Rebecca. 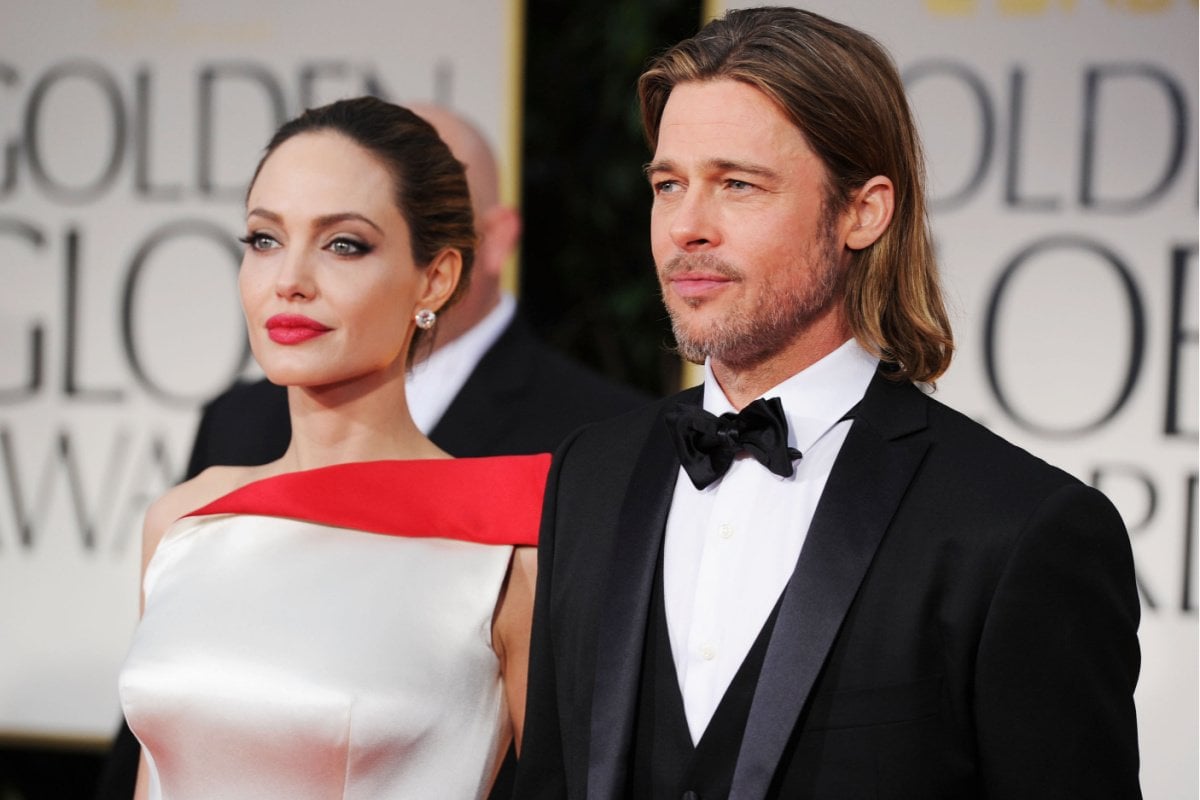 In 2004, Angelina Jolie and Brad Pitt filmed the spy rom-com Mr and Mrs Smith together. In the movie, they played a relatively average, married couple who were also assassins, unbeknownst to each other.

At the time, Pitt, now 56, was married to his wife of four years, Jennifer Aniston, while Jolie was a single mum to her first adopted child Maddox.

Although the pair didn't announce it until much later on, it was during filming that the pair fell in love. 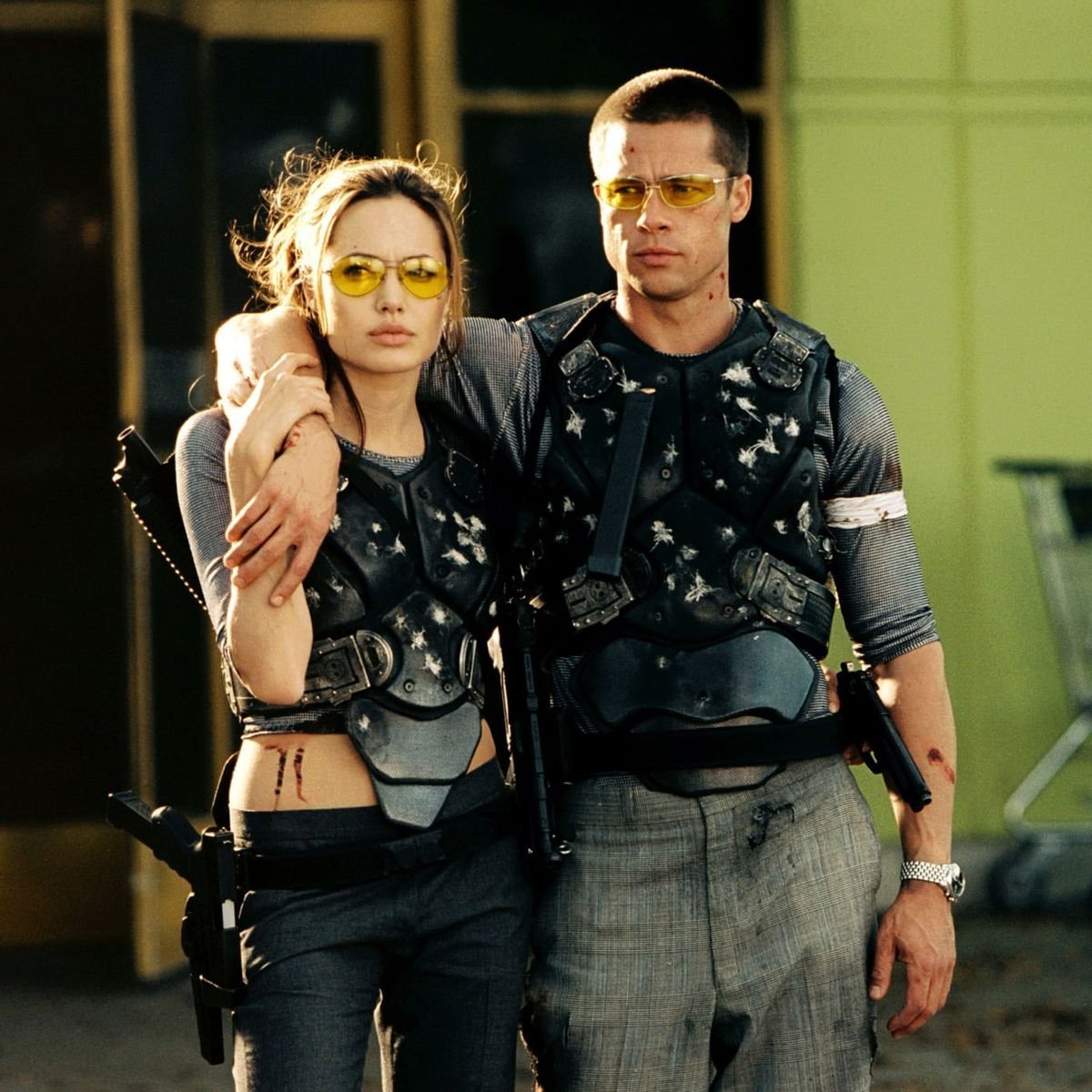 "Because of the film, we ended up being brought together to do all these crazy things, and I think we found this strange friendship and partnership that kind of just suddenly happened," Jolie told Vogue in 2006.

"I think a few months in I realised, 'God, I can’t wait to get to work.' Anything we had to do with each other, we just found a lot of joy in it together and a lot of real teamwork. We just became kind of a pair," she added.

"It took until, really, the end of the shoot for us, I think, to realise that it might mean something more than we’d earlier allowed ourselves to believe. And both knowing that the reality of that was a big thing, something that was going to take a lot of serious consideration."

In January 2005, after five years of marriage, Brad Pitt and Jennifer Aniston announced their separation.

Soon after, Pitt and Jolie started their 12-year-relationship, that ended with a divorce (still on-going) in 2016. 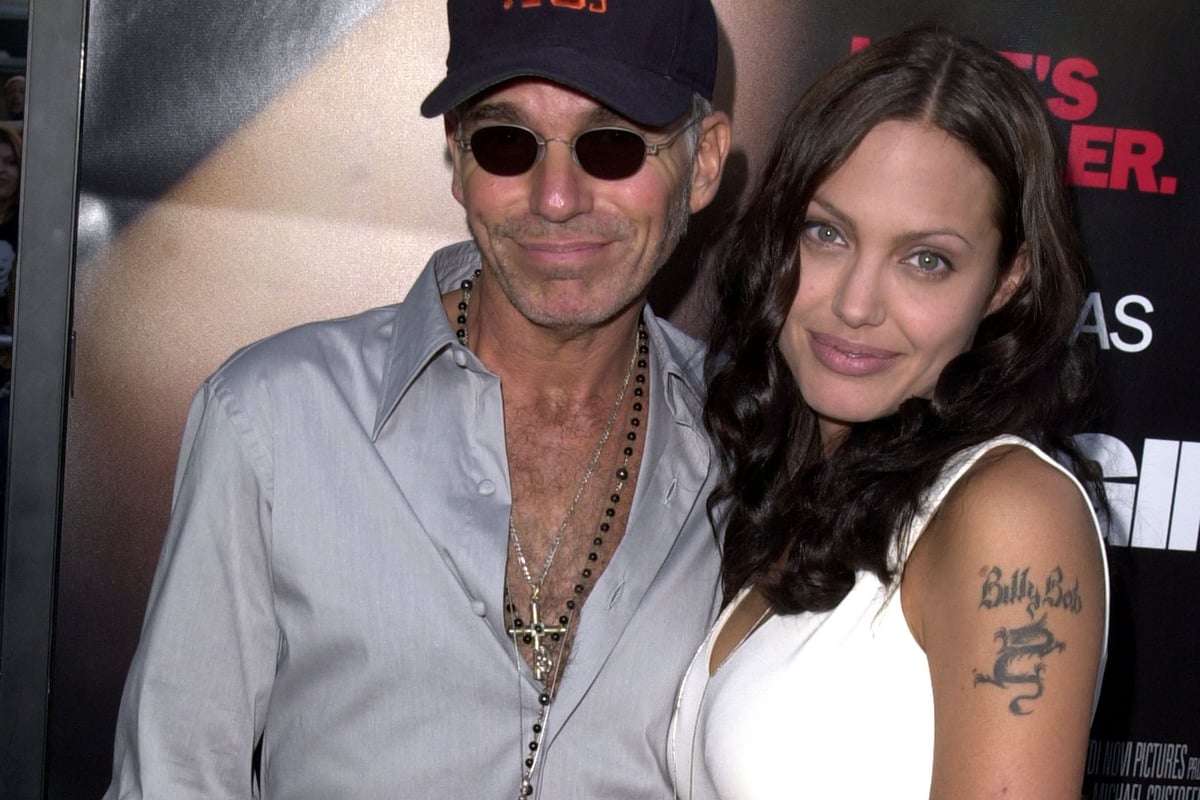 In 1999, Jolie and Thornton starred in the film Pushing Tin. At the time, Thornton was engaged to actor Laura Dern. 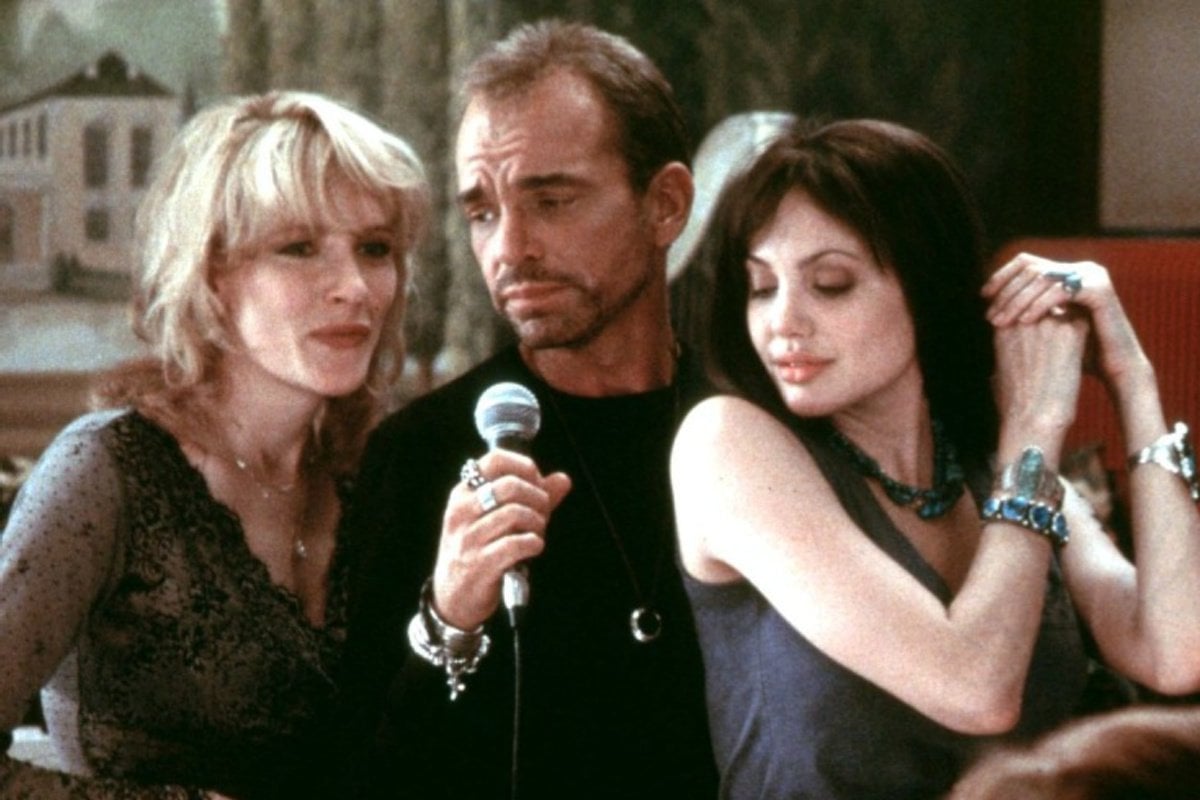 In 2000, Thornton and Jolie dated for two months and then got married in Las Vegas in May. He was still engaged to Dern at the time.

"[I] left our home to work on a movie, and while I was away, my boyfriend got married, and I’ve never heard from him again," Dern told Talk magazine, years later.

The newlywed couple became infamous for their public displays of affection, most notably, wearing vials of each other's blood around their necks and Jolie tattooing "Billy Bob" to her upper arm.

To celebrate their one year wedding anniversary, Jolie surprised her husband with matching burial plots.

"It may sound a bit weird to people, but it is very special for us," Jolie told the Daily Mirror in 2001. "I’d called his mother to find out where a lot of his family are buried and I reserved plots there so that one day, when we die, we’ll be next to each other."

They separated the following year. 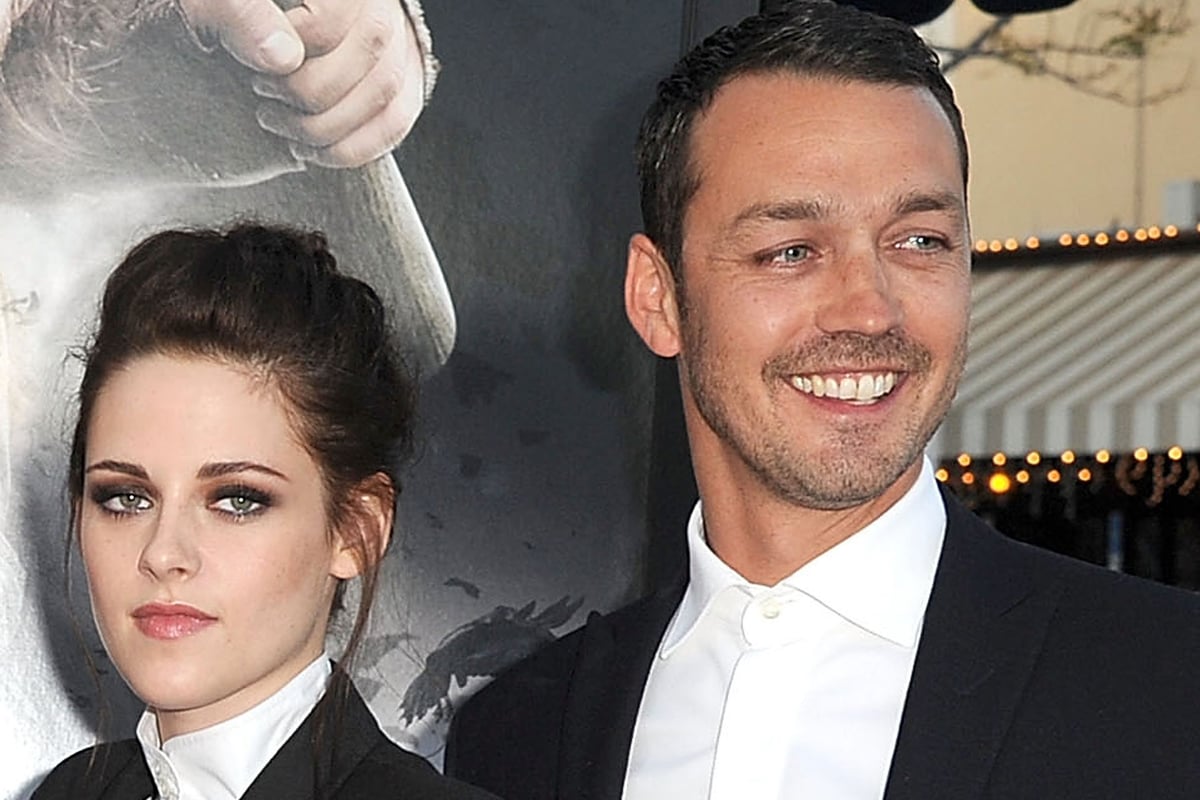 When Twilight actress Kristen Stewart was at the peak of her fame, she was caught in a cheating scandal with the director of Snow White and the Huntsman, Rupert Sanders.

In July 2012, photos emerged of the 22-year-old actor and 41-year-old director kissing in a car and cuddling on a bridge. At the time, Stewart was dating her Twilight co-star Robert Pattinson, while Sanders was married with two children.

Soon after the photos hit the tabloids, Stewart publicly apologised.

"I’m deeply sorry for the hurt and embarrassment I’ve caused to those close to me and everyone this has affected. This momentary indiscretion has jeopardised the most important thing in my life, the person I love and respect the most, Rob. I love him, I love him, I’m so sorry," she said in a statement to People magazine. 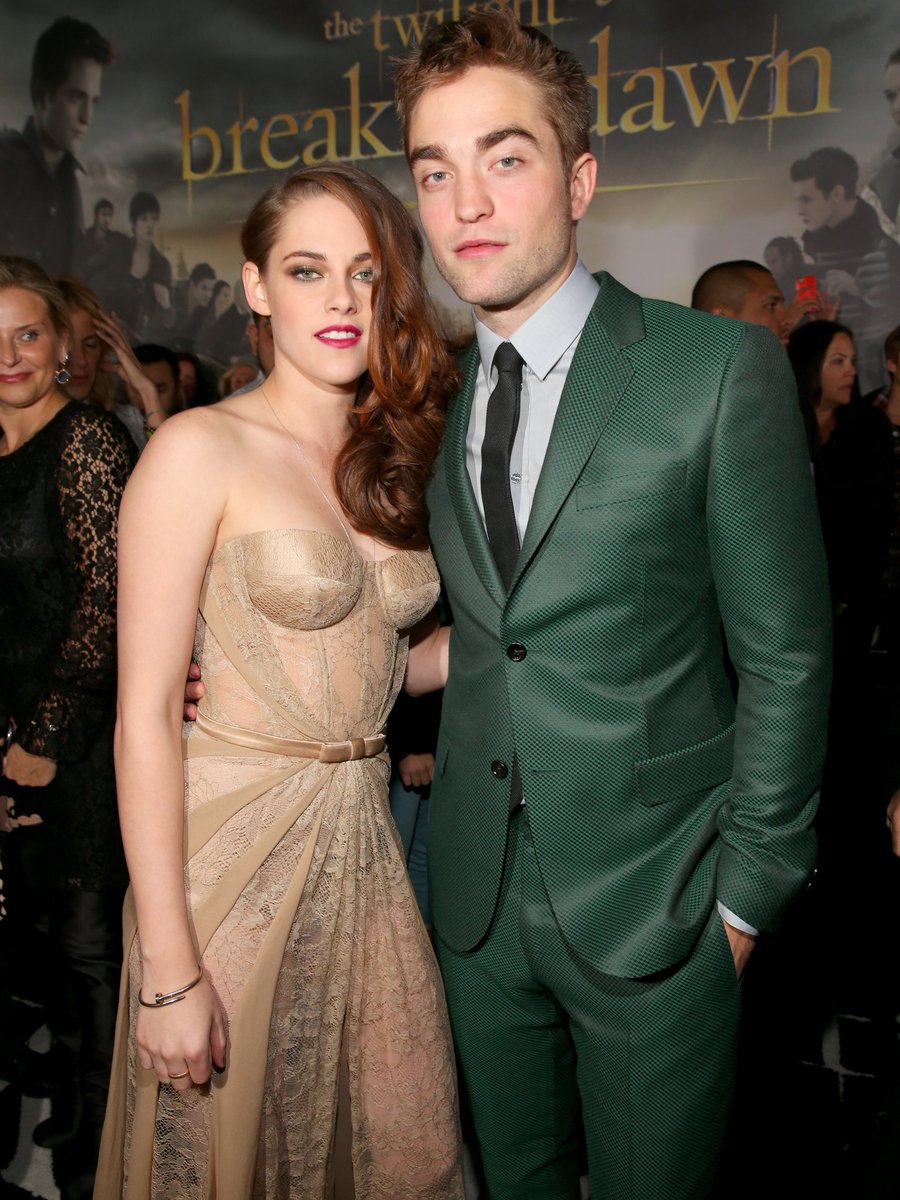 Sanders released his own statement at the time.

“I am utterly distraught about the pain I have caused my family. My beautiful wife and heavenly children are all I have in this world. I love them with all my heart. I am praying that we can get through this together,” Sanders told Reuters.

Soon after, Sander's wife Liberty Ross filed for divorce. While Stewart and Pattinson broke up and then got back together after the scandal, their relationship officially ended in May 2013. 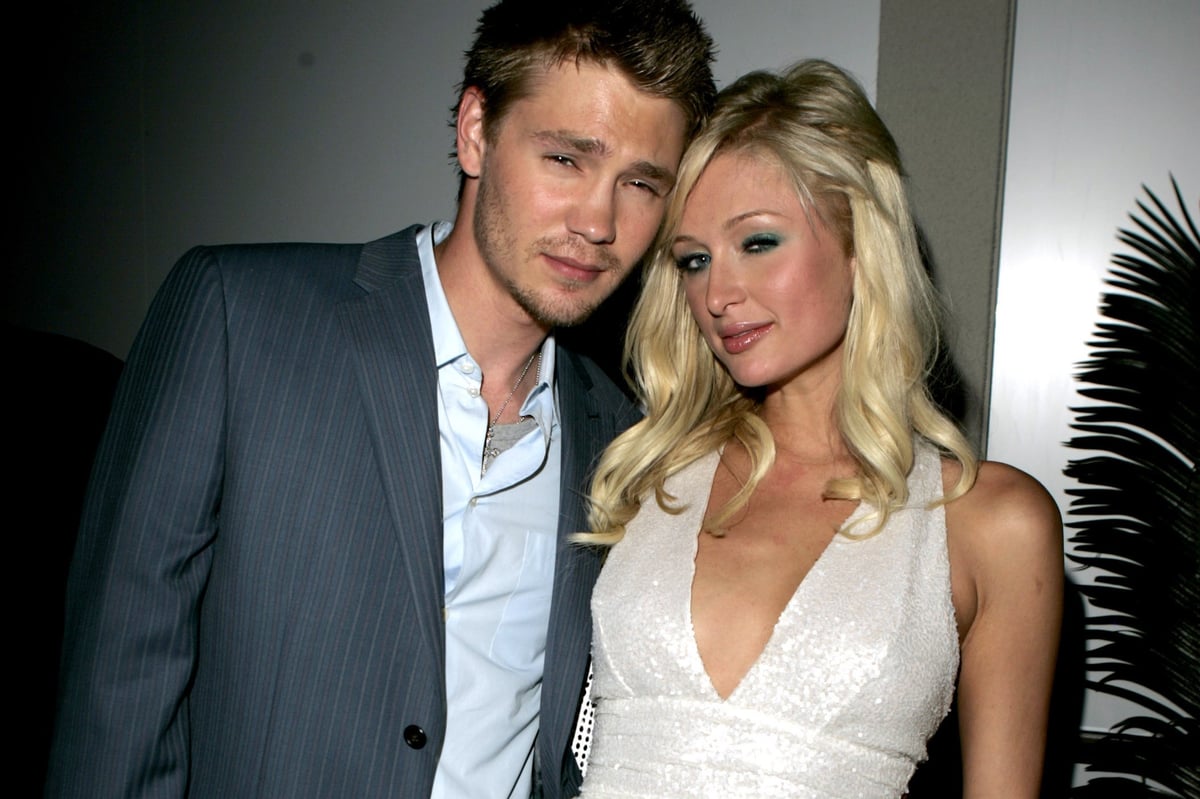 In 2003, Chad Michael Murray and Sophia Bush fell in love while filming the television series One Tree Hill. Two years later, they were married.

Not long after, Murray went to work on the horror film House of Wax with Paris Hilton. And according to Backstreet Boy Nick Carter (who was dating Hilton at the time), the two got together.

After five months of marriage, Bush and Michael Murray separated. 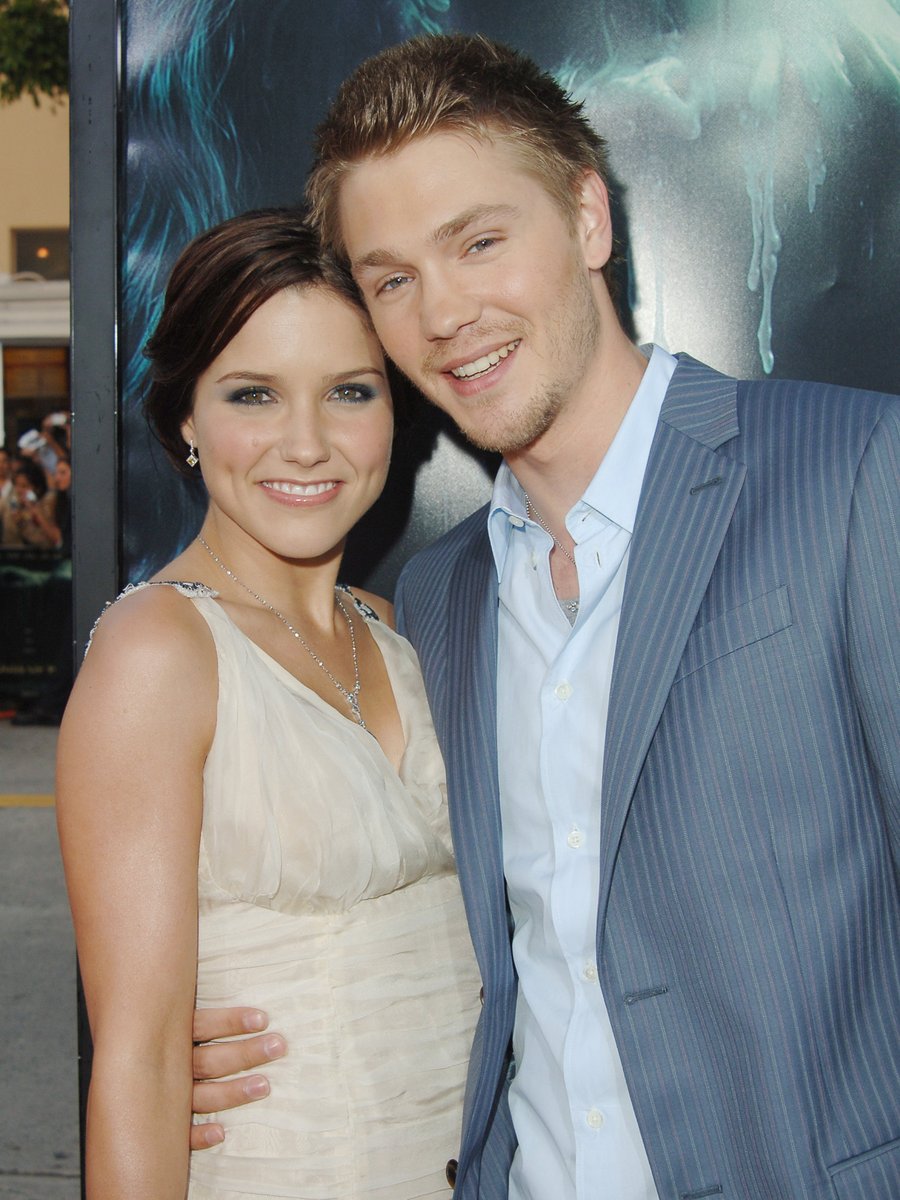 Bush and Michael Murray at the House of Wax premiere. Image: Getty.

"It devastates me now that I have been reduced to a Hollywood statistic–another joke marriage," Bush told Biography Today.

"I never expected to be married more than once… because I knew what I was getting into and will always believe in love."

Reply
Upvote
1 upvotes
Also, it was proven Laura Dern and BBT were NEVER even engaged, in the first place, and she admitted it later. Bear in mind the saying 'consider the source'; Dern later got with Billy Harper who was married at the time. Harper's wife was pregnant, and it turns out Dern was pregnant to him at the same time his own wife was pregnant. So Dern had no issues getting pregnant to a married man whose wife was also pregnant.
I I note you omitted Aniston and Theroux from your list, the two let during Wanderlust and Aniston was introing Theroux as her new boyfriend. He was still living with his partner of 14 years, Heidi fled the house the weekend the story of Aniston-Theroux affair broke (Aniston and Theroux posed for intimate pictures, while Heidi was at home waiting for her partner). Aniston made the I can't wait to get to work comment also regarding Theroux, you can find it if you Google.  You also omitted that Dern and Harper cheated, so I am sensing an anti Angelina agenda here.

Reply
Upvote
1 upvotes
The first two are complete misinformation and myths. Brad Pitt and Angelina Jolie admitted themselves they did not cheat. Jennifer Aniston admitted the same thing. Aniston even said in her tell-all Vanity Fair article that Brad came to her, admitted he was attracted to Jolie. Aniston told him to go 'have an affair and get it out of his system" and come back to me, but Brad was too honourable for that and couldn't, hence he told her upfront and left her and then went chasing Angelina around the world.
News
General
Opinion
True Crime
Politics
Sport
Explainer
Entertainment
Celebrity
Reality TV
Movies
TV
Books
Rogue
Royal
Lifestyle
Beauty
Fashion
Weddings
Home
Wellness
Health
Fitness
Travel
Food
Parents
Before The Bump
Pregnancy
Baby
Kids
Teens
School
Parent Opinion
Work & Money
Money
Finance
Career
Lady Startup
Relationships
Sex
Dating
Separation
Friendship
Family
Real Life
Couples