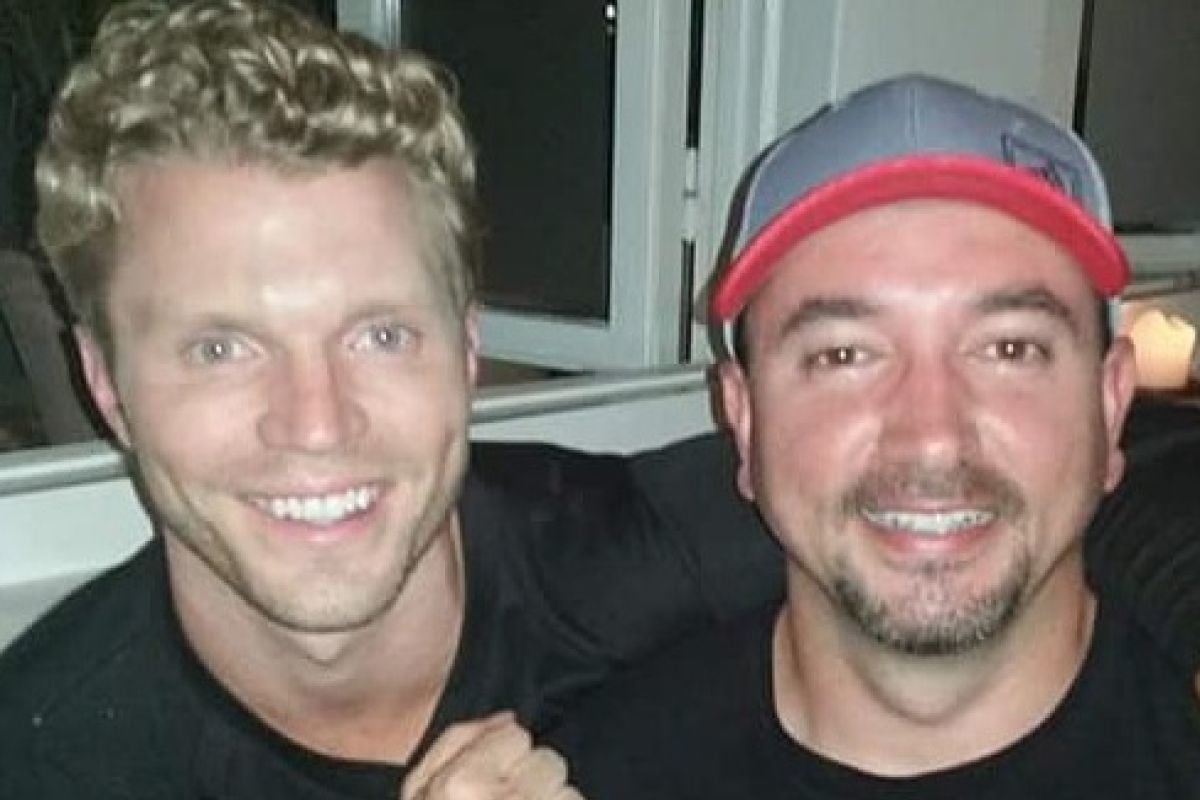 It was meant to be three close friends and their wives celebrating the end of the year in paradise. But it ended with two of the friends dead, and family members asking questions that no one is answering.

Casey MacPherson-Pomeroy had moved to the Caribbean island of Anguilla with his wife Barbara in mid-2018. He’d been an actor and producer in Los Angeles, scoring small screen roles, such as a police officer in The Bold and the Beautiful. But he’d decided on a career change. Anguilla, despite its tiny population of just 17,000, has a branch of an American medical school, and Casey had enrolled there.

While medical school was taking a break in December 2018, Casey invited his childhood friends Caleb Guillory and Chuck Gros, and their wives Carly and Alisha, to spend some time with him and Barbara.

"Casey, Caleb, and Chuck had been friends since they were nine years old," Casey’s sister Debanee MacPherson-Udall told the True Crime Real Time podcast. "Growing up, Caleb was always over at our house and the same with Chuck."

It was on the night of December 30 that the tragic events unfolded. According to a letter written by Barbara’s lawyer regarding her claim to Casey’s life insurance policy, Barbara, Casey and Caleb were at an outdoor beach bar and had ordered one rum and Coke. The letter says the drink was left unattended while the three of them looked for Casey’s lost shoe, and then all three of them drank from the one drink and headed home to Casey and Barbara’s apartment.

Not long afterwards, police received a call from Alisha, saying that one of her friends was "not breathing". By the time emergency services arrived, Caleb was dead. Meanwhile, Casey was having a seizure. He was taken to hospital, but, despite medical staff trying to save him, he died.

In the letter written by her lawyer, Barbara, who says she also became sick from the drink, "feels this was no accident and that someone intentionally tainted" it.

The four friends were taken to hospital for medical checks, then handed over to police. They spent nearly three days in custody before being released.

Autopsies were carried out on Casey and Caleb’s bodies. The coroner’s report found that both men had died from a lethal dose of MDA and cocaine. In Caleb's case, the death certificate also listed asphyxia, strangulation and chest compression.

After the autopsies, Casey and Caleb’s bodies were cremated in Anguilla, rather than being flown home.

Back in the US, Casey’s mum and his stepdad in Oregon received a call from Barbara on January 1, saying that Casey and Caleb had died. Stepdad Chuck Pomeroy tells People magazine says he doesn’t recall "getting any explanation of anything that made any kind of sense at all".

When Barbara, Carly, Chuck and Alisha got back to the US, they dropped in to see Casey’s mum and stepdad in Oregon. Chuck Pomeroy says right from the beginning, Barbara and the others said Casey and Caleb were "poisoned", but Barbara also told them not to talk about it.

"The whole point was, she didn't want any kind of notoriety about her, didn't want the word out that the boys had died," Chuck Pomeroy ﻿﻿adds﻿﻿. "That really didn't sit well with us."

An inquest into the deaths began in Anguilla last year, but Barbara, Carly, Chuck and Alisha didn’t attend.

Casey’s sister Debanee, along with other members of Casey and Caleb’s families, started a GoFundMe page to raise money to "uncover the truth of how our loved ones were killed".

"Anguilla holds a dark secret!" the page reads. "These were not accidental deaths! The stories of what happened that night are inconsistent, and no one has been held accountable for these horrific crimes."

Listen to Mamamia's podcast True Crime Conversations, which features interviews with experts on the world's most fascinating, terrifying and mysterious crimes. Post continues below.

Debanee hired private investigator TJ Ward, who had worked on the disappearance of Natalee Holloway in Aruba.

"Something is totally wrong," TJ told an Oregon TV station. "What they’re saying happened and what transpired."

When Debanee organised a fundraiser to help pay for the investigation, Barbara, Carly, Chuck and Alisha put out a statement to Oregon’s News 10, saying that they weren’t sponsoring the fundraiser in any way.

"To the contrary, we find their pursuits to be replete with misstatements and believe they are unproductive," the statement read. "We are cooperating with appropriate authorities and do not support or sanction this event in any way."

The recent People magazine cover story about the deaths of the two men poses the question: "What do the wives know?"

TJ has been asking questions about Casey’s life insurance policy, alleging in an interview with News 10 that Barbara tried to increase the policy before the couple left for Anguilla.

One thing’s for sure – Debanee and the other members of Casey and Caleb’s families aren’t giving up. The GoFundMe page they set up has so far raised more than $12,000.

"We can never bring back the ones we love," it reads. "We can never pick up the phone and see their texts. We can never hug them again, or tell him that we love him. Although together, we can hopefully uncover those who were responsible, hold them accountable, and ensure that this never happens to another family."

Reply
Upvote
3 upvotes
Doesn't seem that mysterious. They OD'ed and no one wants to admit that they all partook. Caleb's additional causes of death were probably an amateur resuscitation attempt.
S
sara78 2 years ago