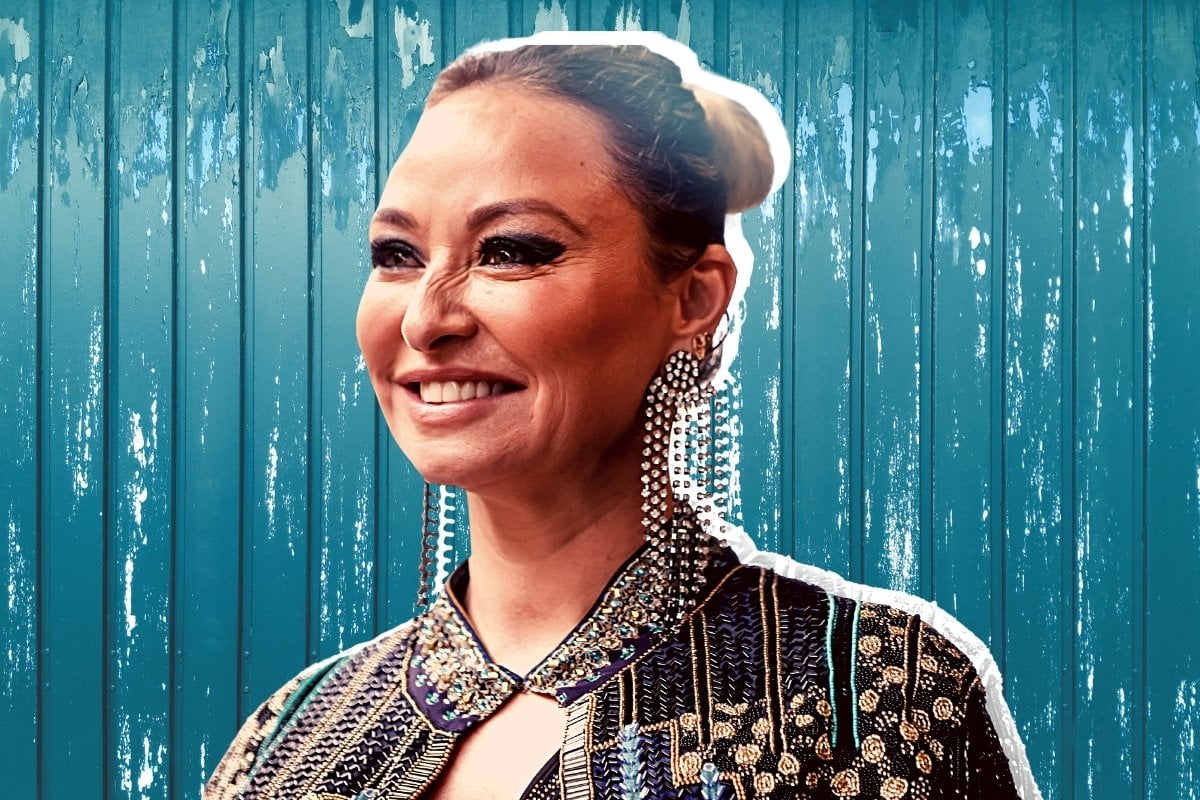 Fashion designer Camilla Franks was in India when she felt the tingling. She was working at the factory that produces her famous bohemian pieces when it came on. There was a headache, too. Then suddenly, one side of her face drooped.

Franks was rushed to the hospital suffering a suspected stroke. After two days, the true diagnosis came. Bell's Palsy, a temporary weakness of the facial muscles. The cause of the condition is unknown, but viral infections are believed to play a role.

For years, Franks' immune system had been battling recurring symptoms of glandular fever. She worked through it all, building on her label's international success (she counts Oprah, Beyonce and Kylie Jenner among her customers). Then this.

"I rehabbed my face back over the six months. And during that six months, I still didn't listen to my body. I kept working, working, working," she told Mamamia's No Filter podcast. "And then it got to the point where I couldn't actually hold a conversation. I was getting panic attacks, anxiety, I wasn't eating, I couldn't function. I couldn't wake up happy."

Franks' friends approached her. They could see she was struggling, that she needed help.

"I hadn't dealt with my past grief."

For two decades, Camilla Franks hid in her work.

It began when she was just out of school, and family friends decided she ought to throw herself into a job to distract herself from her little brother's death.

He'd had an accident on the cliffs near their Sydney home that year. He was 14 years old.

"There are always certain moments in your life that define you," she said. "I felt like, after that, I needed to live the life of two and make sure to please [my parents], to nourish them, to nurture them to make sure I was big enough to fill the hole."

She worked in advertising, as a producer on music videos, ran a restaurant which she turned into a nightclub, and more. In 2004, she started her eponymous fashion label and soon became one of Australia's most high-profile designers.

But as the years wore on, the symptoms of her hidden pain began to manifest. 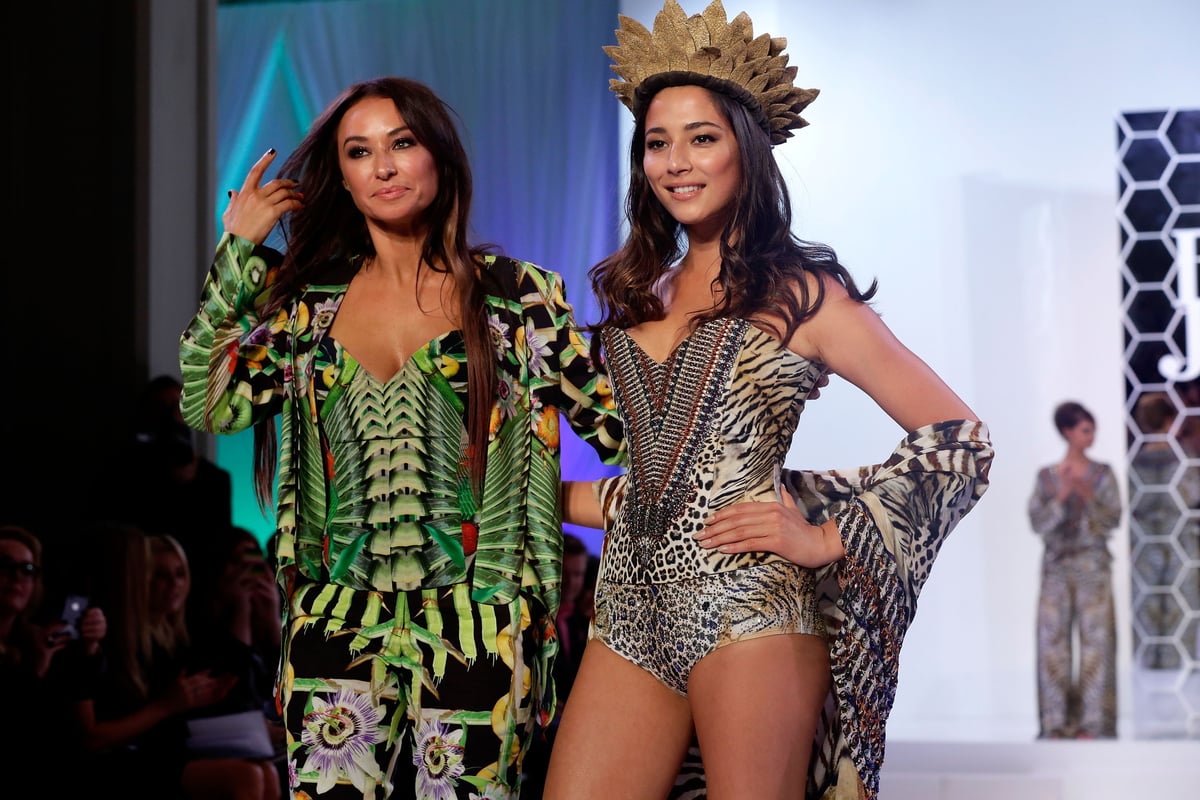 Franks with supermodel Jessica Gomes at a Camilla collection launch in 2013, just months before her Bell's Palsy diagnosis. Image: Getty.

"I was very much, believe it or not, uncomfortable with being in the public eye. I'd always get social anxiety going out," she said. "I probably always put on the big costumes, the hair, the makeup to hide who I truly was because I thought 'Will people like me? And am I enough?'"

After the Bell's Palsy episode, she suffered her "spiritual, emotional and mental breakdown" and was diagnosed with suicidal depression. A friend found her a rehabilitation program in the United States that helped to unlock what she'd pushed aside for so long.

She also dug into her relationships with men, mostly "damaged people" themselves.

"I get into a cycle where I become mother hen, trying to fix them. Then I'd become the victim, then I'd start getting attacked and bullied," she said. "That can become really toxic and really dangerous when you've got no self-love."

Fortunately, as that cycle ran its course, as she began to heal, her now-partner was right there in the background.

"I found it really hard to forgive."

Franks and Welsh musician JP Jones met in London. Both were living there at the time. She was 21, he 18.

Late one night, she locked herself out of her apartment. Her flatmate was at a nearby nightclub with another set of keys, so off she went, still dressed in pyjamas.

"This gorgeous human being angel came up to me and said, 'You alright?'" Franks recalled.

"He found my friend for me, got me a glass of water and put me into a cab with the keys and said, 'Can I also have your number?'"

An hour into their first date, Franks and Jones declared that they were in love, that they'd spend the rest of their lives together.

It didn't work out that way. 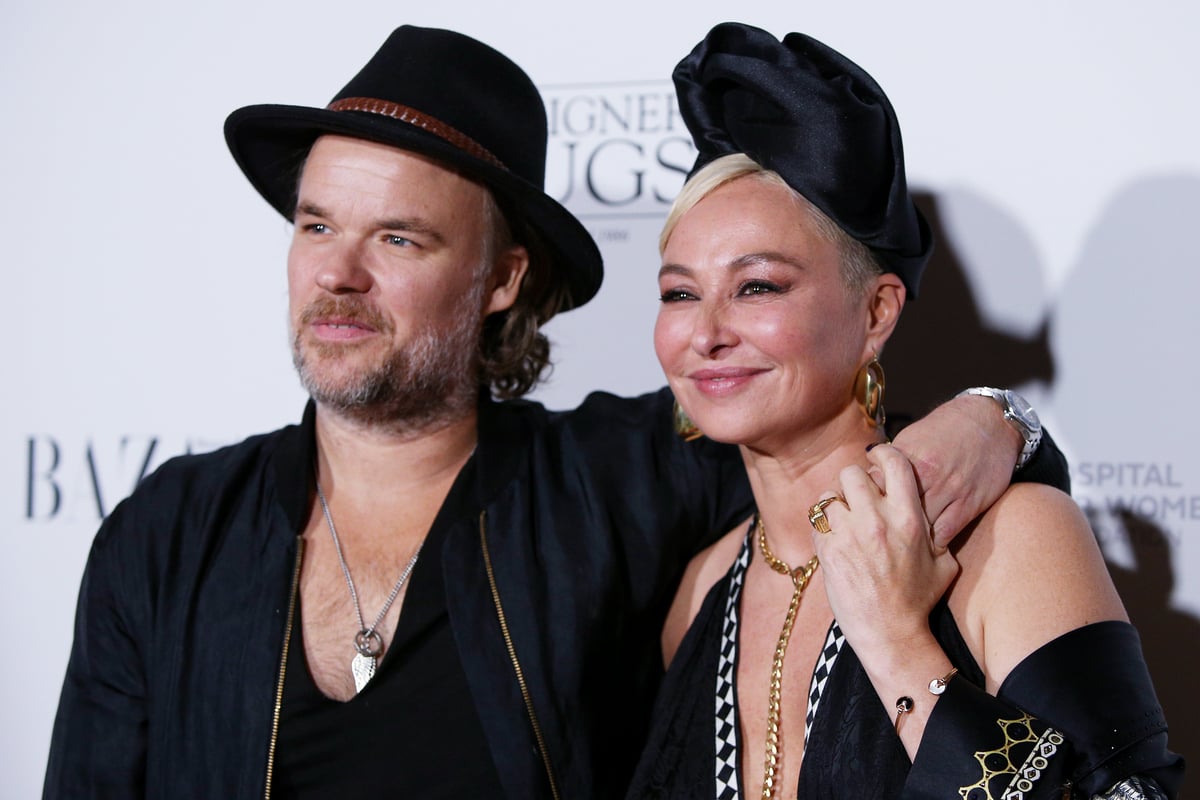 Franks' visa expired 2.5 — maybe three — years later, and she returned to Australia. For 18 years, they were apart, but still in occasional contact. In that time, Jones had a child with another woman.

"I found it really hard to forgive that, because we were still in contact and he was still saying, 'I love you. I'm going to spend the rest of my life with you. I'm your knight in shining armour,' and all of this bullshit," she said.

They didn't speak for several years until Jones reached out while Franks was in her rehabilitation period. He met her in Thailand, where she'd been on a meditation retreat.

"We pretty much spent a week talking through all the things that we'd done that had us triggered us. Because I know I'm not perfect. We're perfectly imperfect humans, and it's a perfectly imperfect relationship. And we had to just work out whether we were willing to truly forgive each other."

Franks is now stepmother to Jones' son and has a "really strong" relationship with the boy's mother.

"I said [to her], 'Look, I'd love to see us in 5-10 years' time being like Bruce Willis and Demi Moore (a famously close blended family),'" she said. "Only last year, she invited us for Christmas and New Year's and stuff. It's actually really beautiful."

Franks and Jones had a child of their own — daughter, Luna — in 2018, just months before Franks experienced yet another health battle: breast cancer.

Her treatment (which included chemotherapy and removal of her ovaries) meant that her dream of having another child won't come about via traditional means.

But she's recently started exploring other options, including surrogacy and adoption: "JP doesn't know that," she laughed.

Particularly in the last couple of years, the pair have spent large portions of time apart.

They split their time between Australia and Wales (where his son is), though her treatment and the pandemic have largely kept Franks in Australia.

In 2020, there was a period where they didn't see each other for six months, except on their nightly video calls.

"That was hard. When he came back into the house, it's like, 'Who's this foreign human being?' You have to navigate and find your way back again."

But hey, they've done it before.

To catch more of Camilla's chat with No Filter, listen below or via your favourite podcast app.