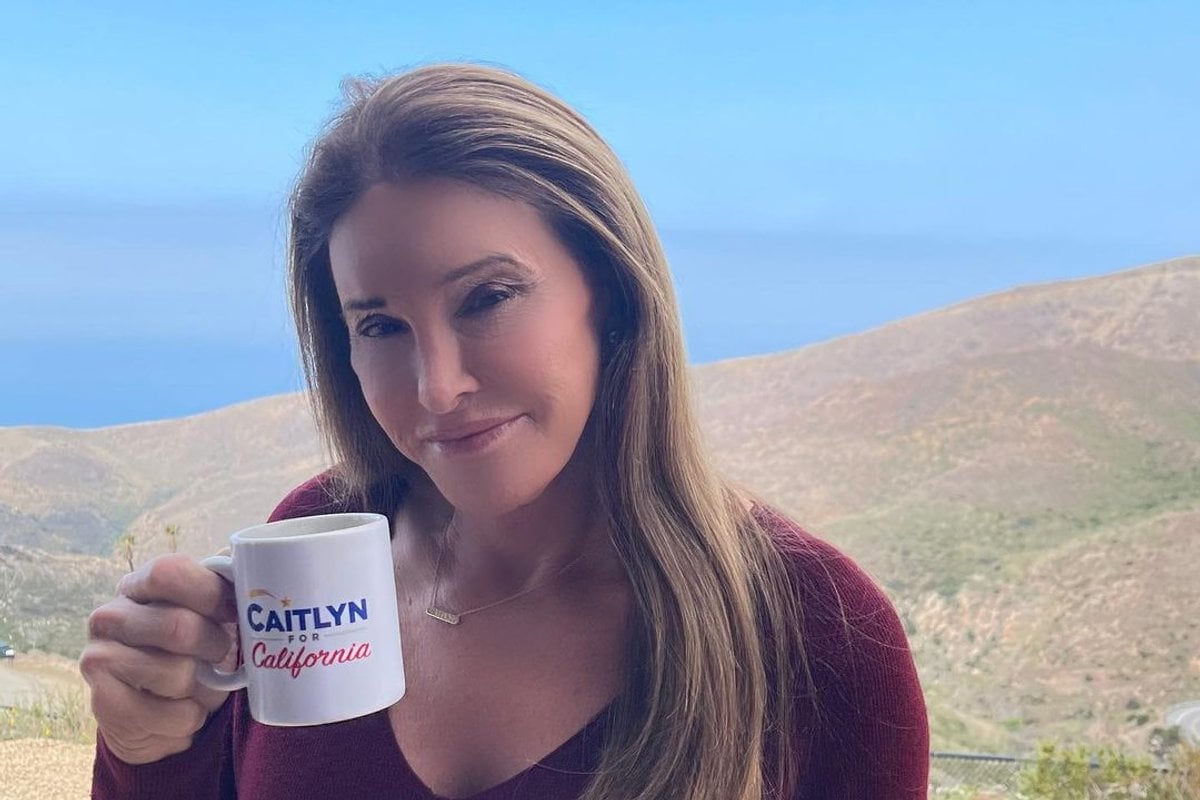 Caitlyn Jenner has had many different lives over the last 71 years.

She has been a record-breaking olympian, a reality tv celebrity, a transgender activist and now, a hopeful politician.

In late April, Jenner announced she will run for governor of California in the 2021 recall gubernatorial election as a Republican.

Jenner said in a statement posted on Twitter that she has filed initial paperwork to run for the post, saying "California is worth fighting for".

I’m in! California is worth fighting for. Visit https://t.co/a1SfOAMZQ3 to follow or donate today. #RecallNewsom pic.twitter.com/9yCck3KK4D

"For the past decade, we have seen the glimmer of the Golden State reduced by one-party rule that places politics over progress and special interests over people. Sacramento needs an honest leader with a clear vision," Jenner said in a statement announcing her 'Caitlyn for California' candidacy.

Her run would come nearly two decades after the ascendancy of Arnold Schwarzenegger, another Republican who used his Hollywood fame as a springboard to the state's highest office in a 2003 recall election.

As for her political opinions, the celebrity activist described herself as "economically conservative, socially progressive" in a People magazine interview last year. Jenner has previously shared that she voted for Donald Trump in 2016 but not in 2020 thanks to his stance on issues facing transgender people. Little is known about Jenner's positions on critical issues facing the state, from the coronavirus pandemic to managing the economy.

Now, Jenner - who is widely known from the television show Keeping Up with the Kardashians - has just come out with one of her opinions that many have described as "unexpected" and some have called "damaging".

During an interview with TMZ while on her morning coffee run on Saturday, Jenner expressed her position on trans people in sport.

"I oppose biological boys who are trans competing in girls sports in school,” she said. “It just isn’t fair, and we have to protect girls’ sports in our schools.”

On Twitter, Jenner doubled down on her stance, telling her 3.5 million followers: "I didn’t expect to get asked this on my Saturday morning coffee run, but I’m clear about where I stand. It’s an issue of fairness and we need to protect girls’ sports in our schools."

I didn’t expect to get asked this on my Saturday morning coffee run, but I’m clear about where I stand. It’s an issue of fairness and we need to protect girls’ sports in our schools.https://t.co/YODLDQ3csP

The comments triggered an onslaught of criticism from the trans community, with some calling her "a traitor".

"So we need to 'protect girls' sports' from other girls now? And fairness? Don’t you know how testosterone blockers work?" one woman asked.

"When you’re on hormones and or blockers, there is not an advantage," another said. "I ran track at the club level with college girls and trust me there is no advantage."

You are such a traitor @Caitlyn_Jenner
So we need to “protect girls sports”from other girls now? And fairness? Don’t you know how testosterone blockers work? https://t.co/JI35faSdbc

Cait... this ain’t it. When you’re on hormones and or blockers there is not an advantage. I ran track at the club level with college girls and trust me there is no advantage. I would have went pro if I was able to run the times I ran before hormones etc.

"Girls belong in girls sports. Trans girls are girls," another added to the conversation.

Girls belong in girls sports. Trans girls are girls. There is NO evidence of trans girls outperforming their cis peers. There is only evidence of them being harassed and harmed by their peers. Drop this, develop your hobbies and spend your time NOT doing harm to trans people.

However, other people thanked Jenner for her "honesty" in sharing her opinions.

The California election will likely be held in November this year, and no doubt we'll be hearing a lot more from the unlikely politician in the months to come.

Reply
Upvote
1 upvotes
Sure, all this does is split Republican votes. It’s just unfortunate that this is going to give people an excuse to fixate on non-issues like ‘threats to girls sports’. And ultimately, what a waste of time.

Reply
Upvote
1 upvotes
My pet hate is people thinking a person must think a certain way because they are a certain race or gender eg. blacks must vote democrat, transgender person must support transgender athletes. If you think this way, look at yourself, you are the one that is not allowing freedom of thought or speech, a very wrong place to be.