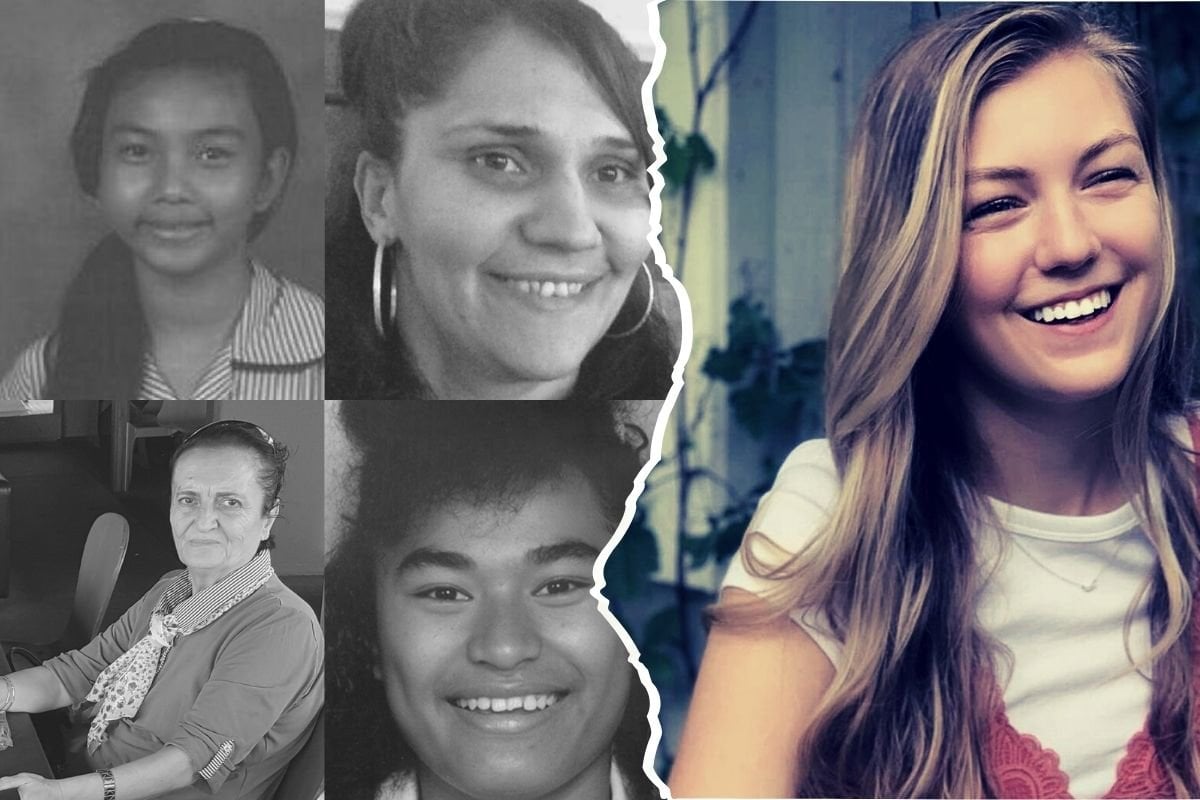 After 22-year-old American woman Gabby Peitito was reported missing on September 11, the world tuned in with interest.

International media were detailing the aspiring travel blogger's last-known movements; from the cross-country road trip she'd embarked upon with her fiancé, Brian Laundrie, back in July to Laundrie's arrival home in Florida without her earlier this month.

Headlines parroted every update. The altercation the couple reportedly had during a stop in Utah, and their subsequent encounter with police. Laundrie's refusal to cooperate with investigators searching for Gabby, and his recent disappearance.

Meanwhile, internet sleuths pored over police reports, social media posts and dashcam footage looking for clues to Gabby's whereabouts. One piece of footage taken by a family of travel bloggers captured Gabby and Brian's van on the edges of Wyoming's Bridger-Teton National Forest. That footage was handed to the FBI on September 18, and Gabby's body was located near that forest location the following day.

Listen: It’s the story that could be the plot of a movie, but at its centre is a real 22-year-old woman named Gabby Petito. Should we be careful about obsessing over true crime stories in real-time?

The international attention and scrutiny given to the 22-year-old's case is rare. It's the kind of exposure of which most missing persons' loved ones could only dream.

Even in his grief, even amid the ongoing search for his daughter's killer, Gabby's father Joseph Petito acknowledged that this week.

Here in Australia, for example, there were more than 51,000 missing persons reports made to police in 2020 alone. While the vast majority of cases are resolved, there remains more than 2,600 long-term missing persons — that is, those who've been missing for more than three months.

These are the stories of just four of those women. 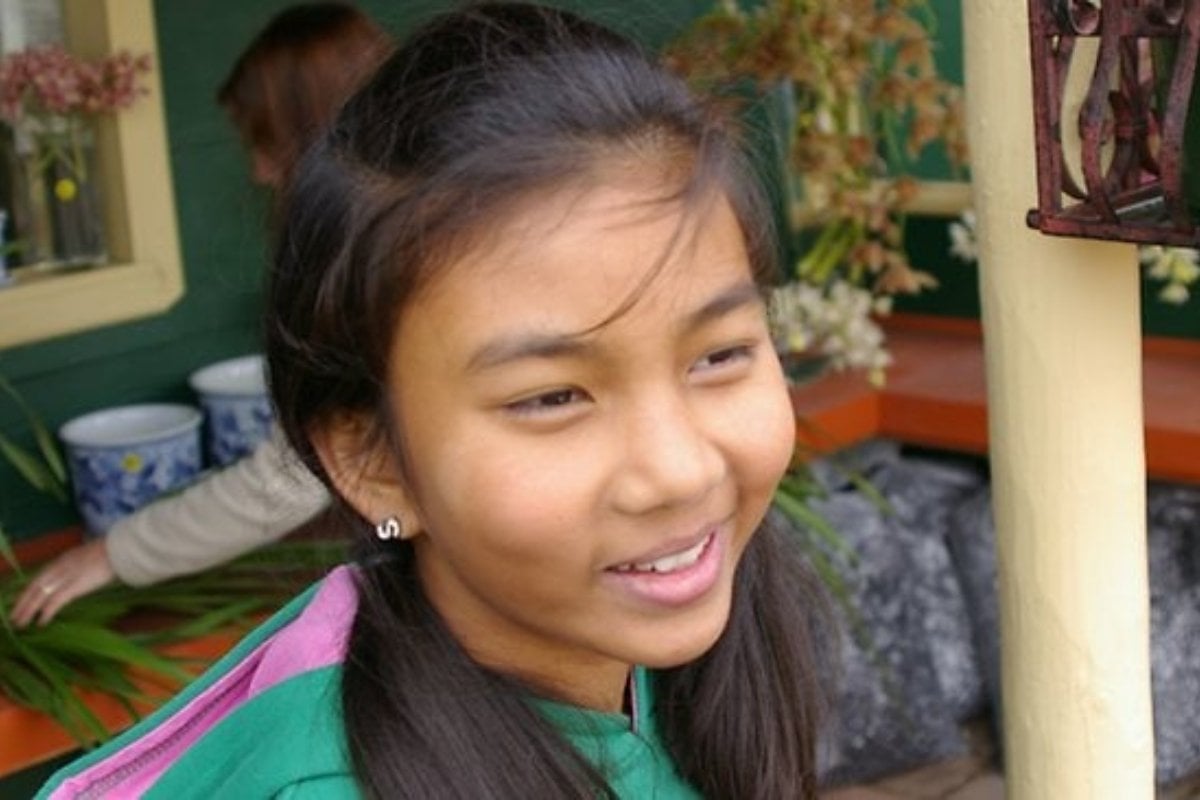 On the morning of June 2, 2011, Bung said goodbye to her parents and started out on her usual 10-minute walk to school from her Boronia home. She was dressed in her school uniform and was also wearing her dark blue zip-front school jacket and carrying a backpack.

When the enthusiastic, diligent student didn't arrive at school, her teachers assumed she was ill. When she didn't return home that afternoon, her parents started to panic.

Bung hasn't been seen or heard from since.

Her grieving mother moved back to Thailand, finding it too hard to live in the Melbourne home she'd shared with her missing daughter, but her stepfather remained.

"We want some sort of news, good or bad, we want to know," he told A Current Affair in 2019. "We still believe she is coming back one day. We'll see her again one day."

"We have never given up hope that, one day, we will be able to find out exactly what happened to Bung," he said. 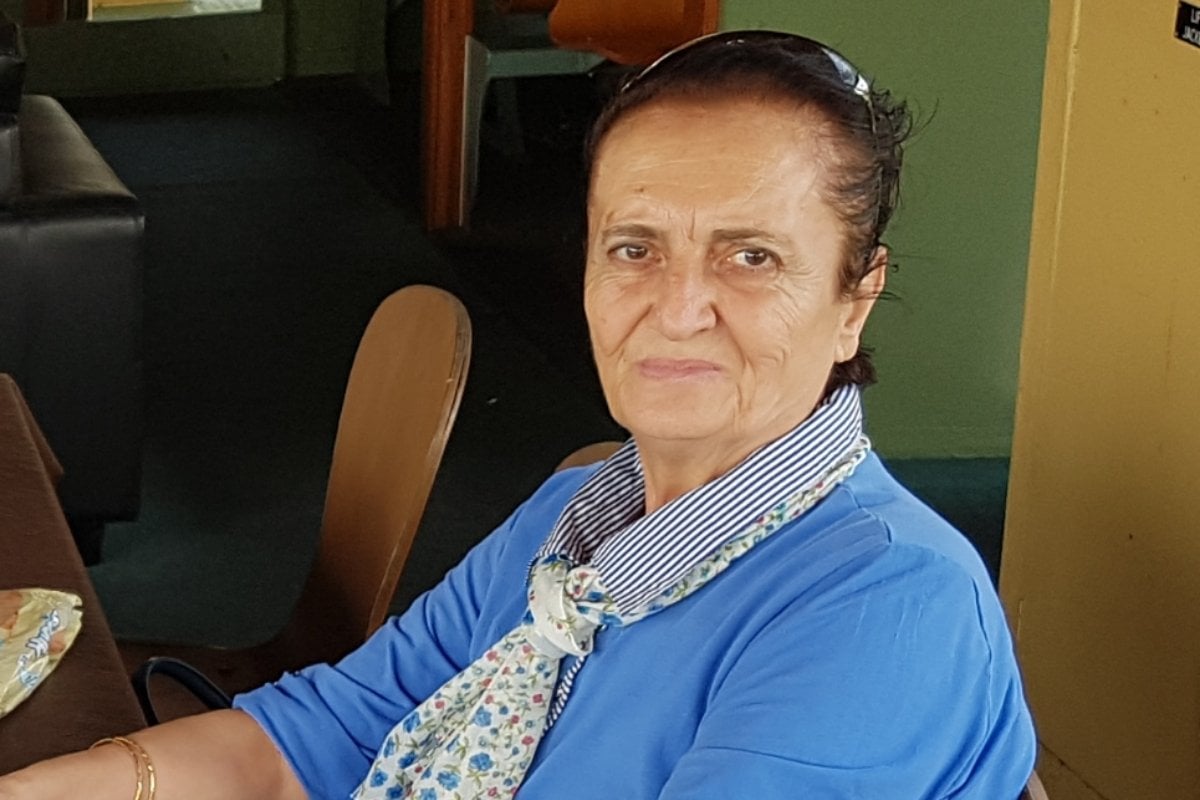 Nadire Sensoy was last seen near her home on Upwey Street, Prospect, on Thursday, December 6, 2018. Her relatives reported her missing the following Tuesday.

Police said that Nadire had earlier told a neighbour that she had been assaulted, but when officers attended her home, she was nowhere to be found.

A devoted mother to five, grandmother to 17 and great-grandmother to four, Nadire has been described by loved ones as a family-oriented person. Her daughter, Turkan Alagoz, said that she couldn't believe that her mother would willingly leave behind her family, friends and beloved community without letting anyone know.

"Mum’s lived in Prospect for more than 40 years and is well known and respected by all of her neighbours; with some even calling her 'aunty'," Turkan said.

"She always helps out where she can; whether that be driving them to and from the shops or passing on her baking treats.

"It’s been so difficult not knowing where mum is, and not being able to speak with her. Please, if you know where she is or have any information that can help police find her, I beg you to come forward."

Nadire's son, Selim Sensoy, was reportedly living with her and the time and had been named a person of interest in her disappearance.

The 44-year-old made headlines last year when he broke out of a minimum security prison in NSW, where he was serving time on stalking and assault charges. He was caught in January after eight months on the run and sentenced to a further 20 months behind bars. 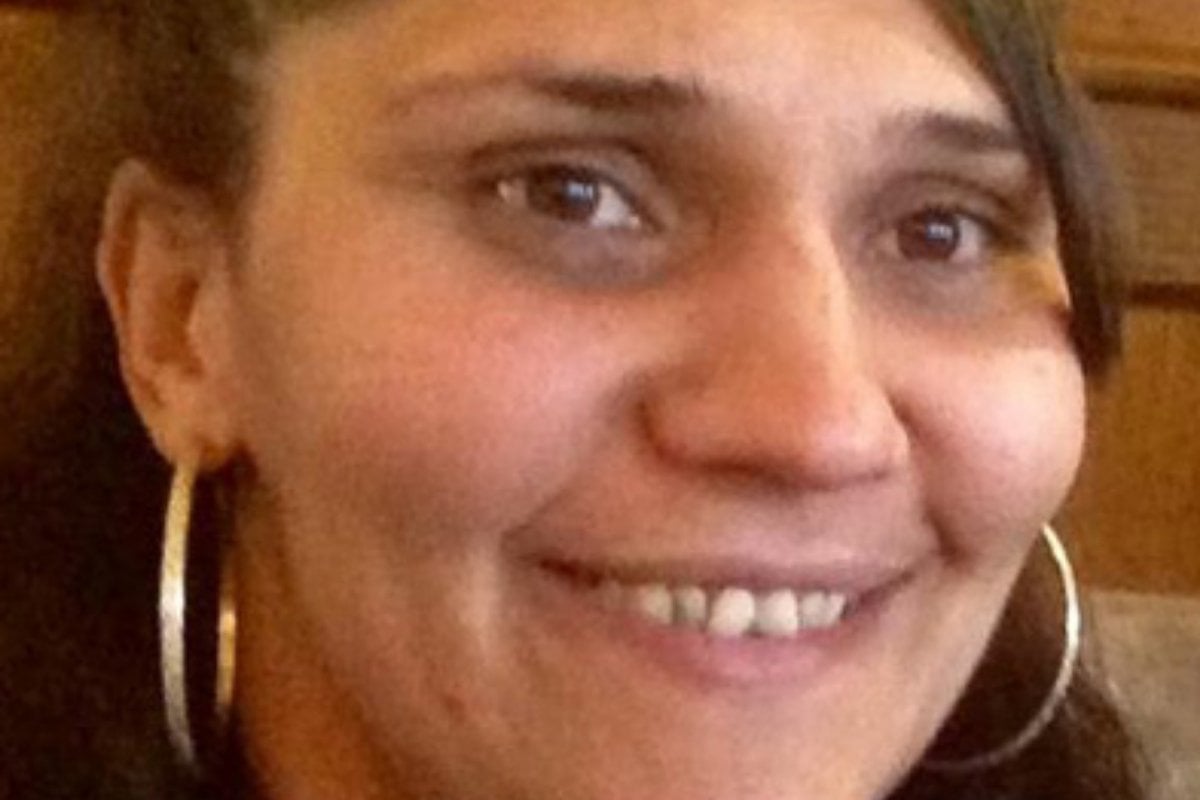 Perth mother of three Rebecca Hayward touched down in Alice Springs on New Year's Day 2017. It was her first trip to the central Australian town, where several members of her extended family lived.

That evening after dinner, she left her aunt's home in the suburb of Gillen saying she was going for a walk. She never returned.

Northern Territory Police said members of the public are believed to have seen her walking along the Stuart Highway the following morning, as far as 15km north of Alice Springs.

The group, doctors who were returning to town, reportedly offered her water and a lift, the latter of which she declined. According to their account, as reported by NT News, Rebecca seemed in fair spirits and happy to continue her journey.

In the words of Northern Territory Southern Serious Crime Squad Detective Tim Easthope, some time after that encounter Rebecca "disappeared without a trace".

While it was not unusual for Rebecca to take long walks, her disappearance baffled both police and members of her large Aboriginal family. Some suspect the loving mother met with foul play.

"We think something untoward happened to my sister; we think a third party was involved," Rebecca's brother, Eric Hayward Jr, told NT News.

“I don’t think it was targeted. I think she was in the wrong place at the wrong time and she was alone.

“She would have looked like someone in the wrong place.” 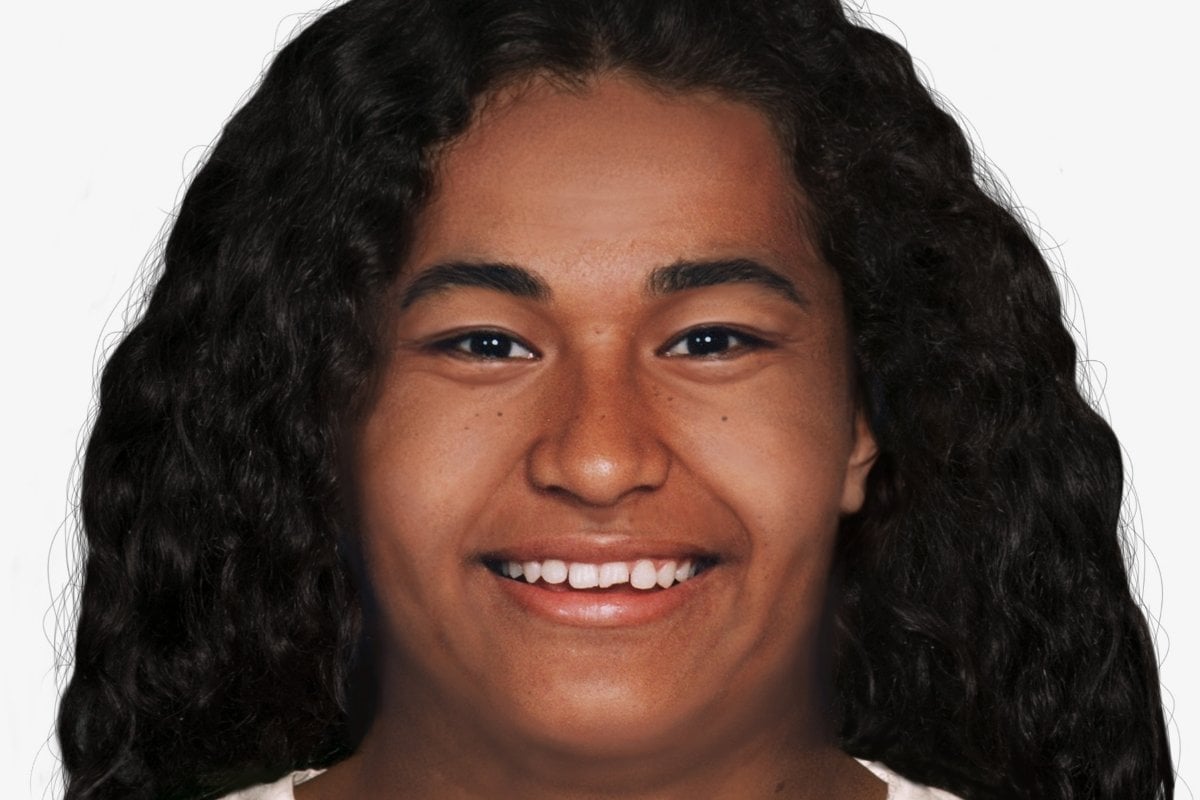 An age-progressed image of what Amelia may look like as an adult. Image: Australian Federal Police.

It should have been a night of celebration, of promise, but Amelia "Mia" Hausia left her high-school graduation party upset over a fight with her boyfriend.

The Tongan-Australian teen later scribbled a note for her family: "I went for a walk to have a good think about myself and not only me but everyone around me," it read.

Early the following morning, Amelia's cousin saw her walking near her grandparents' home, and four days later CCTV captured her at Woden Plaza. That is the last time she was seen. Although according to the Australian Federal Police, Amelia then phoned her birth mother in Tonga six months later "and stated that she was OK".

Speaking to the media in 2019, Amelia's mother, Mary Ann, said that while close to three decades had passed since Amelia's disappearance, it feels as thought time has stood still.

"We are always hopeful. We will be hopeful until the day we die," she said. "Wherever we go, we are always looking for Amelia. Amelia will always be in our lives and we will not stop looking for her."

Anyone with information is urged to contact Crime Stoppers on 1800 333 000 or crimestoppers.com.au. You can remain anonymous.