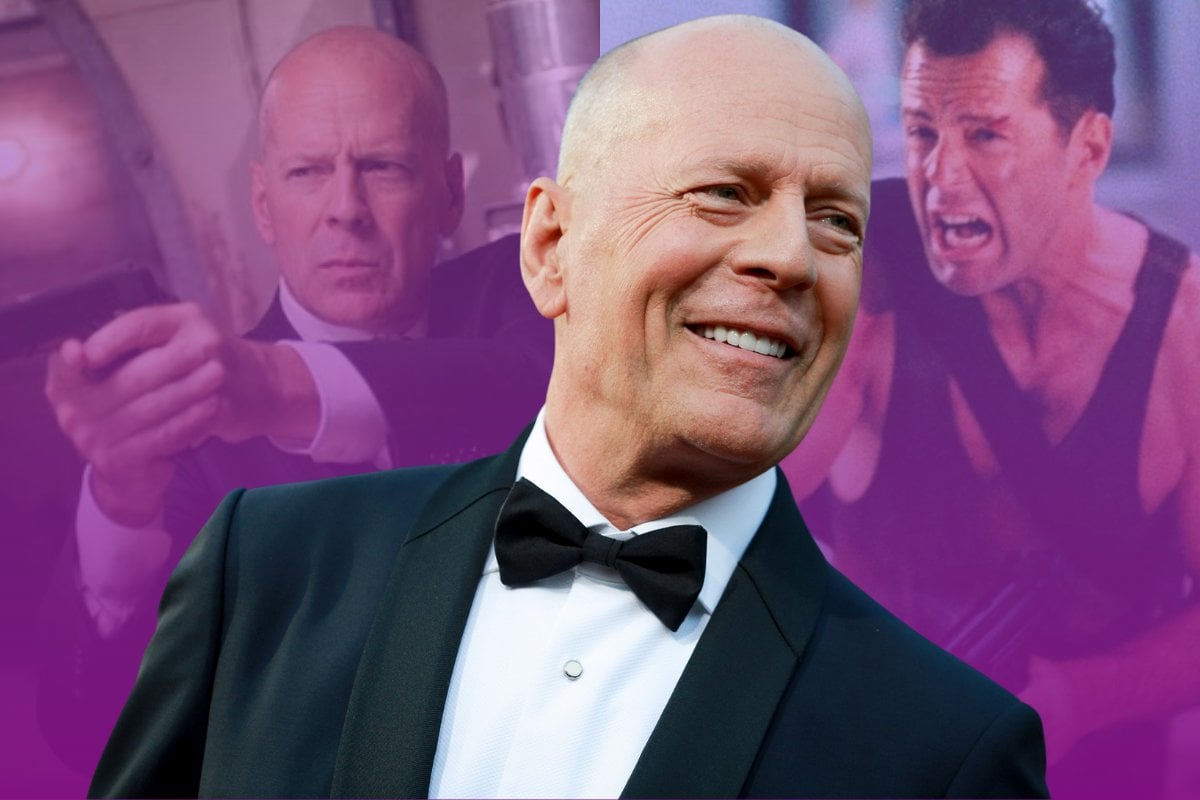 There's no denying that Bruce Willis is one of the biggest action stars of all time.

With his trademark smirk and rugged charm, the actor carved out a niche for himself as the witty, working-class action hero in an array of films over the past four decades.

Need a refresher? Watch the trailer for Die Hard here. Post continues below.

Bruce Willis started his career in the 1980s, primarily picking up small parts and guest appearances, appearing in Miami Vice and the 1980s Twilight Zone revival. His big break came in 1985 when he landed the lead role of David Addison Jr in the American comedy drama television series, Moonlighting.

The series ran for five seasons and Willis won an Emmy and a Golden Globe for his role. 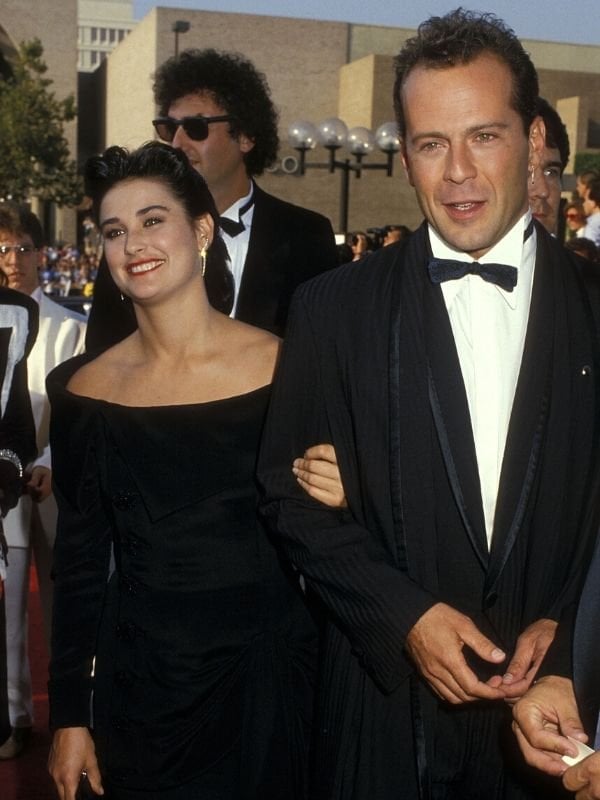 In 1988, the actor went from television actor to prolific action star with his role as New York City detective John McClane in the Die Hard franchise.

The first film was a major box-office success and Willis was paid $5 million for it - an amount almost no A-list actors (let alone a newcomer) received at that time.

Despite the paycheck, there were real dangers involved in starring in the lead role. 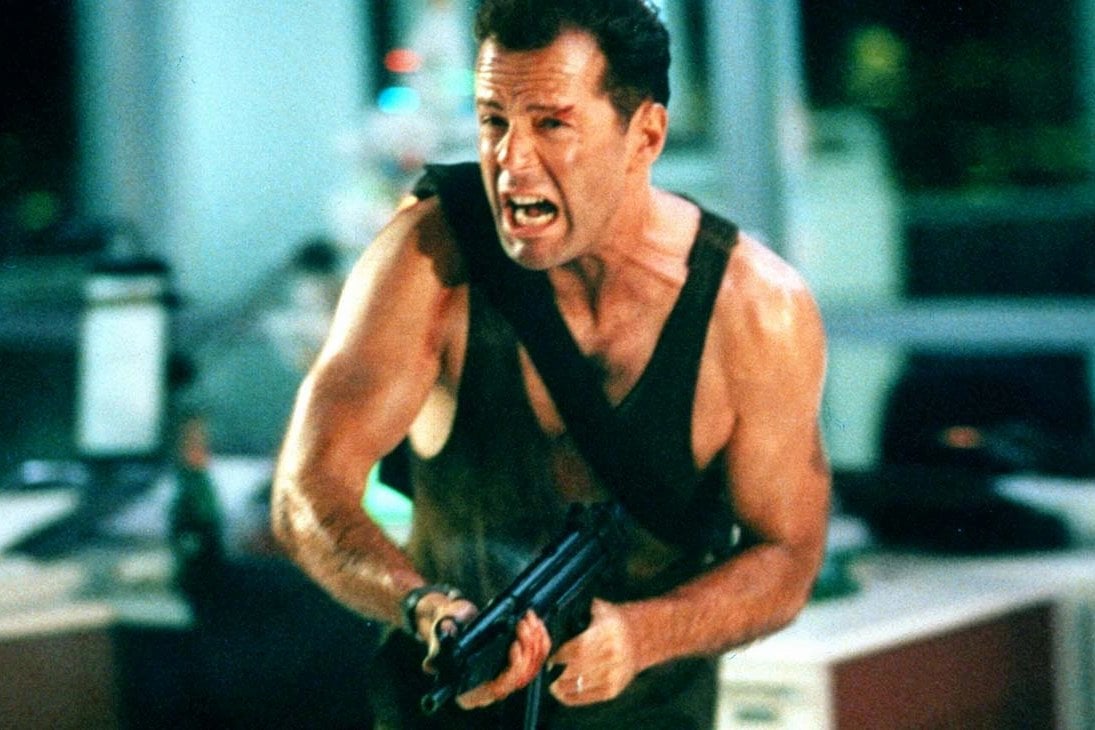 According to the actor, Willis suffers permanent hearing loss from a scene in the first movie.

"Due to an accident on the first Die Hard, I suffer two-thirds partial hearing loss in my left ear and have a tendency to say, 'Whaaa?'" he told The Guardian in 2007.

"I went to see him on set which turned out to be terrifying," she wrote in her memoir Inside Out.

"He nearly died jumping off a five-story garage, just making it onto the airbag below when he was blown off course by a scripted explosion. He laughed about it. I didn’t."

"No one ever knows when a film is going to take off. No one could predict this," Willis told USA Today while promoting the fifth and final instalment.

Three years after the hugely successful second film, there were talks that Willis' career wouldn't get any better than that. He was starring in "flops" The Bonfire of the Vanities, The Last Boy Scout and Hudson Hawk.

But in 1994, Willis' career was resurrected when Quentin Tarantino cast him in Pulp Fiction. 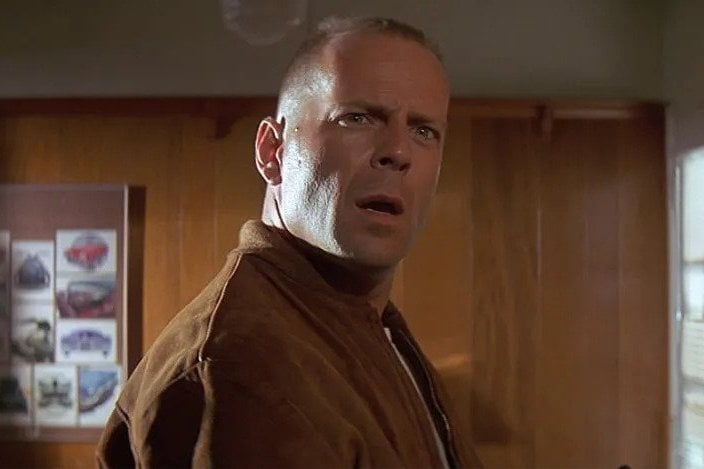 In the following years, Willis appeared in various lead roles in 12 Monkeys, The Fifth Element and M. Night Shyamalan's The Sixth Sense.

More action-packed hits followed too, including the third Die Hard instalment and Armageddon, which were the highest-grossing movies of 1995 and 1998, respectively.

At the same time his career was booming, Willis and Moore announced their separation but maintained a close co-parenting relationship.

"I still love Demi. We’re very close," he told Rolling Stone in 2000, the same year they finalised their divorce.

"We have three children whom we will continue to raise together, and we’re probably as close now as we ever were. We realise we have a lifelong commitment to our kids. Our friendship continues. The institution has been set aside," he added.

"It’s difficult to live your life and marriage under a magnifying glass, which is what happens to movie star couples." 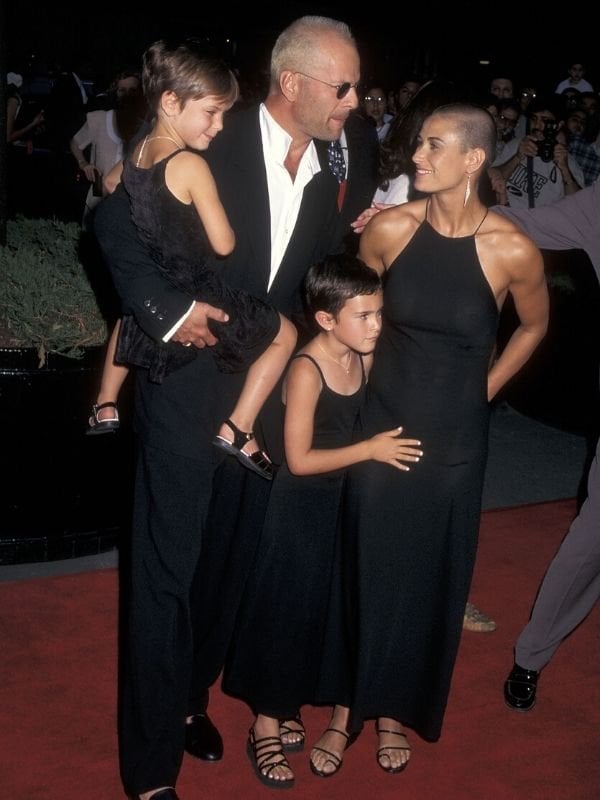 As his acting career continued, Bruce met his second wife, Emma Heming. The pair wed in 2009 and welcomed two daughters - Mabel and Evelyn.

"When we first met, I was surprised at how charming and how funny he was and extremely handsome," she recalled in a 2016 episode of People’s List. "That was my first thought of you."

"I was already in love with her," Willis added. 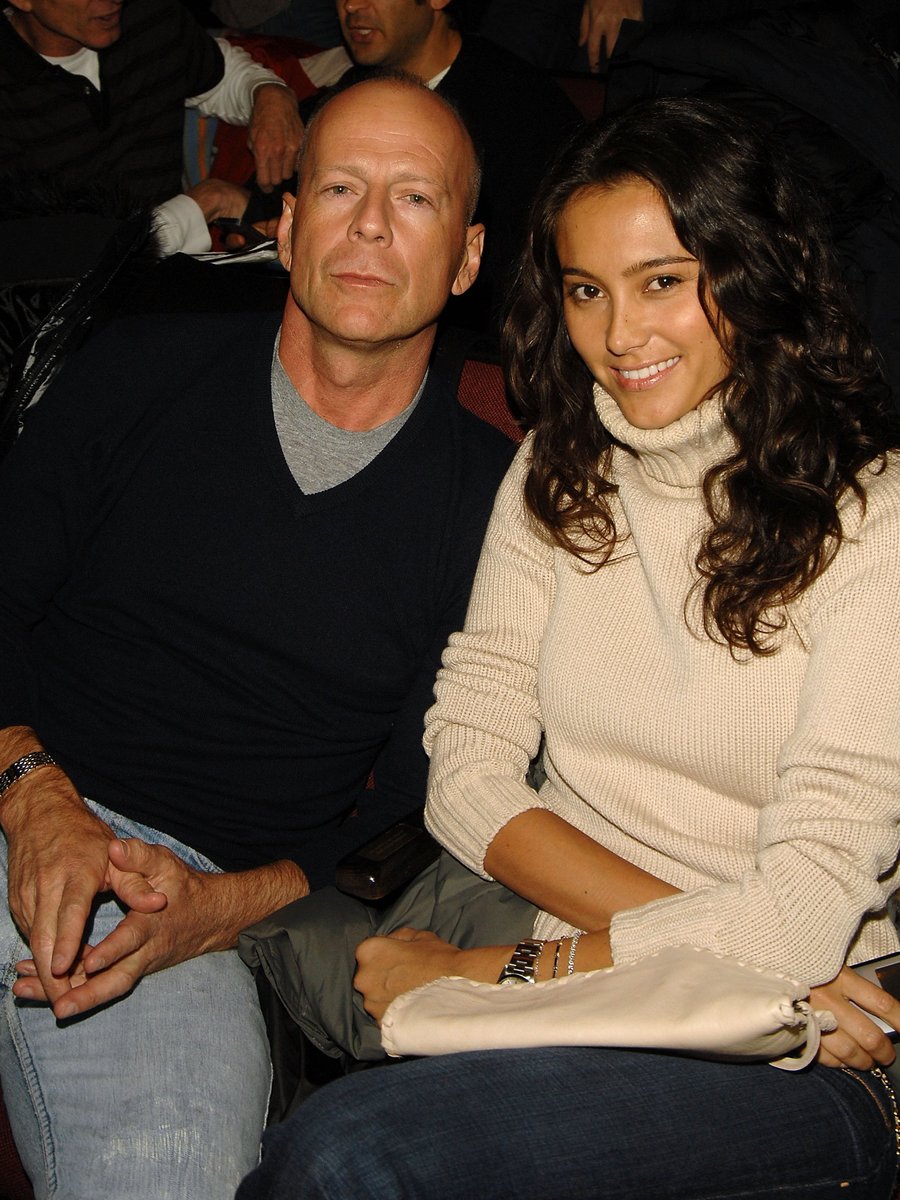 Despite being known for his leading roles in action films, the actor also carved out a substantial niche in animations, voicing characters in Rugrats Go Wild, Over the Hedge, and Hammy's Boomerang Adventure.

He has also made three albums as a singer and starred in multiple stage productions, making his Broadway debut in 2015 with a revival of Misery.

In recent years, Willis has continued acting, playing similar hard-edge characters in films including Red and The Expendables. From 2012, with an exception of a few, almost all of his films have gone direct-to-video.

This week, a joint statement was posted on his family's social media accounts, explaining that the actor has been diagnosed with aphasia, a language disorder that has hampered his "cognitive abilities".

"To Bruce’s amazing supporters, as a family we wanted to share that our beloved Bruce has been experiencing some health issues and has recently been diagnosed with aphasia, which is impacting his cognitive abilities," the statement read.

"As a result of this and with much consideration Bruce is stepping away from the career that has meant so much to him.

"This is a really challenging time for our family and we are so appreciative of your continued love, compassion and support. We are moving through this as a strong family unit, and wanted to bring his fans in because we know how much he means to you, as you do to him.

"As Bruce always says, 'Live it up' and together we plan to do just that."

Despite stepping away, three of his films have already been released this year and a further eight complete films starring the actor are currently set for release in 2022 and 2023.

In 2007, Willis was asked how he wants to be remembered.

He responded: "As a guy who didn’t always succeed, but who tried as hard as he could to do the best job that he could."