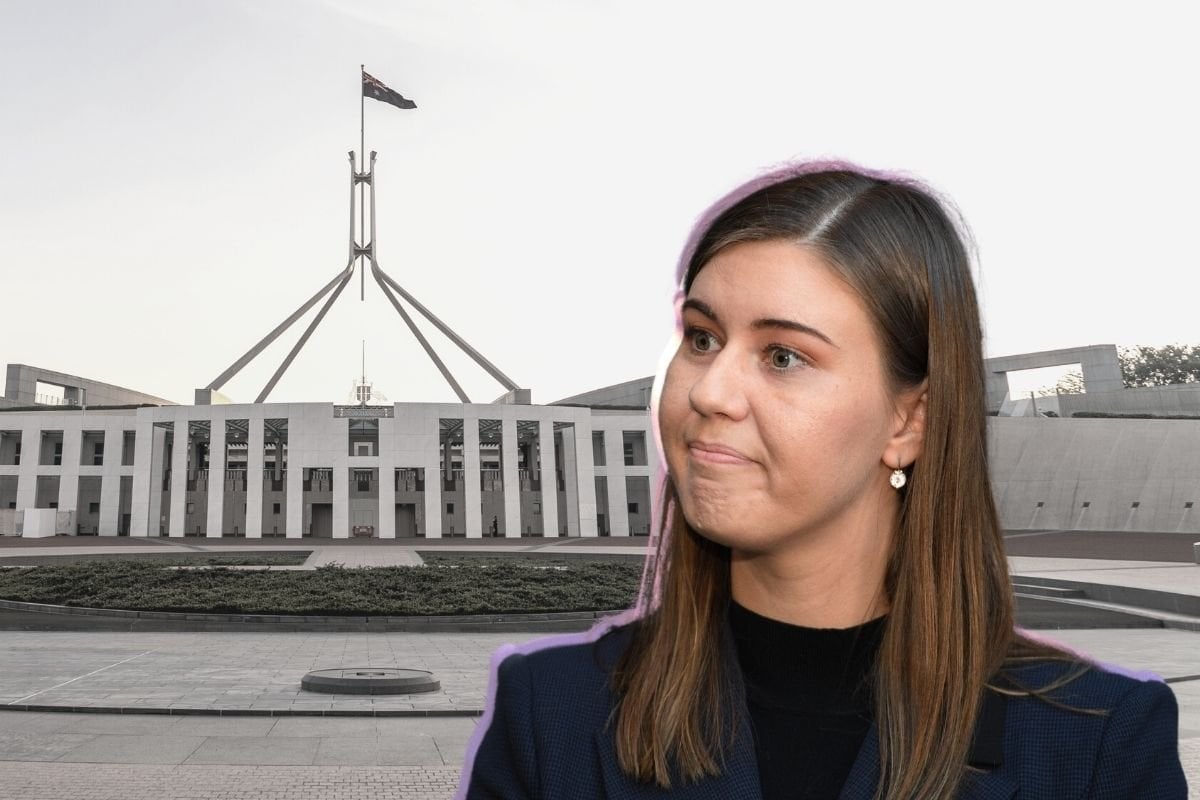 The time it takes to make and drink your morning cup of coffee, perhaps.

Or the time it takes to watch Parliament House's new mandatory video designed to train staff on how to better handle 'serious incidents' within its walls.

It's hardly a big commitment.

In fact, given it was made in response to the allegation that Brittany Higgins was sexually assaulted inside that very workplace in 2019, it sounds like essential viewing.

And yet, only one of the top-ranking bureaucrats in charge of federal parliament actually watched it before it was distributed to the 180-odd staff on the ground.

It was distributed on Friday after being signed off by The Department of Parliamentary Services, with 80 people completing it so far. But during a Senate estimates hearing on Monday, we found out that neither the DPS secretary Robert Stefanic or his deputy, Cate Saunders, bothered to give it a watch before giving it the go-ahead.

“Training has very recently commenced. Once staff have completed the training, they will need to send an acknowledgment form to say that they've done it so that we have a record of that,” Ms Saunders told Senate estimates.

Both Saunders and Stefanic admitted their failure to consume it when they couldn't answer how long the mandatory task actually took to complete.

“So, you don’t know whether it’s a 20-minute video or an hour video?” Senator Gallagher pressed.

“I don‘t, but I will find that out for you,” Ms Saunders responded.

"But you're in charge of it. It just seems odd that you wouldn’t have watched the video yourself," was Ms Gallagher's reply.

Asked if anyone in the DPS executive had completed the training, the hearing was told that the assistant secretary, Leanne Tunningley, had viewed and signed off on the video.

So one person in the Parliamentary Services executive team. A single person.

"I just thought something like this that has come out of the whole Ms Higgins saga, maybe the secretary and deputy secretary would have watched the video that they are now asking 180 staff to complete," said Ms Gallagher.

"I don't want to leave you with the impression that we're not taking this seriously," Mr Stefanic told her.

"We've dedicated, I think I could confidently say, hundreds of hours into ensuring that our policies and processes are robust and that we have made improvements.

"I wouldn't characterise not having seen the video as being not concerned about the seriousness of this," he continued.

He reiterated that the video was a visual aid for written training material over which executives had oversight.

But that's not really the point.

We know the night Higgins was allegedly raped she and her alleged rapist were let in by security staff at around 2am. Even after finding her naked on a lounge at 4:20am, a guard shut the door and went back to their duties.

This new training is designed to help staff pick up on 'serious incidents,' including people appearing to be affected by alcohol or drugs, with factors including being visibly distressed, undressed, engaging in sexual behaviour, or victim to verbal or physical abuse.

As the country waits for tangible change to correct procedures that failed to assist Ms Higgins, it'd be nice if the supposed 'fixes' were seen as a priority to those in charge.

What kind of message does it send if you force your staff to consume something that you haven't deemed important enough to watch yourself?

As Higgins herself posted on Twitter on Monday night, "While Parliament creating a ‘serious incidents protocol’ is a positive step, it’s really difficult to see how flippantly they continue to regard their duty of care to staff.

"By continuing to trivialise these issues in their own workplace, it’s hard to see the Government as an exemplar or even as a serious authority — in protecting vulnerable Australian workers from systemic workplace abuse."

By continuing to trivialise these issues in their own workplace, it’s hard to see the
Government as an exemplar or even as a serious authority - in protecting vulnerable Australian workers from systemic workplace abuse. (3/3)

It's become clear that Parliament House has a 'women problem.'

Last year as Higgins' allegations were made public, it was the final straw that sent women marching into the streets demanding safety, change and consequences.

But the government keeps showing us they're all about change that makes them look good. They don't care as much about the fine detail.

Last week, Australian of the Year, Grace Tame — who is the very person who has been keeping this topic front and centre of public discussion — found out live on the ABC about the new plan.

Asked whether she had been involved in the drafting of the strategy, Ms Tame said: "No."

To be absolutely clear, last Friday 22/10 I was asked if I’d been involved in the Strategy’s drafting live on air. I had not. I have not written, seen or approved any official documents. They didn’t proactively engage me.
To suggest otherwise is disingenuous and misleading.

The same happened at the Morrison government's Women's Safety Summit in July.

The only reason Brittany Higgins was there, was because the ACT Government and the Victims of Crime Commission stepped in to have her invited.

Of the 55 recommendations, only seven were adopted in full, and they stopped short of key changes to the Sex Discrimination Act, which would have seen a positive duty to take reasonable and proportionate measures to eliminate sexual harassment.

"It just doesn't seem like people are taking it seriously," Labor senator Katy Gallagher said on Monday in regards to the training video.

It's a poignant line.

Because if the government actually cared, they'd invite the key players to the table.

They'd introduce all 55 recommendations that have been custom-designed to dismantle the decades of misogynistic, sexist and abusive behaviours that have been able to exist in Parliament House unchecked.

At the very least, you'd think the people in charge of rolling out staff training could spare 13 minutes of their own time.

So why does it all continue to feel like a box-ticking exercise?