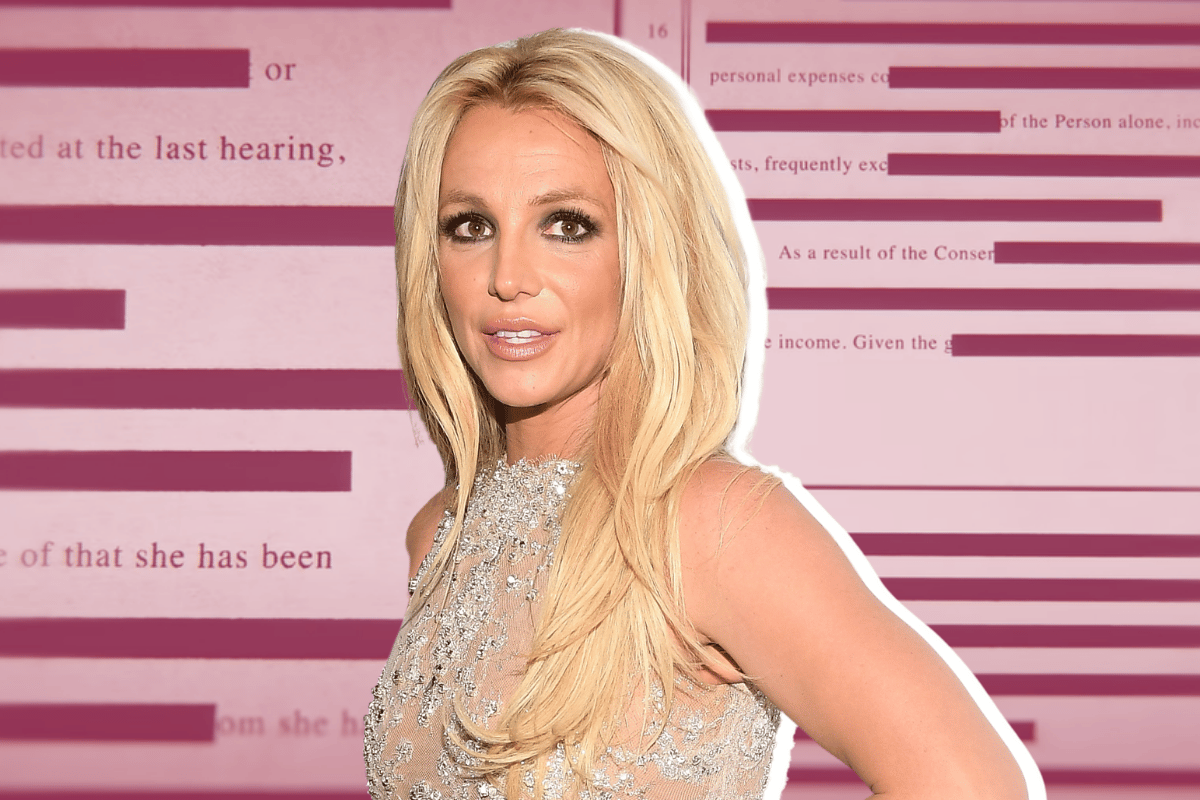 It's been seven months since Framing Britney Spears got the whole world talking. And now a new documentary diving into the singer's life is about to drop on Netflix.

The 94-minute tell-all documentary, Britney vs Spears, will explore Britney Spears' public and private battle surrounding her 13 year conservatorship, which started when her father, Jamie Spears, filed for a temporary conservatorship over her estate in 2008, alongside attorney Andrew Wallet.

The documentary, which includes new interviews and a leaked "confidential report", will premiere next week ahead of the 39-year-old's next conservatorship hearing.

Watch the trailer for Britney vs Spears. Post continues below.

Here's everything we know about Netflix's new Britney vs Spears documentary.

When is the Britney vs Spears release date?

Britney vs Spears will drop on Netflix in Australia on Tuesday, September 28 at 5:00pm.

For those keeping track of the singer's conservatorship battle, that's the day before the hearing which could decide whether her father is removed from her conservatorship.

What is Britney vs Spears about?

The documentary, which has been in the works for over a year, will tell "the explosive story of Britney’s life and her public and private search for freedom".

Directed by filmmaker Erin Lee Carr, Britney vs Spears will take a look at the singer's rise to fame, painting a "portrait of the pop star’s trajectory from girl next door to a woman trapped by fame and family and her own legal status".

The documentary will also include audio recordings from Spears herself.

In the trailer, we hear a voiceover of the singer's testimony at the Los Angeles Superior Courthouse in June, where she addressed the court for the first time publicly.

"I just want my life back," Spears is heard saying in the trailer.

"I’ve worked my whole life... I don’t owe these people anything."

We also know what the documentary won't include. Carr confirmed that the film will not feature 'traumatic images' that Spears has privately called out in the past.

"I specifically made the creative decision that we were not going to utilise the same imagery that she has said before is traumatising," Carr told the Los Angeles Times.

"The incidents that happened in 2007 during one of the episodes at the hospital — you're never going to see those."

What will learn from Britney vs Spears?

"Text messages and a voicemail as well as new interviews with key players make clear what Britney herself has attested: the full story has yet to be told," Netflix said in the press release.

We can also expect to hear a voicemail that Spears sent to a lawyer just after midnight on January 21, 2009.

"Hi my name is Britney Spears, I called you earlier," the singer says in a clip shared by Netflix last week.

The trailer also teased new information would come to light from a leaked confidential report.

"Someone very close to the conservatorship, leaked me this confidential report," a voice says in the trailer.

Britney vs Spears is available to watch on Netflix on September 28.