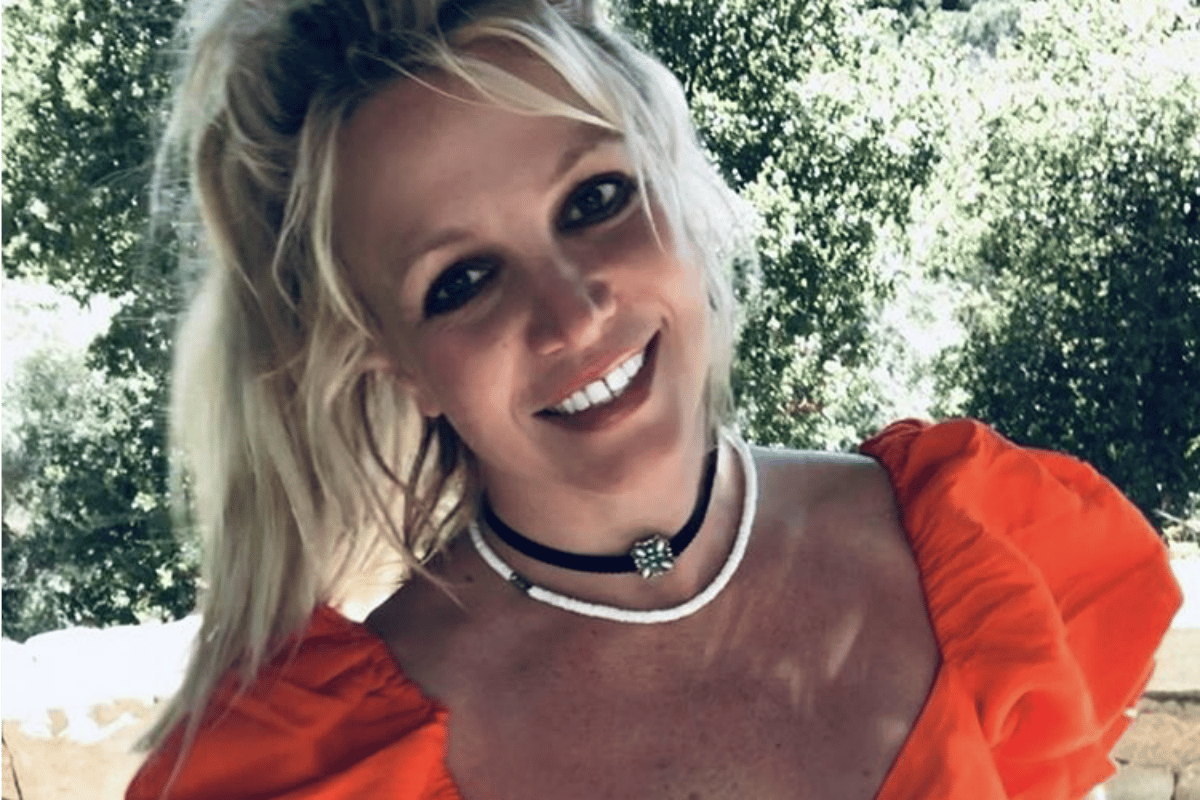 When something is taking place in front of 25 million people, it's difficult to pretend it isn't.

Singer, song-writer and actress Britney Spears, 38, is posting regularly to Instagram from her home in Los Angeles. In the last few weeks, she's shared videos where she doesn't speak, pacing back and forwards, in and out of shot for more than a minute, and another where she says, "To all my friends at the LGBTQ community, happy Pride Month. You guys bring so much heart, passion and articulate to everything you do..."

HOLY HOLY CRAP 😍 !!!!!! My florist surprised me today by making the flower arrangement all different colors 💐💐💐💐  ….. I was so excited I threw on my favorite yellow shirt and just had to SHARE 🌸🌸🌸⭐️⭐️⭐️ !!!!

Her posts have attracted tens of thousands of comments, many with the hashtag #FreeBritney. More on that in a moment.

The consensus appears to be that Spears is behaving unusually. To pretend that she isn't would surely be irresponsible.

This wouldn't be the first time a celebrity has exhibited eccentric or curious behaviour, only for us to discover years later that their actions were a cry for help.

The question therefore becomes: What are we, the bystanders, meant to do about it?

In 2007 when Spears had a very public mental health crisis, she became a cultural punchline. Pictures of her shaved head, or the then 26-year-old attacking a car with an umbrella, were accompanied by the words 'crazy', 'madness' and 'rock bottom'. We bought the magazines that mocked her and laughed at the jokes that ridiculed her. We did the same with Winehouse. And then when her documentary Amy was released in 2015, following her death in 2011, we felt collective guilt that we hadn't been more concerned.

Some commentators have pointed to the obvious problems with diagnosing Spears with any sort of mental health condition based on a handful of Instagram videos. Others are echoing the words of Chris Crocker, who plead to the Internet in 2007 that we all just "leave Britney alone".

But surely there is space between diagnosing someone with a mental illness and ignoring them. Let's call it empathy.

This is what we know about Spears' life right now. For 12 years, her father has been her conservator, which is essentially a legal guardian. She cannot do the following without his permission; drive, get married, have kids, spend money, see how her money is being spent, have any control over her career, go shopping, go for a walk, or have custody of her two children.

Allegedly, this is due to early onset dementia she began experiencing in her twenties.

If this is the case - which it very well might be, none of us have access to her medical records - then a conservatorship makes sense. A conservator is appointed in instances where a person is incapable of making rational decisions in their own best interests, such as people with dementia or with an intellectual disability.

While Spears has been deemed unable to make rational decisions, she's written, released and promoted four new albums, which have made hundreds of millions of dollars. She's done three worldwide tours, a four year Las Vegas residency, released perfumes and a lingerie line, as well as working as a full-time judge on X Factor.

It is upon this backdrop that the #FreeBritney movement has gained momentum.

We discussed the #FreeBritney movement on last week's episode of Mamamia Out Loud. Post continues below.

Spears has hired her own lawyers multiple times in an attempt to free herself from the conservatorship, a position her mother supports. Several high profile celebrities who have worked closely with Spears have also voiced their concerns, including Paris Hilton, Taryn Manning, Ariel Winter and Miley Cyrus.

Theories have appeared online that Spears is sharing secret messages in her Instagram videos, or wearing certain colours to signal that she's 'trapped'. Fierce debate has emerged online about whether or not Spears needs 'freeing' and the answer is likely complex.

But we do know that Spears is a woman who has been in and out of rehab. She has experienced mental health crises in the past, including last year. Rather than looking away, it might be worth looking more closely.

Perhaps we ought to look more closely at the paparazzi economy, who have followed her into public restrooms, and photographed her inside an ambulance while being rushed to hospital. When a photographer asked her why she shaved her head, she famously replied: "Because of you."

Perhaps we ought to look more closely at the price of fame. At what happens when a person becomes a brand. A commodity. A piece of capital, exchanged and profited off, by hundreds of others.

Perhaps we ought to look more closely at what we value, and where that left an 11-year-old girl cast on The Mikey Mouse Club before she even knew what it meant to be on television.

And perhaps we ought to look more closely at our own friends - the people we interact with online - who are exhibiting unusual behaviour. The family member who publishes a Facebook status that could be read as a plea for help. Or a late night video shared by a colleague that is unintelligible.

There is an answer to the question: What are you meant to do? And it's not to leave them alone.

Psychologist for Lysn Noosha Anzab tells Mamamia that if someone's behaviour seems erratic, out of character, or even a cry for attention, then there is likely something deeper at play.

"Reach out and gently explore what it is that is going on for them, and be sure to try your best to remain judgement free. Explore with open-ended questions, offering support instead of concern - an approach such as 'I'm just checking in to see how things are going, how you are travelling along or how you are coping with things at the moment'. Try to validate their journey and actively listen, ensuring you don't point out flaws and/or label their behaviour. Instead, be open, and let them know that you are available for support and try to shed light on some resources that are available to help them if there really is a crisis. The aim is to ensure you reach out just enough so they understand they aren't alone, provide support and allow them to feel comfortable to turn to you if they need to. Avoid having the conversation when tensions are high, such as when they may be highly emotionally distressed, or in direct reaction to something they've done," Anzab says.

Of course, it's unrealistic to extend this advice to Britney Spears, with her 25 million Instagram followers. But the sentiment still stands.

There is a conversation to be had about Spears that looks nothing at all like the harmful discourse that emerged in 2007.

The answer isn't to ignore her. It's to think just a little more deeply.

Reply
Upvote
Why aren't her other relatives or friends investigating whats going on here, for eg: like her sister they seem close, her mother doesn't have a say, I have seen some of her video's on Instagram and didn't she burn down her home gym, I feel a lot of empathy for whatever she may be going through, she has a boyfriend too surely he can help in some way, I really don't get it and if she does have a mental illness wouldn't she be on medication.
News
General
Opinion
True Crime
Politics
Sport
Explainer
Entertainment
Celebrity
Reality TV
Movies
TV
Books
Rogue
Royal
Lifestyle
Beauty
Fashion
Weddings
Home
Wellness
Health
Fitness
Travel
Food
Parents
Before The Bump
Pregnancy
Baby
Kids
Teens
School
Parent Opinion
Work & Money
Money
Finance
Career
Lady Startup
Relationships
Sex
Dating
Separation
Friendship
Family
Real Life
Couples