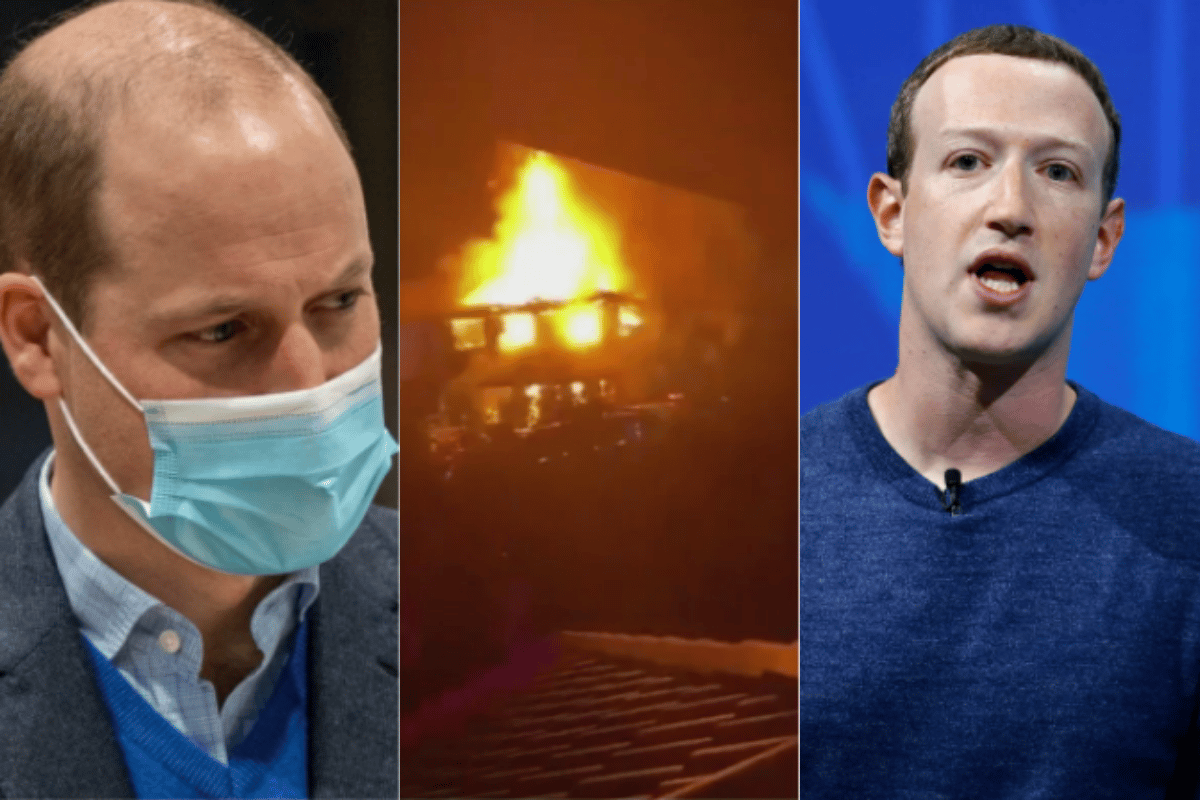 Facebook is set to reverse its ban on Australian news sites "in the coming days" after reaching an agreement with the federal government.

"We’re pleased that we’ve been able to reach an agreement with the Australian government and appreciate the constructive discussions we’ve had with Treasurer Frydenberg and Minister Fletcher over the past week," Facebook said in a statement.

"After further discussions, we are satisfied that the Australian government has agreed to a number of changes and guarantees that address our core concerns about allowing commercial deals that recognise the value our platform provides to publishers relative to the value we receive from them."

"As a result of these changes, we can now work to further our investment in public interest journalism and restore news on Facebook for Australians in the coming days."

The news comes after Facebook followed through on its threat to ban Australians sharing news on its platform in response to a proposed media bargaining code.

As of Thursday February 18, Australian users and publishers were restricted from viewing or sharing domestic and international news, with overseas users also unable to access Australian news content.

Forensics are underway to confirm whether two bodies discovered after a suspicious unit fire south of Brisbane are a woman and her former partner.

Flames consumed the Browns Plains unit on Monday morning where a 49-year-old woman was trapped inside, with neighbours telling 9News they heard "a lady screaming out for help... it was a terrifying scream."

#BREAKING: Police have confirmed that two bodies have been found after a suspicious unit fire south of Brisbane. #9Today pic.twitter.com/psKmtbsT1X

Police believe the woman's former partner, a 49-year-old man, gained entry to the home just before 4am Monday, with the entire unit gutted by fire.

A silver ute, believed to belong to the man, was towed from a nearby shopping centre and a second crime scene has been established.

Chief Superintendent Brian Swan said the pair were previously in a relationship and a domestic violence order was issued by the Beenleigh Magistrates Court in recent weeks.

The same former Liberal Party staffer accused of sexual assault of three women had been accused of sexual harassment by a fourth woman, as questions mount over the Morrison government's handling of the first rape allegation.

Three women have come forward after Brittany Higgins alleged she was raped by the man, who was a fellow ministerial adviser, in 2019.

The ABC reports the latest alleged victim made a formal report at a police station in Canberra on Sunday, alleging that the same man reached under a table and touched her thigh in 2017.

Defence Minister Linda Reynolds is under intense pressure over how she handled Higgins' allegation, made when she was employed by her.

In Question Time, Senator Reynolds refused to answer a series of questions about a meeting with a federal police assistant commissioner about the alleged rape.

Prime Minister Scott Morrison is maintaining his staff didn't tell him about the allegation until days after media raised questions with his office.

Greens leader Adam Bandt asked if the man accused of the assaults held a lobbyist pass or attended parliament after being sacked as a ministerial adviser.

The Prime Minister said records would be checked.

The US Supreme Court has paved the way for a New York City prosecutor to obtain former president Donald Trump's tax returns and other financial records as part of a criminal investigation in a blow to his quest to conceal details of his finances.

The justices without comment rebuffed Trump's request to put on hold an October 7 lower court ruling directing the former Republican president's long-time accounting firm, Mazars USA, to comply with a subpoena to turn over the materials to a grand jury convened by Manhattan District Attorney Cyrus Vance, a Democrat.

"The work continues," Vance said in a statement issued after the court's action.

The Supreme Court paved the way for a New York City prosecutor to obtain Donald Trump’s tax returns and other financial records as part of a criminal investigation, a blow to his quest to conceal details of his finances https://t.co/H0pZO80udC

Vance had previously said in a letter to Trump's lawyers that his office would be free to immediately enforce the subpoena if the justices rejected Trump's request.

Unlike all other recent US presidents, Trump refused during his four years in office to make his tax returns public. The data could provide details on his wealth and the activities of his family real estate company, the Trump Organization.

Mr Trump reacted to the Supreme Court’s decision with a lengthy statement that began, "This investigation is a continuation of the greatest political witch hunt in the history of our country.

“Whether it was the never-ending $32 million Mueller Hoax, which already investigated everything that could possibly be investigated, ‘Russia, Russia, Russia,’ where there was a finding of ‘No Collusion’, or two ridiculous ‘Crazy Nancy’ inspired impeachment attempts where I was found NOT GUILTY. It just never ends!"

NEW: Former President Trump has released this statement on SCOTUS giving the green light to investigations into his tax returns: pic.twitter.com/MnJaR8W1Bk

"The Supreme Court never should have let this 'fishing expedition' happen, but they did," he continued. "This is something which has never happened to a President before, it is all Democrat-inspired in a totally Democrat location, New York City and State, completely controlled and dominated by a heavily reported enemy of mine, Governor Andrew Cuomo."

Government to announce major update to its JobSeeker program.

The Expenditure Review Committee had its final discussion about a permanent increase in the JobSeeker allowance on Friday, which was discussed by the cabinet in Parliament on Monday night.

The alleged changes could mean 1,750,000 unemployed Australians will keep some of the increased payments that came with the COVID-19 supplement.

Exclusive: Unemployed workers will get a boost to the JobSeeker payment announced on Tuesday as new data shows an $80-a-fortnight lift would cost the budget less than $3 billion a year https://t.co/U1UbBc3ySg

Finance Minister Simon Birmingham told ABC Radio on Monday, "We're still finalising all of our decisions in these areas. We'll make any announcements about that, as we've indicated, well and truly clear by the end of March."

Senator Birmingham said other support programs like the JobMaker scheme would continue to support the economy beyond March.

But fresh doubts have been raised about whether the $4 billion hiring credit scheme could do more harm than good.

Ex-NRL's Burgess busted behind the wheel.

Former NRL star Sam Burgess is due to spend more time in front of a magistrate after allegedly committing driving offences.

The 32-year-old was reportedly driving a BMW X5 when stopped on the Hume Highway south of Sydney on Monday.

The Daily Telegraph reports he returned a positive roadside drug test for cocaine which has been sent away for further analysis.

According to reports he was also told to attend court for using an unregistered vehicle, and failing to obtain a NSW driver's licence after being in Australia for more than three months.

Earlier in February Burgess was convicted of intimidating his former father-in-law.

The retired star was sentenced to a two-year community corrections order, requiring him to be of good behaviour.

Burgess is due to face Moss Vale Local Court on the driving allegations on May 4.

UK Prime Minister Boris Johnson has set out a phased plan to end England's COVID-19 lockdown, offering a "cautious" approach to try to prevent a return to wholesale restrictions that have hobbled the economy.

Johnson, under pressure to allow more freedoms for millions stuck at home and offer hope to shuttered businesses, said the first stage would prioritise schools returning on March 8 when only minimal socialising outdoors would be allowed.

The so-called road map would then pass through four stages, with five weeks in between, and the final step - when most restrictions would be lifted - not starting until June 21 at the earliest.

Lockdown restrictions in England could be over by 21 June, Prime Minister Boris Johnson says

Lockdown will be eased in 4 steps – with five “roadmap” dates set out for these steps, from today

"There is therefore no credible route to a zero-COVID Britain or a zero-COVID world. And we cannot persist indefinitely with restrictions that debilitate our economy, our physical and mental well-being and the life chances of our children," Johnson told parliament.

With almost 130,000 fatalities, the UK has suffered the world's fifth-highest official death toll from the pandemic and its economy has seen its biggest slump in about 300 years.

Any easing of social mixing will initially be limited and the government will ask people to work from home, where they can, for some weeks until it has completed a review into social distancing at some point before June 21.

At the end of March, it is envisaged a small number of people will be able to mix outdoors but non-essential shops and outdoor hospitality will not reopen until April 12 at the earliest.

Prince Philip is "OK", Prince William has said after his 99-year-old grandfather spent a sixth night in hospital.

Philip, the Duke of Edinburgh, was admitted to hospital on Tuesday as a precautionary measure after feeling ill with an ailment that was not related to COVID-19.

"Yes, he's OK, they're keeping an eye on him," William said on a visit to a vaccination centre in eastern England.

Royal reporters said he delivered his message with a wink.

The Duke was admitted to the private King Edward VII's Hospital in central London after feeling unwell for a short period, Buckingham Palace said, and was kept in over the weekend for further observation.

A royal source said doctors had been acting out of an abundance of caution and that Philip was in good spirits.

- Auckland has moved back to Alert Level 1 as of midnight on Monday. It moved to the higher level on February 17 after a handful of new COVID-19 cases were detected.

- British tennis star Andy Murray says he couldn't bring himself to watch the Australian Open after he missed the event because he contracted coronavirus.