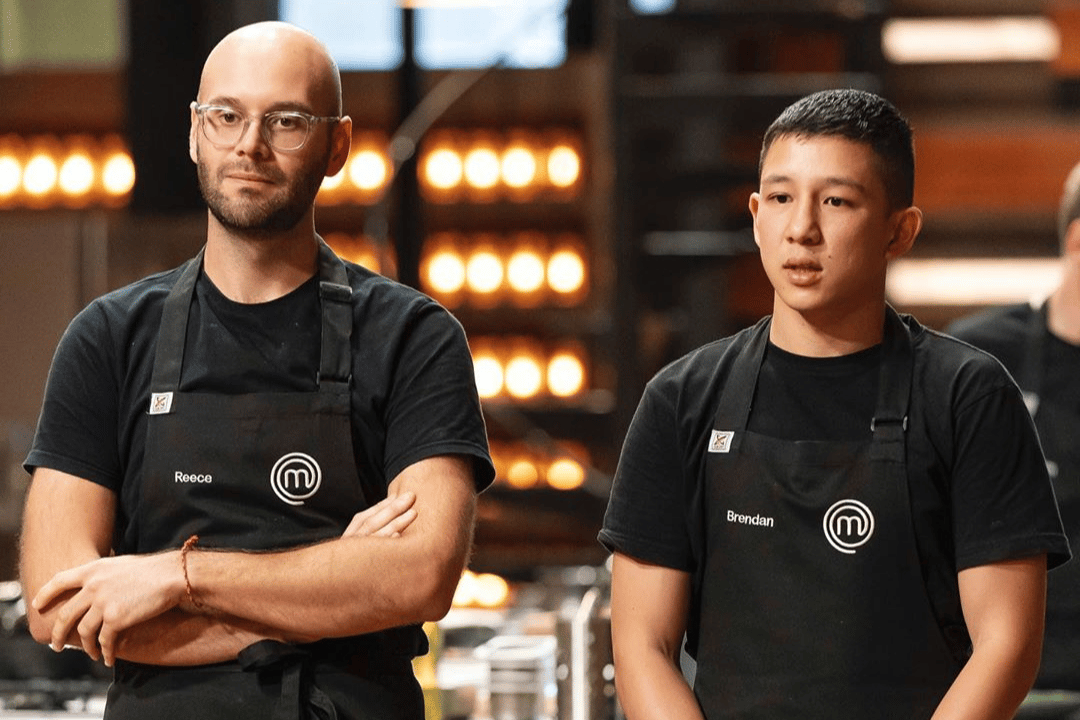 One of the great highlights of this year's revamped season of MasterChef: Back to Win was the friendship between Brendan Pang and Reece Hignell.

They share a heart-warming, sitcom-worthy bromance that audiences were quick to fall in love with.

With Brendan's elimination from the competition on Sunday night, audiences were heartbroken not just for him, but for Reece too.

You can actually pin point the second his heart breaks in half.
I dont know what crushed me more, Brendan's or Reece's face. 😭😭#MasterChefAU pic.twitter.com/SvqrRXUz4f

Speaking to Mamamia, Brendan said: "We became good friends after season 10 and it just grew stronger this season."

"Reece and my friendship probably has a bit more banter and sassiness behind the scenes, which people didn't really see, but a lot of that did play out on the show as well," he added.

Not only were they best friends in the kitchen, but they lived together too in the apartments rented out for the contestants by Channel 10 during the competition.

"We all had roommates and Reece was my roomie," Brendan says, adding they will definitely stay friends after the show.

As for his relationship with the other contestants, the 27-year-old said they were all genuinely great friends.

"Everyone is quite close to each other. So we would have little dinner parties [during the competition] and we hang out with each other.

"It's a scenario where, only we have been through this experience, and we relate so well that we get along really well."

Since his first time as a contestant on MasterChef in 2018, Brendan has come out as gay. He also has a boyfriend, Nick Fimognari, who he has been dating since 2019.

The dumpling chef admits the public interest into his personal life can be peculiar at times.

"It's a little strange having my personal life in the spotlight, but I mean, it comes with being in this space and it is expected," Brendan shares.

"Everyone has been positive, which has been amazing, especially given that I didn't have a partner last season.

"I wasn't openly gay on the show and didn't really speak about it too much, but it's been great and Nick's been really, really supportive."

With the end of Australia's favourite cooking competition nigh, Brendan, of course, has predictions for who will win the Back To Win season.

No surprises, he would love for Reece to win the competition, but he thinks there's an underdog who could take home the trophy too.

"I think Callum is a dark horse. I think he's great at both sweet and savoury, and he just has a very clever head on him," Brendan tells Mamamia.

As for what's next, Brendan says his priority is his dumplings restaurant in Perth, Bumplings, where he is currently "working on the menu, extending our hours, making sure everyone's happy and just pumping out food that I really care about."

He will also be releasing a cookbook that will be out on August 9.

Before he went, we had to ask him: What is your best tip for making dumplings?

"Have fun and experiment with the filling, and have a good meat-to-fat ratio so that it isn't too dry. Also, try the filling first, fry it off and taste it before actually folding a dumpling."