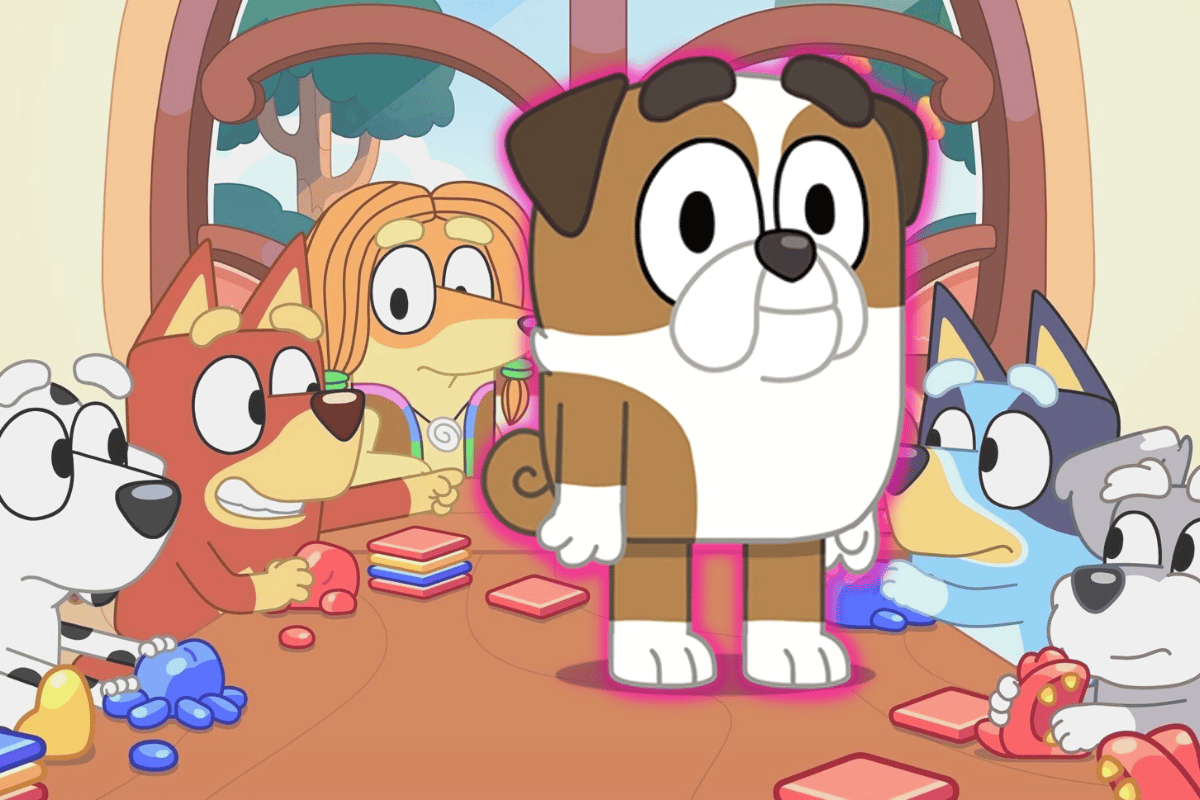 Listen to this story being read by Rosie Squires here.

Season three of Bluey has a lot of highlights.

But the character evolution we can't stop thinking about is English Bulldog, Winton.

Cast your mind back to season one and the 'Mums and Dads' episode where Winton told us he's a "very obedient breed". He was a shy, close-talker who Bluey dubbed the "space invader" because he would sit too close.

There was a touch of Ralph Wiggum from The Simpson's to his ways - that same cheerful demeanour but somewhat oblivious.

In season two, Winton gained a bit of confidence in the 'Circus' episode where he makes the kids laugh by blowing raspberries - a fail-safe joke if ever we've seen one.

And now in season three, Winton is the attention-seeking, fart joke kid and is there anything more relatable?

In the episode 'Stories', which focuses on fan favourite Indy, we begin with Bluey's class moulding animals out of beeswax.

As we open to The Terrier's making piranhas and Bluey making a whale, we pan to Winton who sneezes loudly and holds a glob of yellow beeswax at his nose and shouts "booger" sending the class into a fit of laughter and teacher Calypso to say "Well... Winton was Winton".

Which is weird because Winton is usually quiet, right? Wrong!

Winton then goes on to co-star in the episode, making a moustache out of beeswax and even smashing the beeswax with his fists after Indy asked him: "why can't you just be good?" 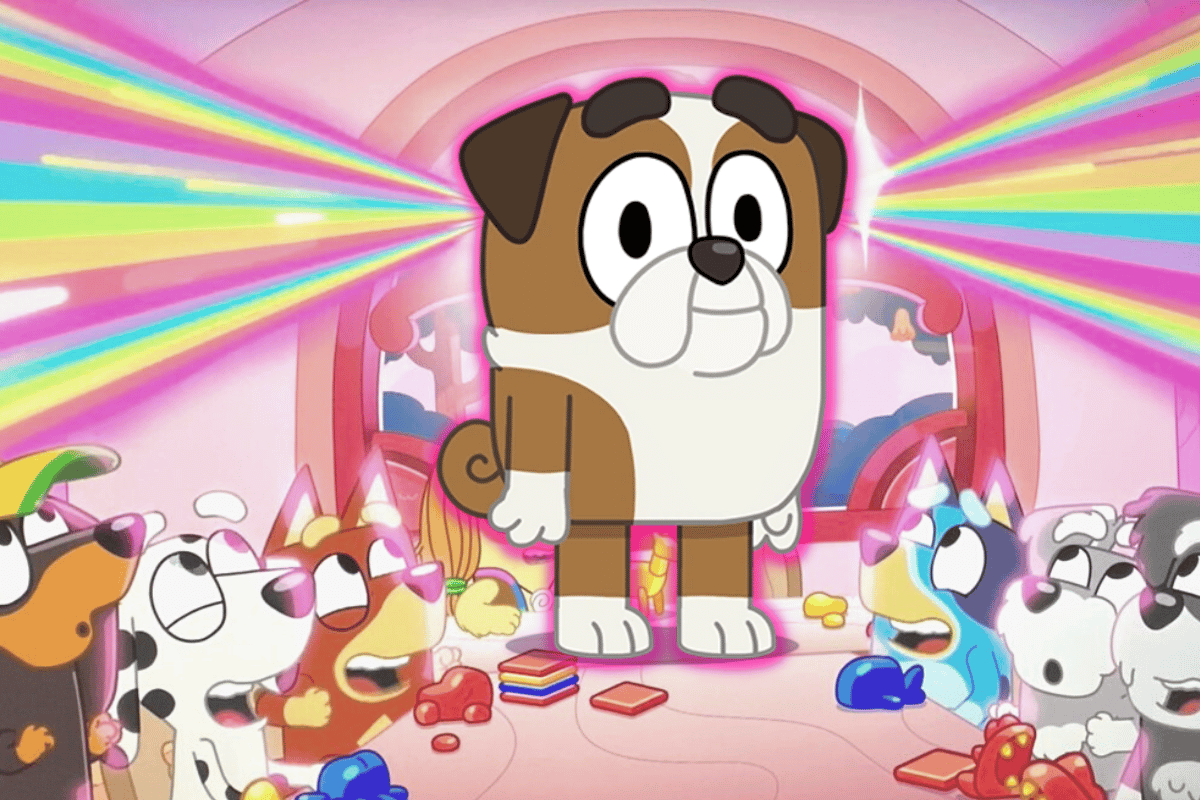 The second half of the episode is led by Winton's imagination. He gets muscly; he turns into a race car. He continues to make poo jokes. He's a hit.

While so many of the Bluey characters have stayed the same and deepened their quirks, Winton has kept his loyalty but gained confidence and developed.

He was the last kid we would have imagined distracting everyone in the class by pretending to have snot running down his face or that he's doing a poo by dropping a mound of beeswax between his legs.

For more on this topic, you can listen to This Glorious Mess Little Kids. Story continues after audio.

He is in that apparently unavoidable childhood phase where kids make the same fart joke on repeat and you laugh along half-heartedly.

I remember this phase with my cousins and siblings and am just entering it with my five-year-old. Heck, I've seen it play out at the kid's park with total strangers. So I guess my question is - what happens next? Is this a phase or is Winton now that annoying kid?

Tell us what you think in the comments below.