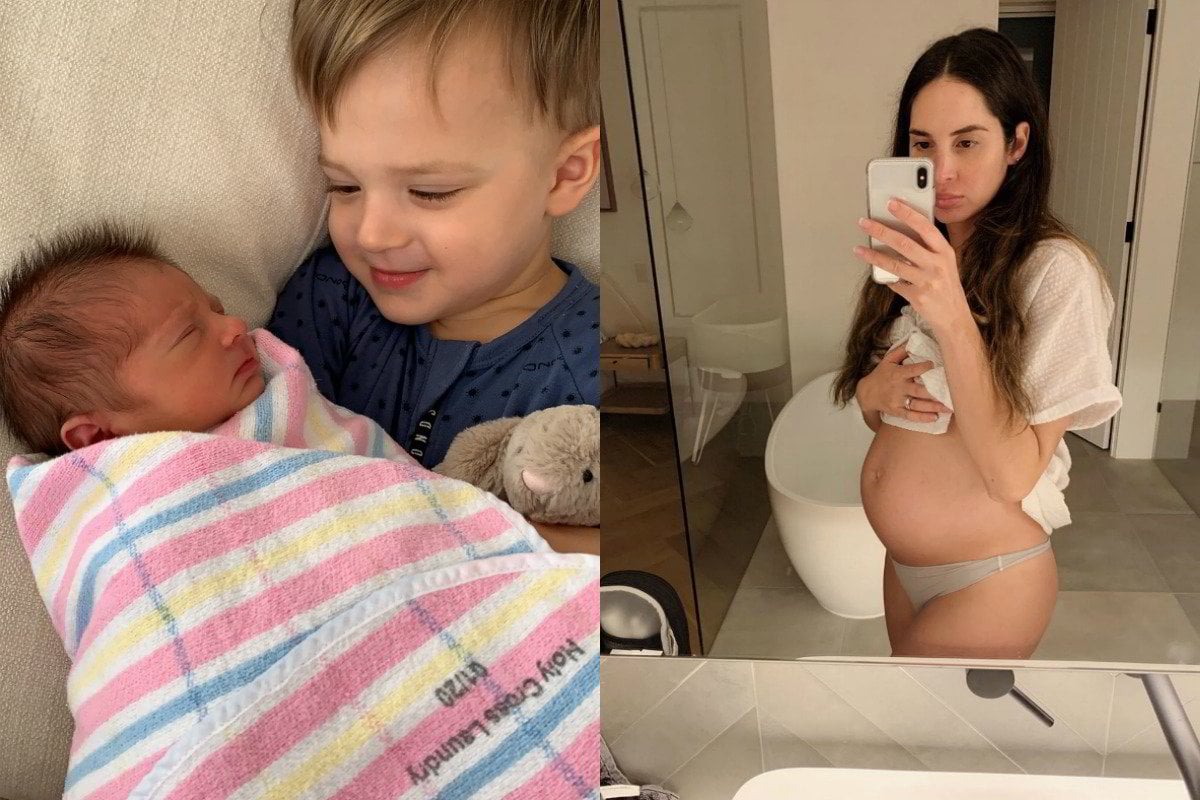 After two years of trying for a baby, a scary incident at New York Fashion Week finally prompted Yiota and husband George to see a doctor.

“I always suffered with painful periods and wondered if something might be wrong,” Yiota says.

“But after passing out from pain in the shower while in New York, I realised enough was enough.”

“Following months of uncertainty and pain, it was something of a relief to be diagnosed with endometriosis. I had surgery and was put on hormone treatment to help us conceive.

“Another three months later and I was thrilled to be pregnant!”

Yiota’s pregnancy with Connor was fairly smooth sailing apart from a few months of morning sickness. At 39 and a half weeks, her obstetrician advised an induction due to baby Connor’s estimated large size on Yiota’s petite frame.

“Once I was in hospital things moved pretty fast. In two hours, I went from 2-8cm dilated and was very uncomfortable. I requested an epidural and from that point on I felt pretty chilled!

“George was by my side the whole time and my sister, mum and sister-in-law were taking it in turns to pop in and keep me company.

Yiota was about to order a sandwich for lunch when the atmosphere changed from relaxed to panicked.

“Over those last two hours I had got to 10cm dilated and I am not really sure what happened next. One minute everything was calm but then alarms were being raised, family were sent out of the room and George looked traumatised.

“My obstetrician said that the umbilical cord was stuck around Connor’s throat and that he was going to use the vacuum to get him out, as it was too late for an emergency c-section.”

Thankfully Yiota says, baby Connor came out fine with a little egg on his scalp courtesy of the assisted delivery.

“I remember everyone coming back into the room and the feeling of love gradually sinking in to replace the shock, but I was so tired I could barely keep my eyes open!

“Connor was passed around by excited visitors and it wasn’t until I had Rio in March 2020 that I realised I had taken that beautiful family moment for granted.”

After 18 months and a holiday in Greece to celebrate a family wedding, Yiota and George decided the time was right to start trying for their second baby.

“We had tried for over two years to conceive Connor, so I was shocked to find out that I fell pregnant while on holiday in Greece. It was such an unexpected and wonderful surprise for us both.”

The second pregnancy began in a very similar fashion for Yiota with plenty of morning sickness but during the last month it became more stressful.

“Rio was measuring small, and I was worried that something was wrong. My obstetrician recommended a c-section for 38 weeks but brought it forward to 37 weeks due to his growth not being good enough.”

Yiota felt extremely nervous about having a c-section and her stress wasn’t helped by the constant news about COVID-19. 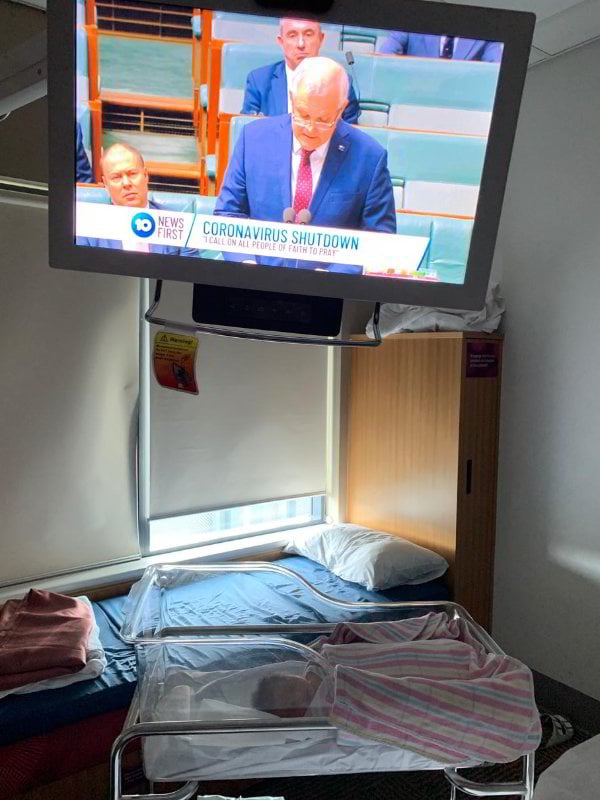 “It was such a weird time to be having a baby when the world was shutting down around us. On the morning of Rio’s birth, I was surprised however by how calm and serene it all was.

“I was surrounded by medical equipment but George was there and my obstetrician was very reassuring.

“I remember being numb and feeling shocked when they placed baby Rio on me and thinking, ‘is this human mine?’”

The day of Rio’s birth was 20 March 2020, the same day that Prime Minister Scott Morrison announced the new Australia-wide isolation rules. For this family focussed couple, it had emotional implications.

“When Connor was born in 2018 we had people visiting and celebrating with us, as did other families in our maternity unit. When Rio was born the sound of happy visitors and kids laughing in corridors was replaced by an eerie silence.

“It was shocking, and it felt really strange. We are very close to our family so it was sad not to be able to share our beautiful new baby with them all.”

Yiota’s physical recovery was a lot slower second time around, but she found she could do more than she initially thought she would manage.

“With Connor I had an episiotomy after his assisted birth, but I was up and around almost immediately and on the whole, my body bounced back really quickly.

“With Rio it was slower because of the c-section but it’s honestly been fine. The hardest part has been having this gorgeous, happy baby and not being able to show him off to anyone.

“My mum and mum-in-law met him when he was about a week old, but we waited three months to see extended family and friends.”

While Connor’s birth was outwardly much more stressful, she reflects that it wasn’t as awful as it sounds.

“It was a scary delivery, but in the moment, it was much less scary.

“I think women tend to talk and focus on birth horror stories which is not helpful.

“If I was going to do it all again I would not listen to anyone else and focus instead on the fact that I did it and women do it all the time because we are amazing!”

baby Connor came out fine with a little egg on his scalp courtesy of the assisted delivery.