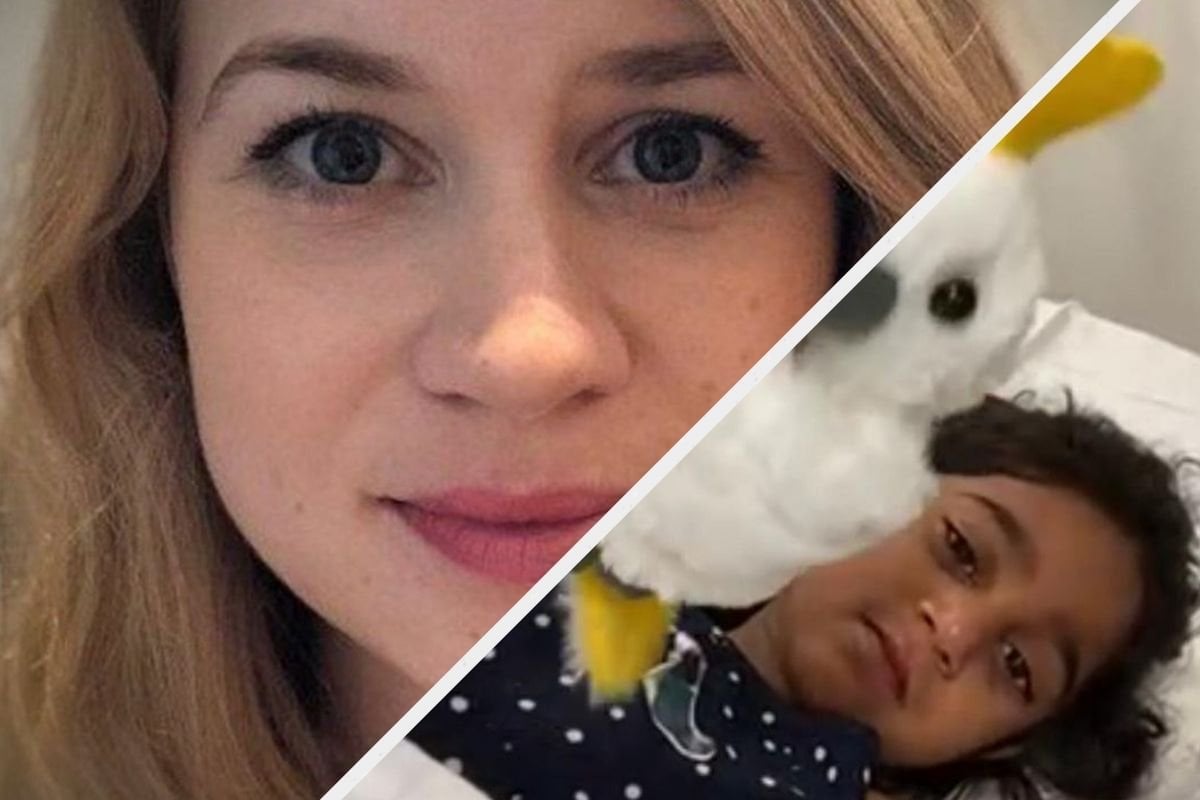 Melbourne to exit lockdown on Thursday evening, with a 25km travel limit.

Barring any new mystery COVID-19 vases, Melbourne's extended "circuit breaker" is set to end at 11:59pm on Thursday and be replaced with restrictions similar to those currently in regional Victoria.

That would involve a continued ban on private gatherings, venue density limits and mandatory indoor masks in most settings.

The 10km limit on travel from home is likely to be extended to 25km after Acting Premier James Merlino flagged Melbourne residents will be unable to enter regional Victoria over the Queen's Birthday long weekend.

Victoria had two new cases on Tuesday and they are linked to existing infections. A final decision on eased restrictions for Melbourne and regional Victoria is expected to be finalised Wednesday morning.

Authorities are investigating a link between an outbreak of the more infectious Delta strain and a hotel quarantine case, a man in his 40s, who returned from Sri Lanka on May 8.

Genomic sequencing shows his infection is identical to one of the two families linked to the North Melbourne Primary School, which has emerged as the epicentre of the West Melbourne outbreak. How the virus spread between the two groups remains a mystery.

Perth vigil for detained Biloela girl as NZ and US flagged for resettlement.

Supporters of a Biloela family detained on Christmas Island will hold a candelight vigil outside Perth Children's Hospital, where the youngest daughter is battling a blood infection.

Three-year-old Tharnicaa is being treated at Perth Children's Hospital after being evacuated from the island with her mother Priya Murugappan.

Her potentially-deadly blood infection has been linked by supporters to untreated pneumonia.

Priya says her daughter was sick for almost two weeks and that medical contractors at the immigration detention centre repeatedly refused to take her to hospital.

"I want to thank everybody for their love and good wishes," Priya said in a video message as she cradled her daughter.

"I hope that Tharnicaa can get the help she needs now. Please, help us to get her out of detention and home to Biloela."

WATCH: Priya has released a video message from Perth Children’s Hospital, where little Tharni is being treated for a blood infection caused by untreated pneumonia.

Candelight vigils will be held outside the hospital on Wednesday evening and at Sydney Town Hall on Thursday.

Family supporter Angela Fredericks said medical arrangements for detainees on Christmas Island, far off the coast of WA, were inadequate and dangerous.

Priya, her husband Nades and their Australian-born daughters Tharnicaa and Kopika, 6, have been in detention since 2018, and on Christmas Island since August 2019.

Home Affairs Minister Karen Andrews said on Tuesday, "a range of resettlement options" were under negotiation for detainees, while Foreign Minister Marise Payne told 2GB, "I understand that there are two options that are being looked at. I understand the United States is the first of those and that New Zealand is also an option."

The family's lawyers say they have not been informed of either option.

For the record we and our clients have not been approached about this by the Government - we have written to the Department of Home Affairs to ask why ? https://t.co/GinuSTLti7

The government has previously vowed to never permanently resettle anyone who arrives illegally by boat.

A petition to bring the family home to Queensland gained more than 100,000 signatures overnight, and now sits at more than 400,000.

A police officer has admitted the rape and kidnap of Sarah Everard, whose killing sparked anger and soul-searching across Britain about what police, government and society can do to stop male violence against women, the BBC reports.

Wayne Couzens, 48, a London officer who guarded diplomatic premises, also accepted responsibility for killing Everard but did not enter a plea while medical reports were being prepared, the BBC said on Tuesday.

Everard, 33, was abducted as she walked home from a friend's house in south London on March 3. Her body was later found in woodland about 80 kilometres away in southeast England.

A London police officer has pleaded guilty to the kidnap and rape of Sarah Everard, according to PA Media. The 33-year-old woman disappeared while walking in south London in March. https://t.co/scB3HBhNAh

An autopsy concluded earlier this month she had died as a result of compression of the neck.

Couzens had been due to enter a plea next month but at a hearing at London's Old Bailey Court he pleaded guilty to both the rape and kidnap charges, media said.

Everard's murder provoked outpourings of anger from women who have recounted their own experiences and fears of walking the streets on their own at night.

A global sting in which organised crime gangs were sold encrypted phones that law enforcement officials could monitor has led to more than 800 arrests and the confiscation of drugs, weapons, cash and luxury cars, officials say.

The operation by the US Federal Bureau of Investigation, Australian and European police ensnared suspects in Australia, Asia, Europe, South America and the Middle East involved in the global narcotics trade, the officials said.

Millions of dollars in cash were seized in raids around the world, along with 30 tonnes of drugs including more than eight tonnes of cocaine.

Sopiea Kong, 33, who starred in the 2017 season of Ninja Warrior was charged last week after police allegedly seized 154g of meth. Samuel Minkin, who appeared on Becky and Elly Miles’ season of The Bachelorette, was charged with possessing a large commercial quantity of cannabis.

Australian Prime Minister Scott Morrison said the operation had "struck a heavy blow against organised crime – not just in this country, but ... around the world".

Operation Greenlight/Trojan Shield, conceived by Australian police and the FBI in 2018, was one of the biggest infiltrations and takeovers of a specialised encrypted network.

Snow started to fall on the Australian Alps and South Australia's mid-north on Tuesday with more on the way in coming days.

Forecasters are predicting the biggest snow event Queensland has seen since 2015 this week, and it should be even colder and whiter further south in New South Wales.

Snow will reach unusually low levels in eastern Australia on Wednesday as a large pool of polar air moves over the region.

Snow started falling in the Aussie Alps on Tuesday and plenty more is on the way in the coming days! Some areas are likely to see more than one metre of fresh snow this week. pic.twitter.com/0Ncg3gdY3G

9News reports there is expected to be up to 20 centimetres of snow in the Northern Tablelands and 50cm to a metre in the Snowy Mountains by the end of the week.

Government, news and social media websites across the globe have come back online after being hit by a widespread outage linked to US-based cloud company Fastly.

Sites including Mamamia, Reddit, Amazon, CNN, Paypal, Spotify, Al Jazeera Media Network and the New York Times were listed as experiencing problems by outage tracking website Downdetector.com on Tuesday, but appeared to be coming back up after outages that ranged from a few minutes to about an hour.

A number of high-profile websites including the BBC, the New York Times, Reddit and Twitch have gone down in what appears to be a mass web outage. #9Newshttps://t.co/3Qe1Bdpasp

Fastly, one of the world's most widely-used cloud based content delivery network providers, said "the issue has been identified and a fix has been applied. Customers may experience increased origin load as global services return."

A South African woman claims to have given birth to 10 babies, breaking the world record for the most children delivered at a single birth to survive.

Gosiame Thamara Sithole gave birth to the decuplets - two more than doctors had detected in scans - at a hospital in Pretoria.

The 37-year-old welcomed seven boys and three girls by a Cesarean section 29 weeks into her pregnancy.

Gosiame Thamara Sithole, 37, welcomed her 10 babies yesterday. She was expecting to give birth to octuplets but during delivery, two more babies were found.

The babies born were seven boys and three girls.#tukonewshttps://t.co/8UWP1kfKJt

The newborns will spend a few months in incubators before being able to go home.

Gosiame and her husband already have six-year-old twins.

- Authorities in 92 countries have joined an operation to shut down websites related to illegal trade in medical supplies, arresting 227 people.

- The Tokyo Olympics organising committee says postponing or cancelling the Games was not discussed at Tuesday's meeting, but says there is "an ongoing discussion on whether we should be vaccinating Olympic-related staff more widely."

L
littleblackdress a year ago

Reply
Upvote
1 upvotes
How do you even care for 10 babies at once!! I hope they have a village of help!
C
cat a year ago