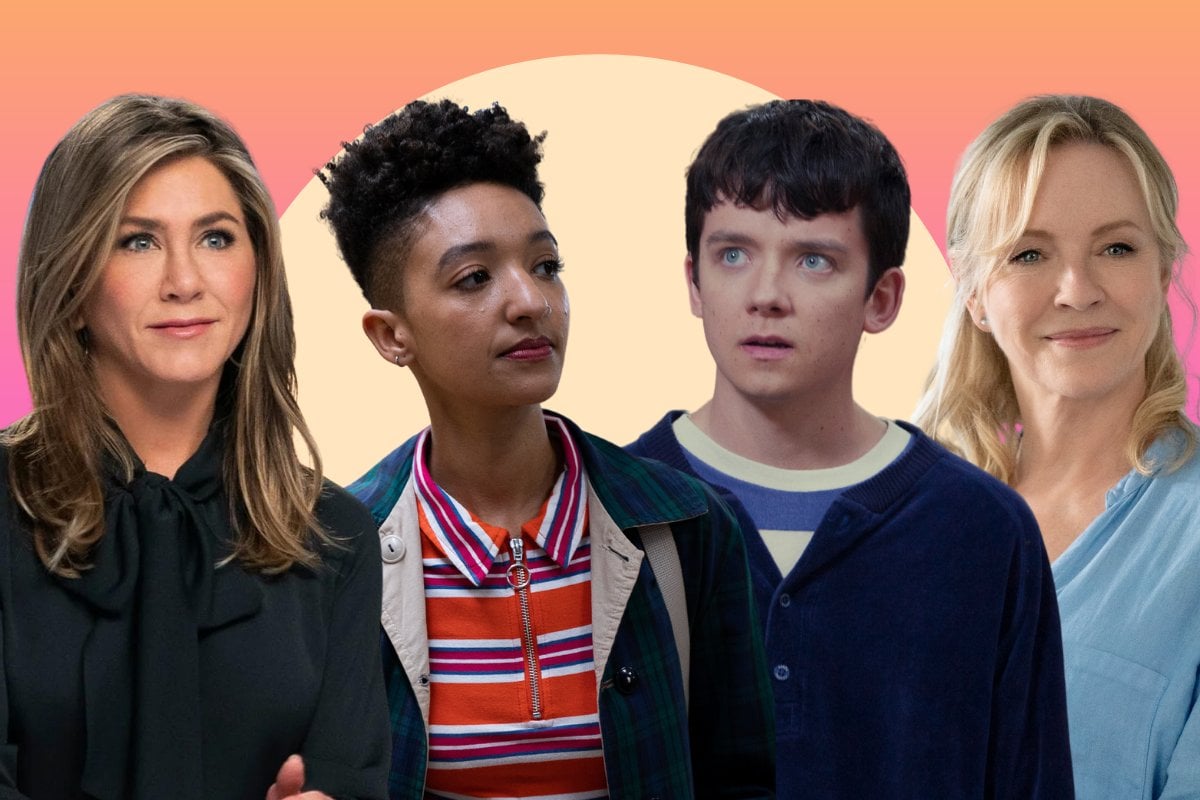 Get excited. You're about to be spending a lot of time on the couch in September.

From the highly anticipated premiere of Impeachment: American Crime Story to the return of Netflix's Sex Education, there's something for everyone in this month's TV lineup.

Watch the trailer for Back to the Rafters below. Post continues after video.

Here are the nine shows and documentaries that everyone will be watching in September: 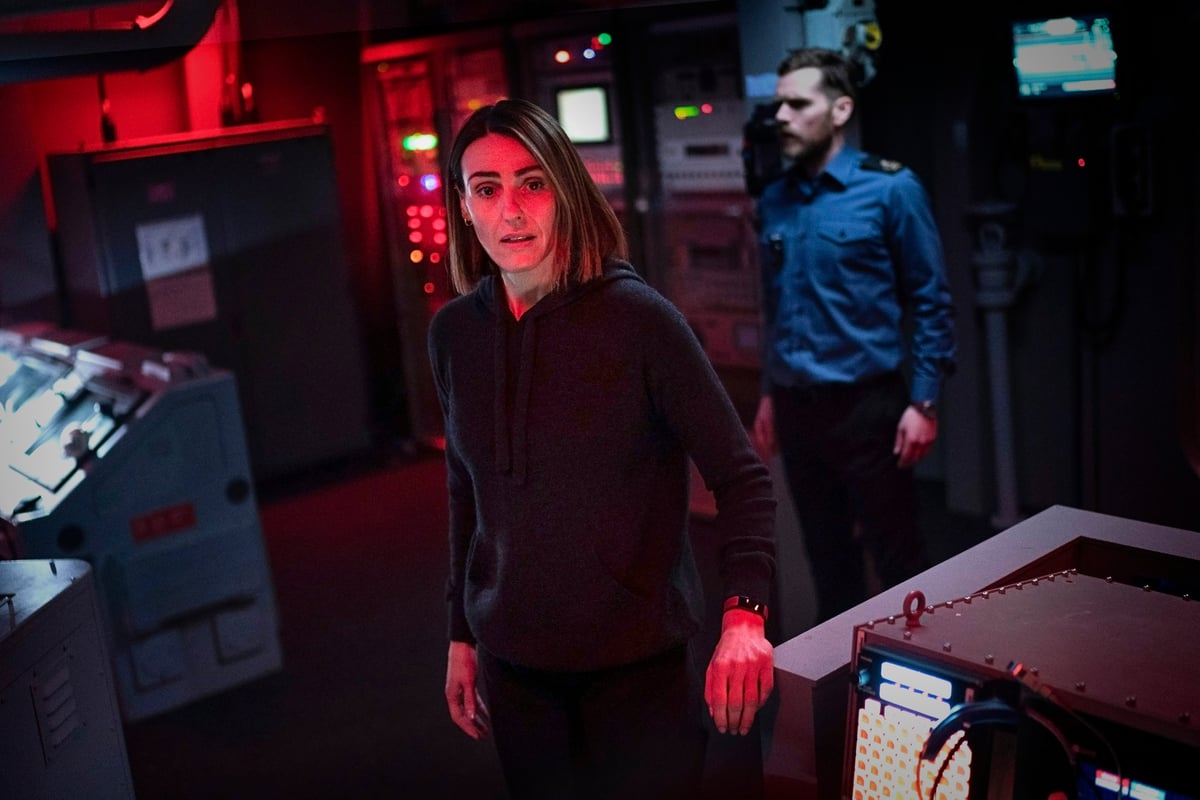 After a crew member is found dead on the HMS Vigil, DCI Amy Silva is flown out to investigate, unravelling an even deeper mystery.

The first episode of the new thriller series dropped on August 30, gaining a legion of fans. During September, new episodes of the six-part series will be dropping on Foxtel and Binge on Mondays.

If you loved Line of Duty, you'll devour Vigil.

Vigil premieres on Foxtel and Binge on August 30, with new episodes dropping weekly.

The Mystery of D. B. Cooper 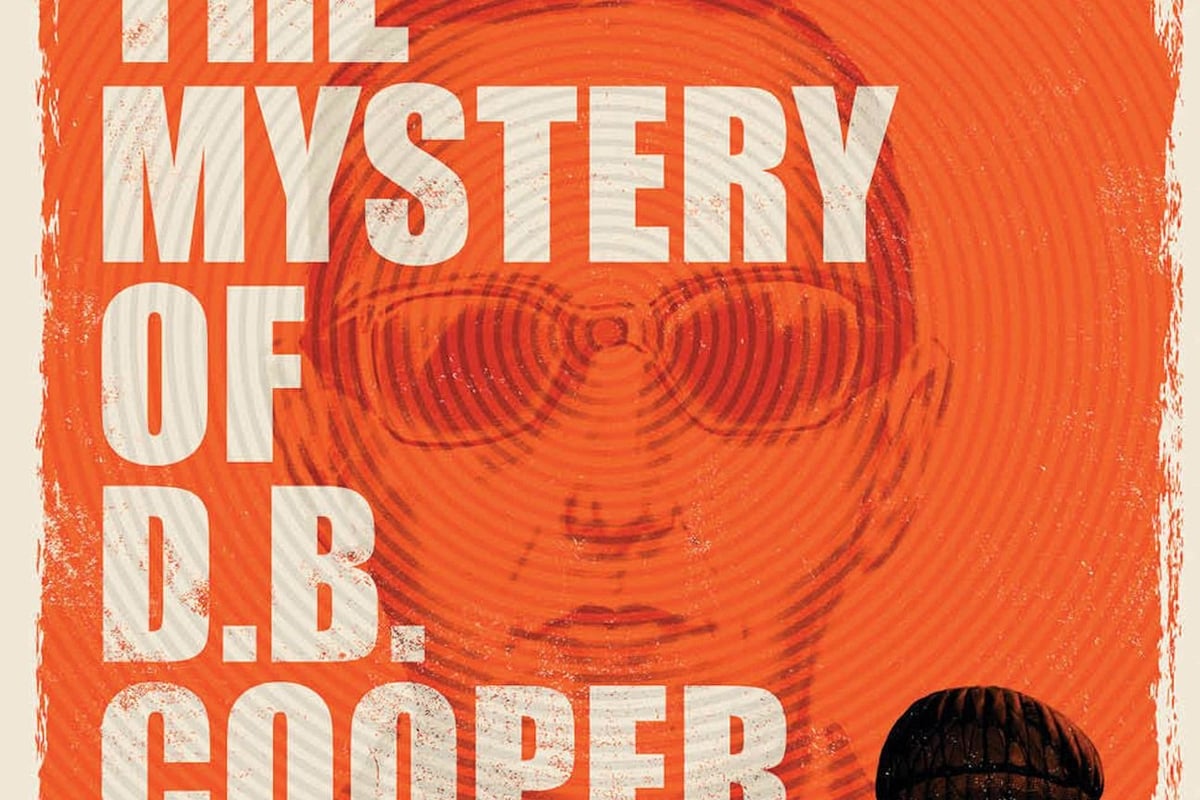 Stan's The Mystery of D. B. Cooper explores the suspects and theories surrounding the unsolved hijacking case.

Known as the greatest unsolved heist in American history, the incident occurred in November 1971, when D. B. Cooper hijacked a Northwest Orient Airlines plane while it was still on the tarmac.

Written and directed by John Dower, the new documentary features recreated and archival footage as well as interviews with those closest to the bizarre case.

The Mystery of D. B. Cooper premieres on Stan on September 7. 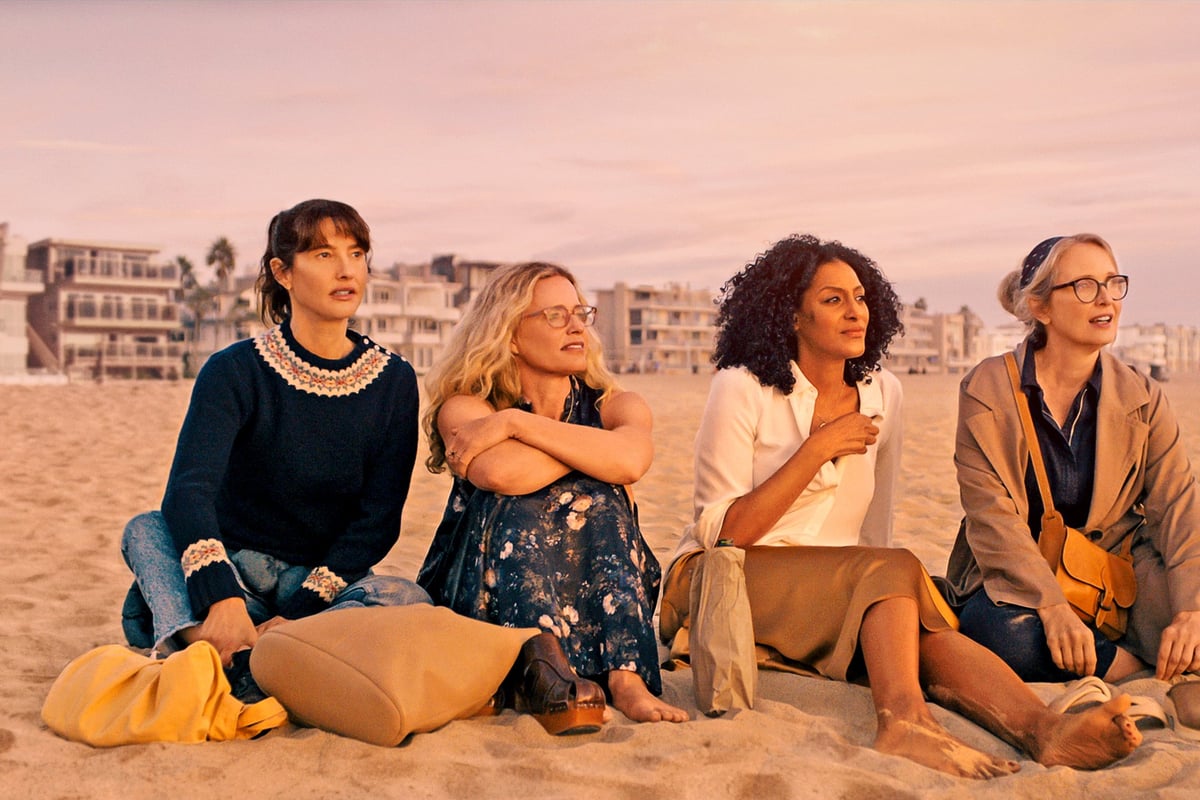 On The Verge follows the lives of four middle-aged women – a chef, a single mum, an heiress, and a job seeker – as they tackle love, work, and midlife crises.

Set in pre-pandemic Los Angeles, On The Verge provides the escapism that we all need right now.

On The Verge premieres on Netflix on September 7. 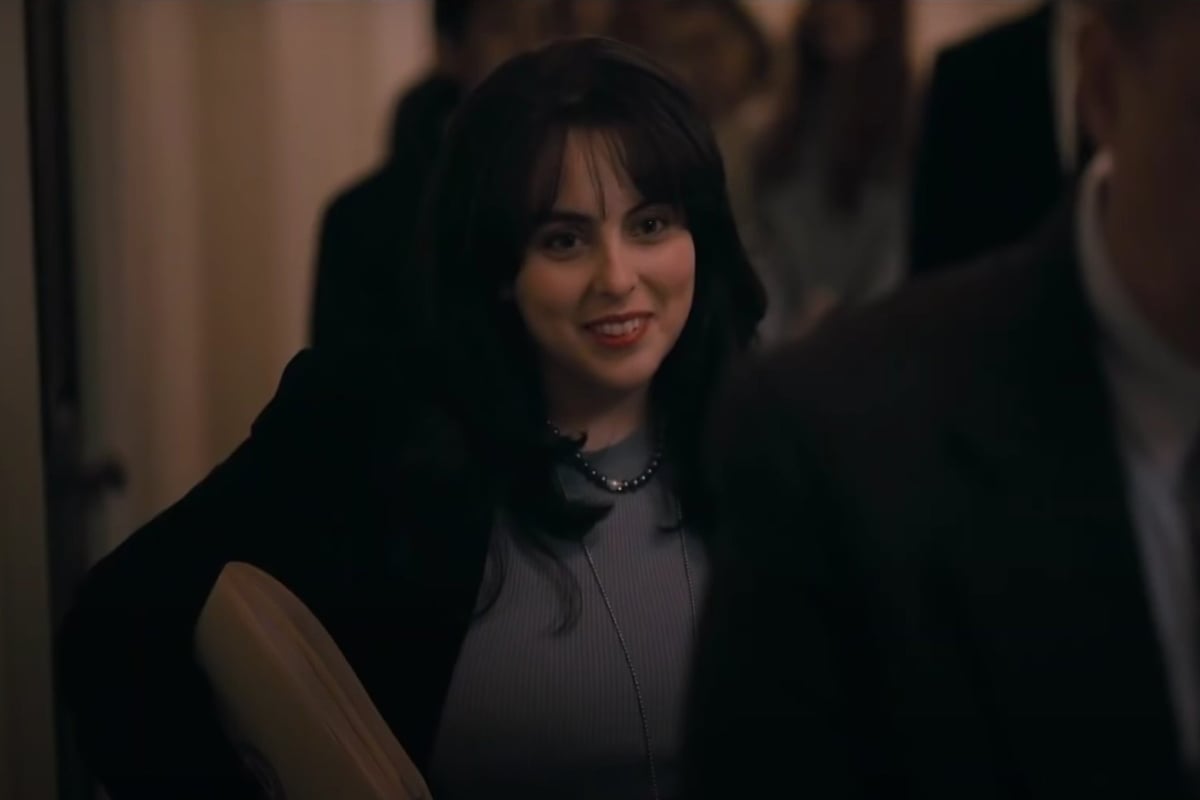 Based on Jeffrey Toobin's book, A Vast Conspiracy: The Real Story of the Sex Scandal That Nearly Brought Down a President, the series will centre on the affair as well the impeachment proceedings that soon followed.

Monica Lewinsky herself is serving as a producer on the series. She will be played in the series by Beanie Feldstein, while Bill Clinton will be portrayed by Clive Owen. 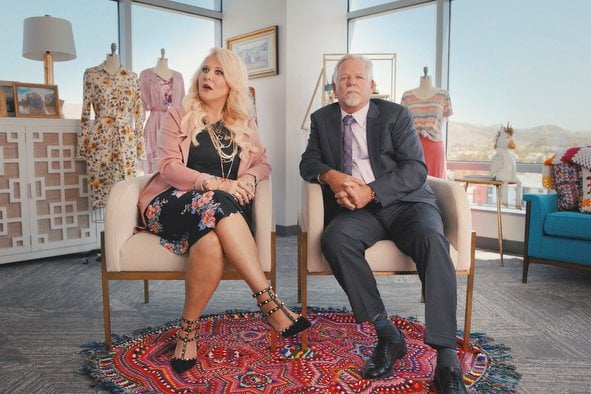 From the directors of Fyre Fraud, new documentary series LuLaRich delves into the world of LuLaRoe, the billion dollar clothing empire accused of misleading thousands of women with their multi-level marketing platform.

The four-part docuseries follows how the infamous company recruited thousands of women across the United States to sell their increasingly bizarre – and often defective – clothing products.

Through interviews with co-founders DeAnne and Mark Stidham and former LuLaRoe employees, the series unveils how it all went wrong for the company, leading to dozens of lawsuits and stories of cult-like behaviour.

"LuLaRich is a modern comedy of errors with important social commentary," the co-directors said, according to Vulture.

"We knew from day one that the world needed another look at this wacky MLM turned dumpster fire, and think this could be the birth of a whole new doc genre... True-Comedy."

If you liked On Becoming a God in Central Florida, you'll love LuLaRich.

Scenes from a Marriage 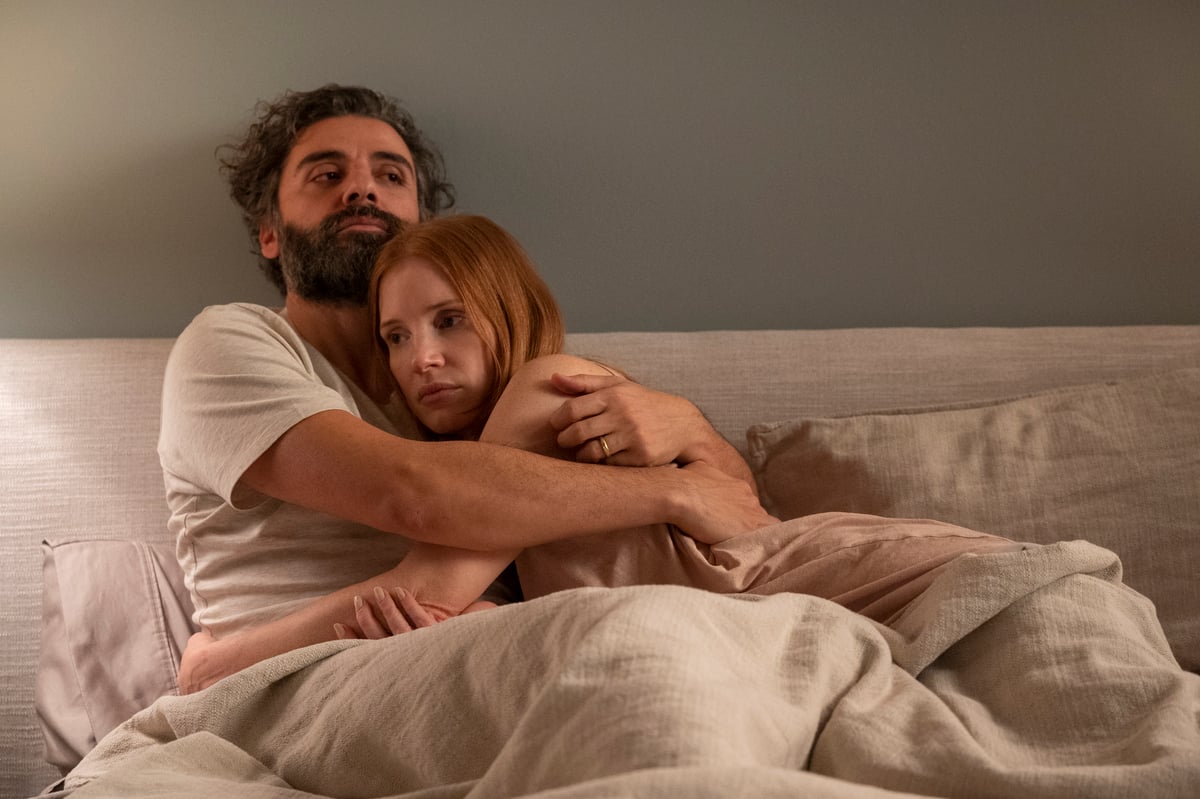 Scenes from a Marriage is a new remake of the 1970s Swedish miniseries of the same name by Ingmar Bergman.

The original series, which spanned a period of 10 years, explored the disintegration of the marriage between Marianne, a family lawyer, and Johan, an associate professor of psychology.

The much-anticipated remake, which stars Oscar Isaac and Jessica Chastain, will re-examine the original series' depiction of marriage and divorce through the lens of a modern American couple.

Directed by Hagai Levi, the co-creator of The Affair, the five-part series is harrowing and emotional.

Scenes from a Marriage premieres on Foxtel and Binge on September 13, with new episodes dropping weekly. 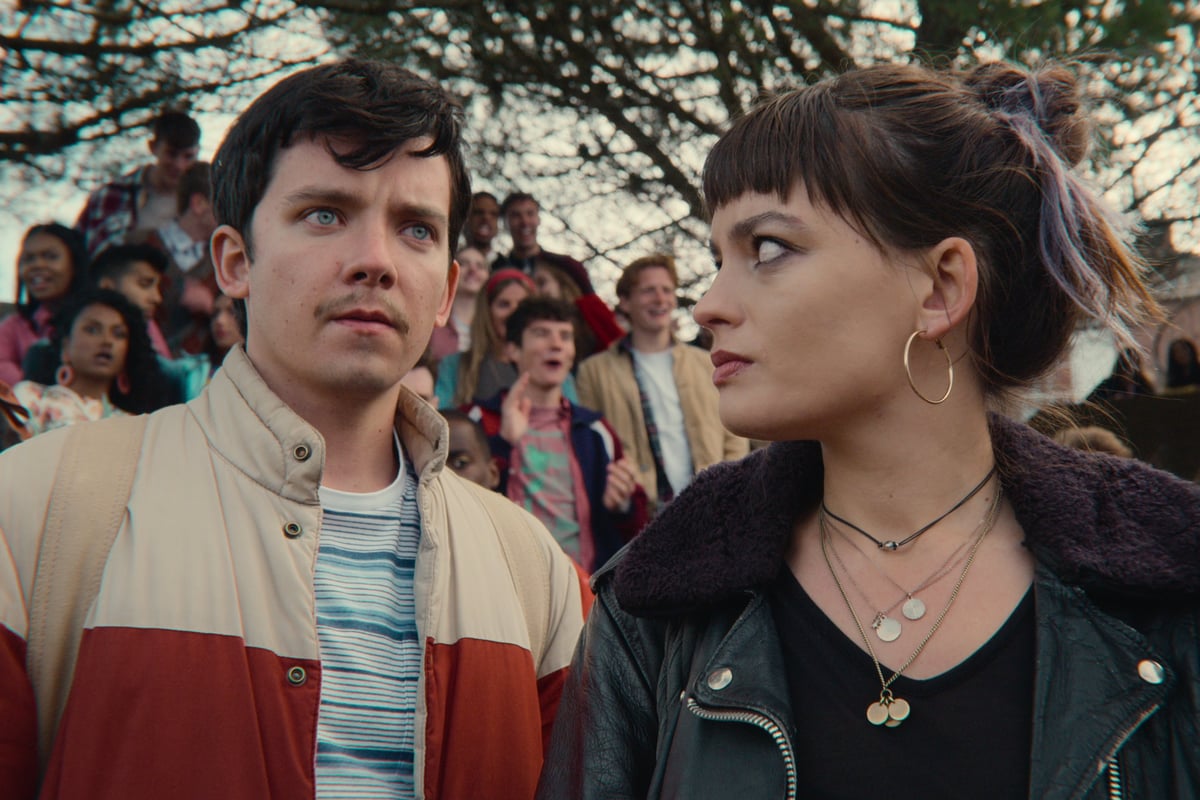 After a long wait, the third season of Sex Education will be released on Netflix on September 17.

The popular comedy-drama series, which explores all the awkward intimacies of sexuality, identity, and relationships, ended on quite the cliffhanger at the end of season two.

Here's what the third season will be about, according to Netflix:

"It’s a new year, Otis is having casual sex, Eric and Adam are official, and Jean has a baby on the way. Meanwhile, new headteacher Hope (played by Jemima Kirke) tries to return Moordale to a pillar of excellence, Aimee discovers feminism, Jackson gets a crush, and a lost voicemail still looms. Prepare for commitment animals, alien phenomena, vulva cupcakes, and much more of Madam Groff." 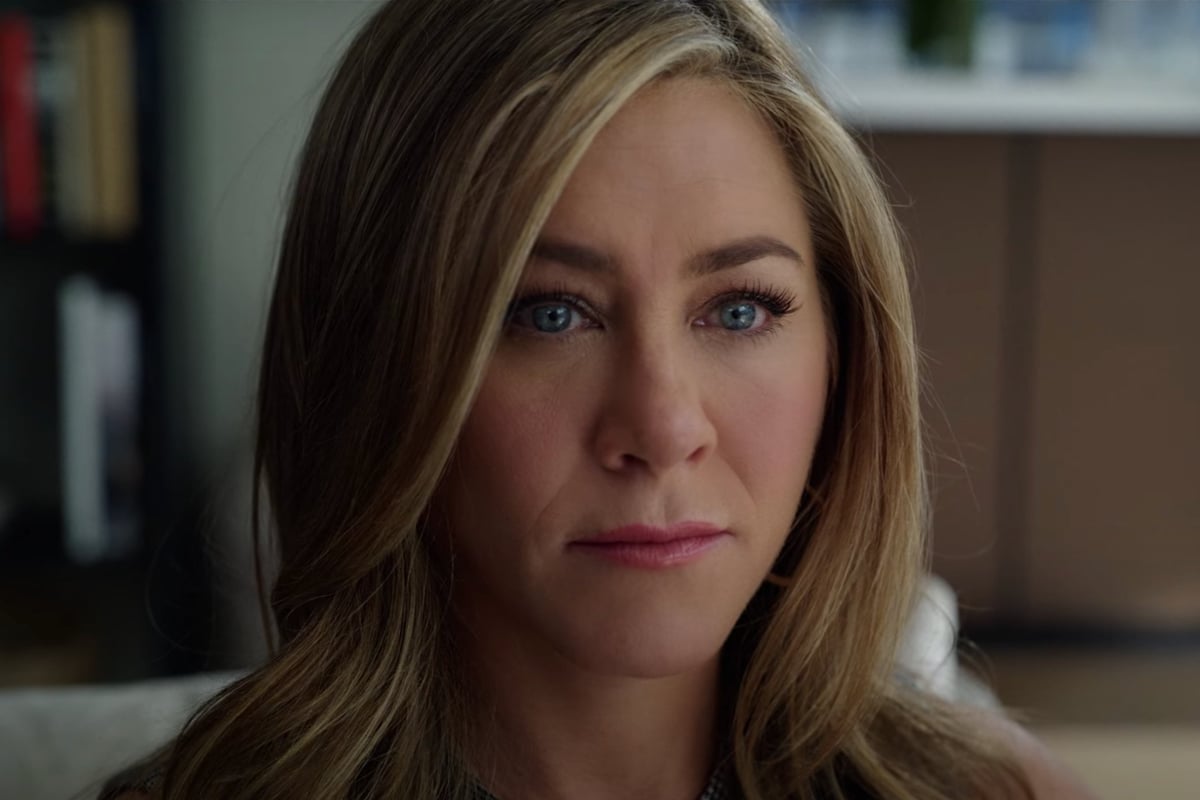 Morning Wars (titled The Morning Show internationally) looks inside the lives of the people who help Americans wake up in the morning.

After Mitch leaves the show, his co-host Alex Levy (Jennifer Aniston) fights to keep her job as her new rival, reporter Bradley Jackson (Reese Witherspoon), threatens to take her place.

Season two of the series, which premieres on September 17, will pick up after the explosive events of season one, delving into the fictional news network's systemic sexual harassment issue, racism in the workplace, and the COVID-19 pandemic.

Once you start watching this fast-paced drama, you won't be able to stop.

The first season of Morning Wars is streaming on Apple TV+ now. The second season will premiere on the streaming service on September 17, with new episodes dropping weekly.

Back To The Rafters 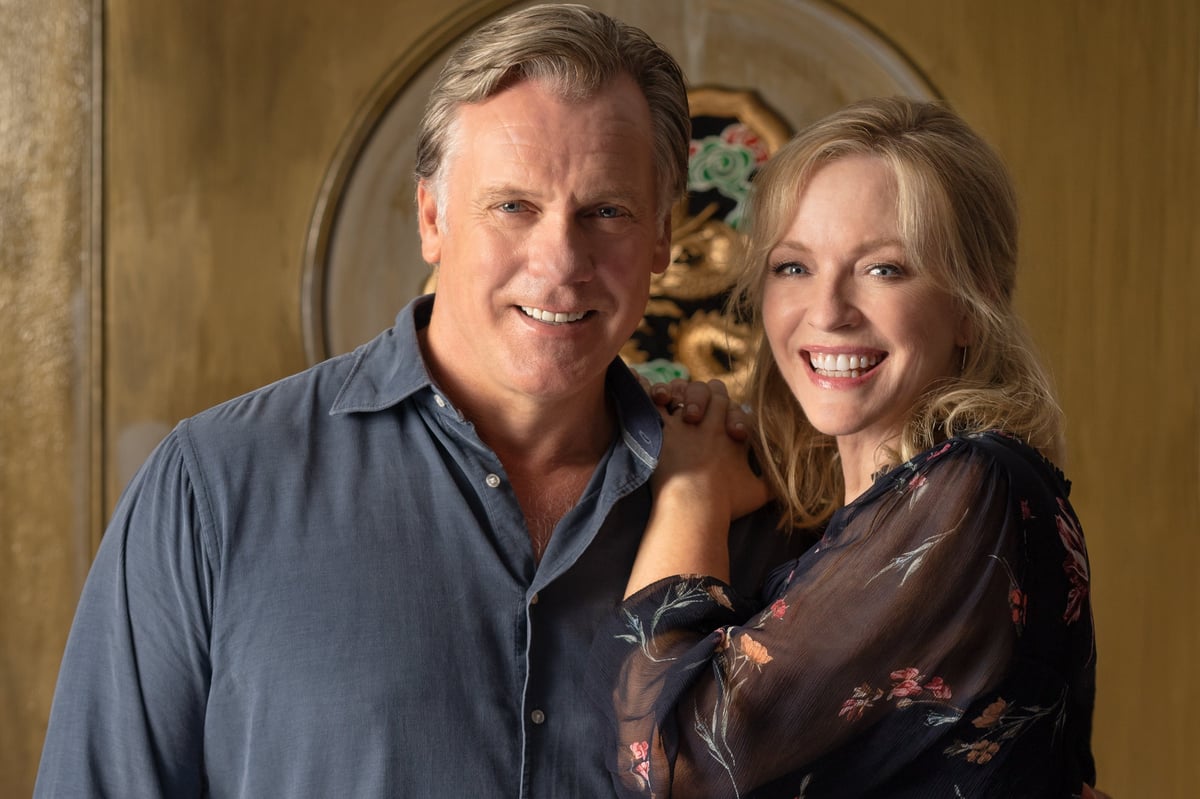 Packed to the Rafters is officially coming back to our screens this month.

After appearing on Channel Seven from 2008 to 2013, the reboot, titled Back to the Rafters, will premiere on Amazon Prime Video on September 17.

The new series picks up six years on from when we last left the Rafter family.

Dave (Erik Thomson) and Julie Rafter (Rebecca Gibney) have moved to the country with their young daughter, Ruby, while Rachel Rafter (Georgina Haig), Nathan Rafter (Angus McLaren), and Ben Rafter (Hugh Sheridan) are navigating adult life and the struggles that come with it.

Grandpa Ted (Michael Caton) is also returning to the series and is struggling to find his place in the family.

According to the press release: "As Dave enjoys his newfound freedom, Julie must reconcile her responsibilities to the family. They might not be under the same roof, but the same honesty, love and laughter bonds them more tightly now than ever before."

It's pretty much the same wholesome family drama we've missed on our screens for the past seven years – and we can't bloody wait.

Back To The Rafters premieres on Amazon Prime Video on September 17.