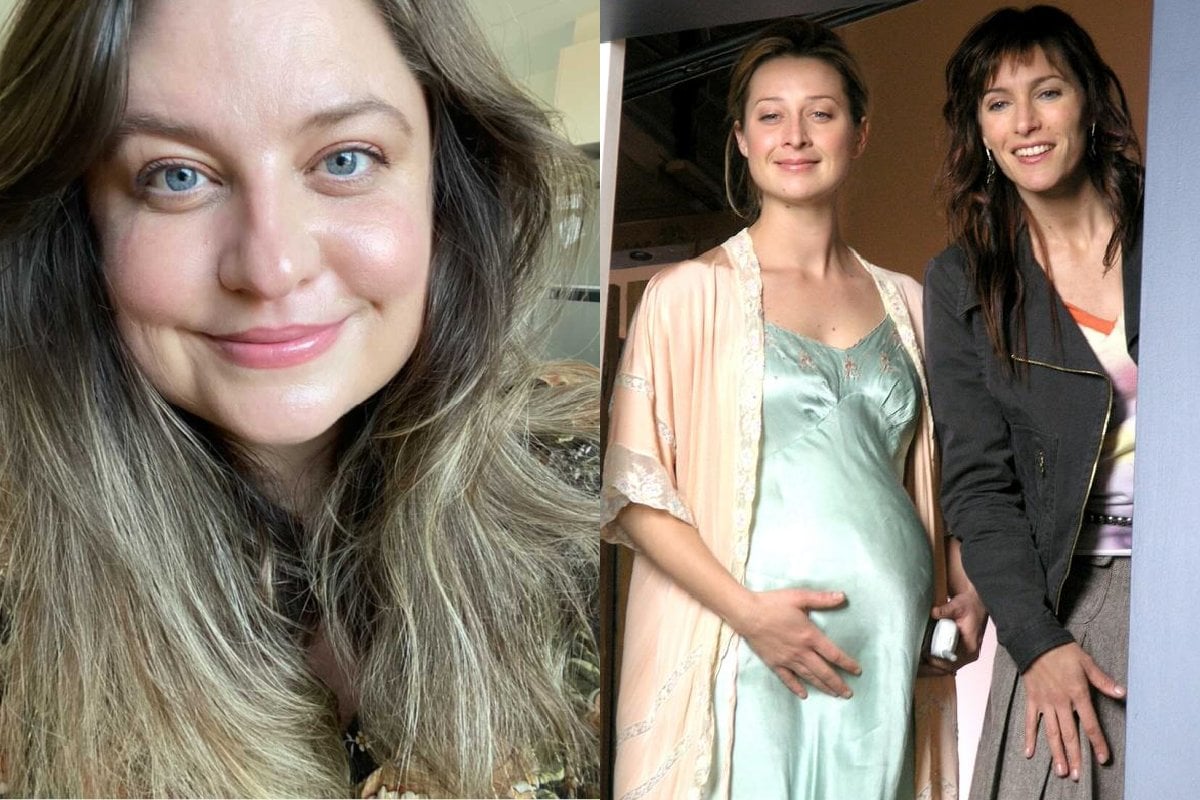 As a TV critic and Mamamia's resident Queen of Recommendations, I watch a hell of a lot of TV.

That doesn't mean I sit around 9-5, Monday to Friday, watching TV (I wish). It means I spend a lot of time outside of working hours watching new TV shows, finding hidden gems on the streaming services, and re-watching some of my old faves.

It's kind of the dream job for someone like me who has always loved TV and who narrates her life like she's the main character in a sassy lil 2000s sitcom about a girl from Dubbo making her dreams come true in the big smoke.

Anyhoo, a few weeks ago in our pop culture team meeting we decided each member of the team should write about their top 10 favourite shows, so we could silently judge each other and also maybe... noisily judge each other.

My colleague Chelsea McLaughlin went first with her round up: 'I watch TV every day for work. These are my top 10 shows of all time.'

And boy, did I judge. None of my favourite shows were on her list. Unbelievable.

So now it's my turn. In no particular order, here are my top 10 shows of all time: 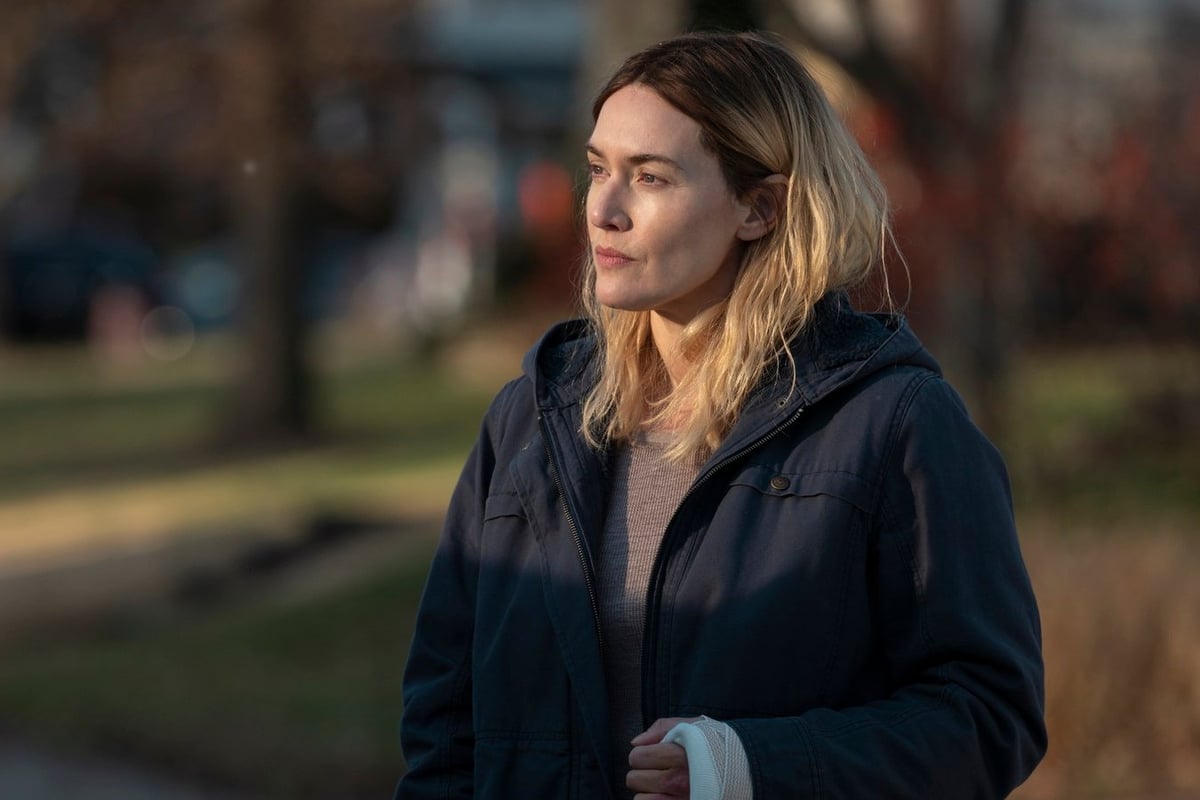 I think about Mare of Easttown and its brilliant twist at least once a week.

Although the mini-series only came out earlier this year, it quickly became one of my favourite shows of all time.

There's two reasons for this:

1. In just six episodes, the writers created a TV universe that I fell in love with. Although it was bleak, the people and the stories of Easttown were so compelling, I never wanted to leave.

2. The twist was a stroke of genius. It WENT there.

In case you missed it, the series follows the story of Mare Sheehan (Kate Winslet), a detective in the fictional American town of Easttown, where everyone is a bit down on their luck.

Mare is a divorced single mum, who is raising her young grandson after her son ended his own life. Her mum Helen (Jean Smart) is also living with her.

While trying to keep her life together, she is tasked with investigating the murder of a local teen mum. And everyone in town is a suspect.

What I loved about the series was how it combined a brilliant mystery, an amazing cast, a few well-placed laughs, and a study of the human condition in one show.

You can watch the entire series on Foxtel and Binge now. 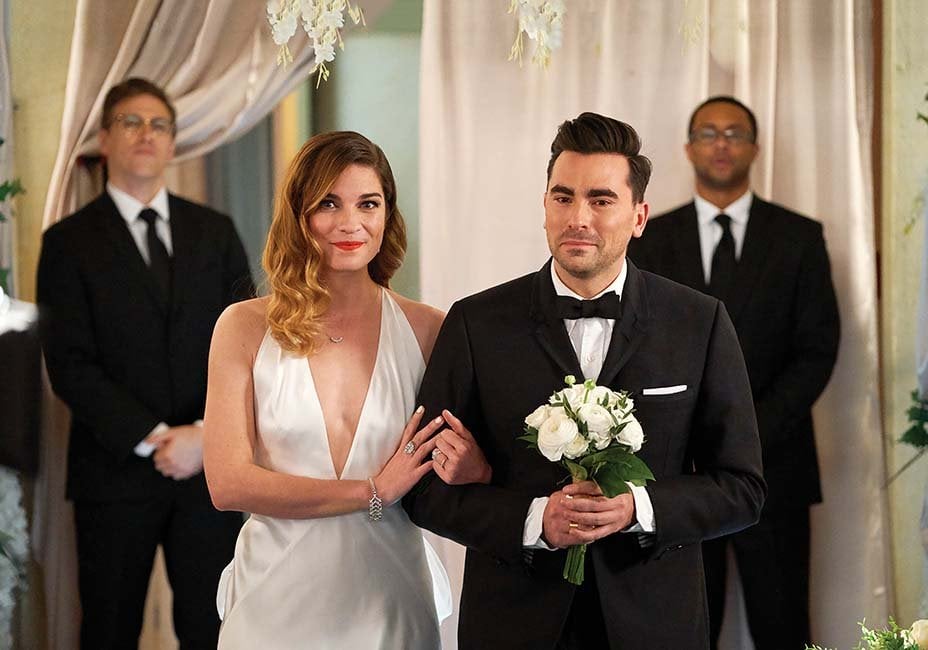 Image: Netflix.  It took me most of the first season to get into Schitt's Creek.

For at least the first five episodes I didn't get it and I, quite frankly, found the characters... annoying.

Sometime between towards the end of the first season and the start of the second season, I fell in love with the Rose family.

By the series finale, they felt like family... albeit a Canadian/American family who wore a lot of black and chucked epic tantrums whenever they were mildly inconvenienced.

In case you missed it, the series follows the Rose family, parents Johnny and Moira, and their two grown up kids, David and Alexis, who are forced to move into a motel in the small town of Schitt's Creek after they lose all their money.

Over six seasons, the Rose family slowly learn that there are more important things in life than money.

The series also gave us the greatest love story of all time. I can't listen to 'Simply The Best' without thinking about David and Patrick.

All six seasons of Schitt's Creek are streaming on Netflix now. 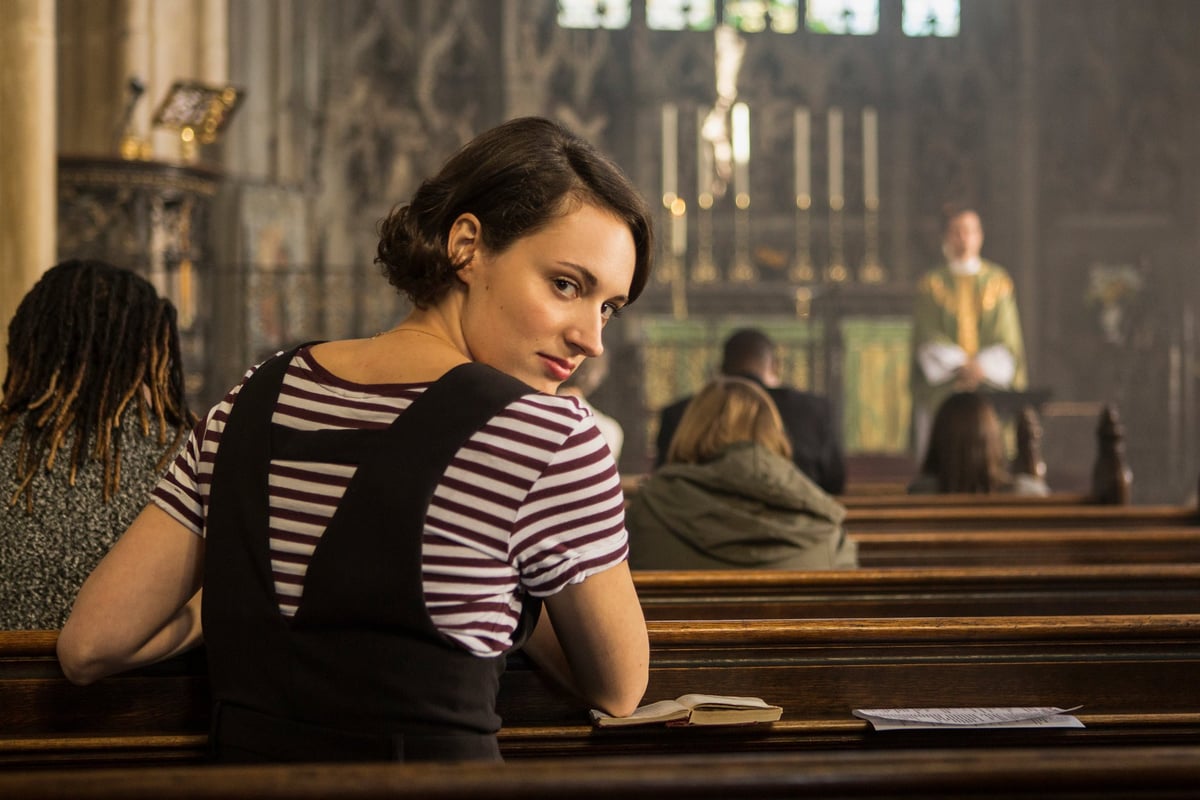 Ok, Phoebe Waller-Bridge is a legend.

The first season of Fleabag took us into the messy, broken mind of a 30-something woman who just can't seem to get her sh*t together.

Then season two took it to a whole new level and also made millions of people around the world develop... unusual feelings for sexy, Irish priests.

Both seasons were groundbreaking and the final scene will stay with you for years after you've watched it.

Season one and two of Fleabag are streaming on Amazon Prime Video now. 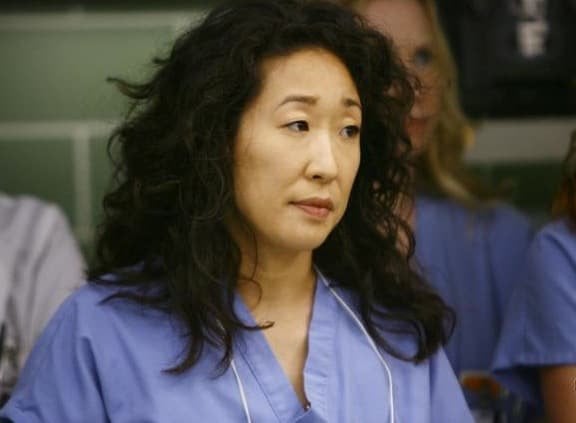 Is Grey's Anatomy a soapy drama in which each and every main character eventually gets killed off in an unnecessarily dramatic/gruesome/tear-inducing manner?

But it's also one of the longest running TV series of all time, from the mind of the greatest TV creator of all time (WE'RE NOT WORTHY OF YOU, SHONDA RHIMES).

The series is as much about the personal lives of the doctors, as the illnesses and traumas of their patients.

This is the series that gave us Meredith and Derek! And introduced us to Sandra Oh! And made us cry whenever we heard a Snow Patrol song.

It's bloody brilliant TV and I won't hear otherwise.

You can watch Grey's Anatomy on Stan and Disney Plus. 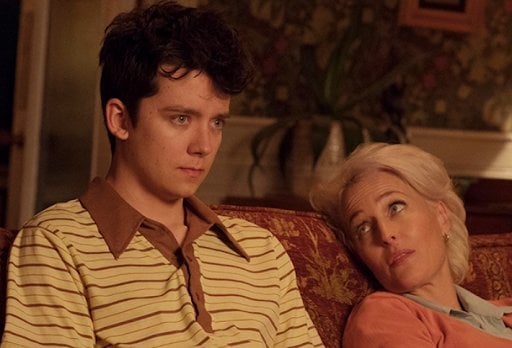 Sex Education is the complete opposite of the teen TV shows I grew up with, where there were clear social groups and predictable storylines.

The series takes all these teen show tropes and turns them on their head.

It stars Asa Butterfield as Otis, a sexually repressed teenager who lives with his single mum Jean (Gillian Anderson), who is a sex therapist.

In a nutshell, Sex Education is about a bunch of gloriously diverse, funny, smart teenagers who are learning to love their bodies, what makes them different, and what makes them feel good.

More than anything, it's bloody funny. And warm. And feel-good. Which is exactly what we need right now.

The first three seasons of Sex Education are streaming on Netflix now.

Sex and the City. 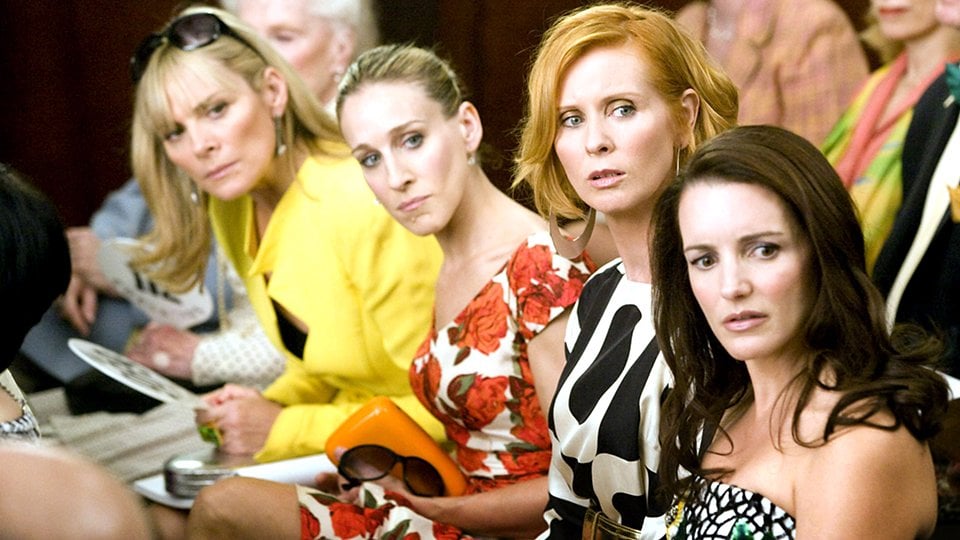 Looking back at Sex and the City through a 2021 lens, it definitely had its issues, but gosh was it revolutionary at the time.

We followed Carrie, Samantha, Charlotte and Miranda through six seasons, one kind of okay movie, and one movie we shan't speak of.

Also, this is the show that gave us the glorious Standford Blanch and so many quotes that have found their way into the pop culture lexicon.

You can watch all six seasons of Sex and the City on Binge. And the reboot is coming later this year. 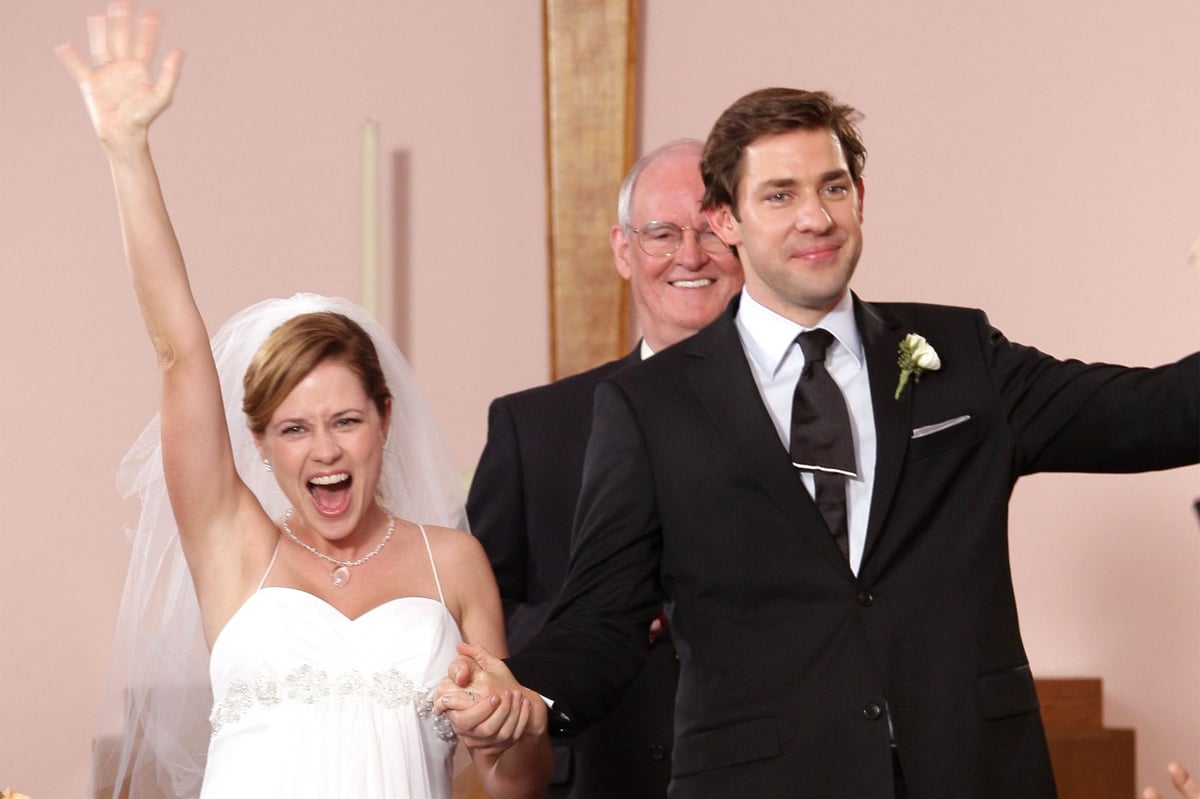 There's never been a TV show that has captured the banality and ridiculousness of office life quite like The Office.

Michael Scott (Steve Carell) is the bumbling, awkward, constantly offensive manager that we've all come across at least once in our professional lives.

Dwight (Rainn Wilson) is the colleague who drives us insane.

And Jim (John Krasinski) and Pam (Jenna Fischer) are a love story for the ages.

But what The Office does best is to stand the test of time. The Office tackles a lot of murky subjects but does it so cleverly and with so much self-awareness that it can't be cancelled, even in 2021.

The Office is also what I would refer to as 'The Quarter Pounder of TV', you know what you're getting going in and it's always satisfying.

The Office is streaming on Stan, Binge, Netflix, and Amazon Prime Video. 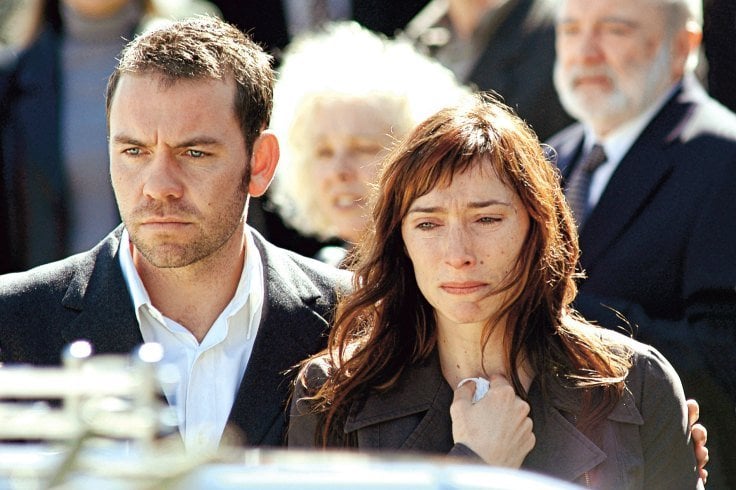 I don’t think I’m exaggerating when I say Love My Way is the most underrated Australian television show of all time.

This little TV gem slipped by almost unnoticed in the mid-00’s and quietly defined a whole generation of Australians.

Love My Way is The Secret Life Of Us meets Offspring meets really gritty - yet fresh - Australian drama.

It’s the kind of show that sneaks up on you, kicks you in the gut, and leaves you wanting more - and it’s a series everyone in their 30s should watch at least once.

It’s a slow burn. The first seven episodes gradually draw you into the Love My Way universe and the characters' complex, yet loving, relationships.

And then in episode eight, it rips the rug right out from under you.

All three seasons of Love My Way are streaming on Stan now.

I May Destroy You. 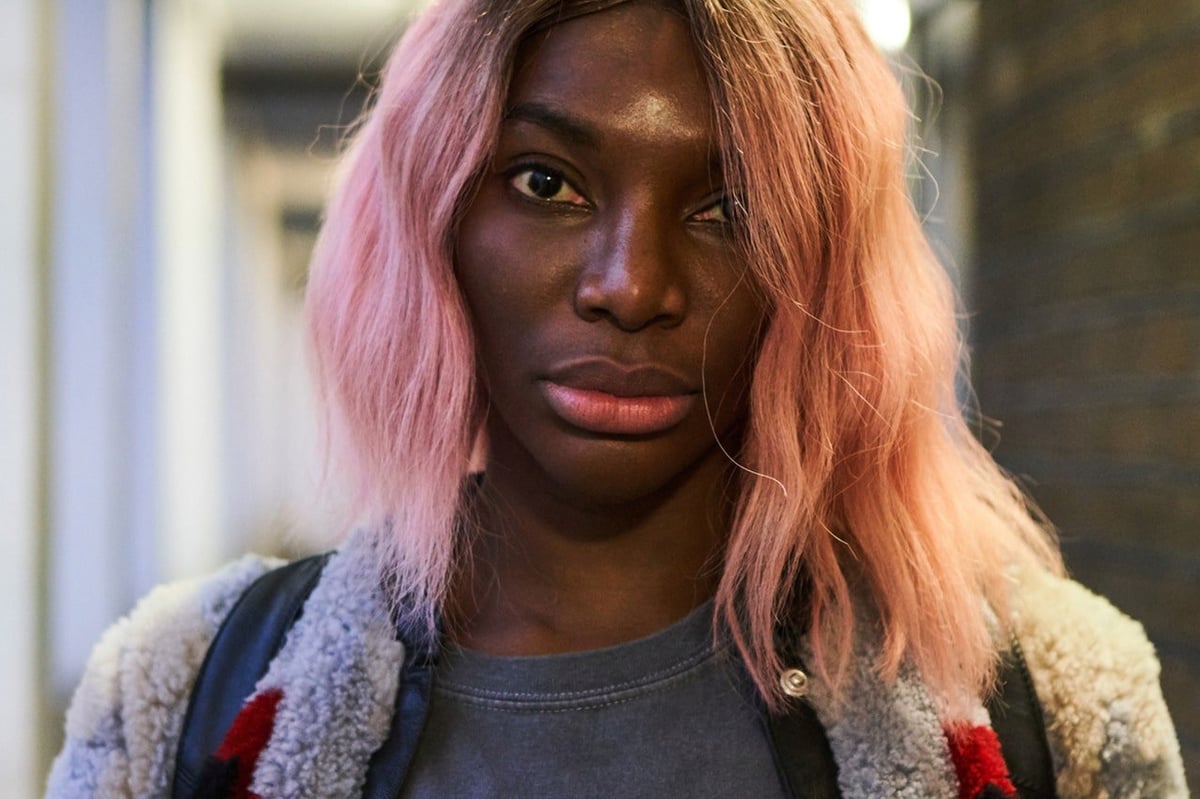 It's been over a year since I first watched I May Destroy You and I still think about it often.

The series is created by and stars Michaela Coel, the brains behind the hit British comedy, Chewing Gum.

The series - which took two and a half years and 191 drafts to complete - is a fictionalised version of Coel's own experience of sexual assault.

In episode one, the show's heroine Arabella Essiedu (played by Coel) is drugged and sexually assaulted. She spends most of the 12-episode season unable to remember the night in question and attempting to put together the pieces of the puzzle to bring her assailant to justice.

While I May Destroy You deals with serious topics, it's punctuated by scenes of pure humour and life-affirming moments.

You can watch I May Destroy You on Binge and On Demand on Foxtel. 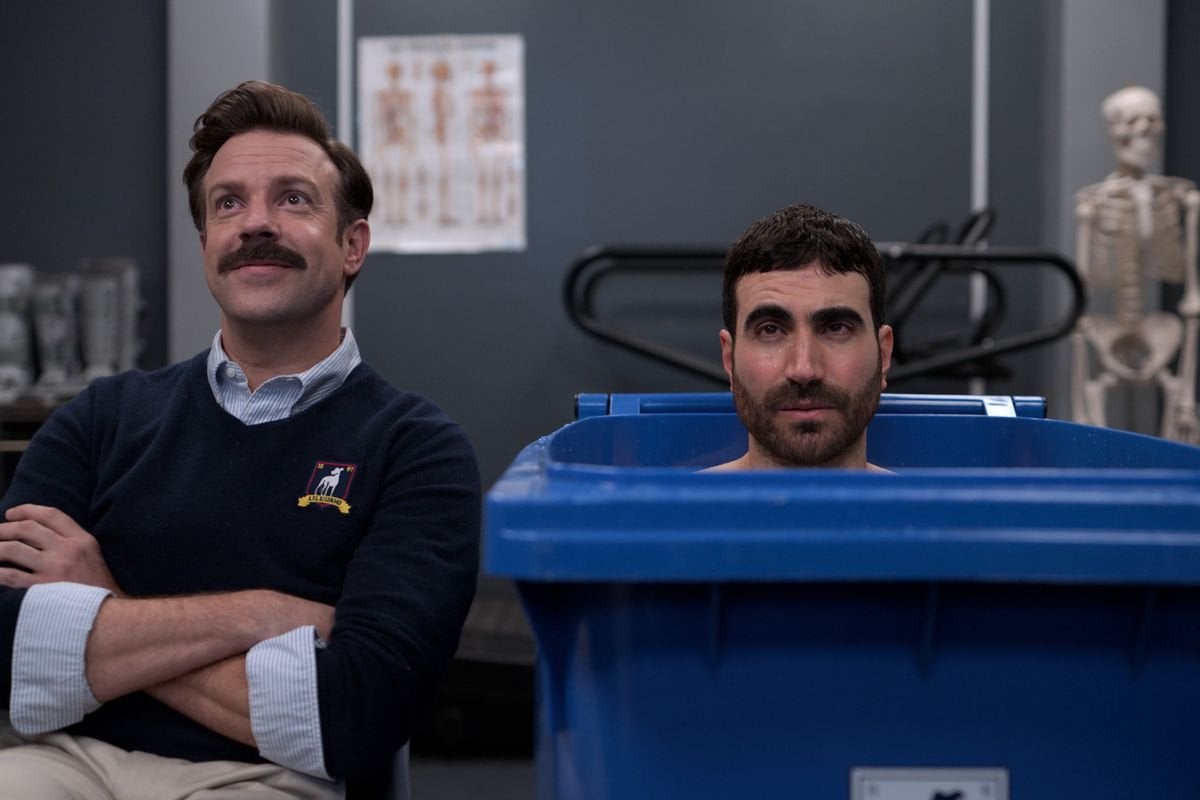 I think if I could choose what heaven looks like it would involve me sitting on a comfy couch, eating chips, while Ted Lasso gives me inspirational speeches and Roy Kent yells at me a little.

That is how much joy I get from watching Ted Lasso.

The series stars Jason Sudeikis as Ted Lasso, an American college football coach who is unexpectedly recruited to coach an English Premier League team, AFC Richmond, despite having no experience in association football.

And knowing absolutely nothing about the game.

What makes Ted Lasso such a brilliant TV show is the main character's relentless positivity in the face of adversity. And Roy Kent's relentless... swearing.

It's heartwarming and funny and exactly what we need right now.

Ok, ok. It was really hard to narrow it down to just 10, so I've also included some honourable mentions:

Only Murders In The Building.

The first season of Only Murders In The Building hasn't finished yet, but gosh it's a brilliant show.

It stars Steve Martin, Martin Short and Selena Gomez as three neighbours who start a podcast when another neighbour dies under suspicious circumstances.

It's funny, warm and compelling and it's on Disney Plus.

This was one of my favourite shows growing up. I just re-watched it and it's really stood the test of time.

The British sitcom follows the story of Hyacinth Bucket (it's Bouquet), her long-suffering husband Richard, their terrified neighbours, and Hyacinth's colourful family.

All five seasons are on Stan.

The Mindy Project is probably the best workplace-based comedy out there, full of quirky characters and ridiculous storylines.

It was also the first sitcom to feature a female lead who wasn't a skinny white woman.

It's the perfect re-watch binge and all six seasons are on Netflix.

I love watching rich people do terrible things to each other.

Succession follows the story of the Roy family (loosely based on the Murdochs), a wealthy media family who find themselves locked in an ongoing battle for power when the patriarch of the family suffers some health issues.

It's like Game of Thrones without the throne and more... money. And nice suits.

Season one and two are streaming on Foxtel Now and season three premieres on October 18.