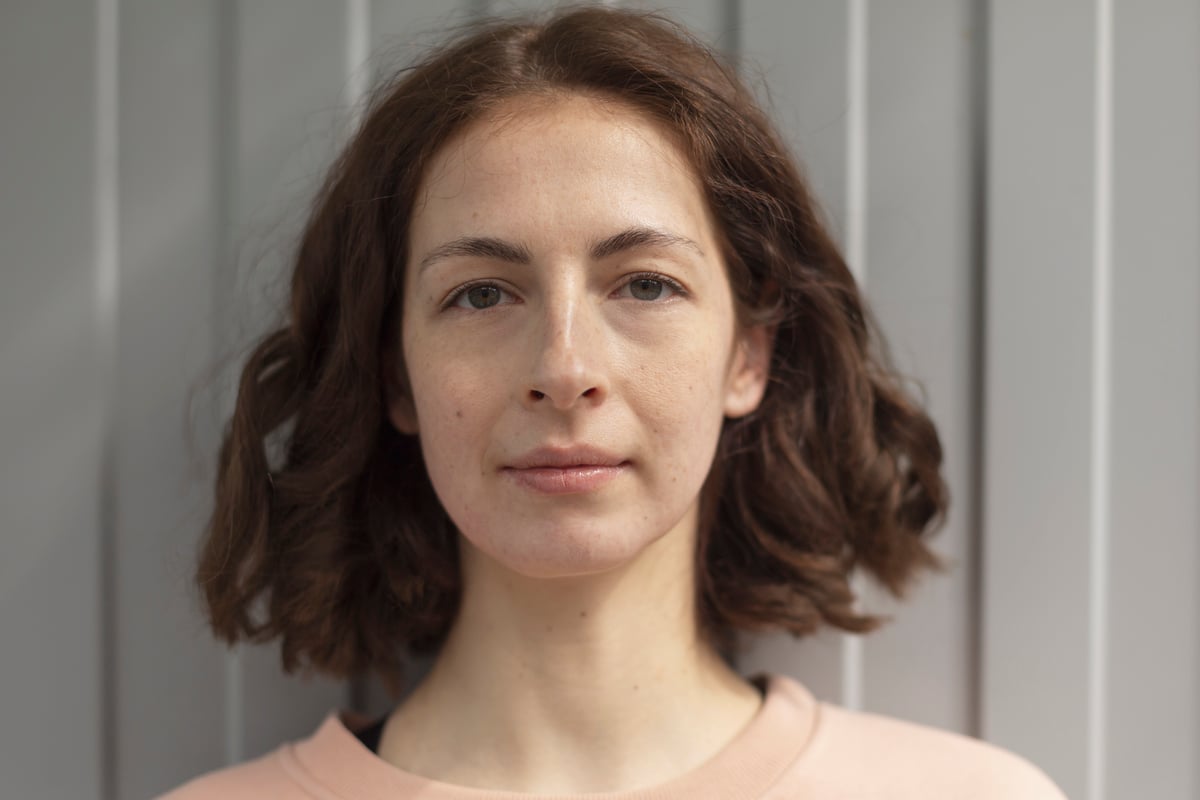 "There are three sides to every story: my side, your side, and the truth. And no one is lying. Memories shared serve each one differently." —  Robert Evans

Many years ago, I lost my best friend to a toxic partner. It destroyed me to lose the most important person in my life. While there is abundant conversation and discussion about romantic breakups, friendship breakups can be just as devastating, if not more  —  most people don’t expect a day where they grow apart from their closest friend.

I didn’t think I would ever reach a point where I would want to relive this loss, or write about it online, but last month, I wrote, 'My best friend got married to a man who hated me. He kicked me out of the bridal party.'

It was the worst breakup I’d ever gone through and sure, it may feel childish, immature even to some, to talk about a friendship break up. Someone in the comments told me "they thought I might be in my 20s" based on my story. (I’m not.) But to me, it was a very real and deep loss.

In my post, I tell the story of how my best friend of many years and I grew apart after she began dating a guy who was very vocal about his religious beliefs. As a former Catholic-turned-atheist, I have always been sympathetic and accepting of other’s views, religious or not, because I hoped that others would do the same for me.

﻿But as she and I grew apart over time, I found out through friends that she had gotten engaged. And when I called her to congratulate her, even though I was hurt that I hadn’t heard of the news from her, it was then that I found out her new fiancé had requested that I be left out of the wedding party because he didn’t want me, an atheist, to stand next to the priest on their big day.

The worst part wasn’t that he dared to ask my best friend to leave me out of her big day, it was that she agreed to it, and when I questioned the logic behind it, she became angry.

That’s when our relationship fell apart.

About a year after the birth of her baby girl, I wished I could call her like old times. We didn’t follow each other on any social media, but I frequently saw old friends post pictures of her baby and the pain of not knowing her daughter was a fresh wound I wasn’t expecting to appear.

I don’t know what gave me the courage to do it, but I called her on the phone one day and she answered. We spoke awkwardly, not knowing what to say or how to respond to each other. Even the sound of her voice felt different than I remembered, but I knew I missed her.

I wanted to move forward and be friends again  —  despite everything that had happened between us. And because she was still happily married to the man who asked her not to include me in their wedding because I was an atheist.

We agreed to meet up while her husband was at work, and although I was relieved I wouldn’t have to face them together after all these years, I wondered if she had mentioned her plans with me. Probably not.

She gave me the address of their house, and after I walked into a home I didn’t recognise, we hugged for a really long time. We sat at opposite ends of her couch, and we looked at each other, not knowing where to start.

So, I finally blurted, "I’ve been missing you a lot lately." She got up to sit closer to me and reached for my hand. "Me too."

We talked for a while, catching up with everything in our lives, while doing an excellent job of avoiding any actual discussion of the wedding.

I really thought I would leave her home after several hours without addressing our issues, and honestly, I felt okay about it. It scared me to open that door after all these years, even though I had come to her home intending to do just that.

Then, she started name dropping her husband more and more, almost like she felt obligated to make his presence known in the home. She filled me in on his recent promotion, how his family was, and other *Fernando related news that frankly, I didn’t want to hear. But for her sake, I listened.

"You don’t need to roll your eyes when I talk about him," she said.

I looked at her. Finally, her defensive side was coming out, the part of her who told me years ago that my being part of her wedding party would impede in "starting her marriage off right".

"I didn’t roll my eyes. I’m trying to listen. It’s slightly uncomfortable to talk about him so casually without addressing what happened between us."

"Okay, you’re right. Fine. Let’s talk about why you hate him so much. He is a wonderful husband and an amazing father, and I wish you knew that side of him."

"I… I don’t hate him, Alison. I hate that we were once best friends; we were like sisters. And when he asked you to leave me out of the wedding, you agreed. That’s what hurt me."

"That’s not the way I remember it," she said.

And only after she said those words did I realise that the memories I have of the entire event may differ from hers.

Not because I was being dishonest, but because two people can have very different sides of the same story.

As the Robert Evans’ quote goes  — "There are three sides to every story: my side, your side, and the truth. And no one is lying. Memories shared serve each one differently."

I was willing to accept that emotions were running high then  —  she was stressed with wedding plans and I was feeling so distant from her.

So, we sat and dissected the stories we had been telling ourselves (and others) all these years.

I thought she had already said the worst things she’d ever say. But I was mistaken.

I won’t write our conversation line by line, but she accused me of being rude to her husband when they were dating, which she assumed was because I was "obviously" jealous of how he was coming between us.

She also told me that she constantly felt bad that I was single while everyone around us was "coupled up" and she didn’t want to make me feel more alone, so they stopped inviting me around. (I looked at her with a sarcastic 'really?' stare after this one.)

And finally, she admitted that because I had lost my faith, and she had reconnected with hers because of her husband, she didn’t want me to affect her relationship with God.

"That’s not how I remember things at all. And above everything, I’m sorry that you think my personal views would somehow get in the way of your relationship with God. I have always been the type of person to respect other’s views, you know that. I’m that way because as an atheist, few people take my views seriously and respectfully. I just never thought you would be one of them."

We went many months without talking again, and I reached out to a few mutual friends because I wanted to know how differently they remembered the events that took place.

Most people told me that between us, her fiancé would always find an opportunity to talk badly about my religious views when I wasn’t around, saying that I was a horrible influence on her. And at first, she would defend me, but after a while, he stopped mentioning my name in conversation because she did too.

From what I’ve gathered, I think he really concluded that my personal beliefs would somehow "rub off" on my best friend and "ruin" her. That broke my heart the most  —  that someone who claimed to be so kind and devout would write me off as a sinner that his wife would be better without.

I don’t know what goes on behind the scenes of her marriage and I never will.

None of us know what happens between the lines and the celebratory posts on social media. And we shouldn’t read too much into what we see online  —  because most people are only willing to share their best sides.

I don’t foresee a day where Alison and I will be as close as we once were, and I’ve found peace in that news. It’s part of life; couples break up, friends grow apart, and sometimes, unfortunately, political or religious views divide us.

But one thing I have always been careful about since I left religion, and even more so after her retelling of our friendship, is to respect the views of others as you wish they would respect yours. Each person is entitled to their own beliefs  —  all I can control is how I portray myself. I can’t control how the beliefs of others influence their perception of me and my views.

When we reflect on our old relationships, romantic or platonic, unfortunately, we only ever get to tell our side of the story. And we have to accept that somewhere else in the world, someone else may have a slightly different story about what took place, and there is nothing we can do about it  —  except be as honest as we absolutely can be with every word we say and write.

Reply
Upvote
I lost my best friend the day I lost my husband. My ex & I spilt up over 6 years ago & my best friend of 20+ years “took his side”. When deciding to leave my husband I consoled myself that Id have my best friend to support me. Her betrayal was worse than his. I’ve never gotten over it. The shock & grief I felt & still feel at the loss breaks my heart.  I have a better understanding of her choice, if she could convince herself the break up was my fault then she wouldn’t have to look hard at her own marriage.   I am grateful I don’t have her toxicity in my life but I do miss the friendship we used to have.