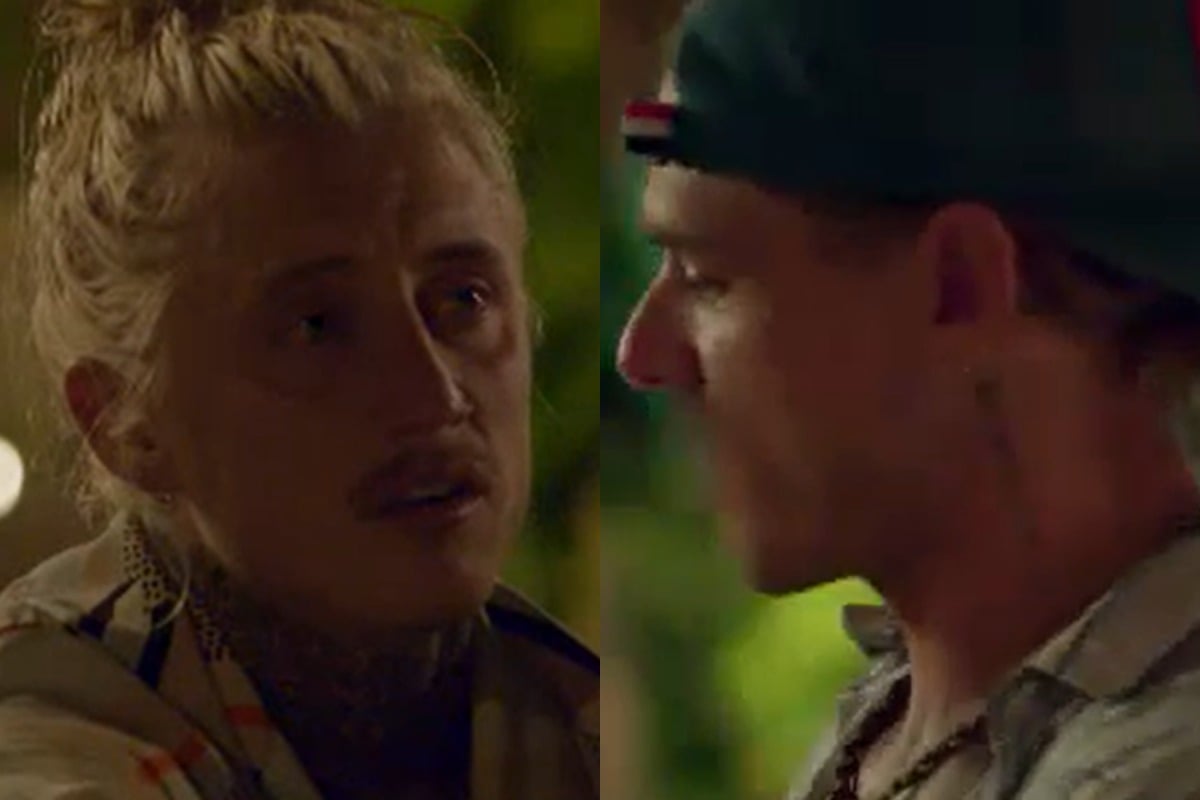 We're picking up right where we left off.

After approximately nine hours, Helena and Jake have returned from being held hostage by Osher their awkward date.

In the hours they spent, uh, not talking to each other, Helena and Jake have returned to find a rogue Renee, who is still being consoled by producers, and Ciarran, who is running around shouting that "THIS IS BOLLOCKS, INNIT." 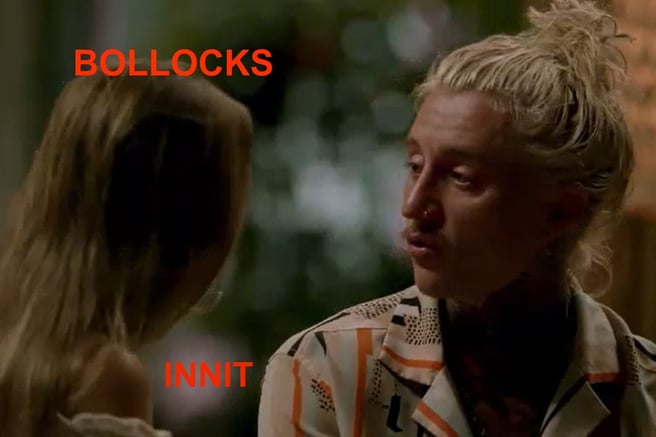 After chatting to Renee about their split, Ciarran tells Jess that he's thinking about leaving Paradise. She tells him she wants him to stay, and it's a 'lil bit awkward because they've literally been dating for 12 hours.

Elsewhere in Paradise, the contestants are discussing that one time Timm continually stirred the pot at the ~Bula Banquet~.

After realising that he may have taken things a bit too far, Timm runs over to Ciarran and the pool guy Glenn and announces that he's also thinking about leaving Paradise.

GUYS. IT'S BEEN THREE DAYS. CHILL.

Watch: Jamie responds to Timm threatening to leave on Bachelor in Paradise. Post continues below.

He rushes into Timm's room and begins begging him to stay.

"I NEED YOU HERE. YOU KNOW I CAME HERE BECAUSE OF YOU," Jamie shouts, while crying.

"TIMM, PLEASE. YOU KNOW HOW MUCH YOU F*CKING MEAN TO ME."

Sweetie, no. We've talked about this. You need to calm the hell down.

"I'll see you on the outside. I'm not dying, bro," Timm responds. 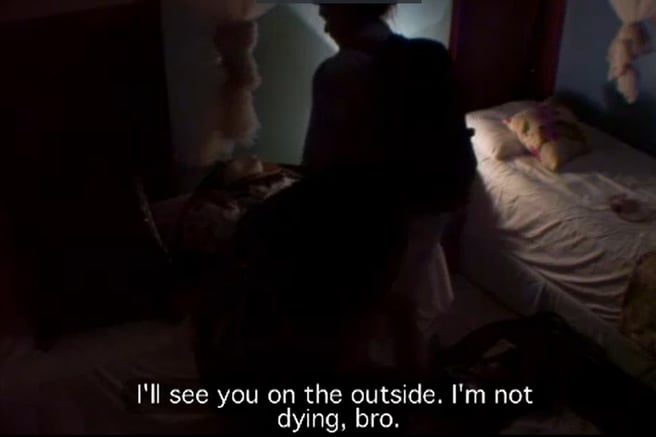 "BUT I WANT TO WAKE UP AND SEE YOU EVERY MORNING. YOU'RE NOT WALKING OUT ON ME," Jamie responds.

After Jamie runs to Brittany H for help in tears, she attempts to convince Timm to stick around.

She tells him she wants him to stay, and he decides to sleep on it.

But when Jamie returns to Timm's room, he finds that Timm, who happens to be in Brittany H's room, has disappeared.

"I have to stand by my man," Jamie announces, as he begins to pack up his bag and head for the exit... without his passport or phone.

But once he arrives at the exit, a producer informs Jamie that Timm hasn't... left.

Jamie carries his luggage back into Paradise, and it's awkward for all of us.

"I think this is something that I will remember for the rest of my life," Mary tells producers, and same. 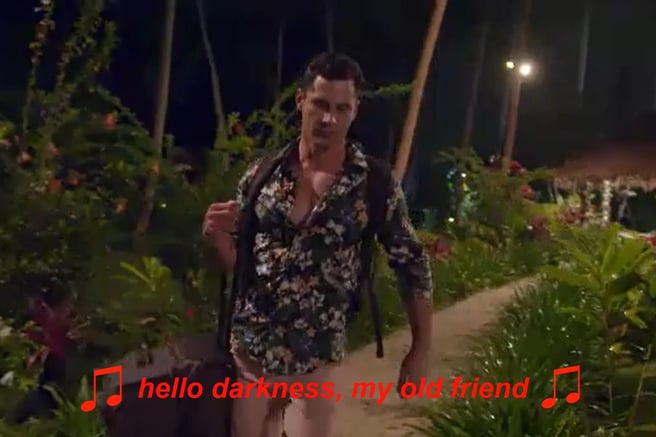 It's the next morning, and Ciarran, Timm and Jamie are still... in Paradise.

Well, that was a lot of drama for nothing.

Alisha from the Honey Badger's season of The Bachelor has arrived, and she has promptly fallen in love with Glenn. Cool.

But just as she starts to approach Glenn, Osher arrives to whisk her away.

He tells her she'll be going on a blind date with three men who have nothing to do with the Bachelor universe, which seems unnecessary, but okay.

The men, who have been nicknamed the "cleanskins", are apparently named Tim, Chris and Conor.

But when Alisha arrives, she meets the exact same guy in three different outfits. ¯\_(ツ)_/¯ 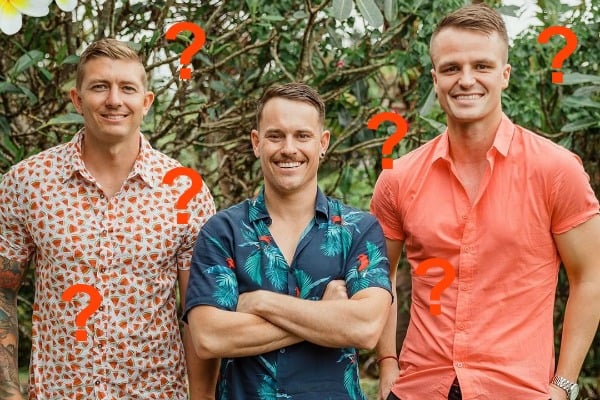 Back at the villa, Jess is teaching Cass and Mary to twerk when a rogue man, presumably "Aquaman", is spotted swimming in the ocean.

ALEX IS HERE. ALEX IS SWIMMING TO PARADISE. 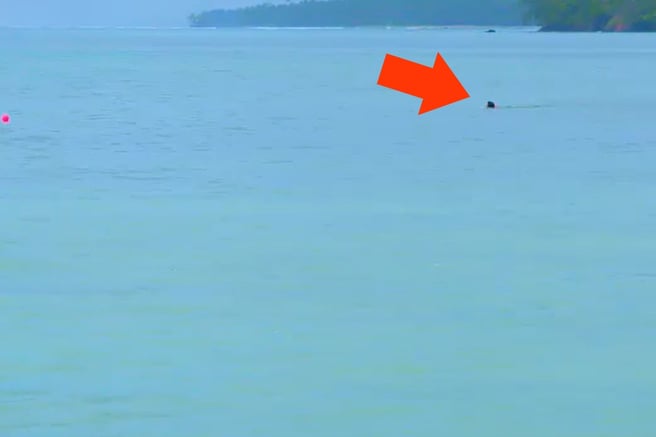 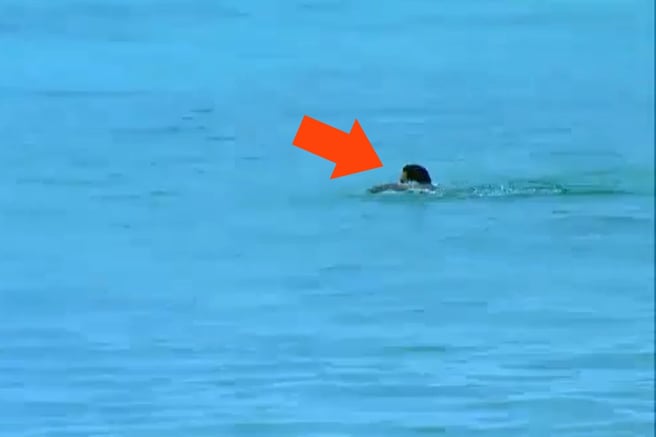 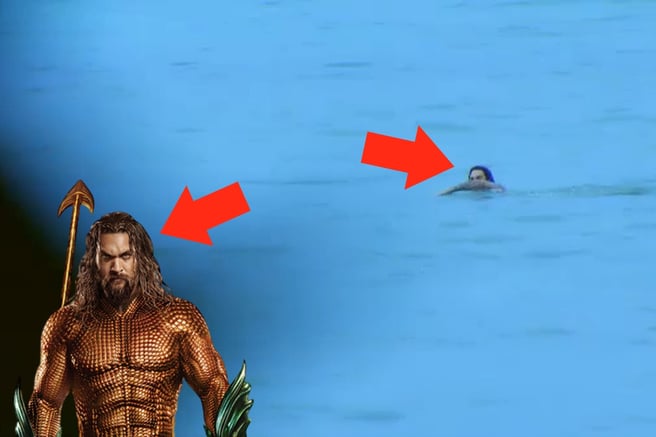 If you've kind of forgotten who Alex is, we don't blame you.

Despite somehow making it to the top six of Angie's season of The Bachelorette, we didn't exactly... see him talk.

But before Alex has a chance to FINALLY get some well-earned screen time, Alisha and the three "cleanskins" have arrived at the villa.

The other contestants are a 'lil bit confused because a) they don't hang out with people who haven't been on reality TV, and b) it's actually the same man in different outfits.

Meanwhile, Alisha has decided to take Glenn away "for a chat".

They talk about their feelings and admit that they both like each other... until Alisha accidentally calls him Greg. 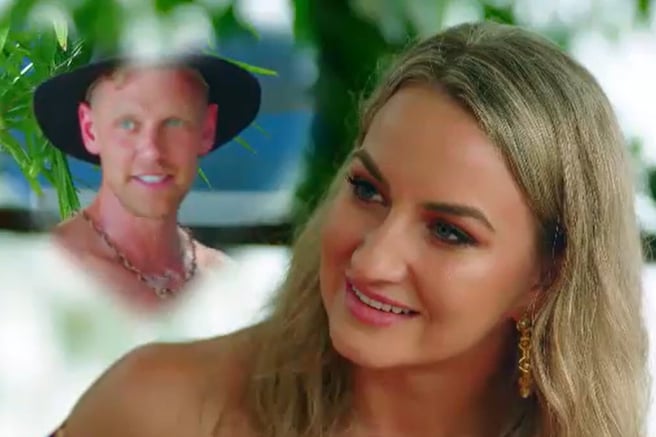 The next day, Mary arrives with a date card, which goes to one of the "cleanskins", Conor.

He picks Conga Brittany for her first ever single date and WE'VE NEVER BEEN MORE EXCITED FOR ANYBODY. EVER.

But just as Conga Brittany is getting ready to leave, she's struck down with Bali Fiji belly.

She's put into self-isolation, which is... triggering for us all, and Conor makes his way back to the group.

Elsewhere in Paradise, Glenn decides to take Alisha away for a mini date.

They take off their clothes and cover each other in body butter and it's uncomfortable for us all.

After kissing under a pile of banana leaves, Alisha tells Glenn that she'd like three kids, pls.

We're back at the villa, and Osher has arrived.

He announces that there are eight women and 10 men, which means two men are going home tonight.

Later on at the cocktail party, Niranga, who has been giving Cass foot massages (???), is telling Jake that he hopes he'll get a rose from her.

Jake, who seemingly hasn't partnered up with anyone, gets weirdly mad about the prospect of "friendship roses". Cool.

She's back. Conga Brittany has emerged from quarantine.

After friend-zoning her multiple times, Jamie takes conga Brittany away "for a chat" hoping to secure her rose.

She tells Jamie that she'll give him her rose and NO. WHAT ABOUT THE CLEANSKIN???

It's time for the rose ceremony. 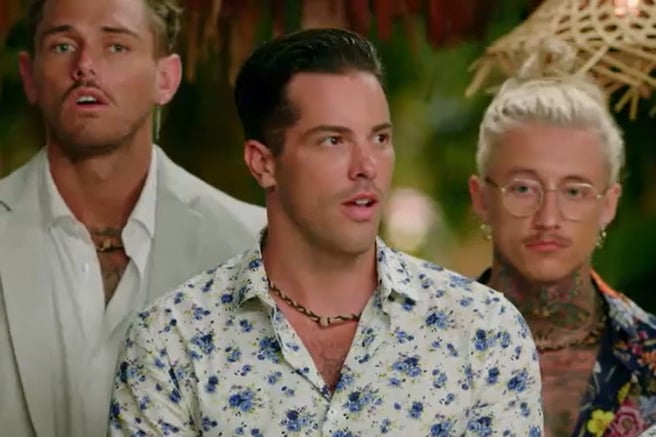 He tells the group that he "doesn't want to receive a friendship rose" and that some contestants are just "taking it easy" in Paradise.

"I did find love [in Paradise] and if this experience has taught me anything, I'm still in love," Jake tells the group.

"I think I'm going to make the decision to not take someone's rose. I'm gonna take a chance and go fight for what I love. I'm still in love with Megan."

One of the "cleanskins", Tim with one M, is sent packing.