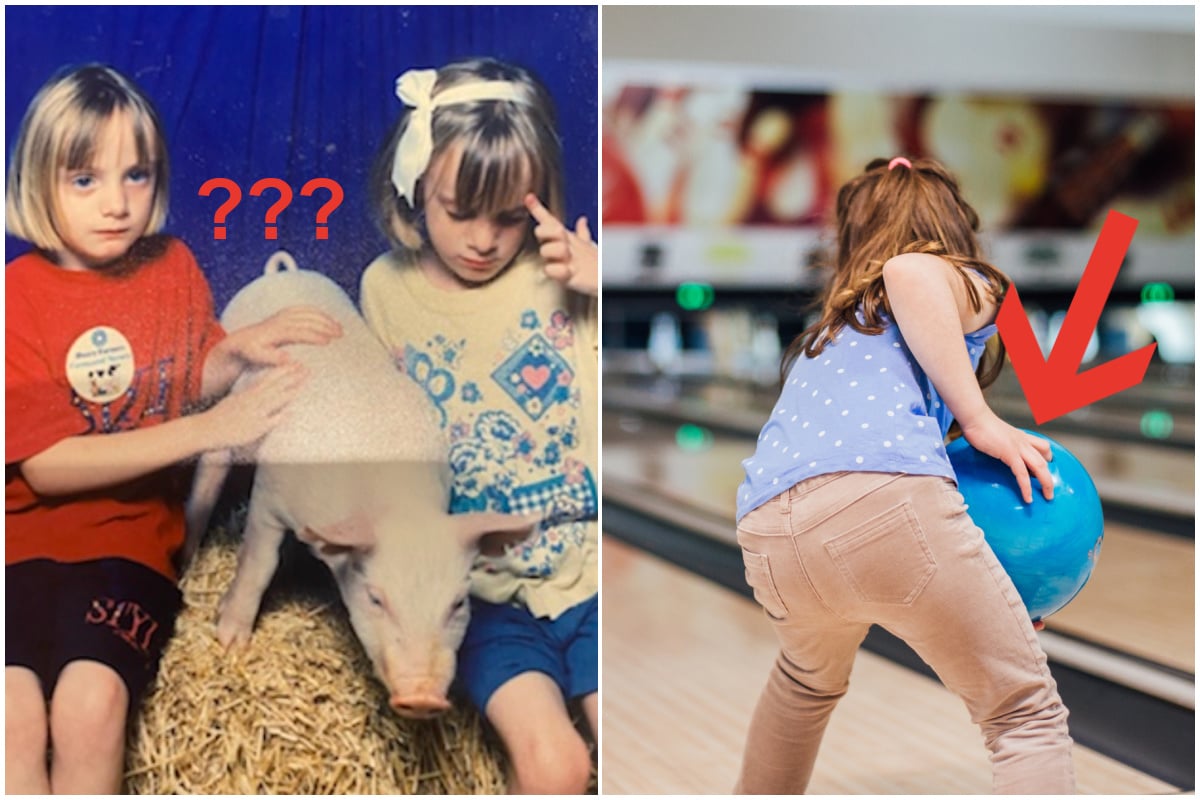 When I think back to how I spent my school holidays as a child, I vividly remember the time we found a cat.

It was hiding under our house and we fed it some off-meat from the fridge and it never left. We named it Cat.

In hindsight, part of the reason we found Cat was because we were bored as f*ck. Were we away? Hell no. We were located firmly in the backyard of a house that also contained our Nan, who used the holidays to get us to do 'jobs' for her for coins. With those coins we would buy chips and maybe a Gaytime, if we were truly wealthy.

It was only when I got to university that I realised other people's school holidays were a little... different. There were skiing holidays. Overseas trips. Holiday houses. Camps. Boats.

In some sort of rich people magic, kids who went to private schools always finished the term/year significantly earlier than everyone else?

They'd be wandering the streets in the middle of the day on December 1 while my school was finishing up as late as legally possible. Like it's summer I have sh*t to do? Like hang out at my private school friend's pool because we don't have air conditioning?

Why, please, is this the case? And if it's a rich people cheat code may I pls have it?

Coming back from holidays with braids.

I distinctively remember the day in primary school one of my good friends returned from holidays with her hair in tiny braids, with colourful beads at the ends. Yes, her scalp was sunburnt.

She had been to a mysterious foreign land called Vanuatu, and I had so many questions. How did she get there? Where did they stay? What would her hair look like when she undid the braids? 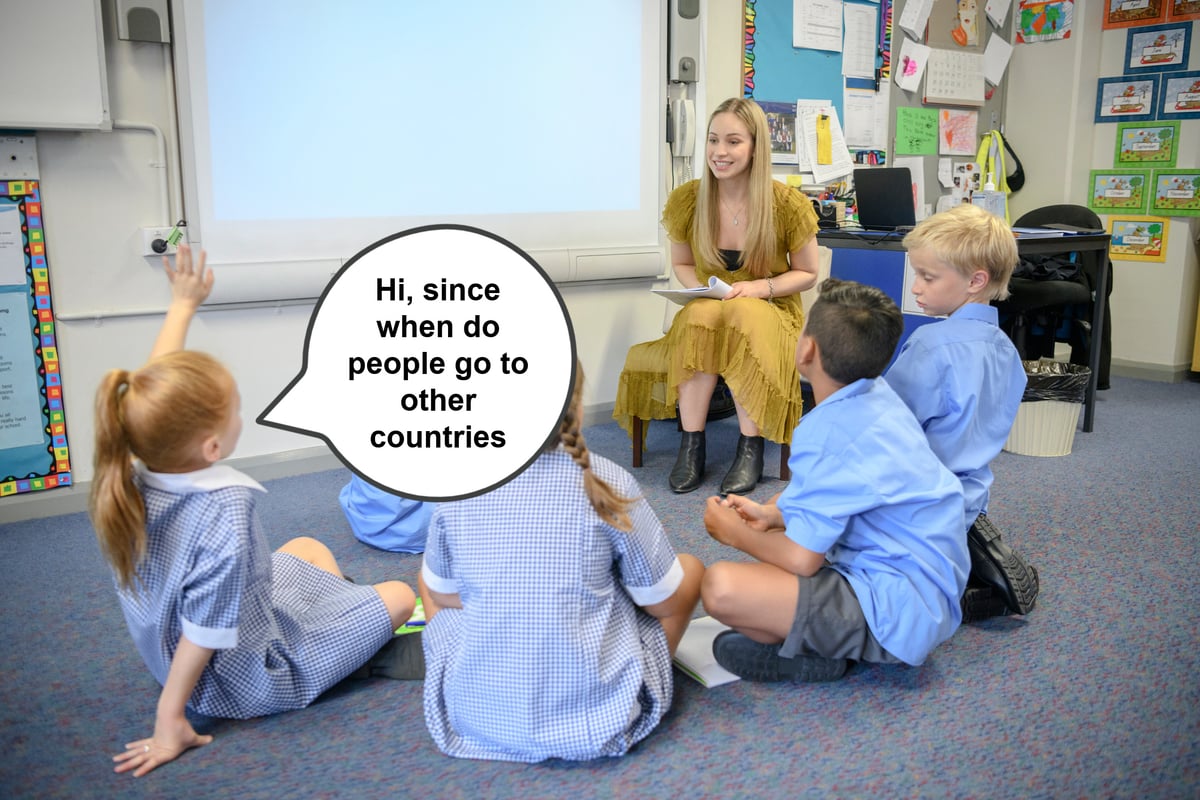 Yes sweetie, it's a lot to get used to. Image: Getty/Mamamia.

In 2022, I'm fairly certain getting braids in Bali or Thailand or Vanuatu is considered cultural appropriation. But back then, it was the ultimate symbol of richness. Because not only did you spend your holidays somewhere other than your street, but your parents also paid actual money for a very temporary hairstyle.

Having a family Christmas card.

Speaking of holidays, there was always one family who had a personalised card at Christmas time. And yeah, they were wealthy.

Not only did you pay a photographer for a photoshoot, but you had that photo printed. On thick paper. In colour. And sent through the mail. Using stamps. Which cost money.

Only rich kids could afford to do proper, organised, indoor activities during the school holidays. In places that had air conditioning.

I remember begging my mum to let us go ice skating, and in hindsight I entirely understand why she said no.

1. It's expensive when you multiply the cost by four kids.

2. Someone always gets injured. 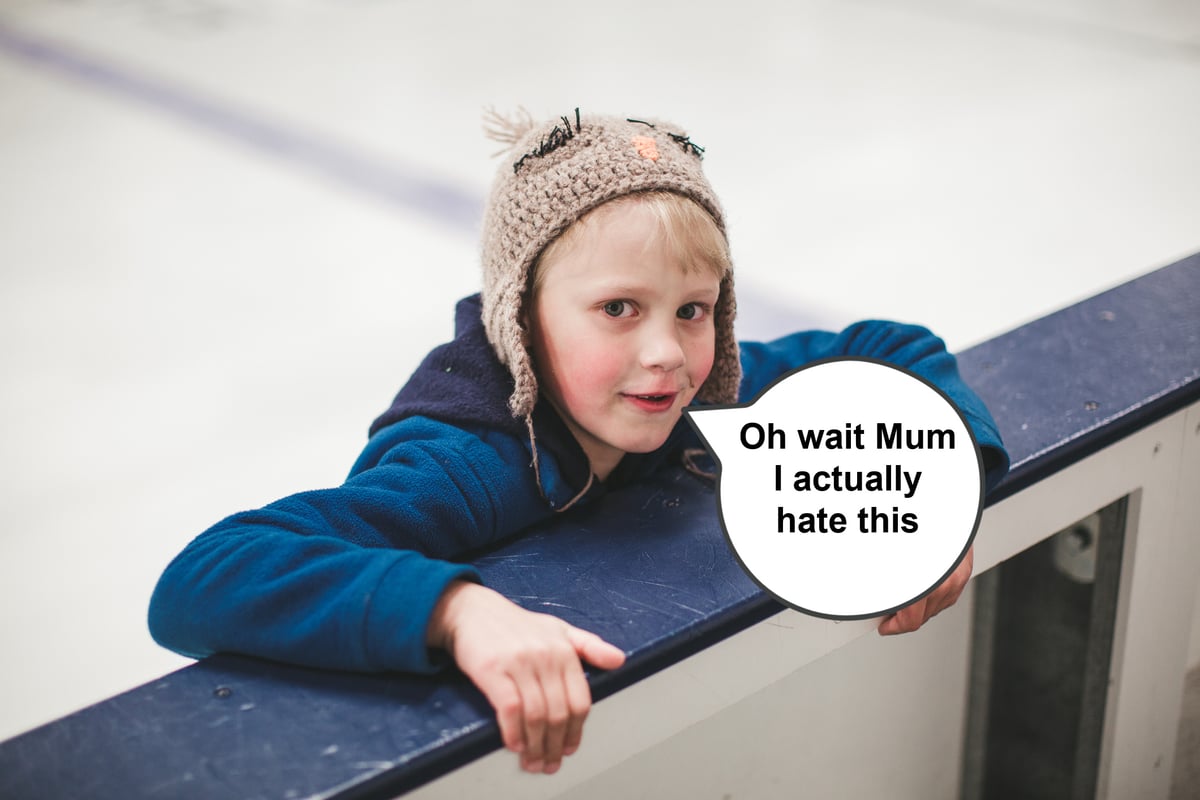 Ten-pin bowling is also very expensive, especially when you consider that you simply must buy a frozen coke and hot chips when you go.

Having a holiday house

Certain kids would go to the same place every school holidays. Why? Because their parents owned a house there.

And they full had friends? That they'd hang out with there every holidays? Because they all had holiday houses?

Like okay, I'll just be on my street with my cat.

I thought it was a rule that you had to spend Christmas Day with your extended family, at the home of your Gran and Pop/Aunty/Uncle, etc.

It would be hot and there would be a plastic trestle table set up in the garage. There would be bon bons, and by lunchtime everyone would be wearing the colourful paper hats that come out of them.

But apparently that's not a rule.

And if you want, you can go to Europe. Or America.

It just costs you one million dollars.

Having a swimming pool.

At this point, I have to acknowledge my privilege. Because while I did not grow up with a pool (which meant we always seemed to magically appear at acquaintance's houses on hot days with our swimmers), we moved to a house with a pool in high school.

And yeah, it meant I was rich.

Sometimes the pool was green which didn't do much for my newfound wealthy image, but there was a pit of water, and you could swim in it. 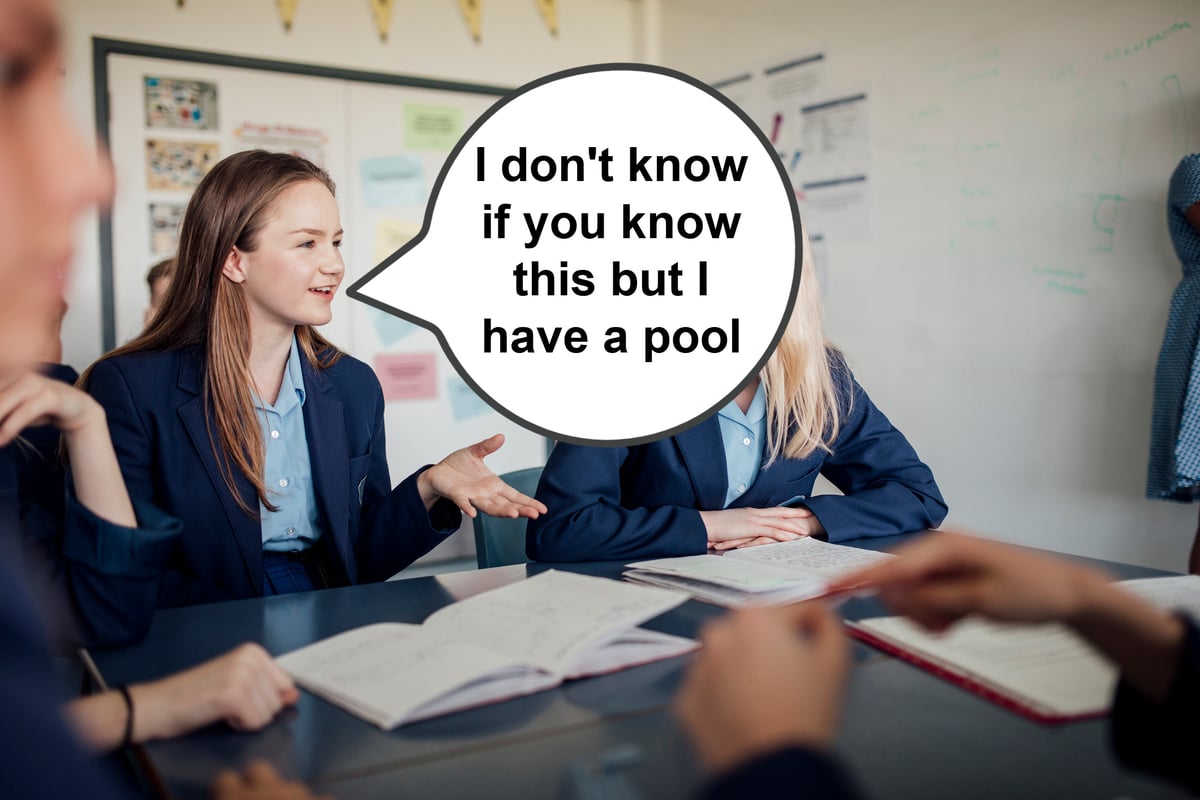 'Yeah, I heard Stacey got sick from swimming in it?' Image: Getty/Mamamia.

Not having grown up with a pool, however, meant we were not cool pool people. We didn't have exciting pool accessories. I couldn't do a flip into the pool. I wasn't very good at pool handstands.

But that didn't stop me from inviting everyone to my house in summer for a swim and maybe a Zooper Dooper if they were lucky.

Getting a 'santa sack'.

Rich children get a santa sack filled with gifts and it's wild.

Ok but why is your Santa richer than my Santa.

If you had a santa sack during the Christmas holidays, you were wealthy AF.

I remember coming back to school after the summer break and some kids telling the class about their gifts during news/show and tell. It was humble-braggy and I didn't like it.

They were almost always given a massive packet of Faber Castells, whereas all my pencils were broken and offered a total of three different colour options.

But pencils aside, being a rich kid has its downsides. They didn't have a cat called Cat