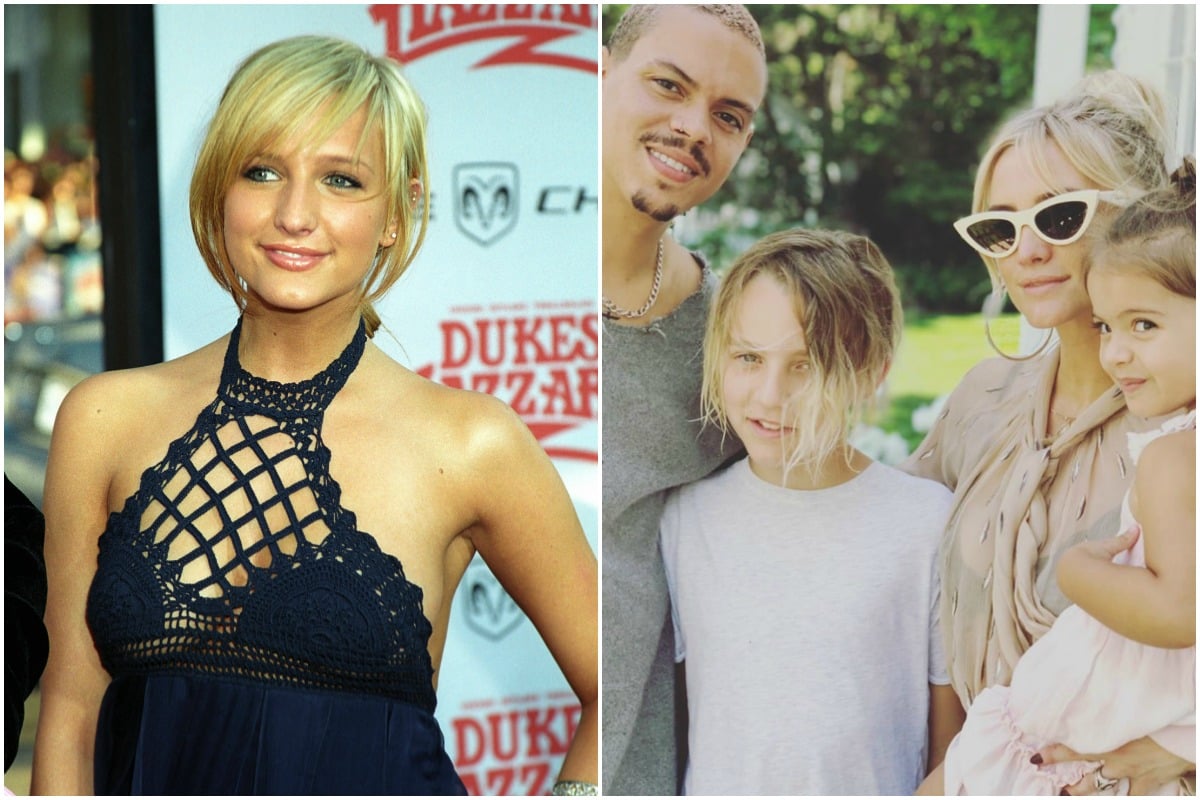 On October 23, 2004, Ashlee Simpson stepped onto the legendary Saturday Night Live stage to perform her single ‘Pieces of Me’.

It should have been a major highlight in her career.

But instead, it marked the beginning of her downfall.

When Ashlee began to perform ‘Autobiography’ as her second song of the performance, the vocals for ‘Pieces of Me’ began playing in the background, exposing the singer for lip-syncing her performance.

As her band continued to play in the background, Ashlee awkwardly stood completely frozen. Finally, after breaking out into a bizarre country-style dance, the singer, who was just 20 years old at the time, walked off stage.

Here are just six of the television sisters we love watching. Post continues below.

In the weeks that followed, the singer was hit with constant backlash, leading Ashlee to claim that she had acid reflux meaning she couldn’t sing live.

But although Ashlee’s singing career continued for several years after the incident, she eventually faded from the spotlight.

In 2018, after almost a decade of maintaining a low-profile, Ashlee returned to the spotlight with a new reality show – Ashlee + Evan – which documents her life with her husband Evan Ross, who is an actor and the son of singer Diana Ross.

Now, two years on from Ashlee’s return to the spotlight, this is what her life is like.

If you watched a lot of TV during your teenage years, Jessica and Ashlee Simpson certainly need no introduction.

The pair, who were both born in Waco, Texas, first launched their respective careers in music and television when they were just teenagers.

Jessica, who is the eldest of the two siblings, was the first of the two sisters to pursue a singing career, releasing her debut album ‘Sweet Kisses’ in 1999.

As her sister began to make waves in the music world, Ashlee pursued a career in acting and in 2002, she joined the cast of 7th Heaven as Cecilia Smith.

The next year, Jessica and her then-husband Nick Lachey launched their very own MTV reality TV show, Newlyweds: Nick and Jessica.

It was a show ahead of its time. After all, it debuted years before Keeping Up With The Kardashians.

While the show chronicled the couple's relationship as a newly married couple, it also provided a platform for Ashlee.

In fact, following the success of the series, Ashlee received her very own spin-off series, The Ashlee Simpson Show, which would focus on the recording of her debut album.

Amid the release of the reality show, Ashlee famously dyed her blonde hair dark in the hopes of distinguishing herself from her sister.

In 2004, Ashlee's debut album, 'Autobiography', was released. Thanks to the success of her reality show, the album became the highest-selling debut album by a female artist that year.

In the years that followed, Ashlee went on to release two more albums – 'I Am Me' in October 2005 and 'Bittersweet World' in April 2008.

Unfortunately, neither album managed to surpass the success of her debut.

In 2009, Ashlee returned to television when she appeared in the revamped series Melrose Place. Although Ashlee played the role of Violet Foster in the series, she was written out of the show after just 12 episodes.

For almost a decade, Ashlee Simpson stepped away from the public sphere to focus on raising her children.

Upon finally stepping back into the spotlight in 2018, the singer looked almost completely unrecognisable from her early days.

In 2018, Ashlee + Evan, the couple's reality series, premiered on E! and the same year they released their debut single "I Do."

In October 2005, Ashlee began dating her band's drummer, Braxton Olita. The pair's relationship came to an end in July 2006.

A few months after her split from Olita, it was confirmed that Ashlee was dating Fall Out Boy bassist Pete Wentz.

In February 2008, Ashlee was spotted wearing a diamond ring on her left hand.

Although she initially claimed the ring was a promise ring, the couple confirmed their engagement in April 2008.

On May 17, 2008, Ashlee and Pete were married in California, with Ashlee's father officiating the ceremony.

Following their wedding day, Ashlee changed her last name to Simpson-Wentz and two weeks after the wedding, Ashlee announced her pregnancy.

In November 2008, the couple welcomed a son – Bronx Mowgli Wentz.

In February 2011, however, Ashlee filed for divorce, citing irreconcilable differences.

Speaking to Howard Stern following their divorce, Pete admitted that he thought he would be married to Ashlee "forever".

"I thought it was forever," he said. "My parents have been married, I think, 35 years. I don't really know. Forty years, this year, maybe? But at the same time, we were both very young."

He also shared that the couple's place in the public eye also played a role in the divorce.

"I think there's an important thing where you know how to fight, because you can fight with somebody and it's not the end of everything," he told Howard Stern. "But if you don't know how to have those arguments, then they become nuclear. And we were doing this all in the public eye, which doesn't help."

She began dating Evan Ross, the son of Diana Ross, in July 2013.

The couple were engaged in January 2014 and got married at Diana's Connecticut estate in August 2014.

In July 2015, the couple welcomed their first child together – daughter Jagger Snow Ross.

In 2018, the couple shared their hopes to have another child.

"I'd love more kids. We're definitely having another one," Evan said.

"I want to finish this album and then definitely, for sure. Definitely one more, and then we'll see what happens after that," Ashlee added.

"We are pregnant and we are so excited to share it with everyone. Baby number three," she posted.

We are pregnant and we are so excited to share it with everyone. Baby #3 ♥ Thank you @clearblue #clearbluepartner #clearblueconfirmed During this unprecedented time, we know pregnant women may be under greater stress which is why we are supporting @marchofdimes Mom and Baby #COVID19 Intervention and Support Fund. Check out their Instagram page to see how they are helping moms and babies get the care they need now and in the future.

Announcing her pregnancy during the coronavirus pandemic, Ashlee added: "During this unprecedented time, we know pregnant women may be under greater stress which is why we are supporting @marchofdimes Mom and Baby #COVID19 Intervention and Support Fund. Check out their Instagram page to see how they are helping moms and babies get the care they need now and in the future."

A source shared with People, "Ashlee has been wanting another baby for a long time. They always wanted a big family."

The couple also have a positive co-parenting relationship with Pete Wentz, who now has two more children with his partner Meagan Camper.

"It's great. We have a great family. We're all close friends, thank God," Ross said.