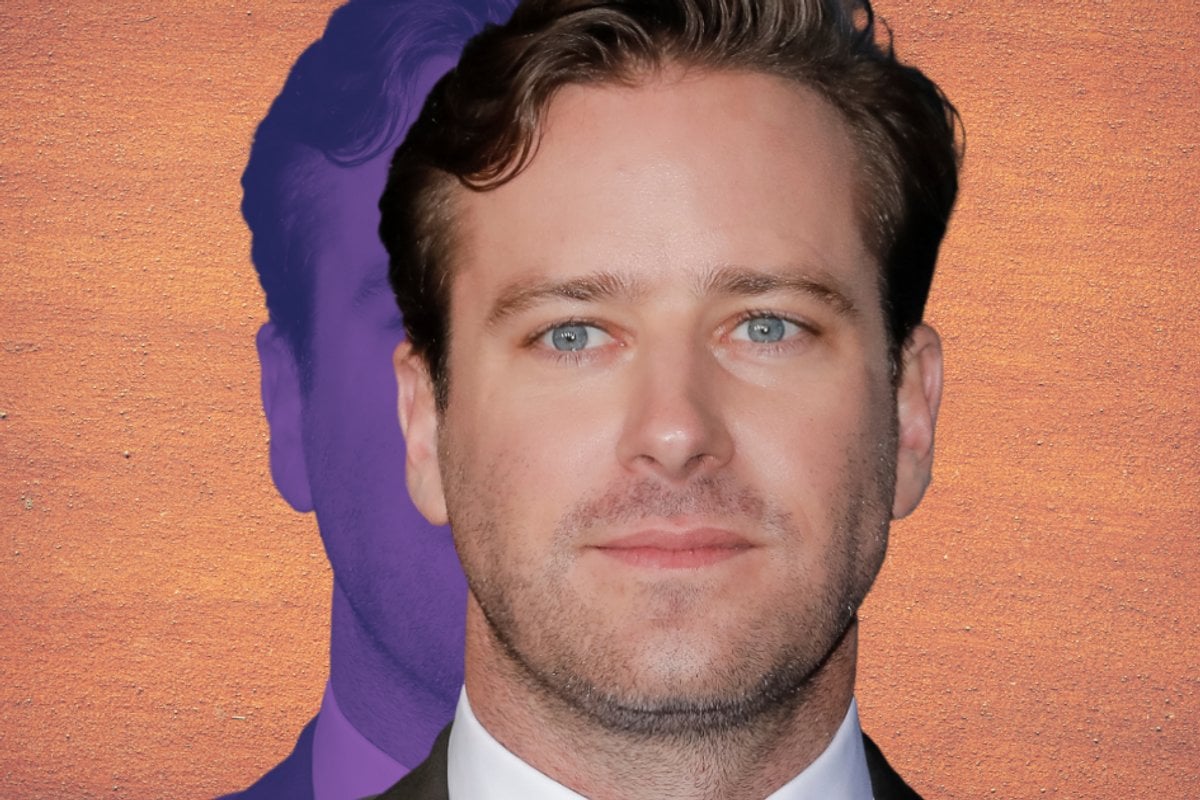 "So you were willing to let him do it, and allowed him to do it? You're as bad as he is."

If you’re going to click on a viral tabloid article about a woman sharing her allegations of sexual abuse, prepare to feel like you’re walking through an unchecked minefield — unsure if you’re going to stumble across words of support or a scathing attack with each scroll.

The above comment was taken from an online tabloid report about Paige Lorenze, a 23-year-old influencer, content creator and design student, who recently made allegations against Hollywood actor Armie Hammer — a man we've also been hearing a lot about for the last three weeks.

To catch you up, Lorenze alleges that Hammer wanted to find a doctor in LA to remove "the ribs [she didn't] need" so he could smoke and eat them.

How to work out whether or not you're a feminist... Post continues below.

After having sex with Hammer, Lorenze says she was covered in bruises. On KIIS FM's Kyle and Jackie O Show, Lorenze said she asked Hammer "how am I supposed to see other people when I have bruises?" to which he encouraged her to "show off" the marks and "be proud of them".

Lorenze also says they engaged in 'knife play' which made her feel unsafe.

"He basically tied me up and he was doing knife play... Knife play made me the most uncomfortable out of everything that happened," she recounted on radio.

"He looks over me and says, 'Where am I going to put my initials on you?' He chose a spot and did it."

Hammer then allegedly proceeded to engrave an 'A' into her pelvis.

Lorenze also alleges Hammer took and distributed intimate photos of her without her consent.

According to Lorenze, and a number of other women, he coerced sexual partners into particular behaviours, with allegations ranging from emotional to physical abuse.

Hammer – it's important to note – denies any of this took place, and his lawyer insists, "Any interactions with this person, or any partner of his, were completely consensual in that they were fully discussed, agreed upon, and mutually participatory."

According to this commenter’s logic, Lorenze, who was fresh out of a difficult relationship before meeting Hammer, is somehow worse than the man who she alleges branded her with an 'A'.

I was shocked when I first read the comment. Were we reading the same article? But after pondering it for a few moments, I released that maybe I wasn't surprised after all. Dozens of other comments echoed the same sentiment.

Another said, "and yet she stayed with him, huh."

One particular commenter wrote a paragraph 'analysis' on Lorenze’s story. Wrapping up with the conclusion that Hammer isn’t a "mind reader". They also noted, “When she says she let it go on because he was manipulating her, what she really means is, 'I didn’t want to stop seeing a movie star'."

House of Effie (@houseofeffie), who was one of the first women to accuse Hammer, has also been subject to frequent attacks online. Instead of acknowledging the allegations, some people are more focused on their supposed extramarital relationship — 'didn’t she know he was married?', some voices have asked.

But didn’t he know he was married? Why aren't we asking that question?

There’s also Courtney Vucekovich, who has shared various screenshots on Instagram of people hounding her with harassment, including one user calling her 'puta', meaning 'slut' in Spanish.

And, to be clear, the harassment and misogynistic comments are not only coming from men. The truth is that women can be just misogynistic. Women can be the worst culprits when it comes to ‘slut-shaming’ and denouncing another woman’s sexual choices.

As I trawled through the comments addressing the Armie Hammer allegations, the most alarming comments appeared to be coming from women.

When survivors are subject to any form of harassment, particularly in the court of social media, this can have devastating consequences. As popstar Rihanna said following her experience of assault, "The victim gets punished over and over." Each time survivors are faced with online harassment, they have to relive their trauma over and over again.

We do not know at this moment whether Hammer is guilty. We do not get to decide.

But when a woman comes forward with her story of alleged abuse, the least we can do is respect it, and not ask why she would put herself in such a precarious situation.