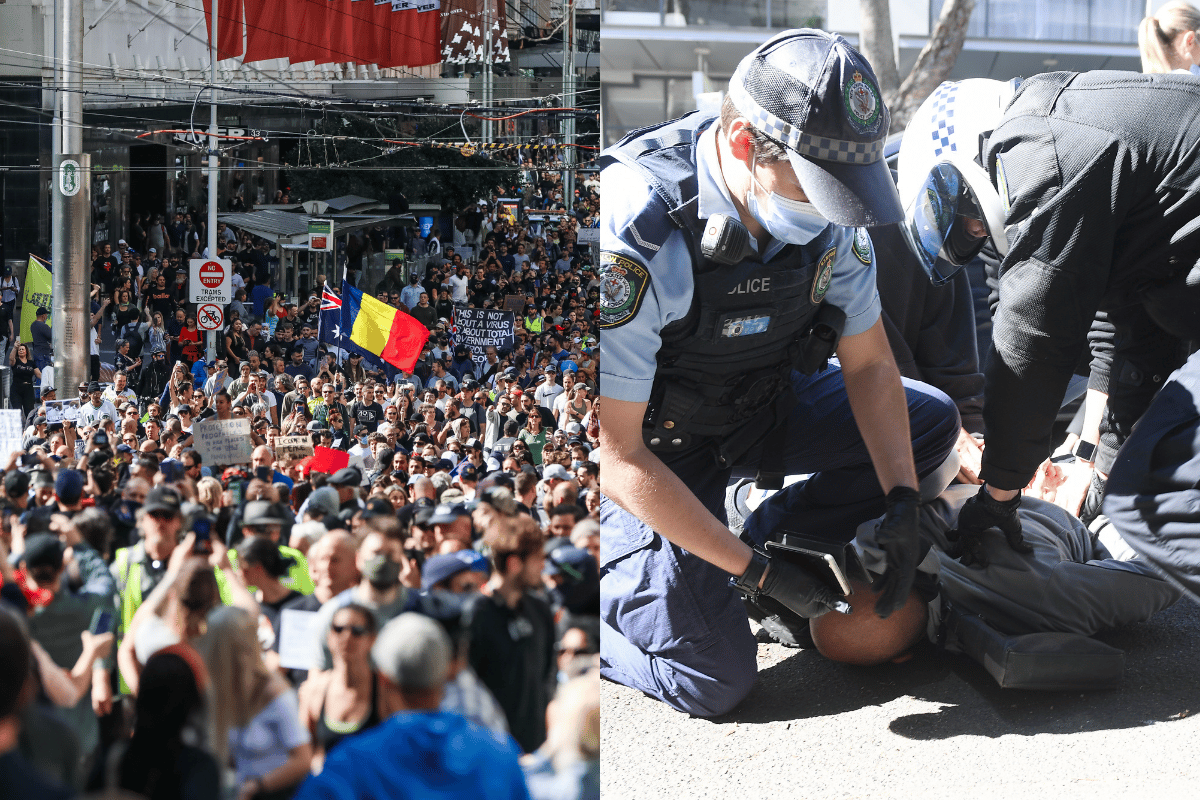 Thousands took to the streets across Melbourne and Sydney on Saturday to protest against stay-at-home orders put in place to stop the spread of COVID-19.

In Melbourne, violence erupted and hundreds of arrests were made as mostly maskless protesters moved through the city.

Meanwhile in Sydney, a heavy police presence was felt in the city, with hundreds of people gathering in Victoria Park before being dispersed by NSW police.

Listen to this episode of The Quicky, discussing the containment of COVID-19 in Australia. Post continues after podcast.

Here's everything you need to know about the protests.

Violent scenes erupted in Melbourne as 218 people were arrested, 236 fines were issued and and six officers were hospitalised during the city's anti-lockdown protest.

More than 700 police were deployed to enforce COVID-19 restrictions in the area.

"While there were some peaceful protestors in attendance, the majority of those who attended came with violence in mind," a Victoria Police spokeswoman said, according to 9News.

"The behaviour seen by police was so hostile and aggressive that they were left with no choice but to use all tactics available to them."

Officers used pepper spray and tear gas to subdue protestors as they broke through police lines outside Parliament House on Spring Street.

"Seven police officers were injured, including two with suspected broken noses, one with a broken thumb and the others with concussions."

"One officer was also treated at the scene for a cut to his neck that didn't require hospitalisation."

In response, more than  $1.1 million in fines are set to be handed down by police and three people were placed in custody for allegedly assaulting police officers. 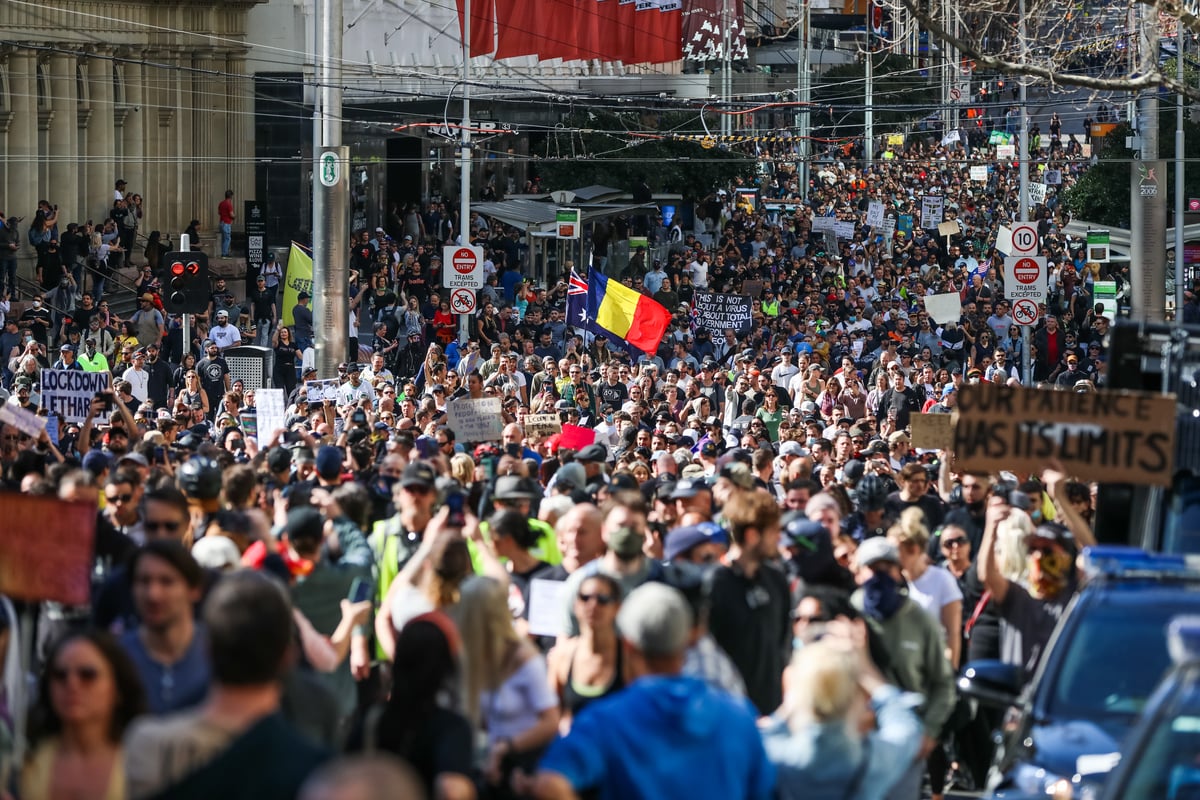 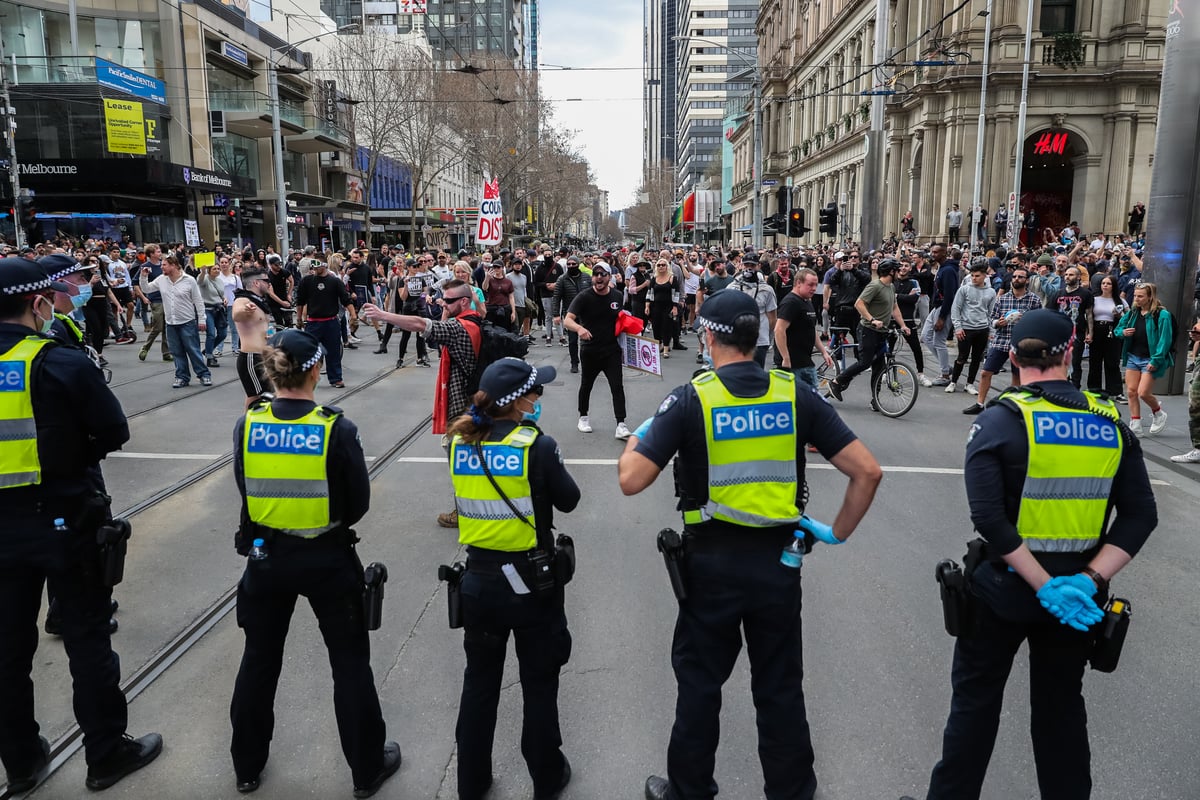 It comes as Premier Daniel Andrews announced regional Victoria would enter lockdown on Saturday, as authorities scramble to contain a COVID-19 outbreak in the northern city of Shepparton.

He said authorities had no choice but to extend Melbourne's lockdown to all of regional Victoria, with stay-at-home orders continuing until September 2.

However, regional centres won't be subjected to the curfew that's in place in Melbourne.

"Sadly, the public health team have advised that, given the Shepparton outbreak and the fact that at least one person travelled to Bendigo and potentially others travelled beyond, there is a very significant risk of transmission right across regional Victoria," Mr Andrews said on Saturday.

On Sunday, the state recorded 65 new locally acquired cases of COVID-19, of which 55 are linked to the current outbreak and 10 are under investigation.

Sydney's anti-lockdown protests drew smaller crowds with over 1,500 officers out in force across the city.

250 people gathered in Victoria Park before being dispersed NSW Police.

Police issued 261 fines and made 47 arrests for COVID-19 breaches on Saturday, most of which were connected with the protest. Officers also stopped over 38,000 cars heading into the Sydney CBD.

However, one officer was injured after being dragged to a road by a protester, Deputy NSW Police Commissioner Mal Lanyon said at a press conference.

On Sunday, Mr Worboys confirmed the police officer who was injured has made a full recovery and is back with his family, after receiving treatment at a local hospital.

"It is just so disappointing that someone turns up to do their job, to keep the community safe, and suffers a head and neck injury that requires hospitalisation," he said.

"That officer will be back at work quickly, which is, again, just an indication of the determination of the New South Wales police to be a big part of the solution to the challenging times that we have." 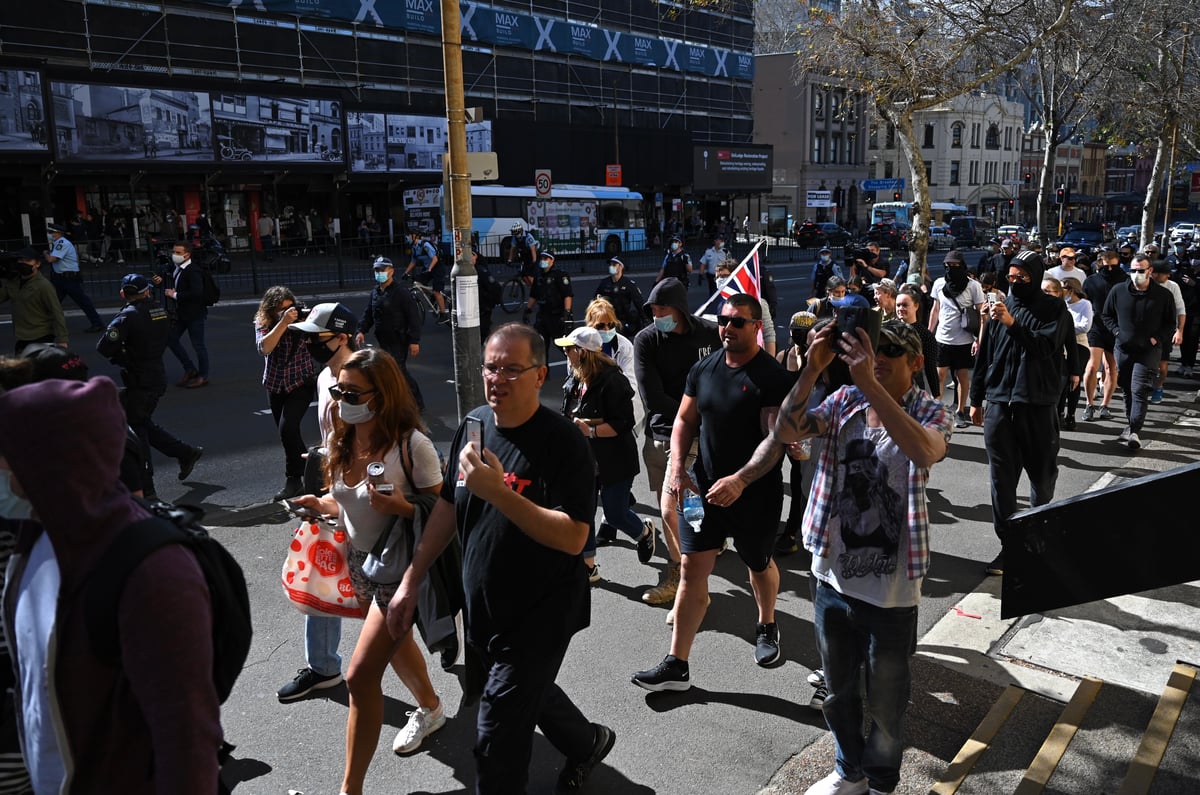 On Sunday, NSW recorded 830 new locally acquired cases of COVID-19, of which 69 were in the community while infectious.

The state also recorded another three COVID-related deaths, taking the total number of deaths in the outbreak to 71.

For those thinking about attending anti-lockdown protests planned for today, Mr Worboys said police are "in front of it".

"In terms of the demonstration of protest activity may occur today, New South Wales police, every single day, is scraping all of those social media sites. They have a number of avenues to get information and intelligence. Nothing surprises us about what these sorts of people may be planning and we are well in front of it."