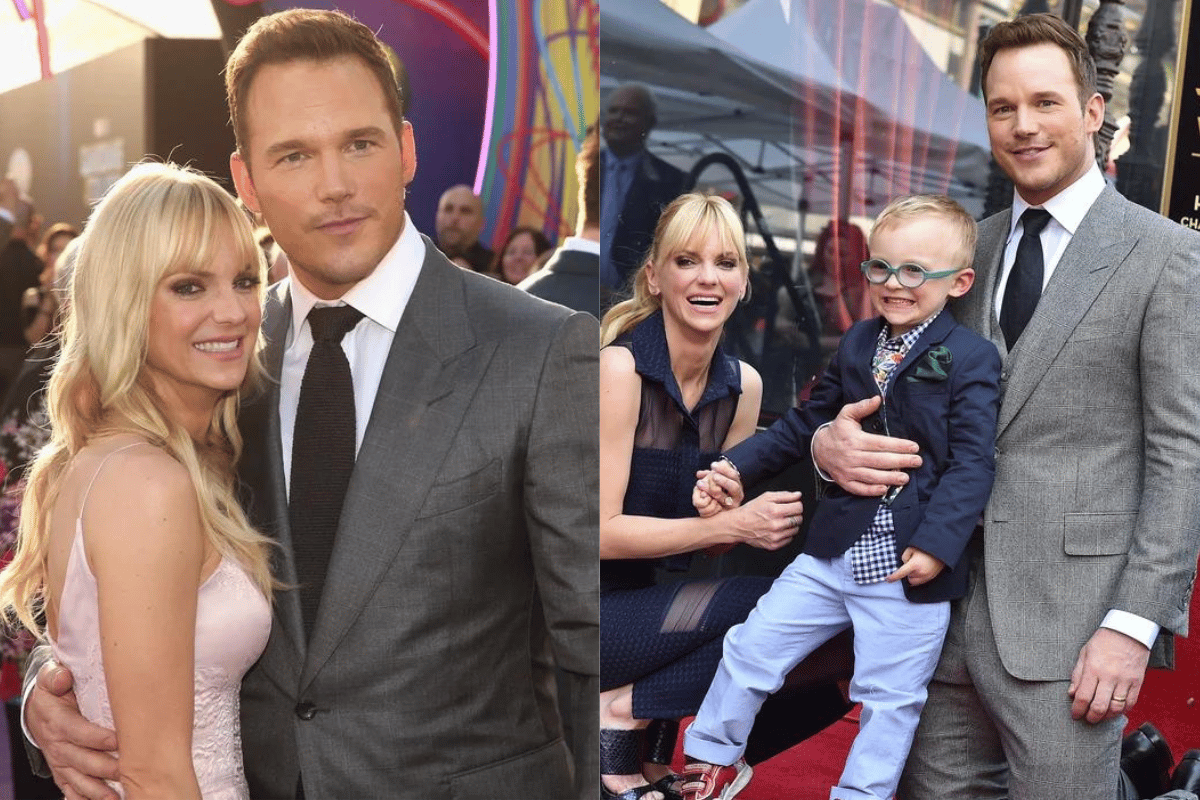 Anna Faris and Chris Pratt were one of those loved-up couples in Hollywood for the decade they were together.

Like many actor-couples, the pair first met on the set of a movie they did together in 2007, and a year later they were dating. By 2009 they were engaged and married, with Pratt telling the press: "I knew I wanted to marry her pretty soon after I met her. It took a while for me to admit it, because it would be crazy to be like, 'I want to marry you' the first day I met her. But I could have!"

And in 2012, they welcomed their first child – a son named Jack.

For the next five years, the couple shared the behind-the-scenes of their relationship, talking about one another fondly in interviews. The heartfelt tributes were common, including one at Pratt's Hollywood Walk of Fame ceremony.

He said in his speech addressing Faris: "With every challenge, with every day, week, month, decade, we become more bonded. You make me laugh like nobody else. You have my heart, my dedication, my trust."

Watch: Anna Faris and Chris Pratt while they were together. Post continues below.

After eight years of marriage, the pair said in a joint statement: "Anna and I are sad to announce we are legally separating. We tried hard for a long time, and we're really disappointed. Our son has two parents who love him very much."

Faris met and fell in love with cinematographer Michael Barrett in 2017 just after her split from Pratt. They met on the set of Overboard, which starred Faris.

"We had an immediate kind of intimacy," Faris told PEOPLE in 2021. "We're both probably introverts in a very similar way. And he has two children and that has been awesome. I've really learned a lot about myself through his kids. It's been really rewarding."

She also said their blended family had spent time bonding during the COVID-19 lockdown travelling in a camper van.

"We bought a camper van and travelled with a portable printer for school," she said. "Jack has been handling this whole thing like a champ. I just feel very happy that my family is safe. And I don't think I've ever been so present."

Then in July 2021, Farris and Barrett married. She later shared on her podcast that they had decided to elope in Washington State at a local courthouse. 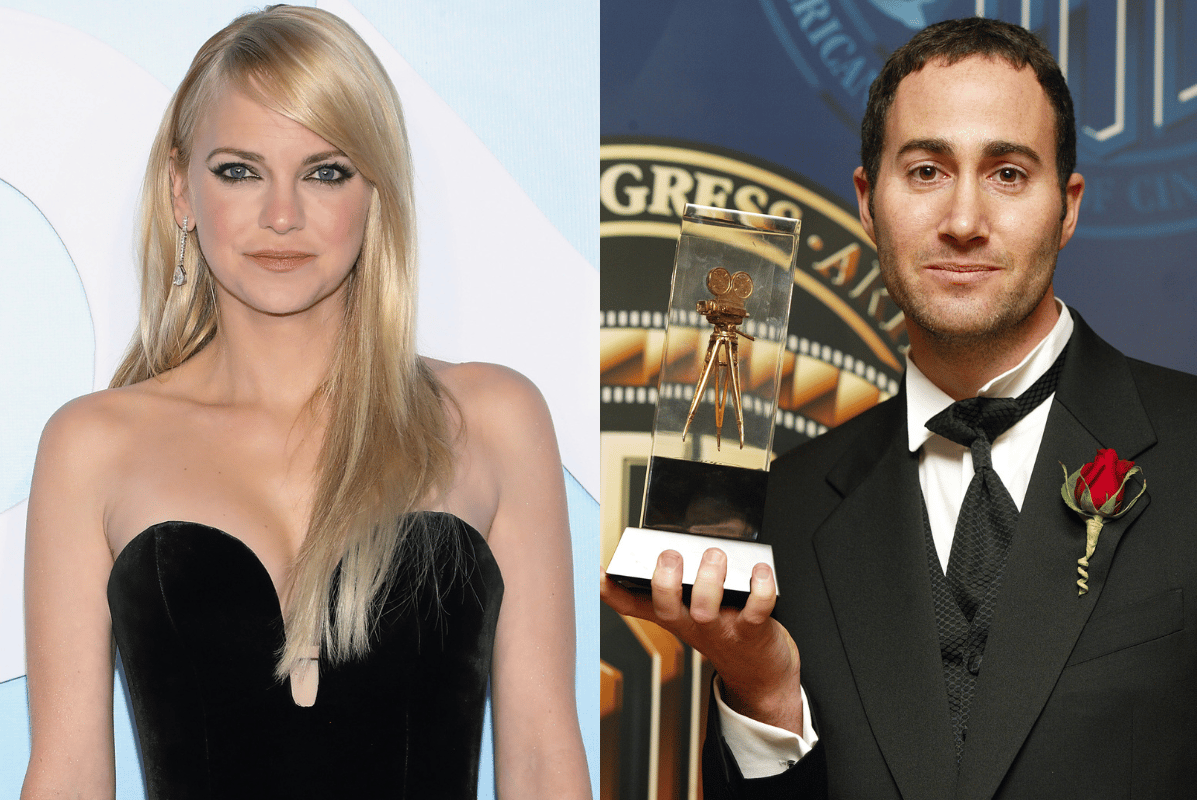 Faris hasn't had any children with Barrett, with her only child (Jack) shared between herself and Pratt.

In 2021, she reflected on her son's traumatic birth at the Global Alliance to Prevent Prematurity and Stillbirth gala event.

"I was 35 – a geriatric pregnancy, as my ob-gyn delicately put it  and I had been having what I thought was a pretty amazing pregnancy. So when I woke up in the middle of the night in a small puddle of fluid, I truly didn't have any idea what to do."

"The first years of Jack's life were filled with doctor's appointments, five surgeries, physical therapy, a lot of laughter – because Jack was and is the most adorable, cutest thing I could ever have imagined."

As for what Faris' life looks like now, she recently finished up on the hit sitcom Mom, and she also has a very successful podcast called Unqualified. She's had some very notable guests on the podcast including Brooke Shields, Matthew McConaughey, Cameron Diaz, Gwyneth Paltrow and Paris Hilton.

She also uses the podcast to give a few updates of her life.

"My two other marriages [first with Ben Indra and Chris Pratt] were with actors, and I don't think we did a great job of eliminating competitiveness. Or at least I didn't, being a proud person, and not wanting to reveal vulnerability," she shared on her podcast.

She also said to Glennon Doyle that she would advise her son not to get married at a young age.

"I don't know if it's too grumpy and cruel to say, but if I could tell my eight-year-old son one thing that maybe he would stick to, I would really encourage him to not get married in his 20s."

It appears from the looks of things that Faris and Pratt have remained close and amicable co-parents since the split.

They have celebrated Halloween regularly since by taking their son Jack trick-or-treating together while also bringing their respective partners along.

"Along with [their partners], they all took Jack trick-or-treating in Pacific Palisades," a source told PEOPLE. "It seems they all get along really well. Everyone had a good time. They were making an effort to make sure Jack had a great Halloween."

In June 2018, Pratt started dating Katherine Schwarzenegger, the daughter of Arnold Schwarzenegger. Then, after less than a year of dating, the pair got engaged in January 2019.

Before Pratt announced the engagement news publicly, he got in contact with Faris. She reflected on the exchange in her podcast.

"Chris texted me this morning and he was like, you know, 'I proposed to Katherine last night'. And I was like, 'Ah! That's amazing'. And I texted him back, 'Just want to remind you, I'm an ordained minister'," she joked, adding that she's "not very good at it".

In August 2020, they welcomed a daughter, Lyla. And this year in May, they had another girl, Eloise.

The couple have chosen not to show their daughters' faces on social media, with Schwarzenegger saying to TODAY: "One of the greatest gifts that my parents ever gave me and my siblings is the gift of privacy and having a really normal upbringing, or as normal of an upbringing as possible."

She continued: "We were allowed to kind of be our own people and have our own identity and kind of choose to step into whatever form of being public we wanted to when we felt comfortable. And I think that was such an incredible gift to have given us kids."

It appears that Pratt and Schwarzenegger are also very religious, with reports suggesting the pair met through the church. A source told PEOPLE that her spirituality was one of the things that attracted Pratt to her.

"They have the same outlook on the world, and their faith ties them together. He's really impressed that she's vocal and unashamed about her beliefs in God, because that's how he is."

The pair celebrated their anniversary earlier this month, with Schwarzenegger writing on Instagram: "Happy anniversary, my love angel face. I love you more every day and feel so lucky to live life with you. Thanks for being the best husband, partner, and father ever. You make me laugh, feel so loved and supported, you fix everything, you're the best postpartum caretaker – making me soups every night – and to watch you love me and our family is the greatest joy."

In November 2021, Pratt found himself in a bit of hot water as a result of an Instagram birthday shout out he gave to his wife. It ended up receiving widespread criticism for its tone and content.

In the caption, he spoke about their relationship, Schwarzenegger's "pure heart", and their "healthy daughter". Some people felt Pratt's comments about Schwarzenegger giving him a "healthy daughter" was a reference to his ex-wife Faris and their son, Jack. While some believed Pratt didn't mean to make a comparison between his two kids and their health, others felt the post was at the very least inconsiderate with Faris and Jack in mind.

Listen to Mamamia Out Loud: Is Chris Pratt slowly cancelling himself? Post continues after audio.

Anna Faris and Chris Pratt reflect on their relationship.

In an Entertainment Weekly cover story, Pratt said that while the divorce wasn't the "ideal" situation, he and Faris made it work as best as they could.

"Divorce sucks. But at the end of the day, we've got a great kid who's got two parents who love him very much," Pratt told the outlet. "And we're finding a way to navigate this while still remaining friends and still being kind to one another. It's not ideal, but yeah, I think both of us are actually probably doing better."

As for Faris, she has said she plans to remain close friends with Pratt.

"We'll always have each other and be incredible friends," she told PEOPLE. "There is still so much laughter in our lives together, and he is so proud of me, still. We watched each other grow, and he still cracks me up all the time. And I think I crack him up – unless he's a really good actor and great at faking laughter."

She added: "Chris and I are really great friends, and I think that we always will be."

In 2019, Faris said Pratt had a "fantasy idea" of vacationing together with their new partners. She said that may be pushing it, but that they will try to have one big, happy family events when they can.

"Grudge-holding is not something that Chris and I do… So, we wanted to make sure, of course, that [son] Jack was happy, but that we were happy and supportive of each other and that we could have this fantasy idea of, do we all spend Christmas together? Do we all vacation together?" Faris told divorce attorney Laura Wasser on her Divorce Sucks! podcast.

And just this month, Faris appeared on Chelsea Handler's Dear Chelsea podcast and talked about the "shift" she experienced after going through each of her divorces.

"I'm like a divorce veteran because I've been divorced twice. It hit hard the first time. I turned into somebody that I didn't recognise."

She said that allowing herself to find love after her divorce from Pratt was difficult, but that she said it "feels healthier". 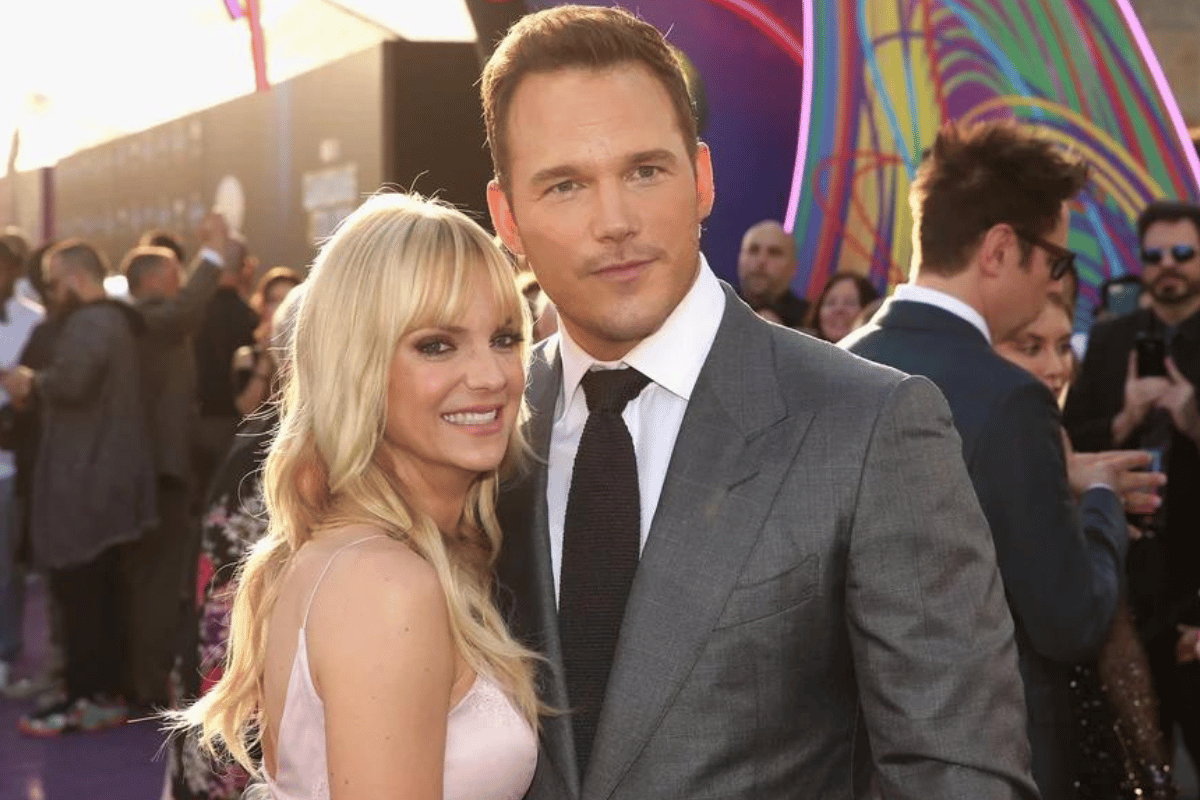