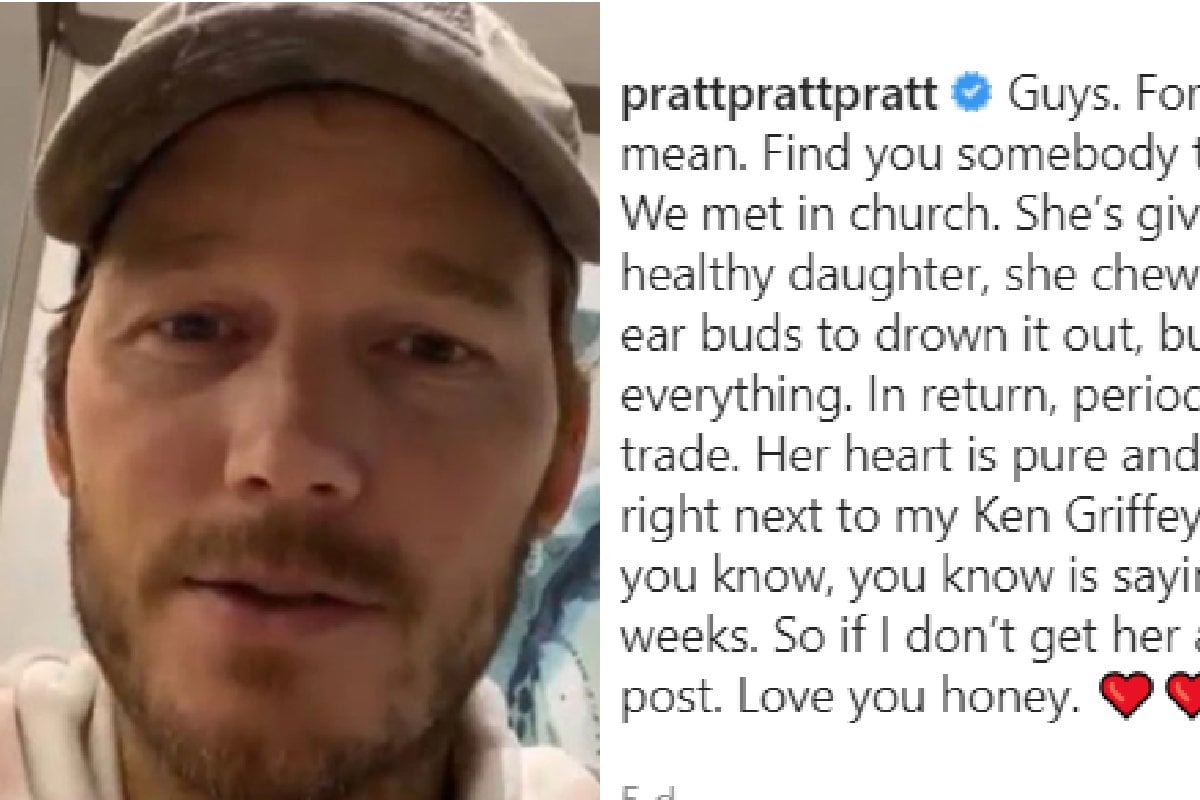 Last week, actor Chris Pratt posted a photo and a caption on Instagram as an early birthday tribute to his wife, Katherine Schwarzenegger.

In the days that followed, Pratt's Instagram post received widespread criticism, spurned countless articles and opinion pieces, and led to his ex-wife Anna Faris and their son, Jack Pratt, trending on Twitter.

What did Chris Pratt do?

On Friday, Pratt posted a photo of himself and his wife Katherine Schwarzenegger on Instagram. The post was intended to be an early birthday tribute to Schwarzenegger, but it ended up receiving widespread criticism for its tone and content.

In the caption, the 42-year-old spoke about their relationship, Schwarzenegger's "pure heart", and their "healthy daughter".

"Guys. For real. Look how she’s looking at me! I mean. Find you somebody that looks at you like that!!" he began.

"You know!? We met in church. She’s given me an amazing life, a gorgeous, healthy daughter, she chews so loudly that sometimes I put in my ear buds to drown it out, but that’s love! She helps me with everything. In return, periodically, I open a jar of pickles. That’s the trade. Her heart is pure, and it belongs to me. My greatest treasure right next to my Ken Griffey Jr Upper Deck Rookie card. Which if you know, you know is saying a lot."

"It’s her birthday in about six weeks. So if I don’t get her anything, I’ll tell her to look back on this post. Love you honey," he finished off his post.

Pratt and Schwarzenegger welcomed their daughter, Lyla, 14 months ago.

First of all, some people felt Pratt's comments about Schwarzenegger giving him a "healthy daughter" was a reference to his ex-wife Anna Faris and their son, Jack Pratt.

Now nine-year-old Jack was born premature in 2013 and he had to undergo a series of surgeries as a result.

Faris has spoken openly about her son's health issues in the past.

"When Jack was born two months early, it came as a huge shock. And suddenly, your world completely shifts," she said on her podcast, Unqualified, in 2018.

In 2014, Pratt also spoke about what the family had gone through at the March of Dimes Celebration of Babies.

“I made promises in that moment about what kind of dad I wanted to be and I just prayed that he’d live long enough that I could keep them,” The Guardians of the Galaxy star said.

“Our Jack went from a small, helpless little squirt to a strong, smart, happy, funny, beautiful boy who loves monster trucks and Daniel Tiger, and, believe it or not, loves vegetables. Broccoli and cherry tomatoes are his favourite foods.”

While some believed Pratt didn't mean to make a comparison between his two kids and their health, others felt the post was at the very least inconsiderate of Faris and Jack.

Chris Pratt’s “healthy daughter” comment might have been an immeasurable foot in mouth moment, or maybe he meant it how it came off. Anna Faris clearly has enough love for beautiful Jack no matter what though. That’s what matters 🤍✨ pic.twitter.com/5kStgsKK8I

Secondly, some felt the language Pratt used to describe his wife and his "ownership" of her was misogynistic.

For example, he said Schwarzenegger had a "pure heart" that "belonged" to him. He also joked that his wife did everything for him, and in return he periodically opens "a jar of pickles".

He also said his wife was his greatest treasure next to his "Ken Griffey Jr Upper Deck Rookie card".

The real political divide in america can be summed up b whether u think this post from Chris Pratt comes off as a) sweet snd normal or b) Cringe and insane pic.twitter.com/Ibp0jt30Jd

How has Chris Pratt responded to this criticism?

On his Instagram Stories on Friday evening, Pratt said he had been "feeling down". 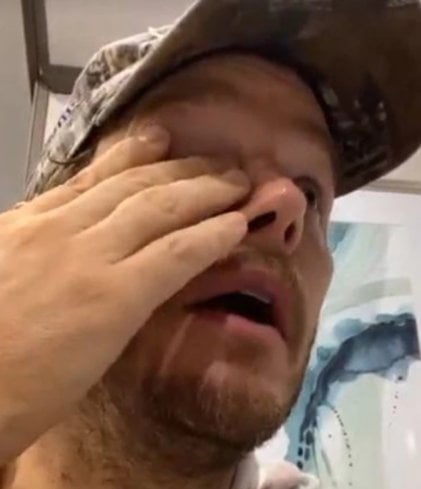 “I knew though if I put on my Christian playlist and I got out in the woods and ran that I would feel better but I just didn’t want to.

“I did it anyways and gosh was I right. It felt amazing.”

What has Katherine Schwarzenegger said?

Schwarzenegger, 31, has not responded publicly to the criticism.

She did comment on the original post, however, saying: "Oh wow. It’s only when I’m eating CEREAL but I love you."

Her mother, Maria Shriver, also commented on the post, showing her support for Pratt.

"I want to remind you today what a good man you are," she wrote on the post.

"I love you Chris, keep being your wonderful self, rise above the noise. Your kids love [you,] your family loves you [and] your wife loves you. What a beautiful life, I'm proud of you xo."

What has Anna Faris said?

Anna Faris has not commented publicly about the post and the fallout.

However, many fans are showing their support for the 44-year-old actress on social media.

Don't worry about finding someone who looks at you like Katherine Schwarzenegger looks at Chris Pratt.

Find someone who looks at you like Anna Faris looks at Jack. pic.twitter.com/Qz9F55JMIs

Chris Pratt plays the same generic Great Value vanilla character in all of his roles.

Anna Faris is a queen. pic.twitter.com/dgddiVEKN9

Pratt and Faris were married from 2009 until 2018. They announced their split in a joint statement in 2017 and finalised their divorce in 2018.

Reply
Upvote
5 upvotes
I mean he jokes that he might not get his wife a birthday present and that she's as important as a baseball card- this clearly isn't supposed to be a complex thesis on his family relations.
Do we have any reason to believe he doesn't love his son just as much as his daughter? And if Anna Faris isn't offended why are we offended for her? They might have a great co-parenting relationship & she might also be happy for him that he doesn't have to revisit the trauma they went through with their son's early health issues.

Reply
Upvote
9 upvotes
I think a lot of this is being blown put of proportion. Saying he's grateful for his healthy baby girl doesn't mean he doesn't love his son. And I'm giving him the benefit of the doubt and assuming that he's making some kind of "super organised, competent wife/overgrown man-child husband" joke, similar to all those sitcoms we've seen for years. It's a bad joke, but I think it's a case of Hanlon's razor - "never attribute to malice that which is adequately explained by stupidity".
S
snorks 8 months ago