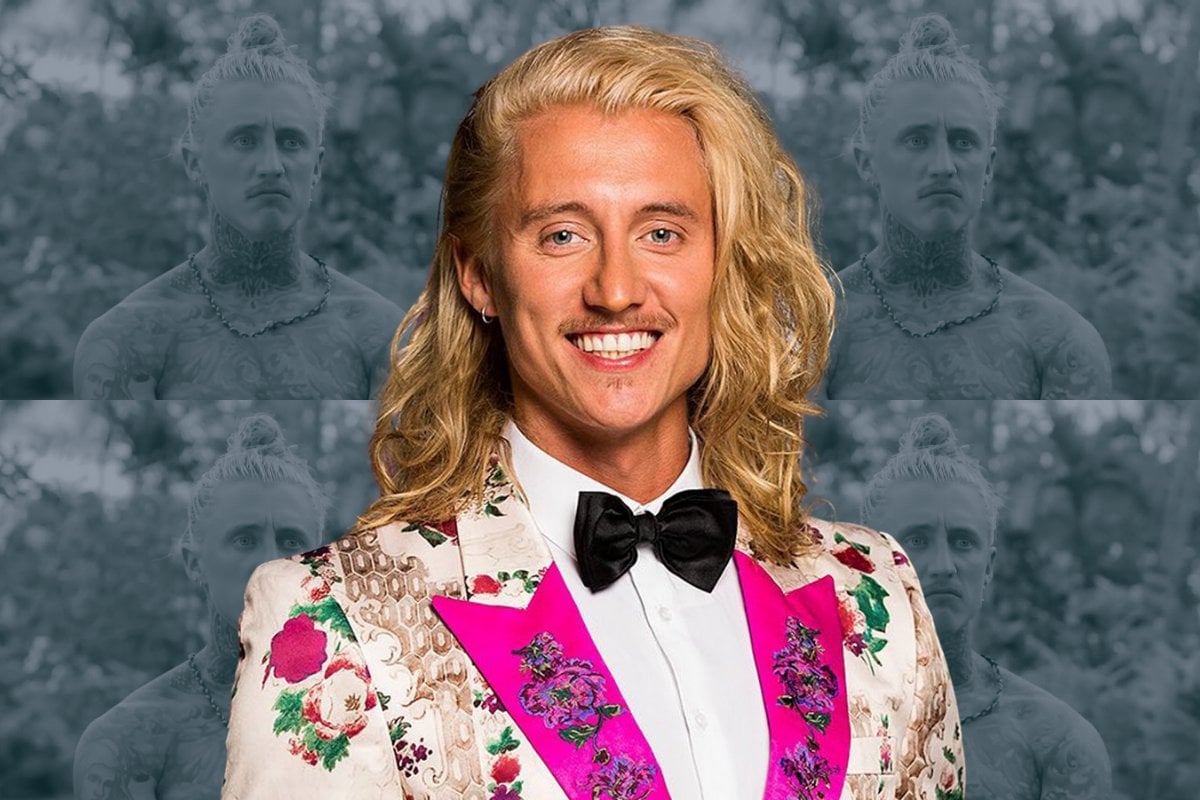 First appearing on our screens on Angie Kent's season of The Bachelorette in 2019, the Brit from Darwin was different from the typical contestants we'd seen in the past.

He was unapologetically himself, often showing that through his fashion, sporting a leopard print necktie, earrings and perfectly blowdried hair, among other outfits.

He was funny, cracking jokes and willingly posing naked in front of Angie, Yvie and the other contestants for a live drawing class.

And he was sensitive, crying on national television as he told Angie his nan had died and he needed to leave the mansion as he was no longer in the right headspace.

We loved him for all of it. 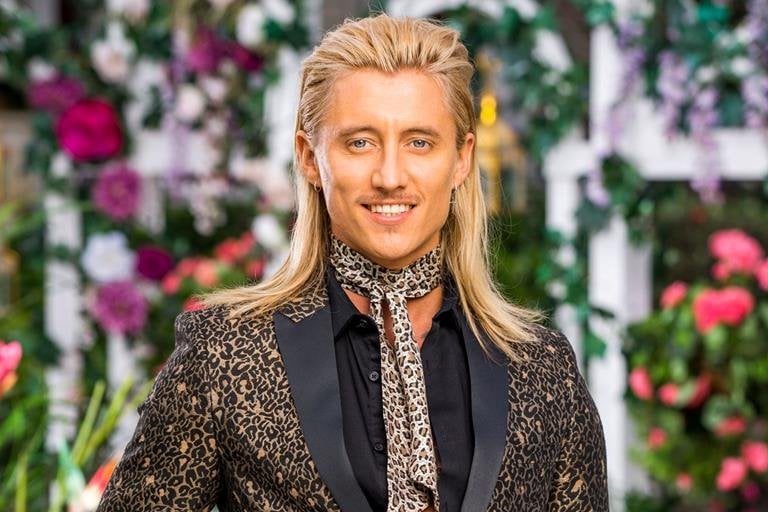 Ciarran on The Bachelorette. Image: Channel 10.

But 10 months later, when appearing on Bachelor in Paradise, we saw another side of Ciarran, and the narrative, and our feelings towards him, changed.

BIP Ciarran was toxic and possessive, often sparking fights based on 'bro code', and lying to other contestants in the villa.

He told Kiki Morris he had slept with Jess Brody earlier in Paradise, only after other women suggested she might not know everything she should.

Then there was that bombshell episode, where everyone found out he was still speaking to his ex Renee while filming The Bachelorette, and they got back together for a couple of months after he returned to Darwin.

He went from being Australia's Favourite Bach Contestant Ever to TV villain. 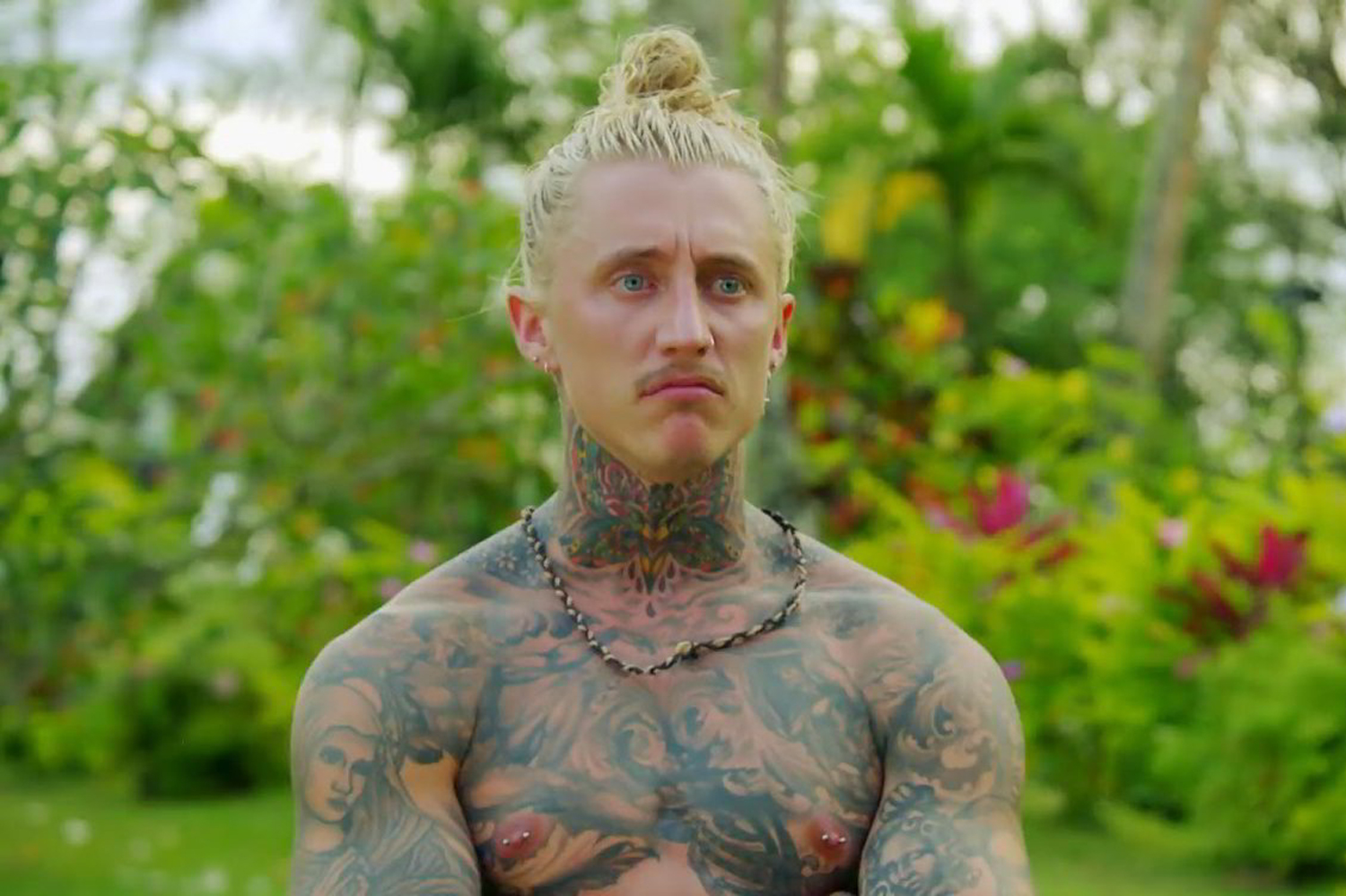 Ciarran knows the narrative changed, and he knows why.

"I didn't go into Bachelor in Paradise with the right attitude," Ciarran told Megan Pustetto on the So Dramatic! podcast this week.

"When I'd just come out of The Bachelorette, everything was blowing up. I was going around Australia, I was partying, I was doing a lot of illegal substances, I was going a bit crazy. I just got caught in the headlights with fame.

"Before I went on the show I thought, 'All this fame, money, partying, getting flown around Australia, this is what I want!' But I let it change me. I didn’t stay true to myself. I started acting different, even my family could see it. I was being distant from them.

"It affected my family, my friends, my relationships that I was in."

Ciarran admitted that while filming Bachelor in Paradise he was "off his head".

"When we got there, they wanted to start shooting the behind-the-scenes prep stuff, but they had to pause it all because I was an absolute mess," he said.

"I was off my head, I was drunk, my chaperone who took me on the flight had to hold my head up because I was flopping around on the plane. I was trying to look like a rockstar because I thought I was.

"I definitely don’t do that anymore, I haven’t been out and partied in a long time."

During the BIP season, producers noticed Ciarran's behaviour and made it a central storyline. He doesn't blame them for his portrayal.

"I’m not going to put it down to edits because it’s all actions that I did," he said. "On The Bachelorette I was sweet, I was myself, but then when the fame got to me, I used that to demise."

"I let it snowball into the worst thing possible and I wasn’t myself anymore," he added.

"I wish I never went on Bachelor in Paradise. Everything went absolutely side-ways for me," he continued.

"I regret everything to do with Paradise, I regret going on the show. If I could push the restart button and go in there again, I wouldn’t have gone in with that attitude."

Now, a year later, Ciarran is living in Melbourne, working as a personal trainer and boxer.

He also appeared on this year's season of The Bachelorette Sweden as an intruder which is... random.

That clearly didn't amount to much as he's now in a relationship with Melbourne woman Ruby Burciaga (who he hasn't posted photos with just yet).

"I do my boxing, I PT, I train little kids and old women. I’ve got my girlfriend in Melbourne, I’m settled.

"Looking back, it was a wild time, but I’ve changed for the better."