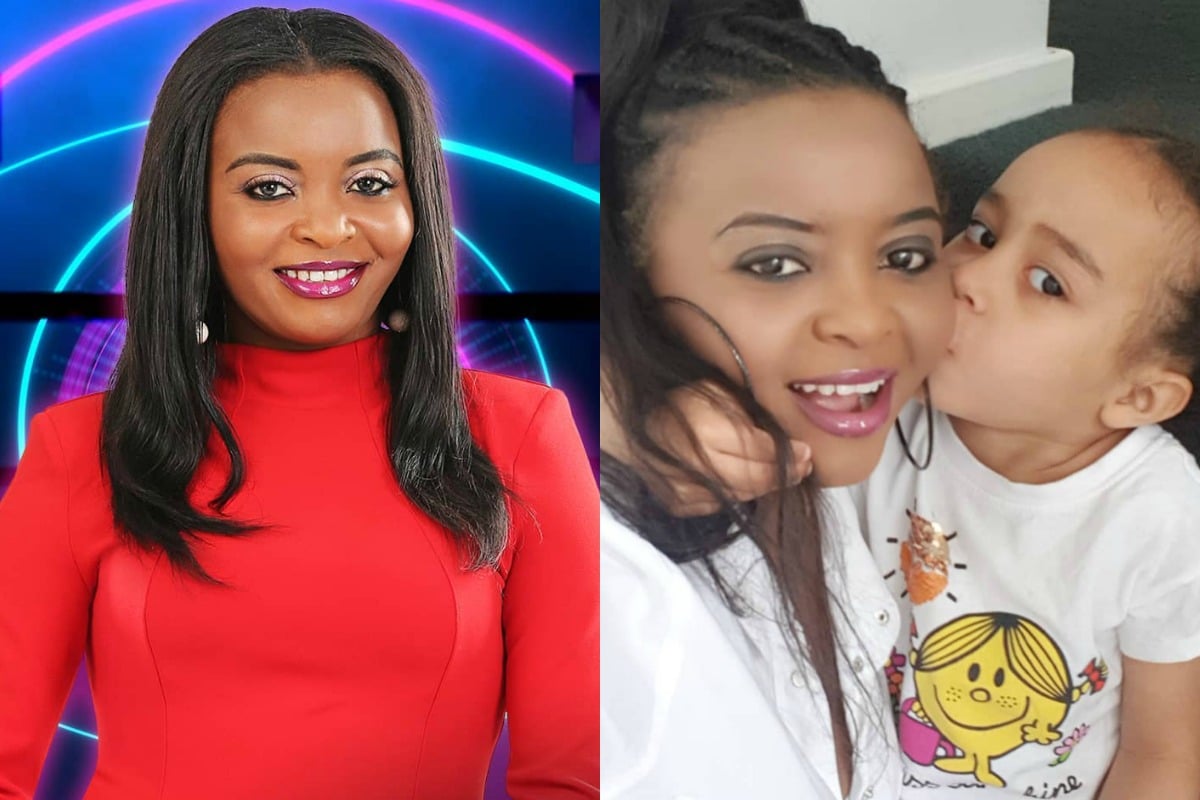 It's been only a couple of weeks since Big Brother 2020 began, but we are already getting to know the new housemates very well.

Kieran Davidson is getting his game plan together, Sophie Budack is making connections, and Angela Clancy is so confident and self-assured, she somehow managed to convince host Sonia Kruger to carry her suitcase into the house.

Angela got an upgrade. #BBAU pic.twitter.com/2KzuzHgROF

If you aren't watching this season of Big Brother, here's what you're missing out on. Post continues below.

But besides her powerful personality, there is much more to this 38-year-old mum of two.

Here's everything you need to know about Big Brother 2020 contestant, Angela.

Angela grew up in Kenya, in an area she dubbed "The Beverly Hills of Kenya". And during her teenage years she watched the African version of the hit reality TV show.

"I used to watch Big Brother Africa and then Australia and always wanted to do it! I got hooked on it," Angela told Perth Now.

But by 17, she was ready to move away from home. So with nothing but her suitcases, Angela headed overseas, alone.

Angela settled down in Perth, Australia, the city she still lives in today.

She went on to study international business, trade and commerce at the University of Notre Dame and then worked as a youth support officer for the Department of Corrective Services.

Now, she's as an event manager.

#throwbackfriday to when I was promoted as a functions & events manager. That's all in the past now. I miss my job 😭 no more public events or functions 😭

Angela is married and has two young children.

And if she does win the competition, she will use the $250,000 prize pool to take her family to Japan’s Legoland.

And something you may have already noticed on the show, Angela loves tea.

Oops I looked at the dishwasher to shock myself by finding 12 cups and there's no one here!!! I just realised I've had 13 cups of tea before 12pm!!!! #ineedhelp #isolife

So much so, that when Big Brother finally allowed her to drink tea for the first time inside the house, she cried.

Relive the moment Angela and tea got back together. #BBAU pic.twitter.com/AgDPzP59tD

And despite only being in the Big Brother house for a short time, she has already made herself at home.

"This is my house, Angela," Big Brother repeatedly told her, after she claimed the house as her own.

"Well, we'll see about that. I'm residing in here, you are out there, so it's my house now," she responded.

And after last night's episode, it looks like Angela's wish has been granted.

Big Brother is handing over control of the House - TO ANGELA! Strap in, she’s taking over, Sunday 7.00 on @Channel7. #BBAU

If you missed Tuesday night's episode, a lot went down.

During the eviction, it was between Marissa, Angela and Chad to go home. And sadly, Angela got the boot.

But thankfully, for the first time on Big Brother, they brought her back to spy on the other housemates.

Omg 😭😭 my new home!!!!!!! They thought they'd got rid of me but honey I'm gonna be watching and plotting my revenge from right here in the bunker 🎉 #nohardfeelings see you on Sunday @channel7 to see what I get up to in @bigbrotherau #BBAU #ANGELABBAU #bunker

And we get to see all that drama go down on Sunday night.