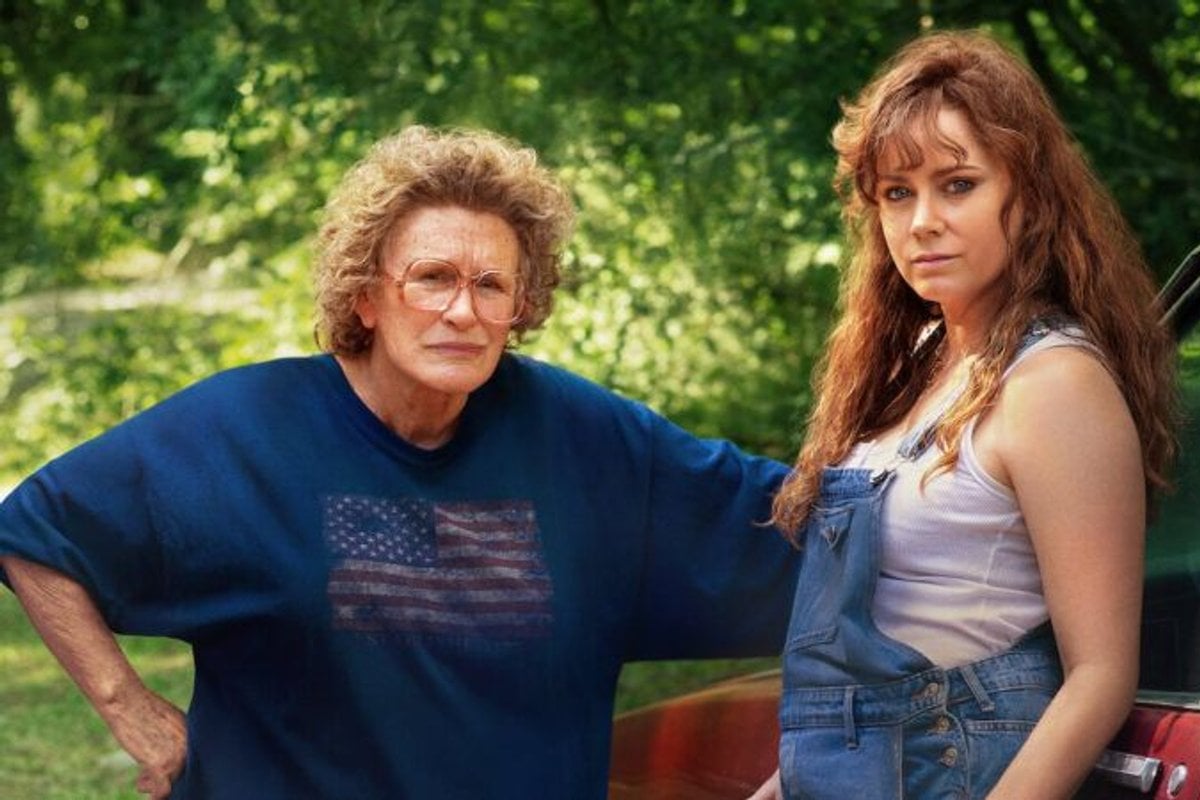 In the first camp are those who are yet to watch Netflix's new movie, Hillbilly Elegy. They're currently going about their day, blissfully ignorant of the viewing experience that awaits them.

They may have seen the buzz around the movie, perhaps they've even read a couple of the bad reviews, but they're not prepared to accept that the movie is really that bad.

After all, the Netflix film is based on J.D. Vance's bestselling 2017 memoir of the same name, it's directed by Ron Howard, and it features both Amy Adams and Glenn Close (in a glorious wig).

Surely, that's the perfect recipe for an Oscar-worthy, compelling watch, they boldly claim.

The second camp is made up of the people who have seen the movie. They're the ones who shake their heads and sigh when you mention it.

If you asked these people to describe the movie to you, they'd probably throw out a bunch of words and phrases that don't seem to make up a cohesive sentence.

Like: Mawmaw, Amy Adams in overalls, screaming the street, Glenn Close in a wig, law school, we're at the hospital again, this seems like a really long day why are they BBQing, Mawmaw's dead, shit there's still 40 minutes to go, oh that's it. THAT'S IT?

Because that's exactly what Hillbilly Elegy is: a bunch of scenes, plonked together, with no clear narrative arc and zero pay off in the end.

The movie, and the book it's based on, follow the story of J.D. Vance (Gabriel Basso), a kid from a working class background in the Ohio rustbelt, who despite the odds, graduated from Yale Law School and became a lawyer. Then wrote a book about it.

J.D's mother Bev (Amy Adams) is addicted to heroin and stumbles from one short-lived relationship to the next. His grandmother, Mawmaw (Glenn Close), ran away from her hometown in Kentucky when she fell pregnant at 13. She smokes and swears and attempts to guide J.D in the right direction through a series of confusing pop culture references.

The movie flashes between J.D. as a law student attempting to secure a summer internship, whilst also trying to find a rehab centre which will take Bev, who has just overdosed on heroin, and J.D as a teenager. 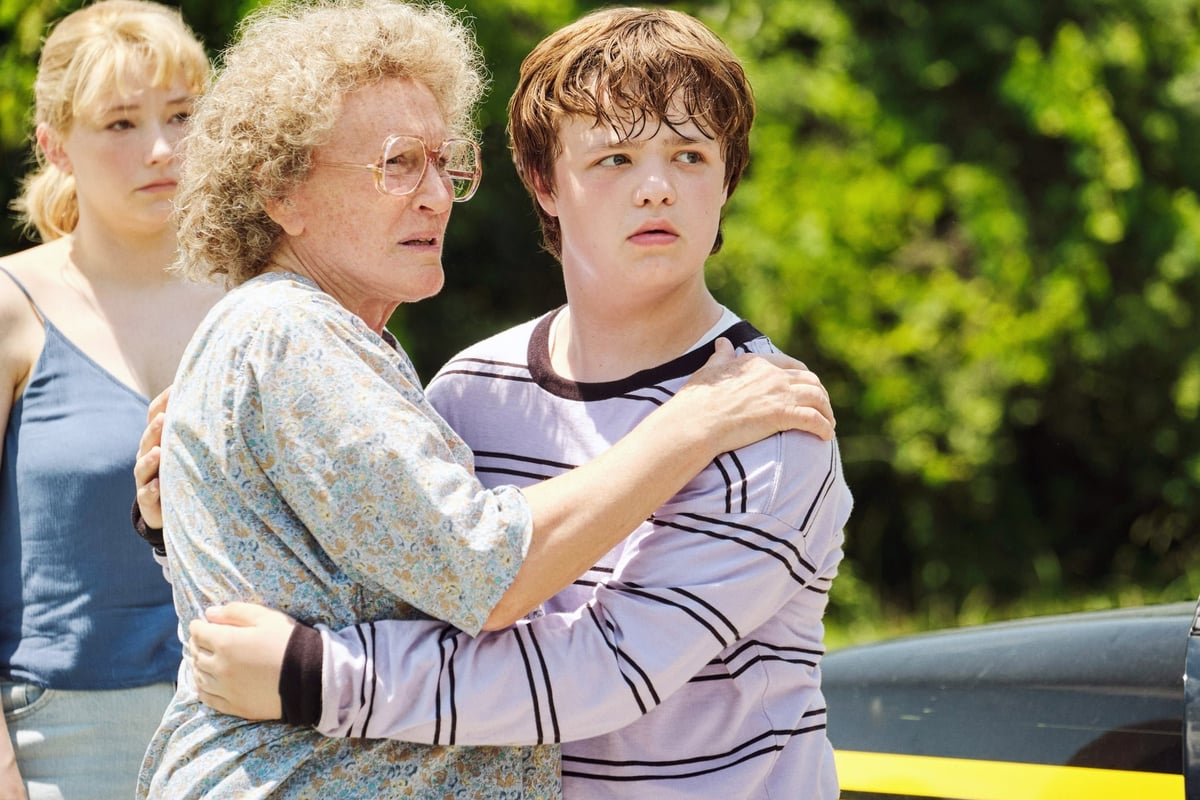 While J.D travels back to Ohio and spends his day phoning around rehab centres, we see glimpses of his life growing up with Bev and Mawmaw.

Snatches of 15 years of his life, that are so short and jumbled, it's hard to emotionally connect with them.

At the end of the movie, J.D arrives back in Connecticut and greets his girlfriend at the door. It's a happy ending of sorts, a signal the J.D is able to move on from his past and embrace the possibilities of his future. But after two hours of wishy-washy narrative, it falls flat.

It's hard to pinpoint exactly where Hillbilly Elegy went wrong.

When the memoir was released in 2016, at around the same time Donald Trump was elected as president, it was held up by both the left and the right as a guidebook to why such a polarising man had landed the most powerful job in the free world.

It was considered the book that captured America's disenfranchised working class and explained why they felt like they had been left behind and how this had fueled their anger.

Maybe, four years later, and with Trump (reluctantly) moving out of the White House, we've moved on from this narrative.

Perhaps it's how the film took two of the best character actors in the business - Glenn Close and Amy Adams - and plonked them into one-dimensional roles that merely required them to run around the streets screaming and rolling out a bunch of dialogue which seems designed specifically to win Oscars.

Maybe it's the fact we've just lived through one of the most uncertain, anxiety-inducing years in modern history, and if we're going to sit down and watch a two-hour movie, we want it to give us some kind of hope or at least offer us a bit of escapism.

One thing is clear, Hillbilly Elegy feels like a movie that should never have been made in 2020.

If you'd like to join the second camp, you can watch Hillbilly Elegy on Netflix now.

Reply
Upvote
I respectfully disagree, 2020 is the perfect time to tell this story and it’s an incredibly important one.
For me, 2020 is the year that I lost my brother to an opioid overdose just before we locked down in Sydney. It’s also the year that I put my mother into rehab for alcohol addiction, after having put my father into the same facility a year before. I’ve been experiencing all of this whilst trying to maintain a professional image in a demanding role, be excited about getting engaged to my doctor fiancé and trying to start a family.
This story isn’t about the disenfranchised working class of America, it’s about the reality of the addiction and mental health crisis we are currently experiencing and become worse in 2020.
It’s also the story of what it’s like to be supporting people with addiction and the toll it takes on a person. It quite beautifully shows the painful reality of the decisions you have to make, the constant anxiety, shame, and disappointment, and finally the hardest moment of sometimes needing to choose yourself over your family.
gu3st 2 months ago